Welcome to the first in an occasional series dedicated to all things running geeky! In this first installment, I’ll be tackling the latest in Disney’s pop culture races, the Disney Star Wars Dark Side Half Marathon (or “Dark Side Half” for less of a mouthful).

A Long Time Ago in a Corral Far, Far Away

Disneyland in California has been gifted with some of the best geeky races. Since there’s no Marvel-themed park next to them, they get to run the Avenger’s Half. Then, a couple of years ago, they added the Star Wars Light Side Half to their race schedule. Needless to say, since I live in Florida, I was rather jealous that my Disney World in Orlando only got “normal” races. Then, after what seemed like light years (yeah, I’m going to use distance to describe time, it’s a Star Wars article after all) Disney announced an East Coast Star Wars race: the Disney Dark Side Half Marathon! I grabbed an entry as soon as I possibly could (which was good, because it sold out in a couple of hours) and started training for my run through the galaxy this past weekend.

I arrived at the Expo on Saturday to pick up my packet. While I always feel at home in a crowd of runners, there was something different about this group. From the overwhelming number of Star Wars shirts, to people stopping to admire the 10K Tie Fighter medals (which had been run that morning), to the small crowd outside the Expo center playing Star Was trivia on the big screen, I knew I was truly among my people. Packet pickup went smoothly and I got my first glimpse of the amazing race shirt – it was all I could do to not wear it right then. But I have my traditions and I never let myself wear the shirt till I’ve run the race. Speaking of shirts, I was a bit surprised that Disney ran out of Dark Side merchandise days before the Half Marathon Expo. They had posted a ton of exclusive items on their Facebook page, but talking to the cashiers, it was apparent that they’d sold out of nearly everything within hours of opening the 5K Expo on Thursday morning. Disappointing that a marketing and sales juggernaut like Disney didn’t think to hold back some merch for each day to give everyone a shot at it. Still, I got an amusing “Judge me by my time, do you?” Yoda shirt, so all was not lost.

After the Expo, it was time to fuel up and sleep! Yes, it was only 4 in the afternoon. But this is a Disney race; they play by different rules. Speaking of, now’s a good time to go over the three commandments of a RunDisney race:

1. Early start times are earlier than you think – When Disney says they’re starting at 5 AM, they mean it. And after parking the car, I still had a ten-minute walk from the parking lot, plus a twenty-minute walk to Corral D. If I got there any later than 4:30, I was going to miss the gun. For me, that meant I needed to rise and shine by 2:45 AM.

2. You will not PR (personal record) – Disney knows a lot about moving a ton of people. As such, they open this race wide. There were approximately 30,000 runners in the Dark Side Half this year. With that many people crammed together, opportunities to sprint ahead are few and far between. Better to downshift and take advantage of all the picture opportunities (I bought a Memory Maker pass to force myself to do just that).

3. Smile! – Speaking of, one of the the wonderful things about a Disney race is all of the characters they have along the course to take pictures with. It’s better to think of the run as one long character line. If you see someone you want to take pictures with, remember Rule 2, hop off the course, and wait in line a bit, otherwise you’ll regret it miles later.

I convinced my body to work at 3 AM, donned my Vader tech shirt, and stuck a cape on my back. After a few tense moments stuck in crazy race day traffic, I made it to my corral with just minutes to spare (pro tip, if you’re going West on I-4, take the exit after the exit they tell you to get off). I might have cheered a little bit when I rounded the corner to the corrals and saw the Hoth battle from Empire playing on giant screens. I was surrounded by Leias, Vaders, Boba Fetts (including one with a sweet, inflatable jet pack), Chewies, R2s… there was even a Lobot with a working headset! There was no doubt that I was in the right place. The John Williams score blared, the fireworks fired, and we were off!

My first impulse was to rabbit out of the chute; but when you’ve got a few thousand people all trying to do the same thing, that got tamped down pretty quickly. What followed was a mile of me ignoring Rule 2 and trying to maneuver and find an opening where I could open things up. Then, right before the first mile marker (which were all blasting Star Wars music and adorned with various characters), I came upon my first character line, none other than R2-D2! My runner brain was telling me to keep going, that I needed to find my groove, get a consistent pace, all the things I tell myself at the beginning of a course. Then I remembered the Memory Maker package I’d purchased and why I was there – not just to race, but to revel in being in a place where my Star Wars fandom was not just embraced, but celebrated. I downshifted, got in line, and took my first character pic of the day.

After R2, I got into a routine of running for a few miles, then stopping. Not always for characters, though – there are some insanely tight spots on the course (a water station at the World Showcase, really, RunDisney?) so it was necessary to walk it out or run over the people getting hydrated around me. Epcot was lit up, with John Williams’ score blasting through every available speaker. Despite the course congestion, it did a fantastic job of setting the tone for the rest of the race.

Hollywood studios was after that, with Kylo Ren and Stormtroopers on the main stage warning us against trusting the Rebellion and encouraging us to run harder to show our dedication to the First Order.

I was a little bummed that we didn’t get to run by Star Tours, but the steps to that section of the park would’ve have made that impossibly difficult to navigate. I was lamenting the lack of character opportunities, until I turned a corner and found a phalanx of the 501st, dressed up as various characters. I took my picture with some Stormtroopers and Boba Fett (who told me “No promises” when I said “No disintegrations”), then tore myself away before I could lose even more time off my pace.

One of the dreaded highway sections of the race was next as I headed to Animal Kingdom. Luckily, RunDisney provided plenty of entertainment along the way, from music to a live DJ to epic lightsaber battles from the movies playing on giant screens at the apex of the overpasses. (I say “epic,” but I was treated to Anakin and Obi-Wan’s final fight from Sith… when a Jedi has the higher ground and says “Don’t do it” as you prepare to leap over him and his lightsaber… Don’t do it! Such a idiotic move for a future dark lord of the Sith).

Animal Kingdom had even more fun picture opportunities. Giant dioramas were set up to place you in the middle of classic Star Wars scenes. There was the ice cave from Empire before we entered the park:

And the trash compactor from A New Hope as we exited.

Inside Animal Kingdom was lovely, as it’s one of the most heavily wooded parks; but what really caught my eye was the second deployment of the 501st! After hearing the classic Darth Vader breathing, I doubled back to take my favorite picture of the day with a couple of Darths:

And then high five a row of Troopers!

The dedication of the 501st volunteers was really impressive. They made what was already a great race even better.

After Animal Kingdom, it was the hardest stretch of the race. I was getting tired, my cape had been trashed (you were right, Dakster, I should’ve used something a bit more permanent to attach it!), and there was nothing but sun in my eyes and highway miles till we reached the finish at Wide World of Sports. I tried speeding up to get things over with, but my right calf started cramping. After that, I grabbed Powerade whenever it was offered (and it was offered a lot – RunDisney makes sure you’re hydrated). Then we took a quick detour down a dirt path in the woods to get to the back of Wide World of Sports and the finish! That was when I made my one major error for the day. I thought I would get around a runner in front of me by stepping off the course to the right, not realizing that there were raised ramps next to the sidewalk. My right toe caught one, my calf locked hard, and down I went. Thanks to the runner who actually stopped and offered his hand to help me back up. I know how compelling that drive is to finish strong in the last half mile, and sacrificing a bit of your own time to help another runner just shows how positive the energy was at this race. After shaking it off, I found my pace again and crossed the finish line with a time that was about 45 minutes over my normal half marathon time – not bad considering how many times I stopped for character photos.

In the end, it wasn’t about the time, though, it was about taking two things that really define who I am as a geek–running and Star Wars–and combining them together. I grabbed my medal, took one more pic with Captain Phasma (who was wonderfully arrogant as she directed runners on where to stand) and it was time to trek back to the hotel for some well-earned rest.

The Disney Star Wars Dark Side Half Marathon was easily the most fun I’ve ever had at a race and I can’t wait to do it again next year (along with the 10k so I can get that awesome Tie Fighter medal)! 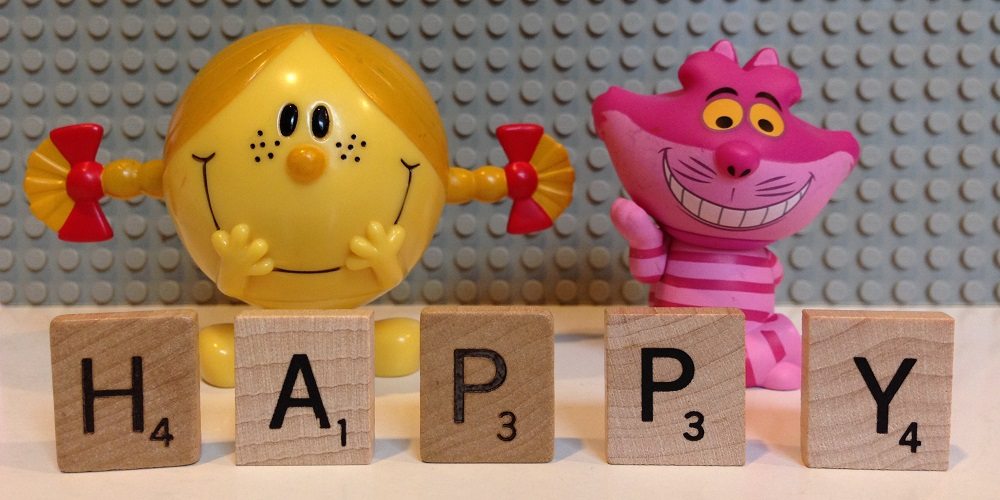 Turn on the Light: February 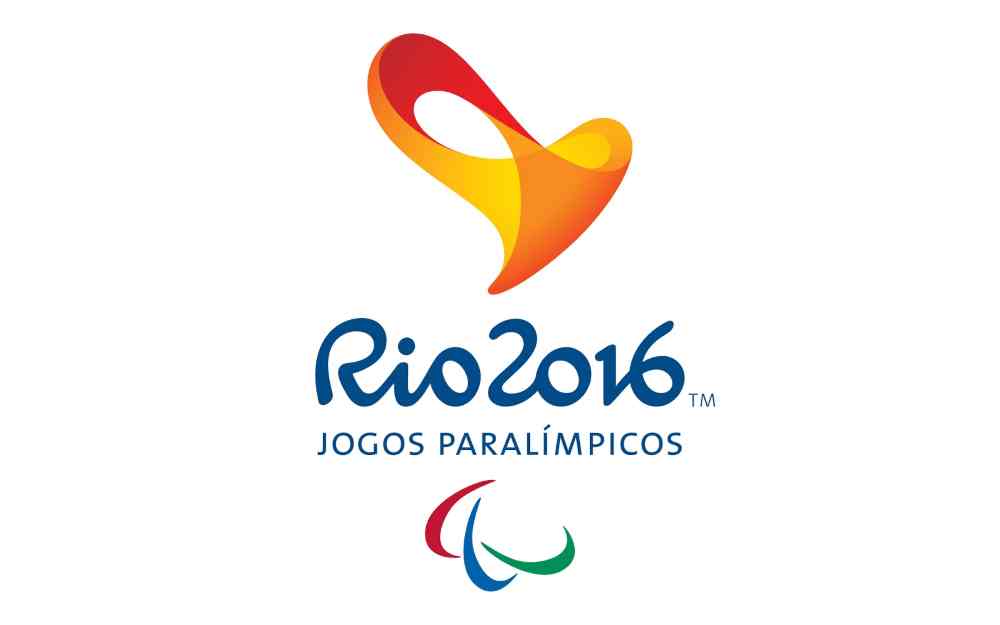