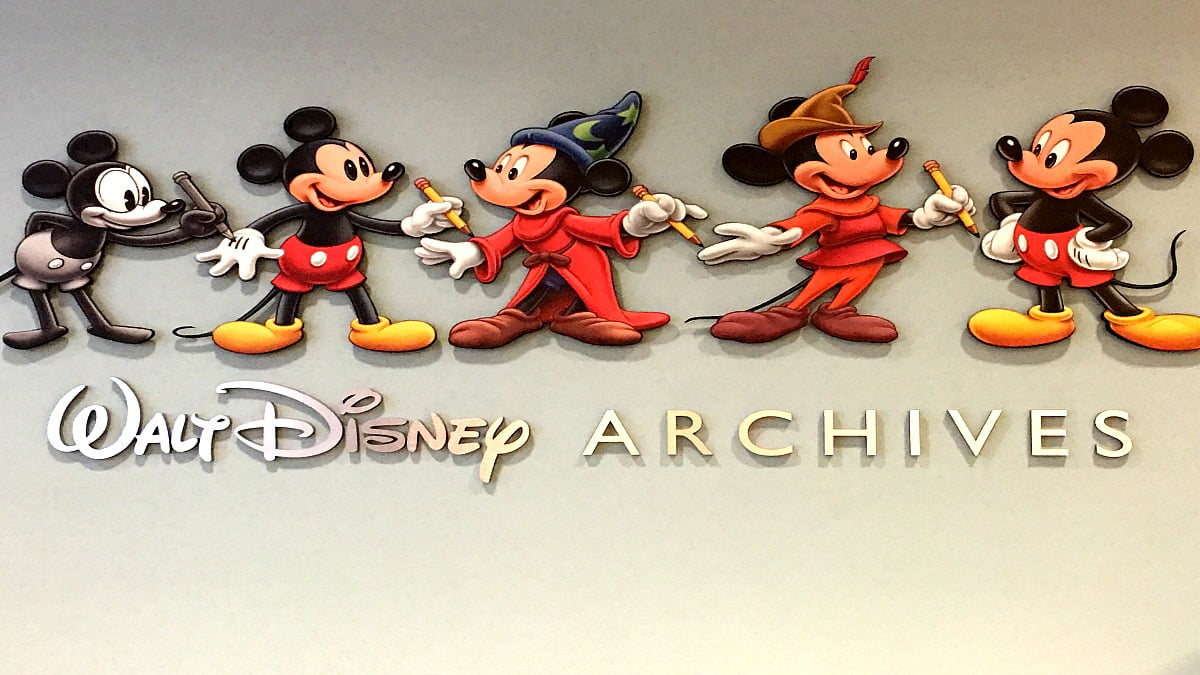 Honestly, I never really thought about the difference between an archive and a museum. That is, I know they aren’t the same thing, each serving a specific, different purpose, but I still figured anything worth saving forever was most likely on display somewhere, and viewing it probably required a ticket. The alternative, I assumed, was that everything was sitting in a dusty storage locker, waiting for my uncle to buy it at auction.

Spoiler: I was wrong.

I recently had the opportunity—two press opportunities—to visit the Walt Disney Archive and the Pixar Archive, as a guest of the respective studios. The Pixar location, which is top secret, was an excursion during a press junket for Incredibles 2 and is not open to the public. The archives at Disney, however, I visited on a press trip with Adventures by Disney and is included for guests booking “Disneyland Resort and Southern California” guided experiences with them.

It turns out archives can vary greatly from each other, too.

The archives at Pixar are a highly efficient, somewhat sterile, incredibly thorough collection. It’s like a space-age ark housing everything from sketches to models, and every press clipping between. It isn’t a comfortable place, nor is it meant to be, but it is overwhelmingly inspiring. If one thinks of Pixar as a Mecca of CGI animation, then their archive is the memory board.

Conversely, the archives of Disney feel like Disney, meaning most of the magic is hidden away in an area that guests can’t see, but what we do have access to is overflowing with warmth and nostalgia. It is an immersive experience, where the memories are tangible fandom carefully curated from Mickey Mouse to the Millennium Falcon. It’s a walk through a scrapbook.

The two archives obviously share a lot, from company synergy to the uniqueness of their subject matter, and while they do have noticeable differences, the stories they hold, and the stories behind those stories, are the stuff of legend.