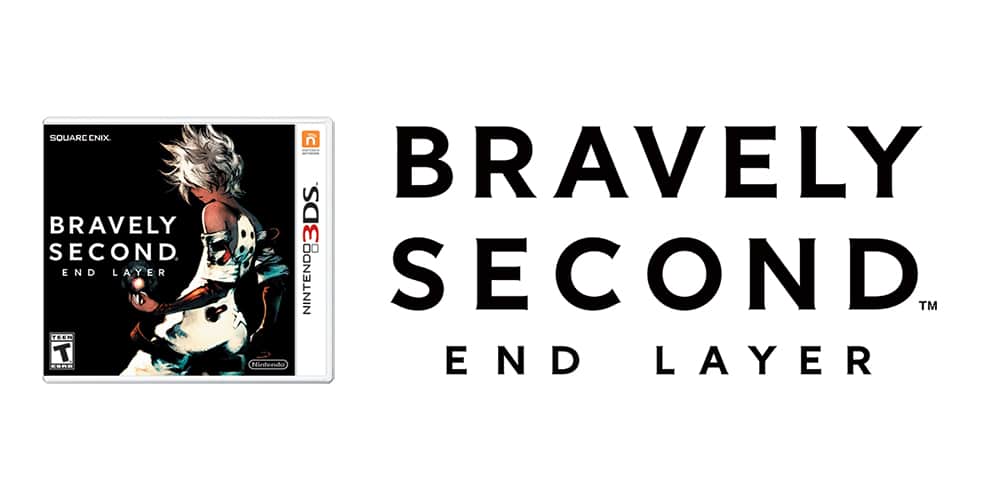 This week sees the release of the Square Enix-published, Nintendo-distributed RPG Bravely Second: End Layer, the follow-up to 2014’s Bravely Default. That previous chapter largely managed to impress with its novel take on the role-playing genre, but does this game follow suit? Here’s what you need to know before you make your purchase.

Will I understand the game even if I didn’t play the original Bravely Default?

I’ll level with ya; I never played Bravely Default. I heard lots of good things, but I never made time to check it out. That said, the most confused I got playing Bravely Second: End Layer was during its game-opening exposition explaining what transpired in the original title.

It was so choked with specialized vocabulary, niche world-building, and over-the-top storytelling at such a rapid pace that I found myself perfectly lost with regard to plot and motivation. Thankfully, from that point on the game elected to show rather than tell, and I got the hang of things quickly.

If you’re wary of Bravely Default spoilers, though, be forewarned. Suffice it to say that if I ever go back and play that game, its big earth-shattering reveals with be significantly less remarkable.

Um okay… So what’s it about?

Picking up a couple of years after the events of Bravely Default, this game primarily concerns itself with the journey of Yew Geneolgia, a young swordsman serving the Crystal Orthodoxy, the land of Luxendarc’s global religious order introduced in the previous title. Yew joins together with a cast of new and returning characters to rescue the Orthodoxy’s reformist Pope who has been captured by the diabolical Kaiser Oblivion. There are, of course, even more sinister machinations at work behind the scenes, and thus in true RPG fashion, what unfolds is an epic tale where the very soul of Luxendarc hangs in the balance.

The game tends to be both combat- and story-heavy, with a lot of emphasis put on knowing your enemies. Your earliest party members start off as Freelancers, a sort of all-around job class that boasts the Examine ability. This will allow you to capture information about new enemies and monsters, which can be viewed during combat to help identify weaknesses and provide a tactical advantage. Subsequent battles with the same creatures yield additional information, all of which is captured in Yew’s helpful and ever-expanding diary.

Thematically, Bravely Second focuses a lot on change and personal development, mirrored both in its robust job system and the manner in which returning characters have/have not shed the trappings of their former lives. This all makes for a gameplay experience that is both staggeringly expansive and deeply personal.

In a manner of speaking, yes. It’s certainly a part of Square Enix’s own peculiar meta-fiction, and many aspects, particularly most of the jobs and spells, will be instantly familiar to FF aficionados.

Still, don’t let this put you off the game if you’re not a Final Fantasy guy. I’m not, but I’ve still found lots to enjoy in BS:EL.

Personally, it reminds me more of a Final Fantasy Tactics game in spirit, though its combat system does have much more in common with that of the core series.

What about the gameplay?

On its surface, Bravely Second sticks close to the long-established fantasy RPG system. You navigate a series of larger overworld maps that occasionally terminate in smaller towns, dungeons, or similar destinations.

Buying and equipping items, weapons, and other gear primarily involves choosing from text lists those things that are both affordable and advantageous. Combat is turn-based, with your heroes on one side of the screen and the enemy combatants on the other.

There are cut scenes as well as optional party conversations that help establish your current goals and destinations and flesh out the finer plot points and their underlying in-game fiction. And I’m sure by this point you’re realizing that none of this is exactly reinventing the wheel.

Still, Bravely Second does have its own unique charms when it comes to gameplay. Early on in the game you’ll be presented with the option to tweak the frequency of random encounters, as well as to change jobs on the fly once each corresponding job “asterisk” has been obtained. 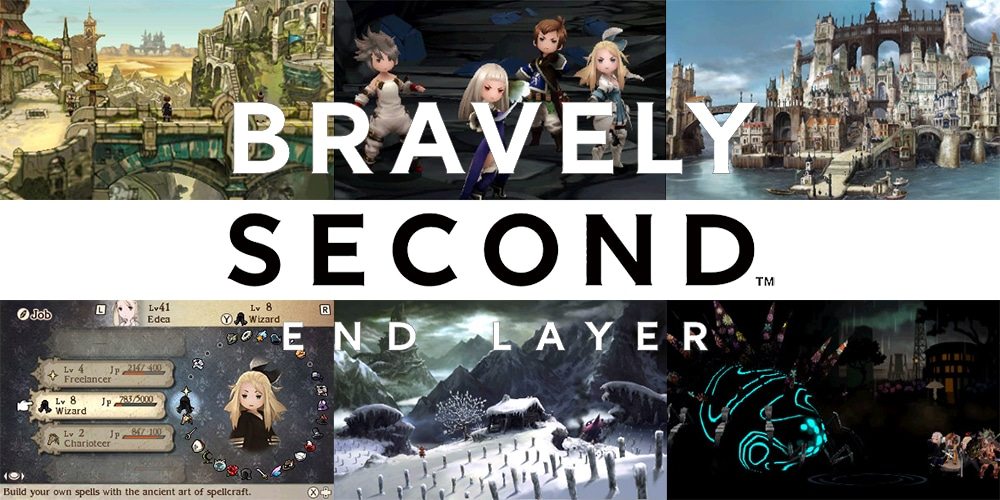 There’s also the series titular “Brave” and “Default” mechanic, whereby party members can choose to bank their turn actions in a defensive stance to save for a later turn. They can even borrow these brave points (BP) from upcoming turns, sacrificing those future actions in favor of instant gratification.

But perhaps what the game does best is entice you to play even when you aren’t actively playing. A new SP gauge fills when the game is running in sleep mode, which, when full, can be used to activate the time-stopping Bravely Second, giving you an edge in combat.

The game is beautiful. There’s a delicate, sketchbook quality to Yew’s diary that bleeds over into some of the cutscenes, but even the character and environmental designs have a warm, hand-drawn feel.

I reckon it’s best described as organic and evocative. It gives a story that’s all about zigging when it should zag some much-needed heart and verisimilitude.

Do I need a New 3DS model to play it?

You do not. Unlike the similarly odd and epic tales of Xenoblade Chronicles 3D or Hyrule Warriors Legends, your old-style 3DS XL will work just fine.

If you’re still rocking the first-generation small-form 3DS, however, you might wanna prepare for some eyestrain.

You see, there is a lot of text in Bravely Second: End Layer, and, while much of it is related audibly by its stellar voice cast, you’re still apt to have to do some serious readin’. Moreover, the cityscapes generally start out in a wide shot to really capture the scale of the environments. Even on my New 3DS (which has a noticeably bigger top screen than the previous model), I often had to manually move Yew and company around to get a feel for where the tiny character model was in a scene.

The camera pulls in tighter once you begin moving, so this certainly isn’t insurmountable. Just be aware that Bravely Second is a big game built with a big screen in mind.

This all sounds kinda… weird…

From Yew’s fixation on gravy to the end of the game’s first “act,” which culminates in what appears to be a full closing credits sequence, though little more than 3 hours in–don’t worry, it lets you pick back up after it’s sufficiently pranked you–Bravely Second is almost too bizarre for its own good.

Thankfully, it has excellent gameplay and design going for it. So, when it throws something like Moon-dwelling francophones at you, you giggle a little bit, shake your head, and then move on.

Of course, later, when you notice that the people of Fort-Lune are highly-trained defenders against the monstrous creatures known Ba’al–thus making Magnolia, I kid you not, a self-avowed “Ba’al Buster”–you realize that, despite its epic RPG trappings, Bravely Second doesn’t take itself too seriously.

So it’s not for kids?

The ESRB has rated Bravely Second: End Layer T for Teen, and it’s not just because of the occasional jolt of juvenile humor. It’s a game about war and politics, about romance and betrayal–all pretty weighty subjects on their own.

There’s also a definite slant toward the use of the StreetPass and internet functionality. You can summon friends to help in battle and borrow their job abilities (known in-game as the Abilink feature). Even the Fort-Lune mini-game is tied to this asynchronous connectivity.

While these elements are all relatively minor, if you’re a parent who’s less than comfortable with these kinds of online interactions, definitely give them (and, while we’re on the subject, the 3DS system’s own parental controls) a look before handing this one off to your brood.

Is it worth it to get the special collector’s edition?

My review copy was just the standard cart, so I’ve yet to get a proper look at the bonus pack-ins. Of course, as of this writing, the game’s special edition with soundtrack CD and 250-page art book is presently unavailable via both Amazon and GameStop.

Whether it will be in stock and readily available come Friday’s release remains to be seen, but, if you’re a fan of the series with an additional $30 to blow, I am certainly not one to dissuade you from grabbing some limited edition collectibles.

I can sum up my thoughts on Bravely Second in one word: Catmancer. 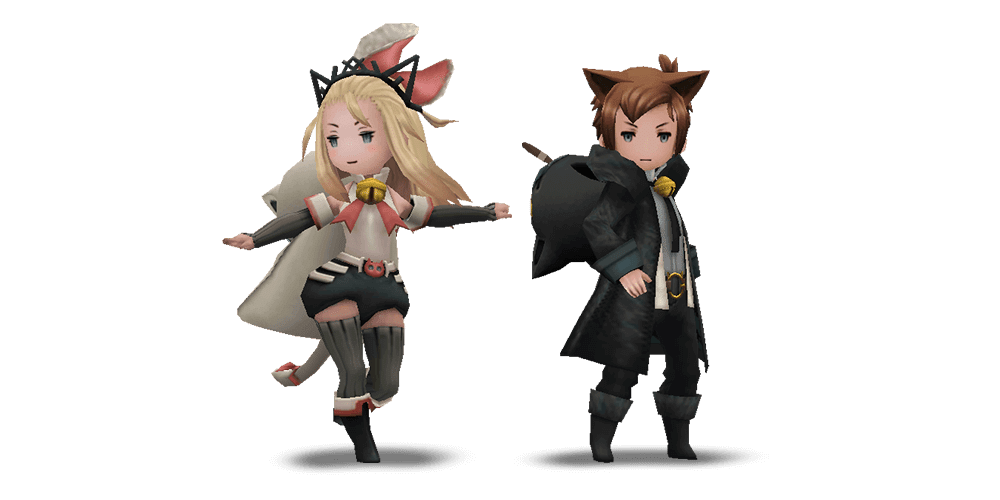 If a game in which Catmancy–which is sort of like traditional Blue Magic… but with cats–is a valid field of study sounds like your cup of tea (saucer of milk?), then Bravely Second is very likely for you. If, however, you prefer your JRPGs a little more straight-laced, consider looking elsewhere. 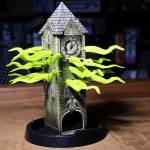 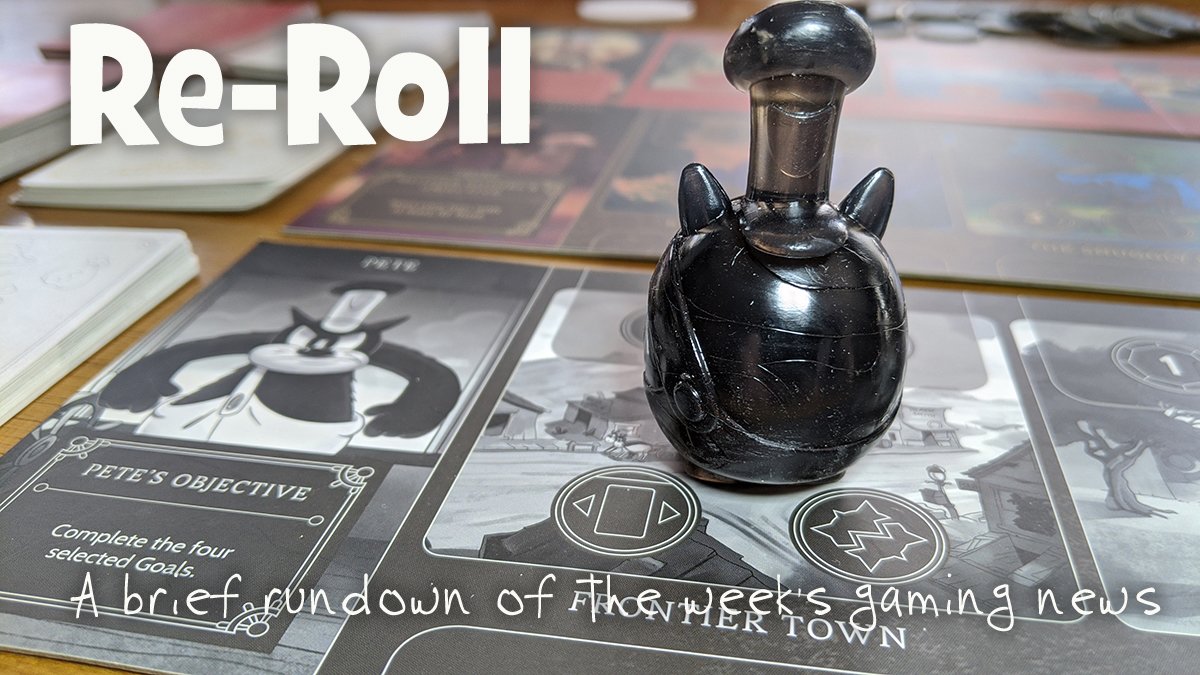 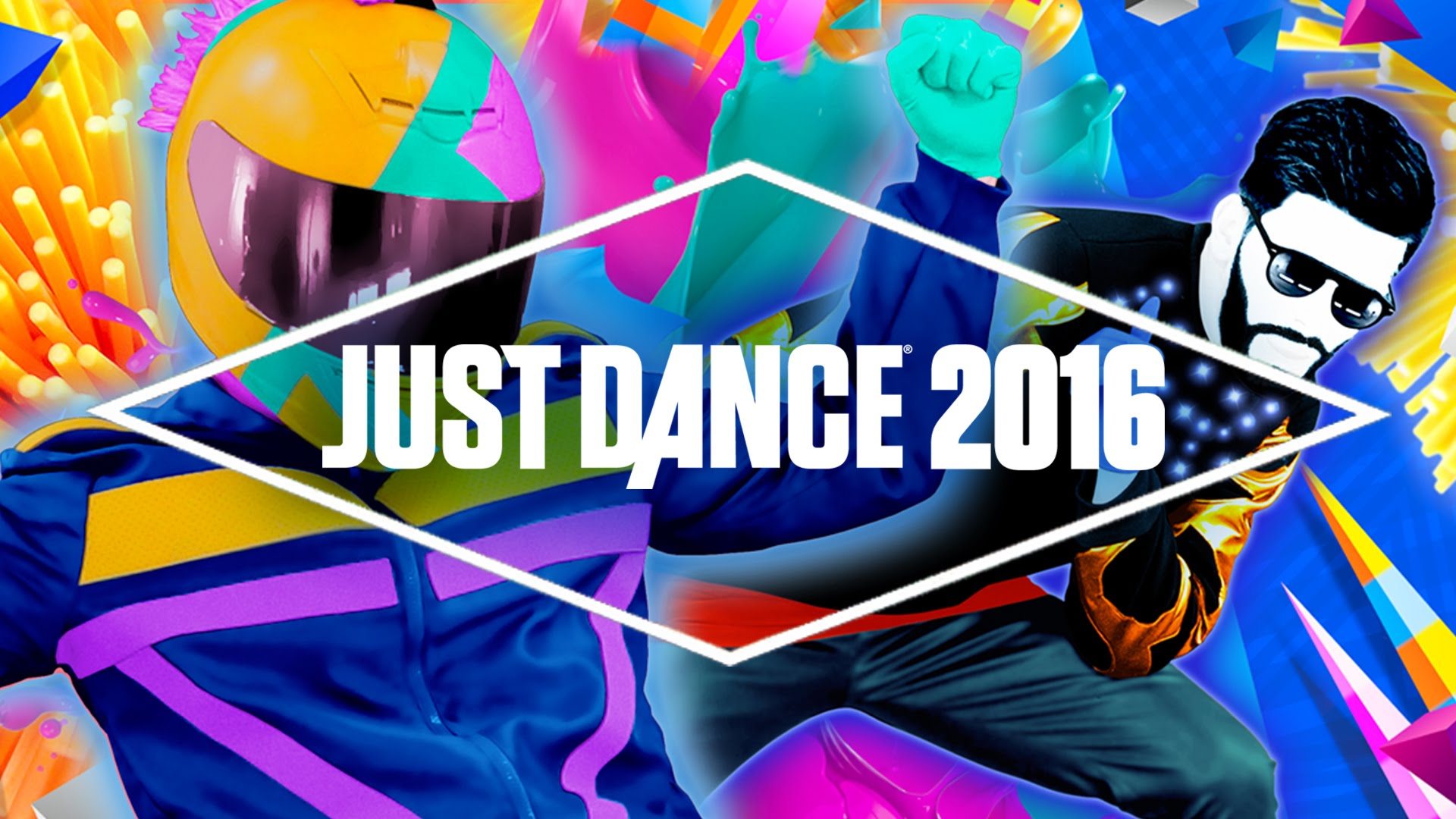