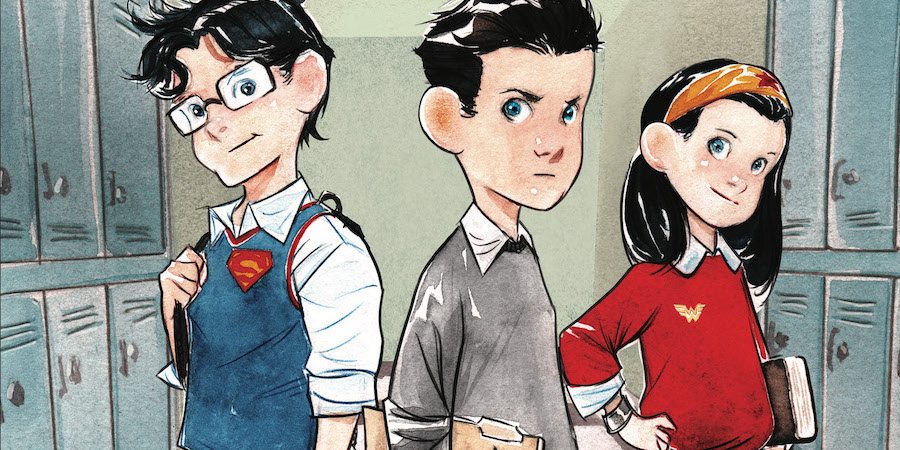 When the team behind Li’l Gotham is back for a unique take on DC’s Big Three in a book for kids, it’s almost a no-brainer for any Batman, Superman, or Wonder Woman fan to pick it up. You know, for the kids. (If you want to share it, I mean.)

Young Bruce Wayne enrolls at Gotham’s prestigious Ducard Academy, where something feels a little off. The students are bullies and delinquents, often praised by the shady staff for their wrongdoings, and class topics are odd. Bruce finds two kindred spirits who also don’t fit in, Clark and Diana, and enlists their help for investigating what’s really going on at the school.

Bruce isn’t one to trust easily, though, so he often acts standoffish with the friendly pair. The three must learn to work together to solve the mystery of Ducard Academy… even if it means putting on a disguise or two.

Study Hall of Justice has a plot that’s a little complex for early readers, so kids ages 8 and up will likely get more out of the book. Kids who are fans of graphic novel hybrids like Diary of a Wimpy Kid or Jedi Academy will love the variety of things to read in this book, from text exchanges between Clark, Bruce, and Diana to a page of comic panels to notes from Alfred in Bruce’s lunchbox.

Grownups who are fans of DC Comics and aren’t ashamed to steal their kids’ book (ahem) will love the multitude of DC Easter eggs, from villainous teachers to our heroes’ schoolmates at Ducard Academy. (“Kneel before Coach Zod!” made me laugh out loud.)

My only complaint is that I would love to see more of Diana, but as the book is told from Bruce Wayne’s point of view, it’s understandable that most of the focus is on him. Fingers crossed that upcoming books in the series are told through Clark and Diana’s journals and thoughts as well, so that kids are treated to all three of their personalities.

Study Hall of Justice (DC Comics: Secret Hero Society #1) can serve as a fantastic bridge to full-length DC Comics comic books and graphic novels. Pick it up to start their kids on their path to superhero super-fans. 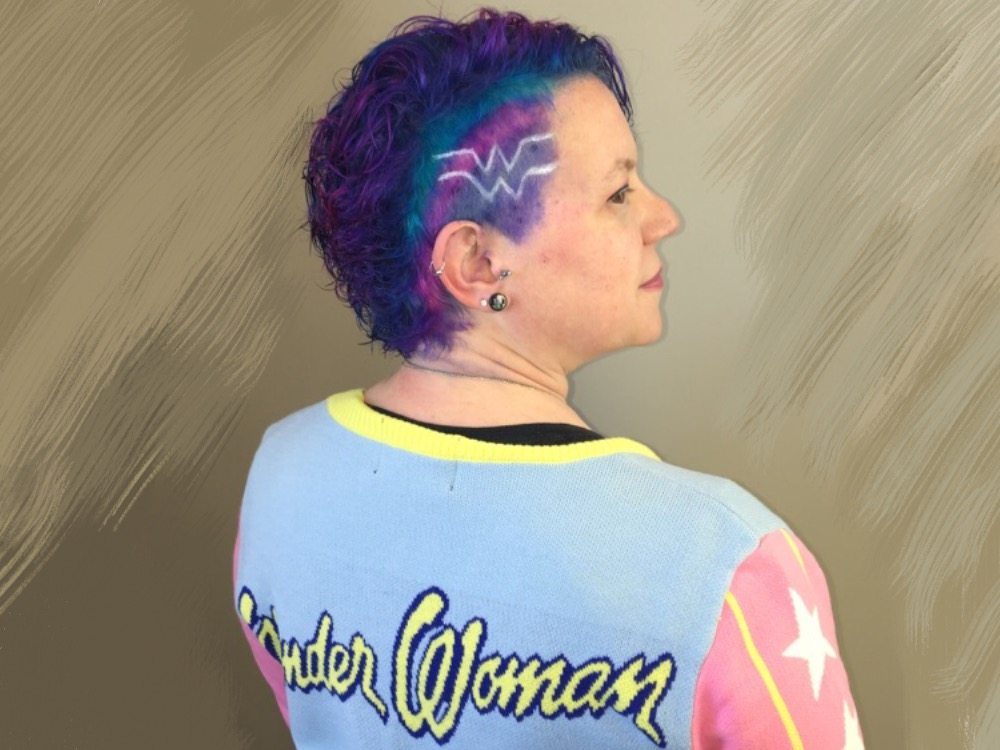