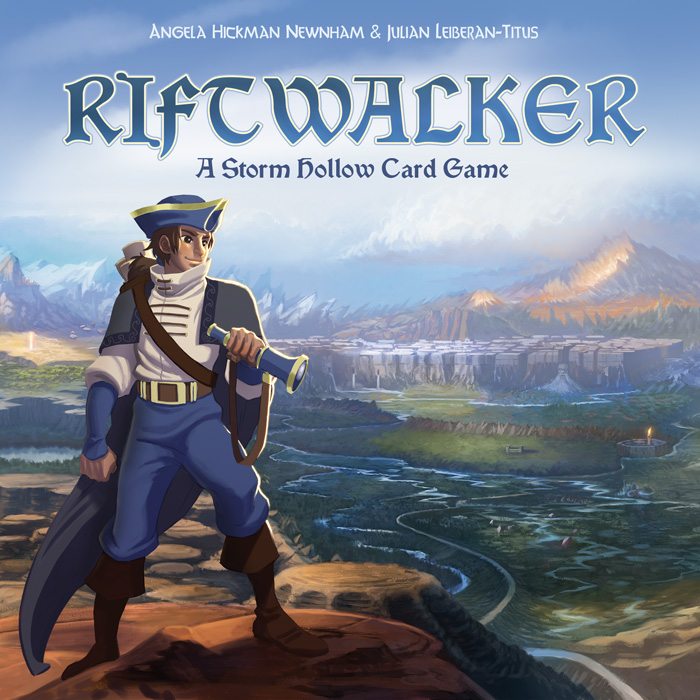 Once upon a time … wait, I’m getting ahead of myself. First I want to show you a cool little card game about manipulating the elements and exploring the rifts of a world called Storm Hollow. What’s Storm Hollow? Well, that’s a longer story. Let’s talk about Riftwalker first.

At a glance: Riftwalker is for 2 to 4 players and takes 30-45 minutes to play. It doesn’t show a recommended age, but I would say maybe about 10 and up based on the gameplay. There’s no inappropriate content but there are a lot of card interactions, so kids familiar with that idea could handle it. The game is currently seeking funding on Kickstarter, with a $15 pledge (plus shipping) for a copy of the game.

The element cards represent the six different elements of Storm Hollow: water, wind, fire, earth, life, and storm. Each card has two different elements on the front and back, with a small index in two corners indicating which element is on the reverse.

Each of the rift cards has a name showing what location (or “rift”) it is from in Storm Hollow, and an ability. Most also have an associated element–there are a couple that have two elements, and the Shadowlands has the Dark element, but those are exceptions. Some cards also have bonus points or additional effects. The rifts also have points (usually 3 and 7) printed on two of the edges, so that they will show when you rotate the card. One tricky thing, though, is that as you shift a rift card, the ability text will be sideways or upside-down, which can make it a little hard to see all of your available abilities at a glance.

The artwork is taken from the locations and scenes from the Storm Hollow game, and it’s beautiful, though in this game they’re at a smaller scale. The elements cards are bright and colorful, and all of the elements also have distinct icons so it’s color-blind friendly.

There is a print and play available for download if you’d like to give it a try before you pledge.

The goal of the game is to score the most points by exploring, shifting, and bursting rifts.

On your turn, you take the following steps: Element, Rift, Burst, Refresh.

Rift: Explore or shift a rift using the chosen element. Explore by putting a matching rift from your hand face-up on the table in front of you. Shift by rotating one of your explored rifts clockwise, increasing the number of points showing. Finally, whether you explored or shifted a rift, you now activate its ability.

Burst: Check the elements grid to see if there are three of the same element in a row (horizontally, vertically, or diagonally). If so, you may burst one of your rifts of that element, as long as it has been shifted at least once. Place the rift into your scoring pile, keeping its orientation so you know how many points it is worth.

Refresh: Discard any number of rift cards from your hand to the bottom of the deck and draw back up to 3 cards.

The game ends when there are no cards left in the rift deck at the end of somebody’s turn, or when a player has burst a set number of rifts (based on the number of players). Each of the other players gets one more turns, and then the game ends. Add up the values of your burst rifts in your scoring pile, plus any bonus points earned. Highest score wins, with ties broken by most rifts burst.

Riftwalker mixes a “match-three” mechanic with card combos, making for a quick game that can allow for various approaches to victory.

When you’re exploring rifts at first, you don’t really care about the overall state of the grid as much, because you just need a single card of the element you want to use. But when you’ve shifted a rift and are ready to score, then you really need to be able to get that three-in-a-row set up. Some rift abilities will help you with this, because your Element phase only allows you to change a single card; rift abilities may allow you to place another element of a particular type, or swap cards around, getting things in place.

One interesting thing about the Element phase is that if you flip an element to use it, the element you just used is now face-down and no longer available for a burst. That makes it slightly harder to shift and burst the same rift in one turn. Placing an element from the deck will add to the number, but is dependent on whatever the top card is. Again, quite often you’ll be relying on your rift abilities to get those elements into the right spots.

Once you’ve burst an element, though, that existing three-in-a-row doesn’t go away. That means that if you set up a line of Earth cards and burst a rift, your opponents have a chance to burst Earth rifts as well on their turns if they don’t disturb those cards. That may inform your strategy about which rifts to choose, so that you don’t unintentionally help your opponents score too often.

The rift abilities are tied to their elements–each element has a particular strength and type of ability. There’s a nice explanation of the themes of the elements in this Kickstarter update. I like that each element has its own focus, allowing you to decide which strategy to pursue–plus, the “refresh” stage at the end of your turn gives you a chance to swap out cards you don’t want to look for ones that match your strategy.

I think Riftwalker is a medium-weight game; the gameplay is not too difficult, and can be taught pretty quickly. However, once there are a lot of explored rifts on the table, it can be easy to suffer from analysis paralysis. For instance, one rift’s ability is to copy the ability of any explored rift on the table–it’s powerful, but it can slow down the game while you sit and look at everyone’s rifts. (Note: most abilities are not like this, but there are many abilities that do chain together with other rifts.) There is a luck factor in what rifts you draw, but being able to figure out optimal combinations of rifts is a big part of the strategy.

However, each card’s ability can usually only be used three times–once when you explore and two more times when you shift it–before it must be burst and put into your score pile. You have to keep in mind that it’s not just about exploring a bunch of rifts, but getting them shifted and into your scoring pile before the game is over. You have to decide whether it’s better to score quickly (and hit the target number) with lower-scoring rifts, hoping that your opponents can’t catch up, or whether it’s worth taking the time to shift up to 7 points before bursting a rift.

So, I promised you a story about Storm Hollow, too, and now’s a good place for a quick interlude. Back in 2012, I met game designers Angela Hickman Newnham and Julian Leiberan-Titus at a local gaming convention, and got to see an early prototype of their RPG-board game hybrid, at the time called Story Realms. Fellow GeekDad Erik Wecks and I played a demo, and Erik posted an interview and more in-depth look at the game. It’s a game that seems perfect for the GeekDad crowd: it has RPG elements and is kid-friendly, and it’s set in the world of stories, which means you can pull in elements from your kids’ favorite tales.

Storm Hollow is a world made up of rifts, territories that have been torn from other worlds and have appeared here, so it’s a fractured place with lots of different personalities. People from our world get transported to Storm Hollow and become heroes, and one of the types of heroes is a Riftwalker, who has a sense of the land and the secrets it holds.

After Storm Hollow funded successfully on Kickstarter, the designers spent a lot of time fleshing out all of the stories, getting artwork done, and building out the pre-made adventures that tell an overarching story. They hit all sorts of stretch goals, which meant there was a lot of extra material to write. Since then I’ve joined the editing team for Storm Hollow and I was astounded at the sheer amount of material there is to proofread. But last year, once the writing portion was finished and it was time for graphic design and editing to take place, they decided to try designing something much smaller–a card game.

That game eventually became Riftwalker, set in the world of Storm Hollow but focusing on one hero type. Their hope is that they’ll eventually create other games for the other heroes, with mechanics that fit each one’s style.

I like how Riftwalker has turned out. It’s a beautiful game to look at, thanks to all of the artwork that was created for Storm Hollow under Dann May’s art direction, and I love playing with card combos and building out tableaus. It’s a nice, small game (I hope the box is appropriately sized) that’s fun to play and offers a lot of variety of tactics.

Note: if you’re interested in Storm Hollow, there is still time to place a pre-order for it as well. More information about what’s included is here. 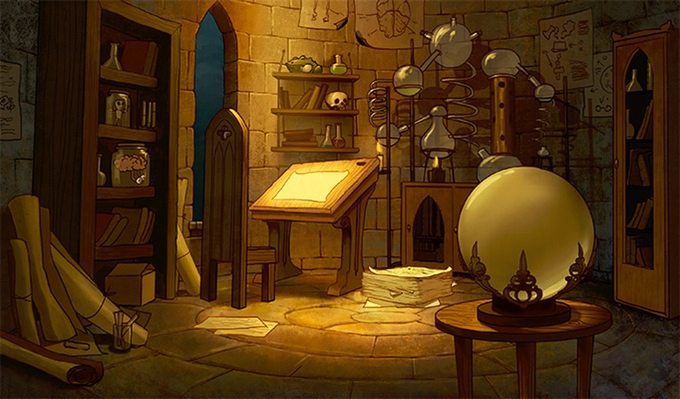 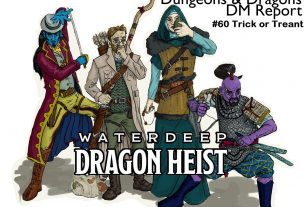 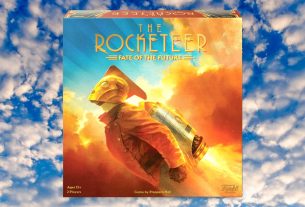