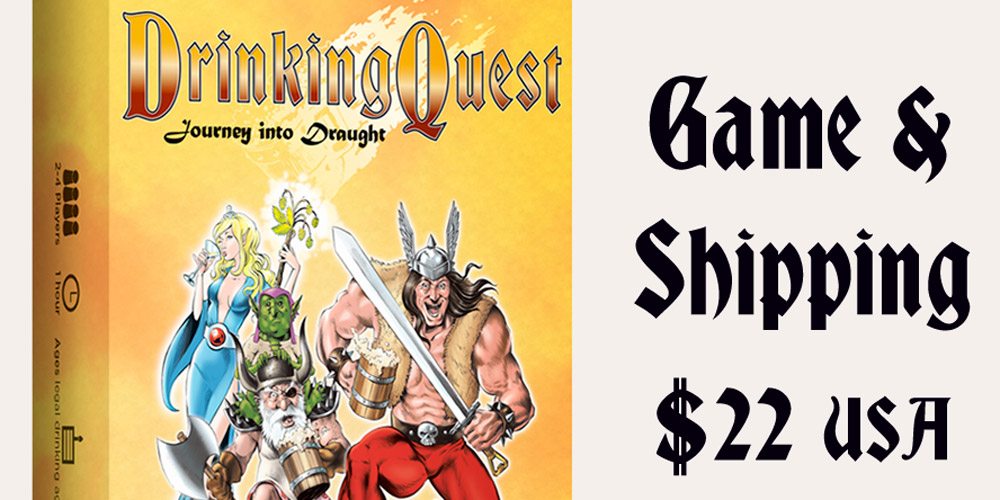 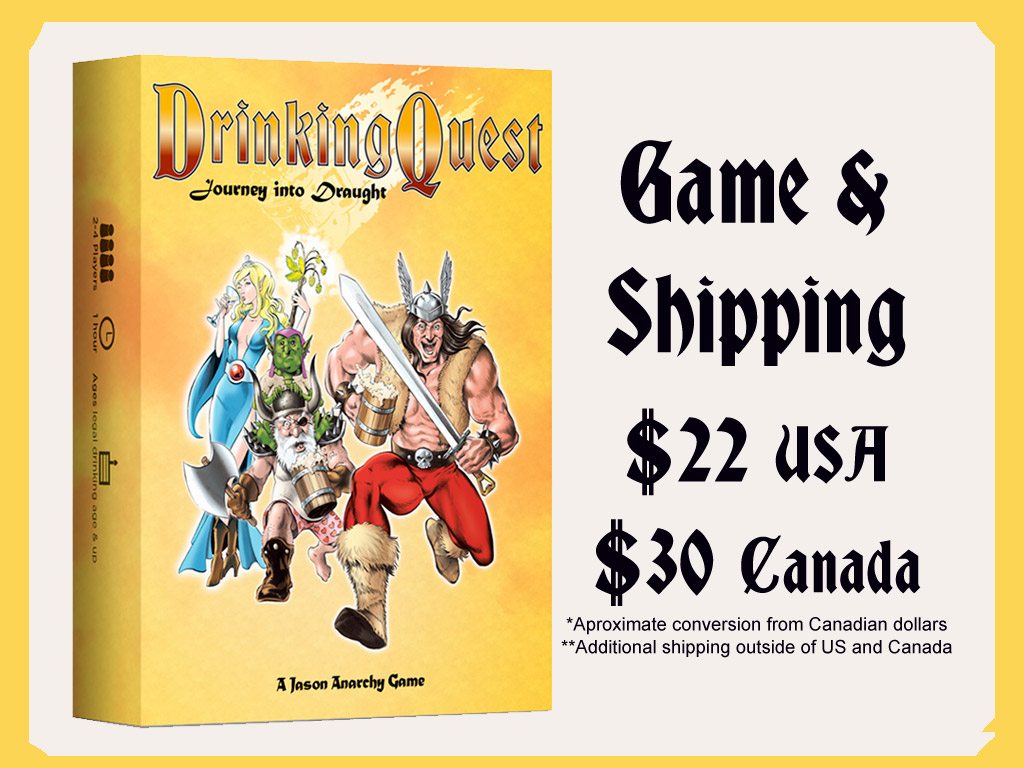 Jason Anarchy is doing it again with another edition of Drinking Quest–the RPG plus drinking game hit–Drinking Quest: Journey Into Draught!

Drinking Quest: Journey Into Draught serves as both a continuation of the series for long-time fans and also as a great jumping on point for newcomers. Anarchy has upped the ante on this campaign including six quests instead of four as in previous games, as well as utilizing the talents of ten different artists, each bringing their own special flavor to the game.

Journey Into Draught comes with 80 Unique cards, three polyhedral dice, a pad of character sheets, an oversized shop card, and instructions in a two piece box. The game is for two to four players, plays in about an hour, and is really not for kids. There are non-drinking alternate rules but there is bawdy humor including sex, drinking, and violence. This is not an RPG for the little ones!

For those of you not familiar with the Drinking Quest series, here is a quick intro the game play. 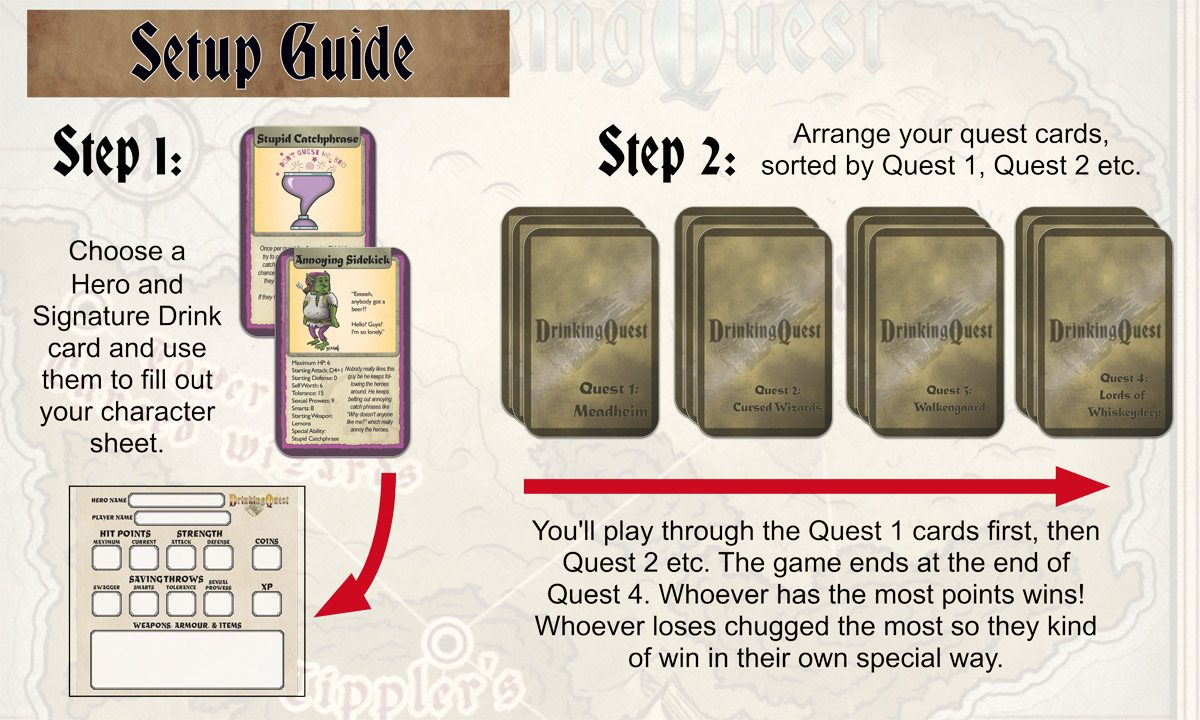 Each player selects a character and fills in a character sheet based on the Hero and Signature Drink cards. Each Quest deck is laid out in order from one to four (or six if you plan to also do the two bonus quests). 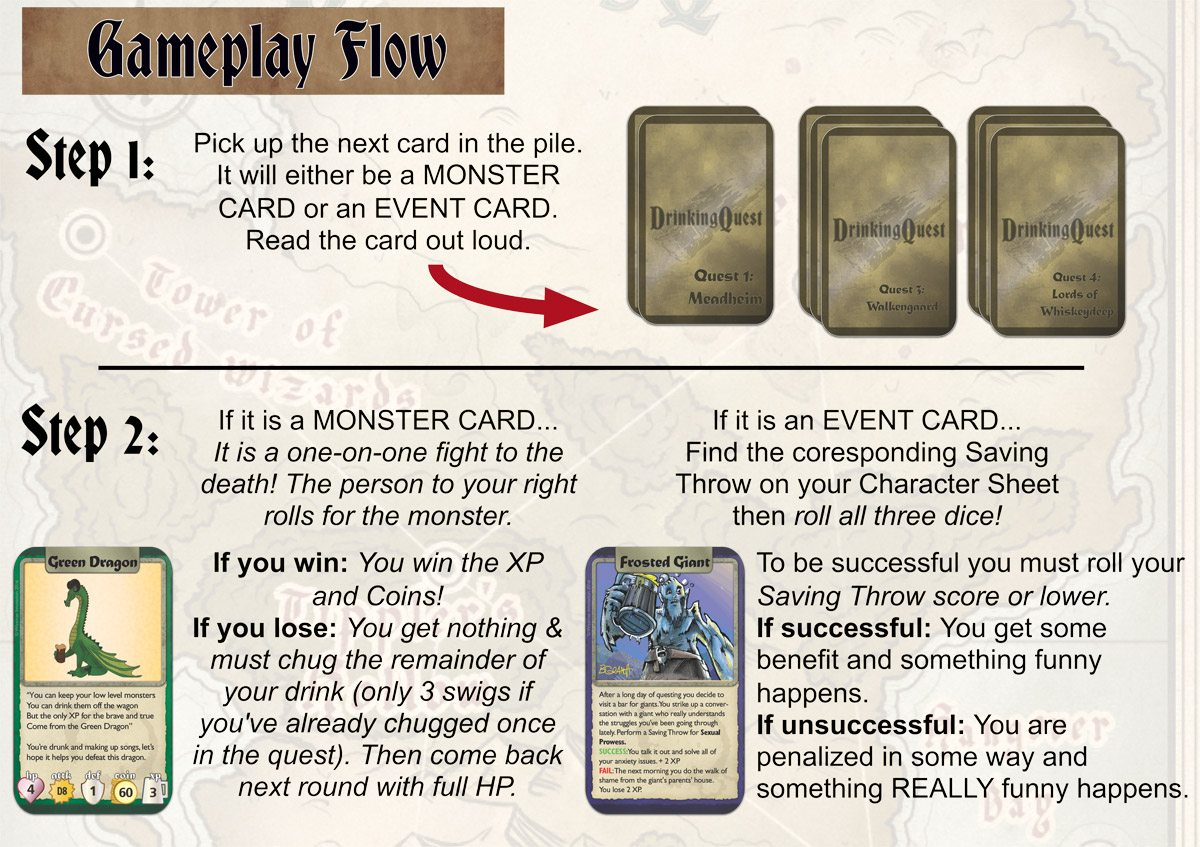 Each player takes a turn drawing a card. Each card is resolved by rolling dice–either battling a monster or rolling a saving throw for an event–so there isn’t really any skill involved. This keeps the game very easy and quick-moving (both good things since you’ll be drinking). When (not if) you die, you’ll be chugging your drink to revive your character. Note: Although you can be revived via drinking multiple times, the chugging only happens once per quest to limit your consumption of booze. And as always, you know your tolerance levels, so choose a beverage and glass size appropriately!

At the end of each quest, players can visit the shop to buff up their characters for the next quest with the loot they earned during the previous quest. Pretty straightforward, right? 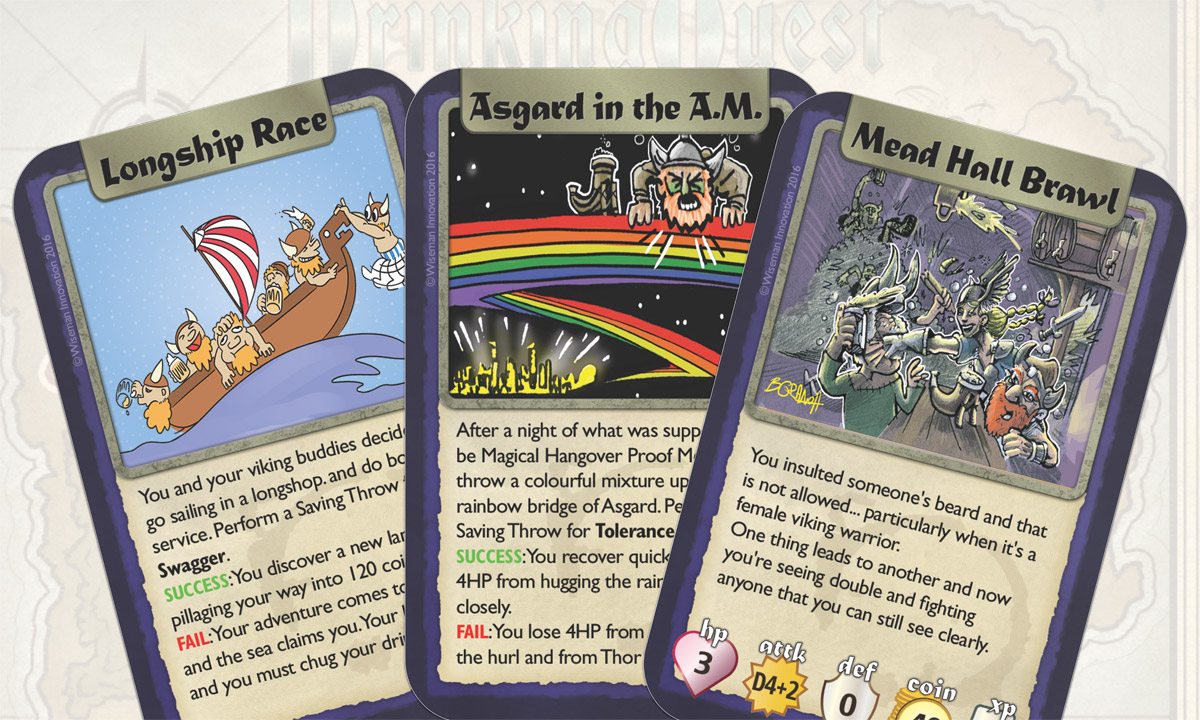 I don’t want to give away too much of the quests, plus some cards are better to not let young eyes see by mistake, so I’m only including a couple of samples here. More are available on the campaign page. (You can thank me later for your kid not wondering why Cthulu is wearing a red thong.) Quest 1: Meadheim contains all the Viking stereotypes you could hope for, a bunch of crappy loot, and the villain Metal Beer. The other main quests are Cursed Wizards (featuring a tower full of cursed wizards), Walkengaard (poking fun at all the walking characters do in RPGs), and Lords of Whiskeydeep (where the heroes find themselves in charge of a ritzy harbor town). 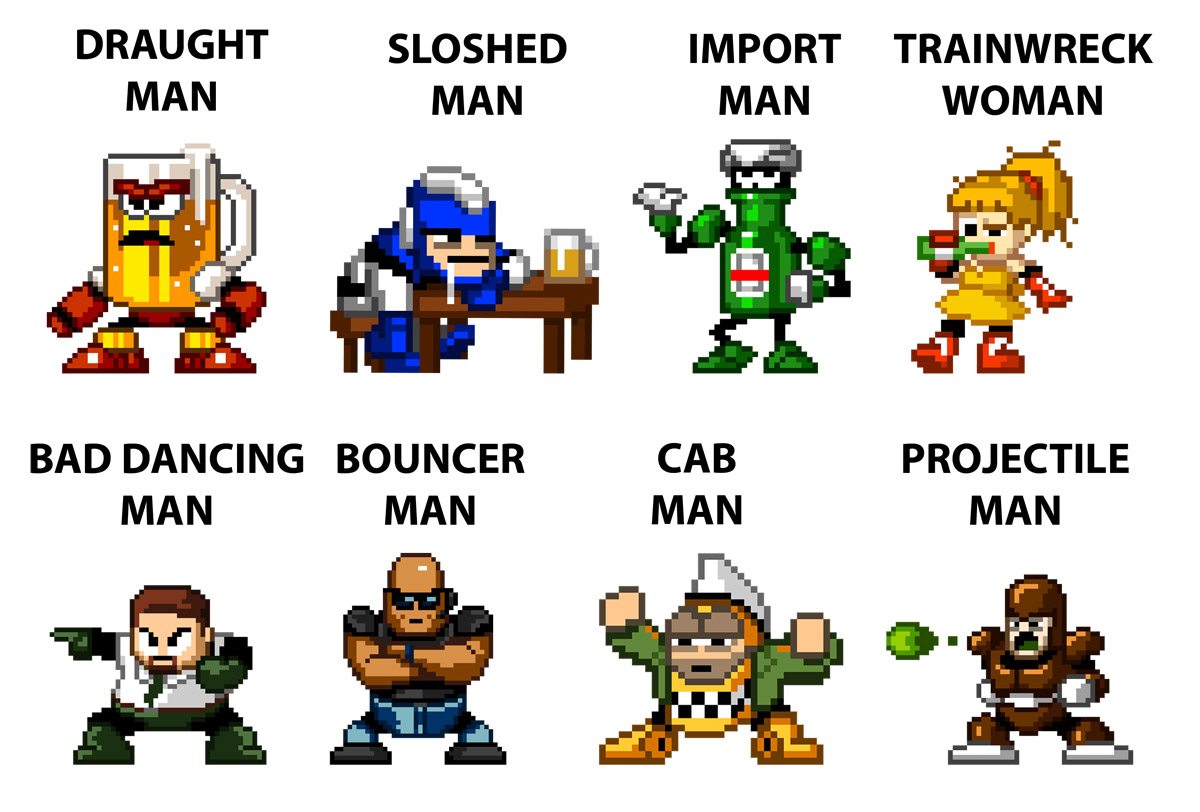 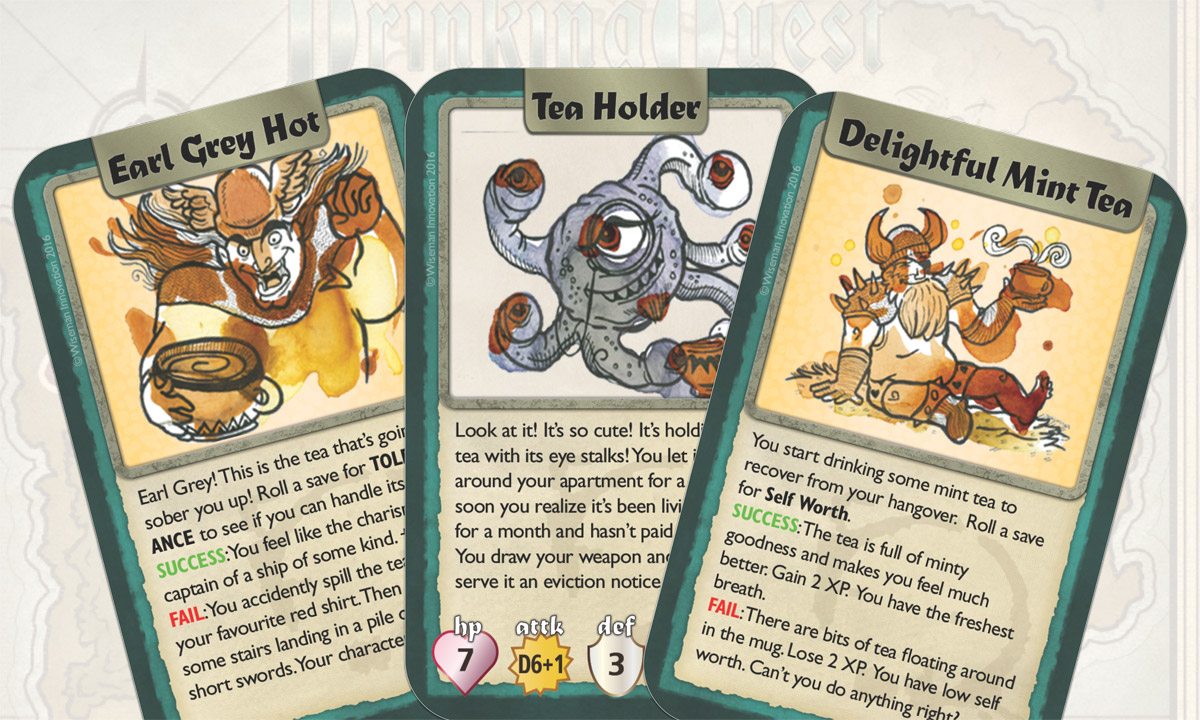 The final bonus quest is Morning Tea, and it may just be my favorite part of the whole game. This final quest is meant to be the part where everyone sobers up some before heading home, so players drink water or tea instead of alcohol while their hungover characters deal with the morning after. The art on this bonus quest is all done in actual tea, which makes the art and story absolutely perfect together. 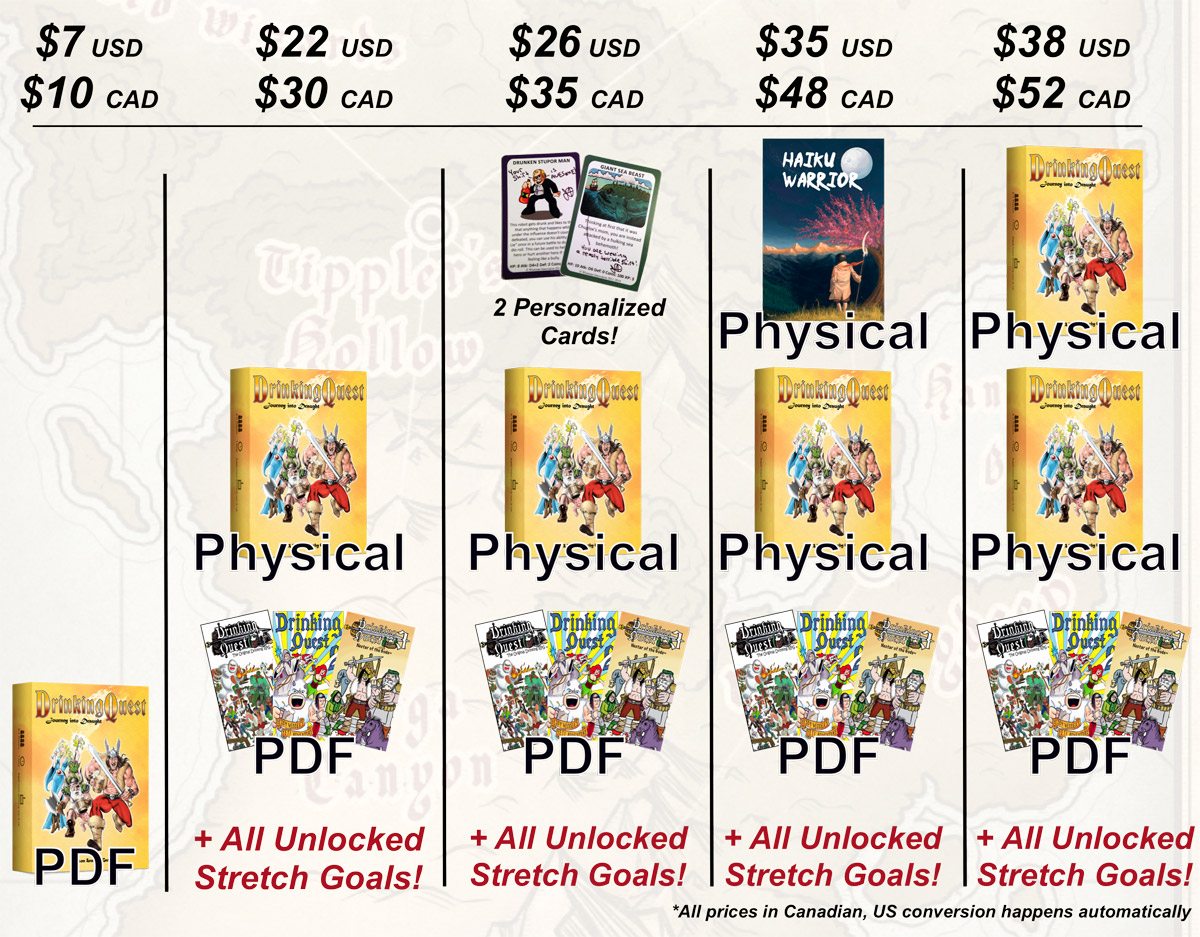 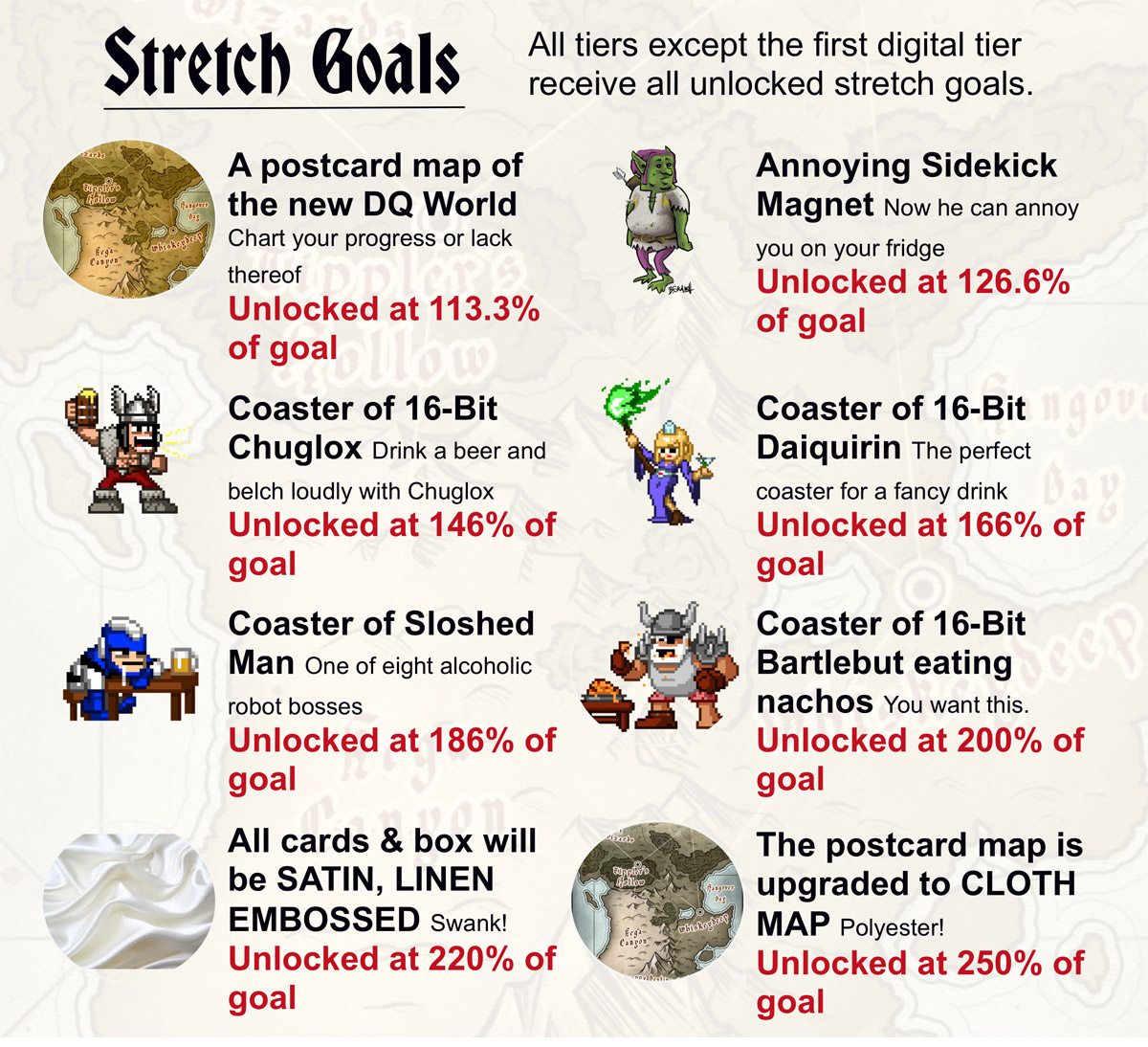 The stretch goals are a combination of increased quality of components and coasters and magnets featuring the game’s characters. All tiers except the digital only receives all stretch goals. I like this approach where all of the actual game content is included no matter what and the stretch goals are really just nice little add-ons.

Jason Anarchy has a proven track record of delivering games, and, while there is always a risk associated with crowdfunded campaigns, the game is almost completely done. The cards are going through final tweaks and will be ready to go to print as soon as the campaign ends, so you should be able to have the game in hand very quickly!

If you enjoy light-hearted RPGs, drinking, joking, and having an all-around good time, do yourself a favor and back Drinking Quest: Journey Into Draught. 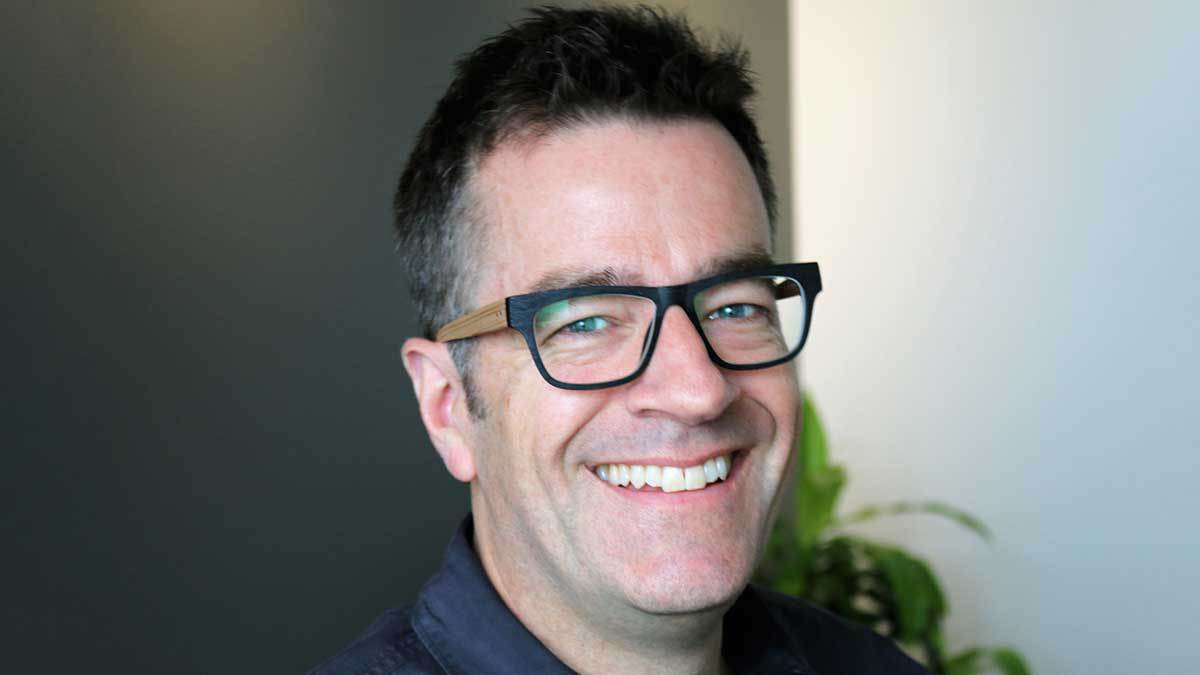 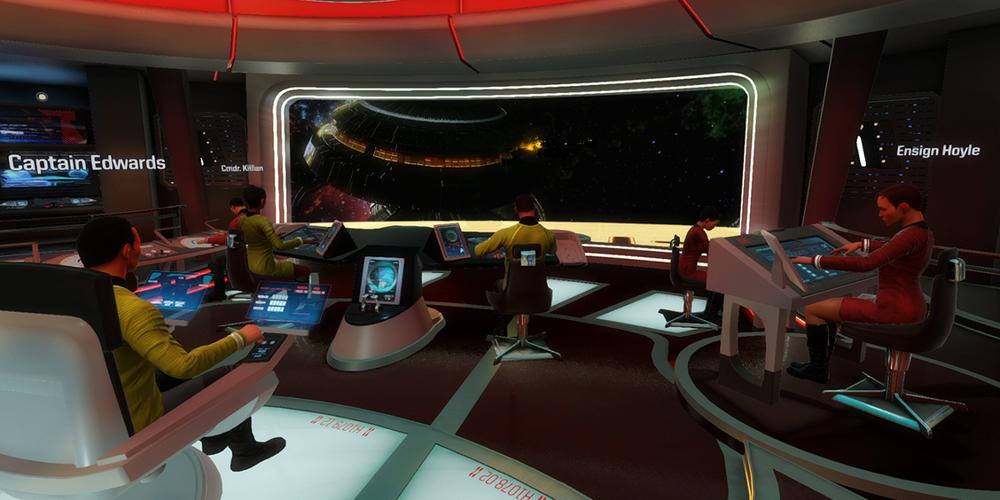