This week we continue our #Pokémon20 celebration with a look at a very peculiar series spinoff slated for North American release this Friday, March 18. Pokkén Tournament is a big, brash brawler that first appeared in Japanese arcades last summer, but does it deserve a place in your family’s Wii U library? Read on to find out.

Seriously, what is this game?

On the surface, Pokkén Tournament sort of sounds like a joke, like some April Fools’ gag gone horribly awry, but hear me out; imagine a head-to-head fighting game starring only Pokémon. Obviously, trainers are involved–your customizable player avatar as well as the handlers of the opponent Pokémon–but don’t expect to see them take center stage like in the various cartoon series. Instead, it’s all about straight-up Poké-combat with attacks inspired by the core franchise’s lengthy catalog of type-specific moves.

I guess what I’m saying is, while Smash is a hardcore title dolled up in Nintendo niceties, Pokkén Tournament is an accessible fighting game that forgoes frills in favor of more streamlined action and a cohesive atmosphere.

Pokkén Tournament takes place in a living, breathing world, the Ferrum League and its surrounding area. But, for all its verisimilitude, the game lacks the sort of bloody combat those of us from the Mortal Kombat generation may associate with one-on-one fighting games.

Even the most visceral attacks–I’m looking at you, Garchomp–merely imply that grievous damage has been done to an opponent. That said, some of the game’s special Synergy Burst Attacks (think powerful Mega-Evolution moves, though they are even available for those Pokémon without canonical MEs) are just plain freaky. The creepy carnival show that is Mega Gengar’s Burst Attack could certainly distress some younger players, which likely explains the ESRB’s rating of E10 for “Fantasy Violence.”

Ok, let me get this out of the way–Pokkén Tournament looks amazing!

Those big ol’ playable Pokémon are gorgeous and their movements graceful and fluid. Even the more outlandish characters, like the quadruped Suicune and the patently non-humanoid Chandelure, are so lovingly rendered that their attacks, stance, and reaction animations seem perfectly real.

The various arena locales are also impeccably designed, and, while players will likely stay firmly focused on the action, spectators will note no shortage of cute, quirky supplementary Pokémon action in the background. My kids’ current favorite remains the Whirlipede exercising on a treadmill in the game’s Speed Training Gym.

What about controller options?

While I had no problem guiding the action with my trusty GamePad, my 11-year-old immediately gravitated to the Pro Controller. Wii Remote + Nunchuk as well as Wii Remote + Classic Controller Pro play is also supported.

That said, the overall control scheme is… unique but certainly functional.

Attacks are, unsurprisingly, governed by the face buttons. The X and Y buttons execute strong and weak attacks, respectively, with A releasing a Pokémon-specific move and B handling the trusty jump function. With the Support gauge full, the L trigger can call in a Support Pokémon, while the R trigger is used for blocking.

You’ll also make frequent use of dual-button commands: Y + B to grab and X + A to counter. And, with the Synergy gauge full, L + R will both activate Synergy Burst mode and unleash the aforementioned devastating Burst Attack.

Movement (not to mention high/low attacking) seems specifically designed to be controlled by the d-pad. Not the analog stick, though that still works, but the d-pad. 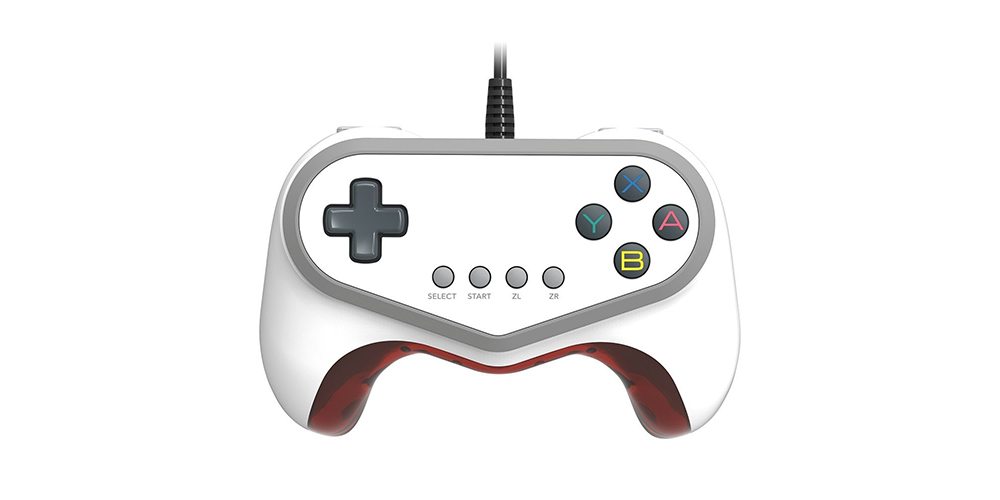 And this is bad because…

Well, it’s not really bad–just different. It is perfectly possible to spam your way to victory in Super Smash Bros by simply wailing on the left and right control sticks. (I know; I do it all the time.) In Pokkén? Not so much.

Notice, if you will, Hori’s Pokkén Tournament Pro Pad. See how the X, Y, A, and B buttons are arranged in that familiar diamond pattern so that players can easily use the pad of the right thumb to depress two buttons simultaneously? Also notice the complete lack of analog controls?

Yes, Pokkén Tournament is a modern 3D fighter, but it’s that rare exception that isn’t reliant on a joystick. The action and your control over it differ slightly depending on the position of the camera. Pokkén does this by breaking combat down into two distinct “phases.”

Field Phase, as the name implies, is a broad view of you, your opponent, and the surrounding environment. This is the phase in which combat begins. Landing a powerful blow on your enemy will cause a “Phase Shift,” pulling the camera into the tighter Duel Phase while simultaneously providing a substantial bump in your Synergy Gauge. Once a certain amount of damage has been dished out, another Phase Shift will revert the screen to Field Phase, giving everyone a chance to reassess attack strategies from afar.

In Field Phase, you typically use up/down to move toward or away from an opponent and left/right to juke out of harm’s way. Once in Duel Phase, though, left/right control your movements in relation to the enemy, while up/down alters your stance to add more variety to your move set.

Other than that, the only thing to really remember, especially in that up-close Duel Phase, is the Attack Triangle. Normal attacks trump grabs, grabs break counters, and counters demolish normal attacks. It may seem a little convoluted in practice, but it’s pretty easy to comprehend when you’re down there in the thick of it.

Just don’t try and explain it to an opponent during local multiplayer, as the difference in perspectives can prove problematic. And the fact that each player has his own screen only complicates matters.

It does, but it’s not that big of a deal. That touchscreen crammed into the middle of your Wii U Gamepad? That little guy is your friend!

With player one using that display and player two on your television, you get the full effect without having to compromise the two-phase combat system or anyone’s clear view of the action.

But what if I just prefer a single-player, offline experience?

Despite a nuanced approach towards multiplayer–the game also boasts both Ranked and Friendly online modes, depending on whether you’re in it for the glory or just to have fun playing against distant pals–Pokkén Tournament features a truly satisfying single-player experience.

Like the core Pokémon titles, it tells the story of fresh-faced newbie making his/her way up the regional food chain. (The game map’s locations even radiate from a central hub that’s your own hometown.) The difference is, instead of catching your own Pokémon, you can take your pick from a solid roster of Pocket Monsters from the word go, and, instead of the Professor’s pesky grandson, you have the affable Nia.

She’ll show you the ropes, cheer you on during combat, and, hopefully, lead you to victory against your foes. Better yet, Nia’s always there to let you know when a Support or Synergy Gauge is full and to congratulate you as your Pokémon level up or you are promoting from one league rank to the next. As the game progresses, you can even customize her look and advising style.

In a game that largely eschews the traditional trainer/Pokémon relationship, she adds a certain social element to the proceedings. Even if you’re going it alone, having her around as you work your way through the Ferrum League makes for a more pleasant gaming experience.

You and your amiibo! Can we stop this madness already?!

Of course there’s amiibo support. I mean, at this point it’s more surprising when a release doesn’t include the use of those pretty plastic miniatures.

Each day, gamers can activate up to five amiibo using the gamepad NFC area to unlock new vanity titles, character customization options, or Poké Gold (with which to purchase said items for their trainers). Moreover, first-run physical copies of the game will also ship with a special Shadow Mewtwo amiibo card.

So bottom line it: who’s this game actually for?

Honestly, anyone with even the faintest interest in the Pokémon franchise will likely find something to enjoy in Pokkén Tournament. The combat is fierce but fun, and, while only around 14 Pokémon are playable (with a couple duplicated in multiple forms), between those major players, the not-so-hidden background characters, and dozens more Assist Pokémon, you and your geeklings are bound to see some of your favorites represented.

In a way, the game really strips the Pokémon concept down to a rock-solid core. While the focus obviously isn’t on catching ’em all, it does put a new spin on Pokémon combat that should satisfy fans of all stripes. 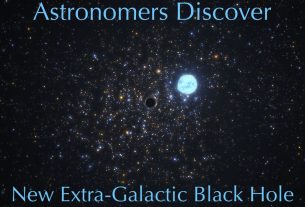 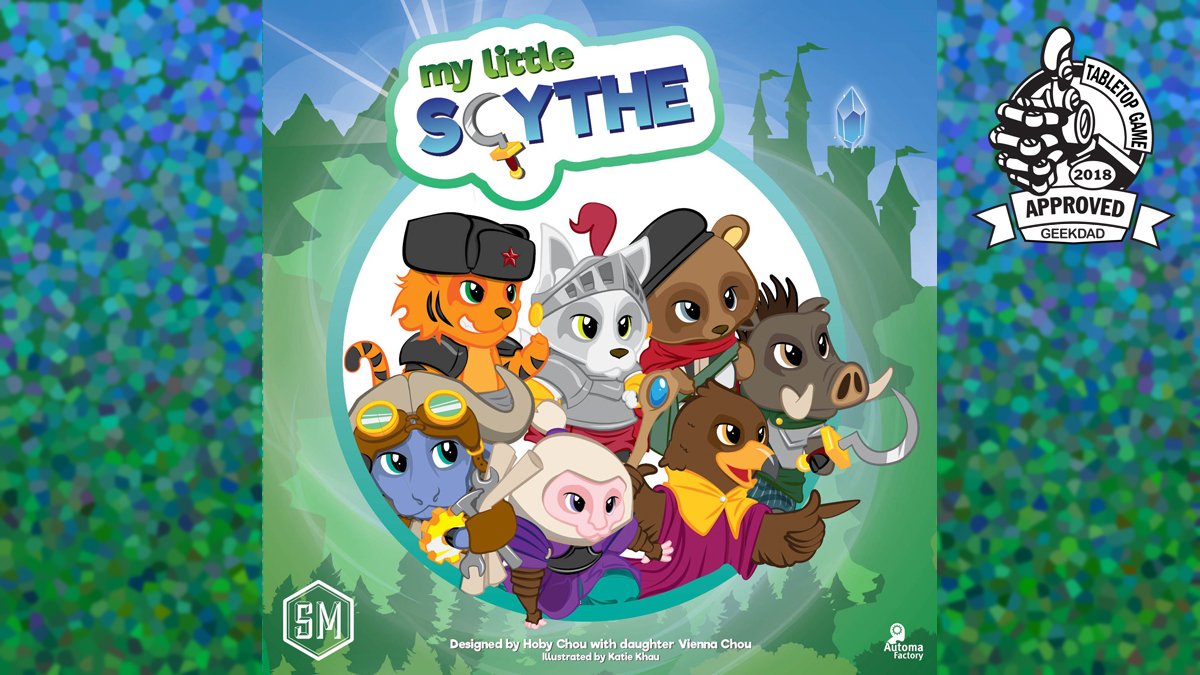 ‘My Little Scythe’: Discover the Power of Friendship