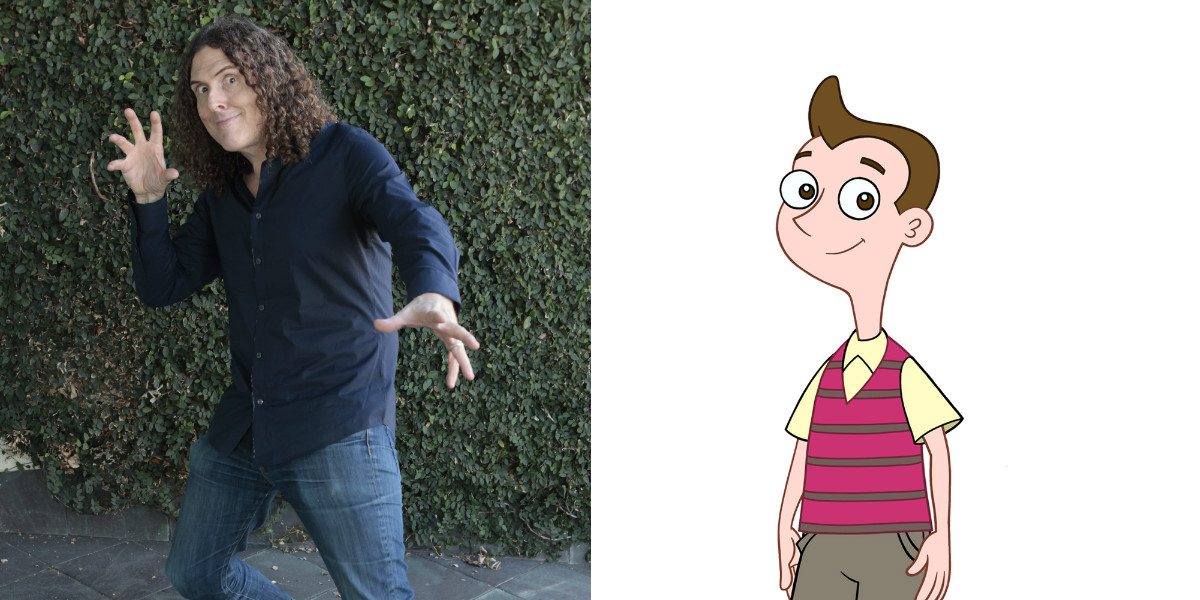 This autumn can’t come soon enough. Disney has just announced that “Weird Al” Yankovic will be performing the voice (and singing, of course) in the upcoming animated comedy series Milo Murphy’s Law. The show (previously titled with “Mikey” instead of “Milo”) is the creation of Dan Povenmire and Jeff “Swampy” Marsh, best known as the creators, producers, and voice actors for the geekily awesome Phineas and Ferb, which ended its four-season run last year.

The official press release for the announcement says:

The series follows Milo Murphy, who is the personification of Murphy’s Law where anything that can go wrong will go wrong. Suffering from Extreme Hereditary Murphy’s Law condition (EHML), Milo always looks to make the best of the cards he’s been dealt and his endless optimism and enthusiasm can turn any catastrophe into a wild adventure. Armed with knowledge, a backpack full of supplies and his fearless friends, Melissa and Zack, Milo is always prepared for every possibility. Together, he and his friends will learn that it’s all about a positive attitude and not to sweat the big stuff… and it’s all big stuff. [emphasis in original text]

As for the rest of the voice cast, it includes names like Christian Slater, Vanessa Williams, Sarah Chalke, Diedrich Bader, Jemaine Clement, Mackenzie Phillips, and geek favorite Kate Micucci. Rejoining Povenmire and Marsh (who, of course, will also provide voices for the show – as “pistachio protectors Vinnie Dakota and Balthazar Cavendish” – will be the voice of Phineas, Vincent Martella, and the voice of Perry, Dee Bradley Baker.

Milo Murphy’s Law will air on Disney XD starting this autumn. Yankovic will be singing the series’ opening theme song as well as performing original songs throughout the series. I don’t know about you, but I’m already laughing just at the idea of Weird Al voicing the main character in a cartoon show from the wonderfully twisted, funny, geeky minds of Povenmire and Marsh.