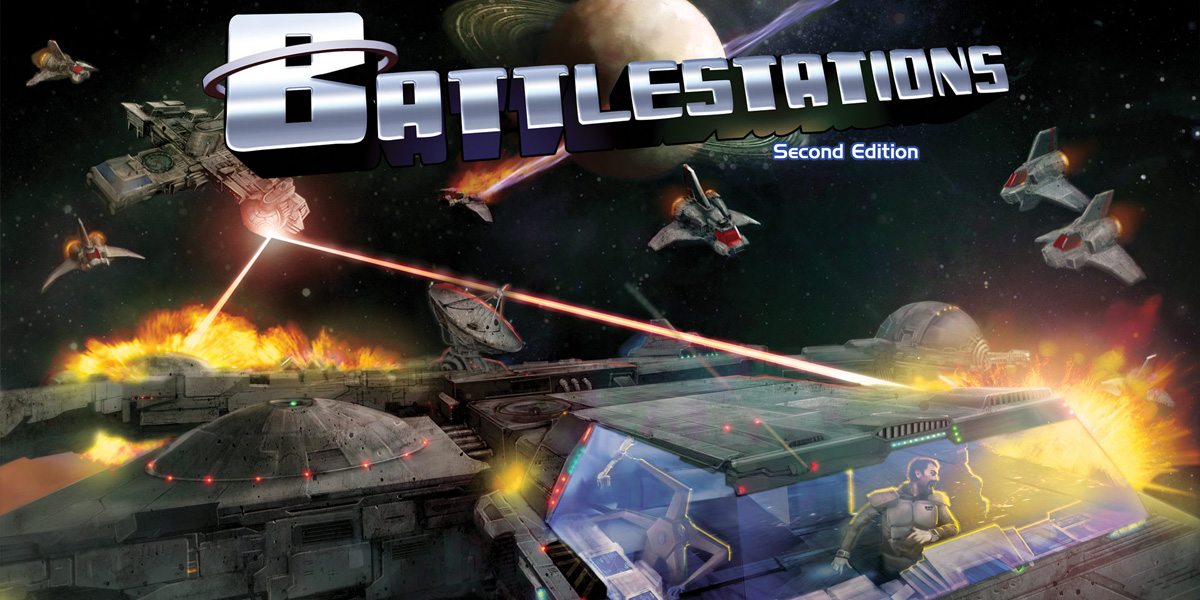 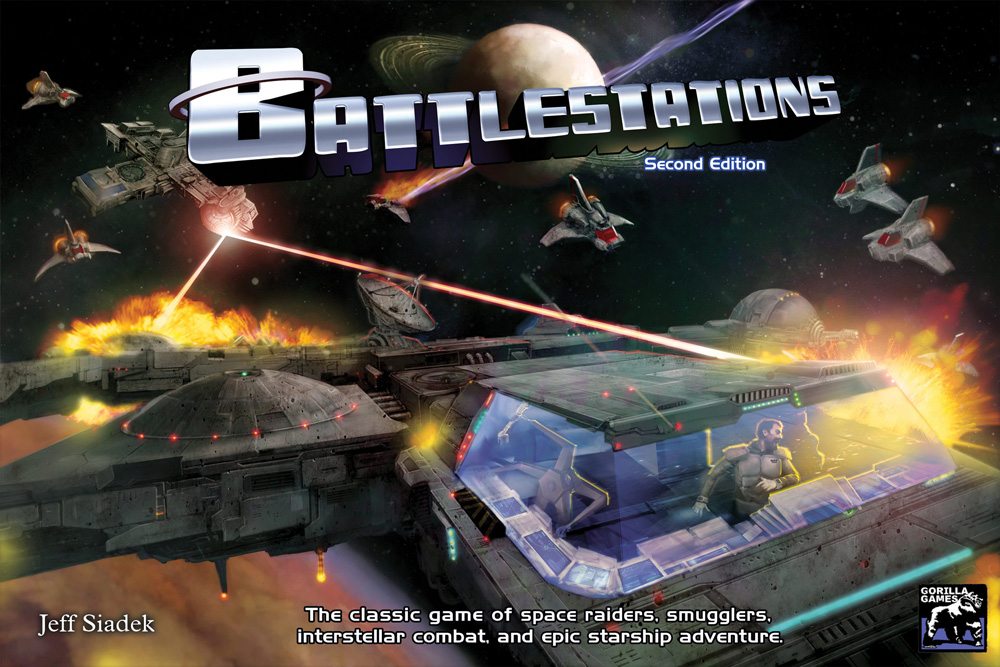 The first time I attended Gen Con (in 2013), I remember walking through the large halls filled with rows upon rows of tables of games–some familiar but many completely new to me. One game that caught my eye was this one:

Giant games are a popular phenomenon at Gen Con: you can play giant Settlers of Catan or Tsuro or King of Tokyo. This particular game, I was told, was Battlestations, but I have to admit that I was a bit intimidated by the sheer size of the thing. The manual was pretty sizable, and look at all those sheets of paper and charts and things everywhere!

Well, since then I learned that Battlestations was designed (originally published in 2004) by Jeff Siadek of Gorilla Board Games. I’ve reviewed several other games by Siadek in the past few years, like The Worst Game Ever and his recent Palaces. So when I heard that he was launching a Kickstarter for a second edition of Battlestations, I figured it was worth checking out.

Here’s the deal: Battlestations is a sci-fi game that takes place on two levels: the ship-to-ship combat in space, and the room-by-room action on board the ship itself. So while you’re piloting the ship through space, you also control individual characters moving around in the corridors, activating the various modules of the ship and even fighting off intruders in close combat.

Also, even though the game can appear overwhelming (particularly in its giant form), Siadek explained that you play through various missions, which gradually introduce new mechanics only as they’re needed. You don’t need to read the whole rulebook to start playing–just enough to play a particular scenario, and as you play, you can add in more rules and more details. This second edition seems like a great way to get into the game as a beginner and feels less intimidating to me.

Plus, since the time I first came across Battlestations a few years ago, I’ve found that I really do enjoy hybrid RPG-tabletop games, which makes it all the more interesting that this one has been around for so long. I haven’t had a chance to play it myself yet, but it’s one that I’m definitely going to check out next time I have the opportunity.

This second edition will get a complete overhaul on the art and include miniatures–at least 32 if the game funds, plus more with stretch goals. The rulebook has been redesigned from scratch to make it more user-friendly. The game itself has gotten some tweaks, with bigger grid spaces on the maps and bigger miniatures, sped-up starships and balanced abilities, and new weapons and abilities. Finally, this version will be the most complete set yet, with a lot of content and missions included right from the start, plus others that could be added with stretch goals.

The project just launched today. There are several pledge levels, from $20 for a basic PDF version, $40 for a set of the miniatures only, or $100/$125 for the game (plus any stretch goals reached).

Visit the Kickstarter page for more about Battlestations! 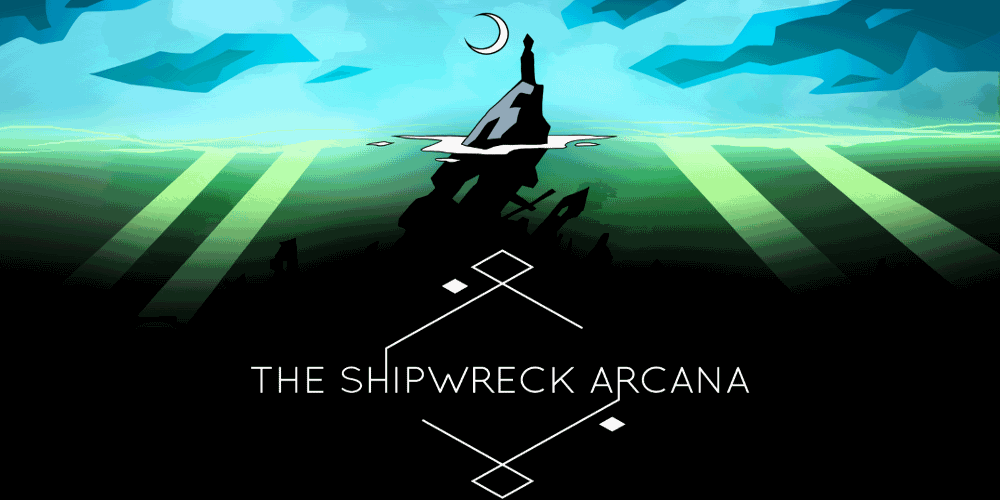 2 thoughts on “Kickstarter Tabletop Alert: Get to Your ‘Battlestations’!”