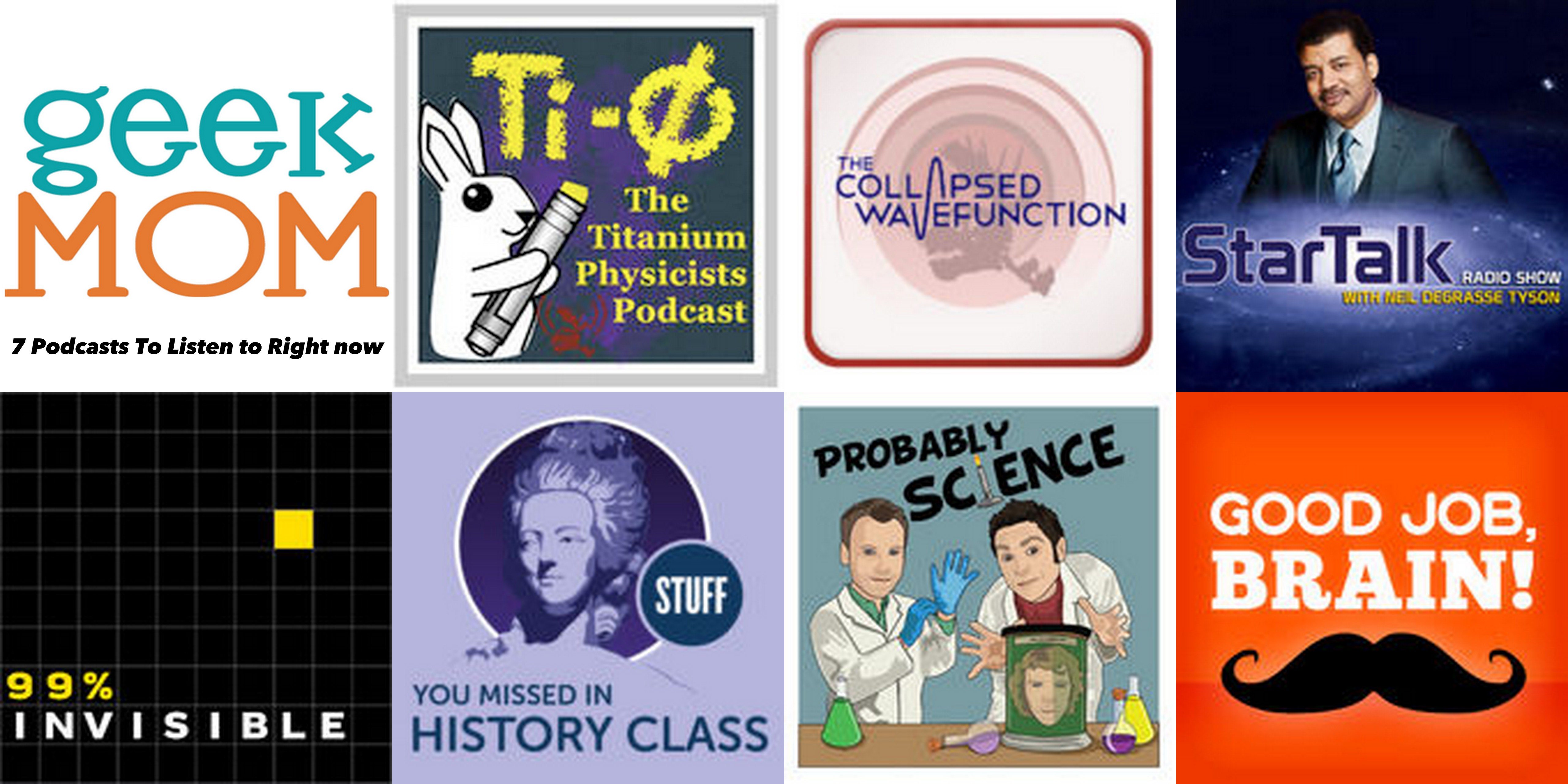 Whether working out or in the car, listening to podcasts always seems to make the time go by faster. With these eight fun podcasts listed below, you’ll be sure to reach your destination before you know it and have a new fact you can’t wait to share.

Good Job, Brain!
Hosts: Karen Chu, Colin Felton, Dana Nelson, and Chris Kohler.
About: This is a show all about trivia! The energetic hosts ask each other trivia questions, discuss random facts, and occasionally offer great mnemonic tricks. Fun, interesting, and makes good party fodder! Seriously, this podcast is a crowd-pleaser and family-friendly, you really can’t go wrong adding this one to your playlist.
Favorite episode: I’ll bring back a blast from the past with “A Berry Good Episode“. Yes, it was about two years and 100 episodes ago, but this episode blew my mind so many times within 50 minutes, it’s worth a listen.

Probably Science
Hosts: Comedians Matt Kirshen and Andy Wood, along with a weekly guest. The third host, Jesse Case, is currently away for cancer treatment, but we wish him a prompt recovery and return!
About: Matt graduated with a degree in Mathematics and Andy in Electrical Engineering, so naturally now they are both comedians covering the week in science news with no small amount of foul words and goofballery. Because where else would you hear about shade balls and shirtc*cking in one episode—note that one uses science to solve Los Angeles’ drought problem, the other does not. And yeah, this one is definitely not family-friendly.
Favorite episode: While this episode may not be representative of the bunch, you have to listen to their interview with astronaut Chris Hadfield. For Science! Probably.

StarTalk Radio
Hosts: Astrophysicist Neil DeGrasse Tyson and co-hosted by a comedian (frequently Chuck Nice or Eugene Mirman of Bob’s Burger).
About: Listen to the legendary Dr. Tyson interview experts on a variety of (usually science-related) topics and respond to queries from the listeners. Tyson brings his undeniable charisma to the table, and the comedian co-hosts keep everyone smiling from start to end.
Favorite episode: As a fan of Seth MacFarlane, I quite enjoyed “The Science of Family Guy” featuring an interview with him and Neil DeGrasse Tyson.

The Titanium Physicists
Hosts: Theoretical physicist and mathematician Ben Tippet, plus a slew of recurring co-hosts.
About: This group of physicists aims to bring physics to the masses in this podcast. Each episode attempts to break down and explain a difficult physic concept in a way that non-physicists can understand. There’s really no way to make anything in the realms of particle physics or quantum mechanics easy to understand, but they certainly try to make it easier. And that’s something, right?
Favorite episode: “Laser Laser Laser Laser Laser Laser with Aaron Fischer“. Because lasers.

The Collapsed Wavefunction
Hosts: Chad Jones, Sam Matthews, and Dorea Reeser.
About: The Collapsed Wavefunction is to chemistry what The Titanium Physicists is to physics. Learn interesting new things about chemistry and share your new-found knowledge with others so we can one day live in a world where people don’t use the sentence “chemical-free” quite so often, mmm-kay?
Favorite Episode: I quite enjoyed the team’s stipulations about how powered alcohol is made.

Stuff You Missed in History Class
Hosts: Tracy V. Wilson and Holly Frey.
About: This is one show I can’t entirely keep up with, they produce so many episodes! I tend to skip the more violent ones (covering serial killers, war, etc) out of personal preference, but they are across the board truly quality content. I enjoy Tracy and Holly’s enthusiasm for history and their occasional laughs that brighten up even the more grim topics.
Favorite episode: Have you heard about the plan to introduce hippos into the United States to solve the meat shortage crisis and the water hyacinth overgrowth problem in 1910. One guy had his mind set on convincing American politicians that hippos were peaceful grazing creatures.

99% Invisible
Host: Roman Mars.
About: This show has the perfect combo that keeps me coming back for more: the episodes are short and sweet, the topics usually offbeat, and I end up learning something I didn’t even know was missing from my knowledge.
Favorite Episode: I didn’t know one could write a whole episode about the history of public water drinking fountains, or that such an episode could be absolutely fascinating, yet here we are.

How about you, reader, do you have any favorite educational(ish) podcasts that don’t leave you yawning?

A New Lego Master Model Builder – And He’s Only 23! 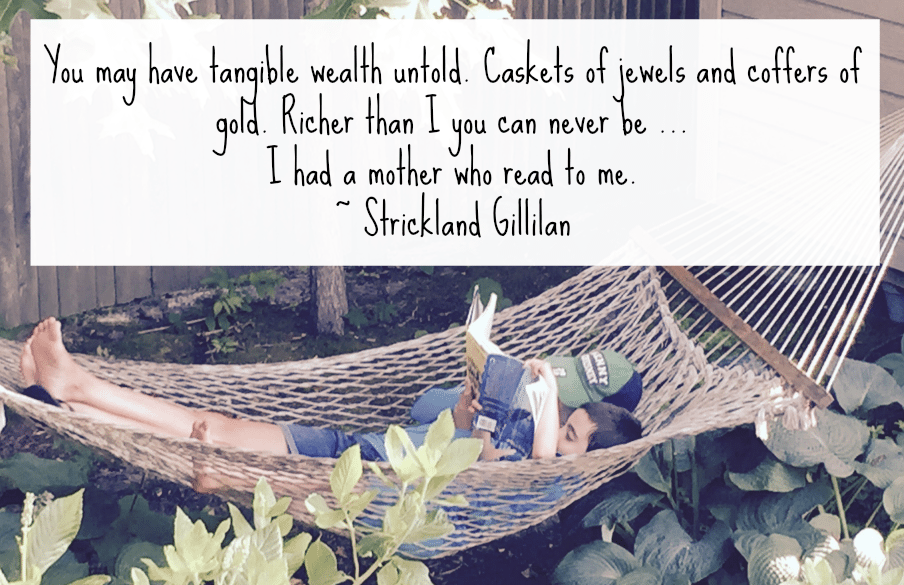 The Best Trick To Play On Your Children — Raise Readers!