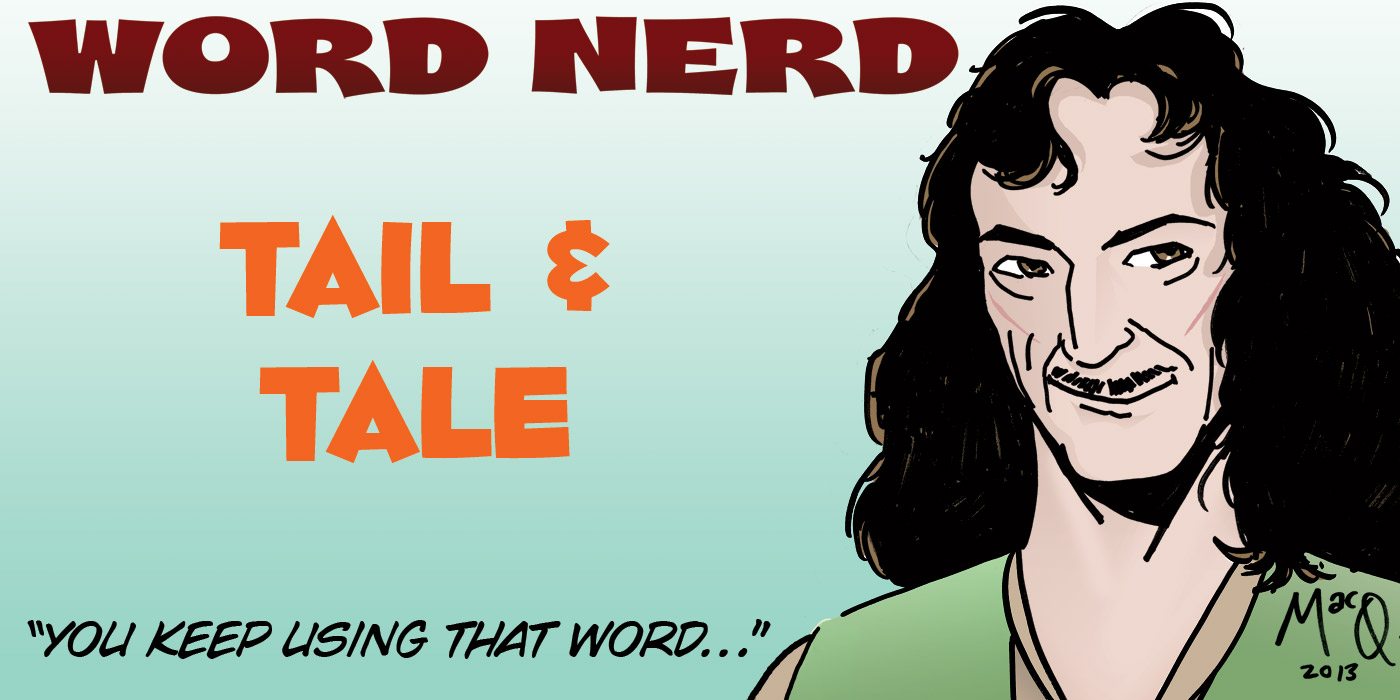 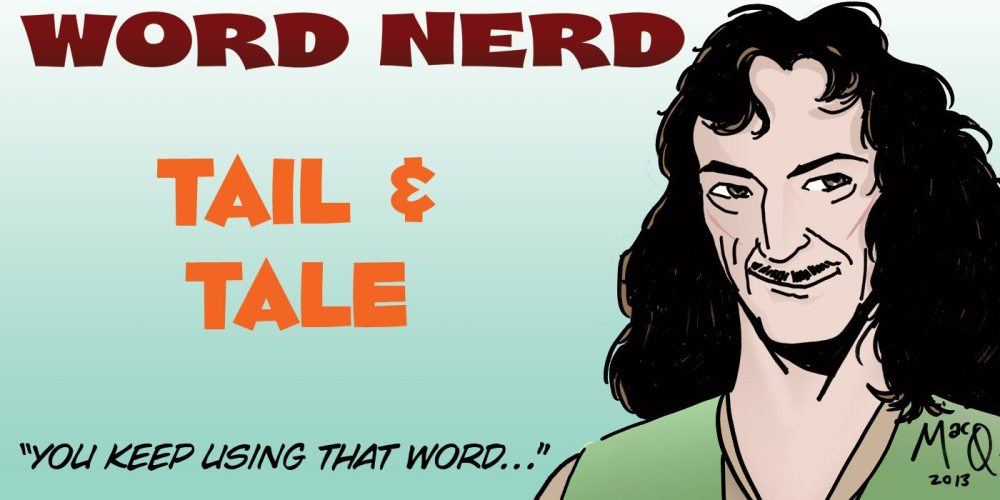 Come and listen and we’ll tell a tale of tails. Today’s Word Nerd installment is yet another of those sets of words that autocorrect and spellcheck will completely ignore.

Tale
A narrative that relates the details of some real or imaginary event or incident; a story; a lie, a rumor or piece of gossip. 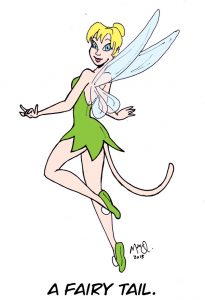 Tail
The part of an animal that extends from the base of the spine; something resembling or suggesting this in shape or position, like the tail of a kite or a comet. The back or rear side of an object, such as the obverse side of a coin

Tale comes from the Old English talu, “story, tale, the action of telling,” which derives from a much older Proto-Indo-European root word del, “to recount, count.” The English words tell, tally, talk and teller all derive from this word. The original meaning was related to counting and numbers, and relates to the Middle Dutch tal, Old Saxon tala, Old High German zala, and German Zahl, all of which mean “number.” ??Tale originally meant “an account of things in their due order,” and referred to both mathematical counting and the recounting of a sequence of events in story form. Tale first shows up in English around 1200.

Tail is derived from another Old English word of about the same age, taegl, which comes from the Proto-Germanic *tagla-, which in turn is from the Proto-Indo-European *doklos, from the root *dek- “something long and thin” (referring to such things as fringe, lock of hair, horsetail). The primary sense, at least in Germanic, seems to have been “hairy tail,” or just “tuft of hair,” but in Old English the word was applied to the hairless “tails” of worms, bees, etc.

If you refer to “A Tail of Two Cities,” you’re probably talking about the extremely long-tailed Marsupilami.

If you say you “have a tiger by the tale,” you’re saying you’ve captivated a tiger’s attention by telling a story. 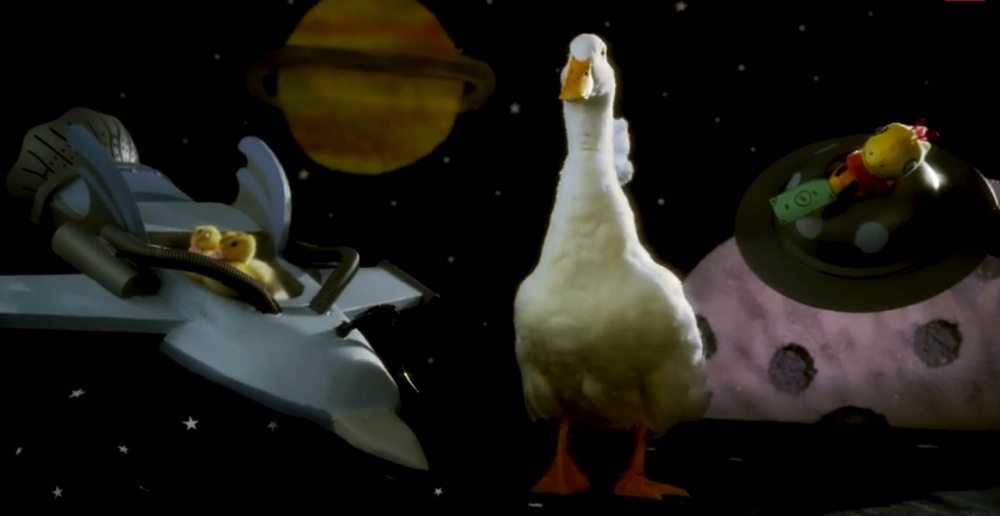 DC-Area Geeks: Come to Intervention This Weekend, and Bring the Kids!

Alien Pods in Our Neighborhood, or The 100-Species Challenge