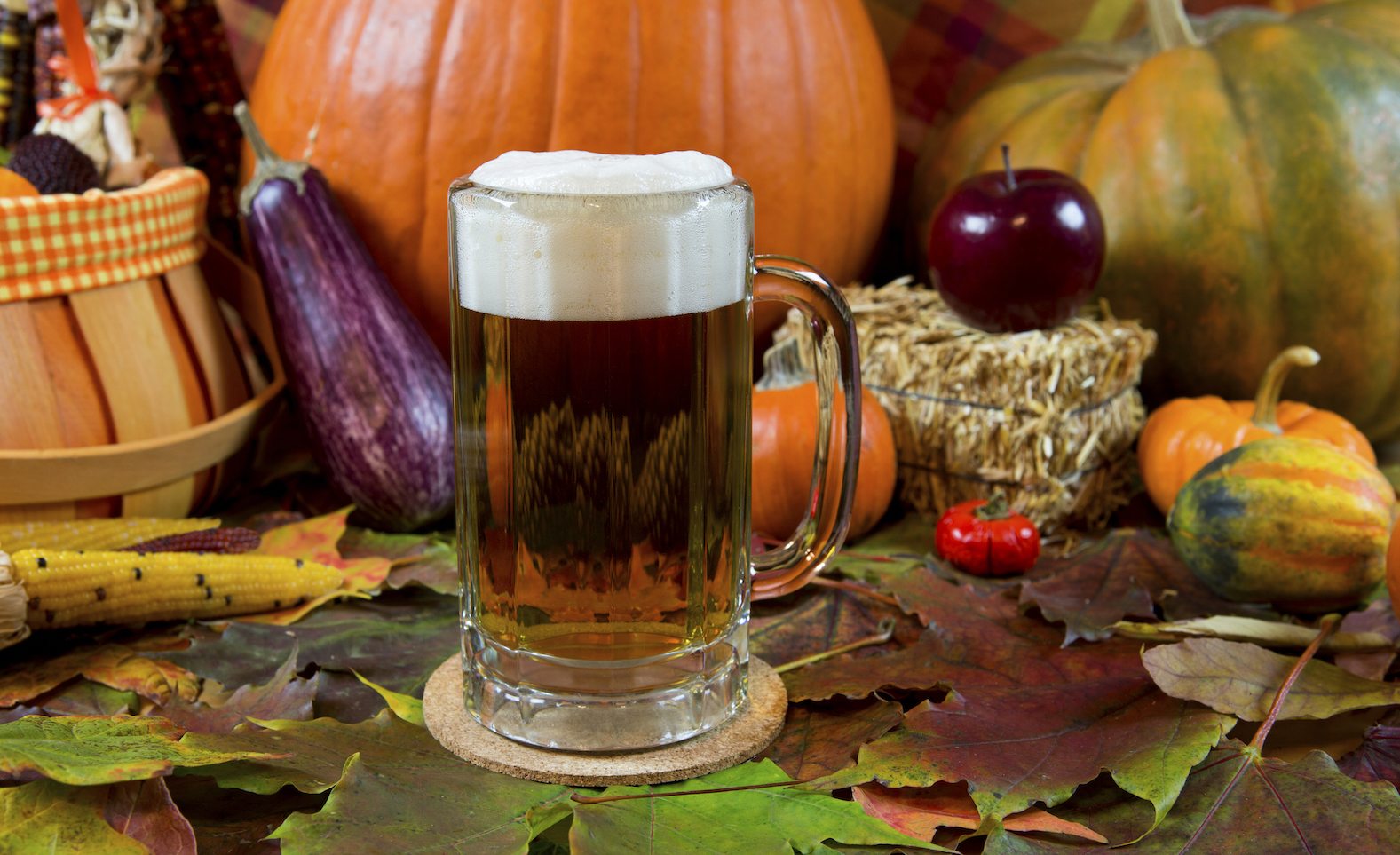 After writing my post Everything You Need to be a Craft Beer Geek – Except the Beard, I was inundated with questions concerning the foods that were best to try with these new found libations. Okay, maybe not inundated, exactly. But at least three people were curious. So even if you were not one of the three, perhaps you too would like something a little different with your Thanksgiving meal.

Traditionally when someone starts discussing pairings, we think of wine. That is, after all, the standard go-to beverage for the sit-down meal. However, with the rise of the mixologist, cocktails have been working to carve out a place at the table, and right next to them should be a glass of beer from your favorite craft brewer. And with good reason.

While wine making is a true art in the hands of the right master, the basic process is simple. Wine comes from grapes. While sometimes yeast may be added, it isn’t always needed as grapes are naturally fermenting. Red wine ferments with the skins intact, hence the color, and white with just the juice. While there are many variations on this, and, of course, some wines are then aged, the basic taste is the grapes. A good sommelier will be able to tell you the flavors of the earth from which the grapes originated. These flavors work to create the pairings.

While only four basic ingredients go into beer–yeast, grain, hops, and water–that is still several more than wine. The grain and hops all contain the soil signature of the regions from whence they came. On top of that, yeast is its own culture. (Please don’t hate me for the pun, I couldn’t help it.) Depending on the proprietary blend, different yeasts give different flavors, aromas, and profiles. And while that seems complicated enough, remember that hops and yeast from different areas are often mixed and blended to create the perfect depth of flavor.

Lastly, the most overlooked of the ingredients is water. We’ve all taken trips and commented on the flavor of the water. Beer brewed with different waters will likewise be impacted. Water filtered through limestone will give a beer a different flavor than water treated in an industrial plant.

While beer certainly has more ingredients to build layers of flavor, the two most important reasons beer might be a better choice for mealtime pairings do not relate to the origin of the ingredients. First, and most important is the Maillard reaction, also known as the “browning reaction.” It is the complex chemical reaction between amino acids and reducing sugars that occurs when heat is applied to food. Think of the browning of toast or seared steaks.

The second largest ingredient in beer, in regard to quantity, is grain, and that grain has to be cooked, i.e., undergo the Maillard reaction, in order to turn the starch to sugar. Without that sugar, the yeast can’t work their magic and the final product would not be nearly as much fun. Since we cook most of our foods, a similar depth of flavors (think caramel, nutty, roasted, or toasty) can be found in beer and most prepared dishes.

Second, and often most overlooked, is beer’s high carbonation. Carbonated bubbles scrub your palate clean between bites which should allow for a fresh taste with each forkful.

How to make that perfect pairing:

All pairings are based on the three basic ideas of Cut, Contrast, and Comparison. If you can find notes of all three in a meal and beer pairing, you’ve got a hit. Since it is very hard to hit all three points in a single dish, consider either a multi-course dinner or a multi-part meal, such as Thanksgiving.

Cut refers to lessening the richness of a food. Think of a foie gras–almost nothing but fat, right? If you want to pair with that, you’d want a beer with a high level of bitterness to cut that fat and clean your palette. Think IPA for this.

Contrast is the idea that opposites attract. Think of Buffalo chicken wings–mouth burning yet? A malty sweet beer will contrast and bring down the heat. A Dubbel or a sweet porter would work well.

Comparison, also called compliment, is when you find similar flavors in both the beer and food and let them heighten each other on your taste buds. Remember those Buffalo wings? If you just can’t get enough pain, try an IPA. The bitterness will highlight the bitter aspects of the spice and bring more heat to your tongue.

So what beer does pair with turkey?

While fully certified Cicerone Cari Contreras and I spent a glorious afternoon with our own version of a Thanksgiving meal so we could pass on a few suggestions, our number one suggestion is to make a few dishes and try out some beers. I promise you’ll have fun. And if that is too much work on the front end, make it a family affair (for those of legal age of course) and provide your guests with a smorgasbord of potential beers and let them try out the pairings for themselves.

Saison: We liked Boulevard Brewery’s Tank 7 or Saison Bret. Both made the traditional stuffing we tested more savory (think Comparison) and allowed the cranberry to stand out on the plate. The hops in this beer helped to cut any of the sweet. (Both Cut and Contrast at play.) Another point we liked about these particular beers is that they come in large, shareable wine-type bottles. This would be nice for a family meal. Also, remember that beer doesn’t have to be chilled. In fact, as it rises to room temperature, more of the flavors pop. The only point of caution: If you are serving this beer, pay attention to your glassware. The alcohol content is higher at around 7%. So unless your nana is a hard drinker, use caution.

Cider: We tested Angry Orchard Crisp Apple and Crispin Original. While we felt the Angry Orchard might be a bit sweet for many drinkers, the Crispin would be another all around good choice for the entire meal. It paired nicely with the stuffing as well as the cranberries, both strong flavors. But a note of caution: It was over-sweet with either chocolate or pumpkin pies.

Framboise: This was a nice choice with the stuffing and a chocolate torte, but by itself it was too much with the cranberries. If you have a cranberry salad or are serving a buffet, this might not be a bad choice. Definitely consider it with a chocolate torte. Especially if you are serving raspberries as well.

Milk Stout: We gave several versions a try and they were all equally perfect with a chocolate cream pie. In fact, other than the Bully Porter, this was by far my favorite choice. A little whipped cream and I could taste the milk in the beer.

Pumpkin Beer: ‘Tis the season, after all. A mild, not too sweet, pumpkin beer is pretty much the best choice for pumpkin pie. (Comparison.) We used Mother’s Brewing Company’s Mr. Pumpkin. That is a small craft brewer and might not be available in all areas. If you are looking for a regional choice, ask your liquor store manager to suggest something mild in the sugar department with more emphasis on nutmeg and cinnamon.

Bully Porter: We sampled Boulevard Brewery’s Bully Porter and found that it elevated the cranberries beyond expectation. While I wouldn’t choose this for my entire meal, it took the standard from-the-can cranberries and turned them into something exquisite. Enough so, in fact, that I am considering find a recipe for a cranberry-based appetizer just to share this experience with other. If you have one, send it my way!

How To Go Skydiving Without Getting In A Plane 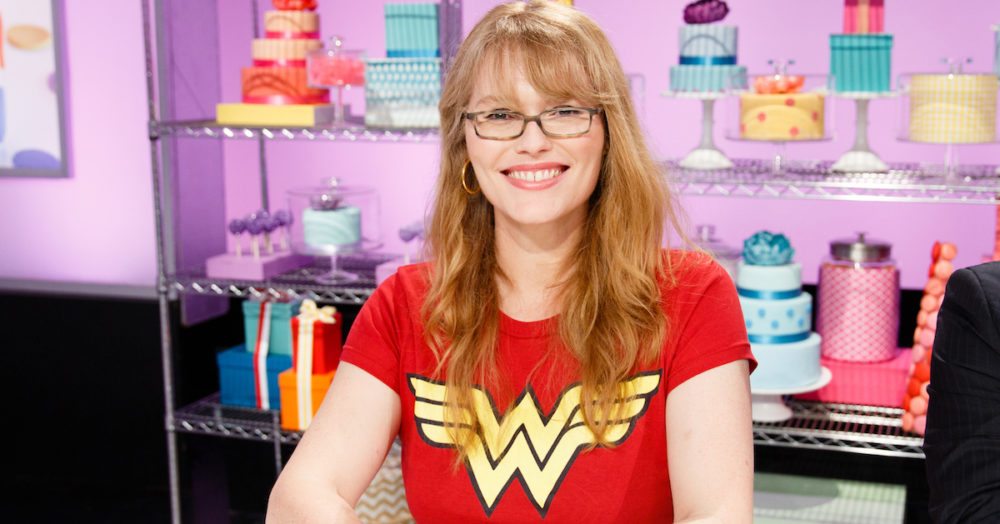