Graphic novels. It’s no secret that we here at GeekDad are huge fans of the medium. In fact, we’re usually ready with some recommended reading, particularly if you happen to know a 7-year-old girl. But what if you’re a bit older than seven, or if capes and spandex isn’t exactly your thing?

Well, you’re in luck! Graphic novels are a wonderful medium for creators to explore more serious themes. This is hardly a new development, and there have been “adult-oriented” graphic novels for almost as long as there have been comics. But what if you also want to veer away from genre storytelling or have already read through The Walking Dead and Preacher?

This week, we’ve rounded up some recent releases that might just be up your alley. The books below are not necessarily for adults only. Though most deal with mature themes, there’s nothing particularly objectionable about any of them. Most (if not all) are certainly appropriate for middle schoolers on up. I just wouldn’t classify these as “all-ages” books. 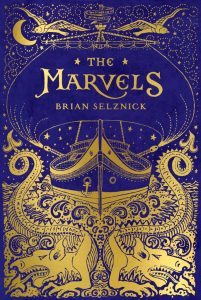 The Marvels (Scholastic) is the latest from Brian Selznick, who made a name for himself with his previous books The Invention of Hugo Cabret and Wonderstruck. If you’ve read either (or both) of those books, you’ll feel right at home here. Selznick utilizes the storytelling format that made both of those books so unique and compelling (and earned Hugo Cabret the Caldecott Medal).

This 650-page behemoth includes two intertwined stories. In Selznick’s signature style, the first is told entirely through (more than 400) double-page wordless illustrations, whereas the second takes a more traditional narrative approach. Together, the two stories follow several generations of the Marvel family, who are famous throughout 18th and 19th century London as brilliant actors, and young Joseph Jervis who–nearly a century later–seeks to unravel several mysteries that are ultimately very much connected. 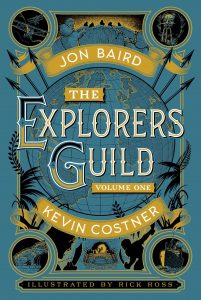 The Explorers Guild: A Passage to Shambhala (Atria Books/Simon & Schuster) is in the same vein as Selznick’s books in that it alternates between text and illustrations. However, instead of full-page illustrations, this book uses sequential art (i.e., comics). Written by Jon Baird and Kevin Costner (yes, that Kevin Costner), The Explorers Guild has been eight years in the making and can best be described as “What would happen if Joseph Conrad ran into Winsor McCay in about 1910?” Intrigued, aren’t you?

It’s been a passion project for Costner, who wanted to create a story that reproduced the wonder he felt while reading books and watching films that dealt with world-spanning high adventure: stories such as 20,000 Leagues Under the Sea and Arabian Nights. Even though the creative team was targeting a reader as young as 11, they also wanted to make an adult book that you’d want to read with a flashlight at night because you couldn’t put it down.

Coming in at a massive 760+ pages, The Explorers Guild is set against the backdrop of World War I and follows a clandestine group of adventurers as they seek to find a golden city of Buddhist myth. It’s not a quick read, but that hardly matters as it’s incredibly fun and is reminiscent of the serialized stories from the golden age of adventure. 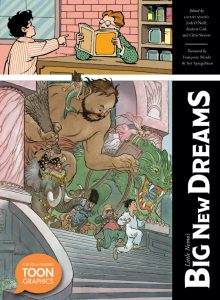 Speaking of Winsor McCay, Little Nemo’s Big New Dreams (Toon Graphics) is a stunning tribute to McCay and his most famous creation, Little Nemo in Slumberland, from some of the best artists working in the medium today. Drawing from the jaw-dropping Little Nemo: Dream Another Dream, this book presents more than 30 of the best strips, dreamt up by the likes of Roger Langridge, Cliff Chiang, Craig Thompson, David Petersen, and David Mack.

Also included is a foreword by Francoise Mouly, a graphic foreword by Art Spiegelman, and an introduction by the team behind Dream Another Dream. It should be noted, though, that whereas Dream Another Dream prints the tribute strips in McCay’s original broadsheet newspaper dimensions (16″ x 21″), this book shrinks them down and prints them across a 7″ x 10″ spread. That may be disappointing, but the price of this edition certainly can’t be beat.

Why do I consider this book to be for “grown-ups?” Well, even though Little Nemo might appeal to some kids, the style and pace of the strips can be difficult for many. As a tribute and compilation, this book also appeals to older fans of McCay’s work who will get many of the artists’ more subtle references. 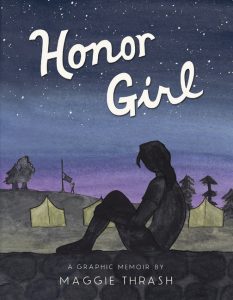 Honor Girl (Candlewick) is an autobiographical memoir told in the form of a graphic novel. The story follows 15-year-old Maggie during one eventful summer at Camp Bellflower, an all-girls camp in the heart of Kentucky Appalachia. A coming-of-age memoir on several different levels, Honor Girl is an honest and touching account of the summer Maggie spent in “gut-twisting love” with an older, female counselor. It’s also a powerful story about friendship and acceptance (of oneself and others). Even if you don’t see yourself in any of the characters, Honor Girl still has the ability to break your heart and stick with you long after you’ve finished reading it. 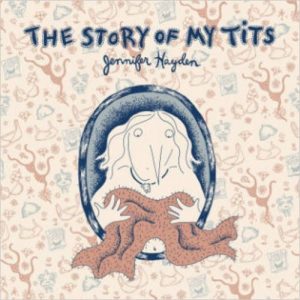 The Story of My Tits (Top Shelf) is Jennifer Hayden’s unflinching graphic memoir of her battle with cancer. When she was diagnosed with breast cancer at age 43, Hayden realized that, in a weird way, the story of her life could also be seen as the story of her tits. It’s not often that a book genuinely makes you laugh, cry, and feel a range of powerful emotions. That’s usually just hyperbolic marketing copy. Hayden’s book, though, succeeds in spades. Across more than 350 pages, Hayden tells the story of her life and her body through a series of square black-and-white frames (four to a page). This predictable pattern allows the reader to focus on the content over the format. 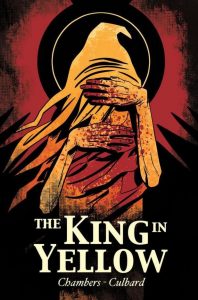 The King in Yellow (SelfMadeHero/Abrams) is an adaptation of several short stories from Robert W. Chambers’s 1895 book of the same name. The loosely interconnected stories all center on a fictitious play, “The King in Yellow,” which has the power to drive the reader insane. Within minutes. Those are some powerful words. Though he’s almost unheard of today, Chambers was a precursor to and inspiration for H. P. Lovecraft. This graphic novel was adapted by I.N.J. Culbard and capitalizes on the weirdness of the story’s premise and characters. It’s creeptastic.

(Disclosure: I received review copies of these books.) 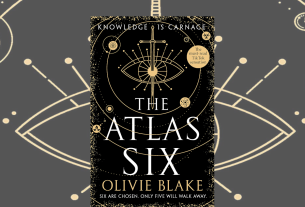 ‘The Atlas Six’ by Olivie Black: A Book Review