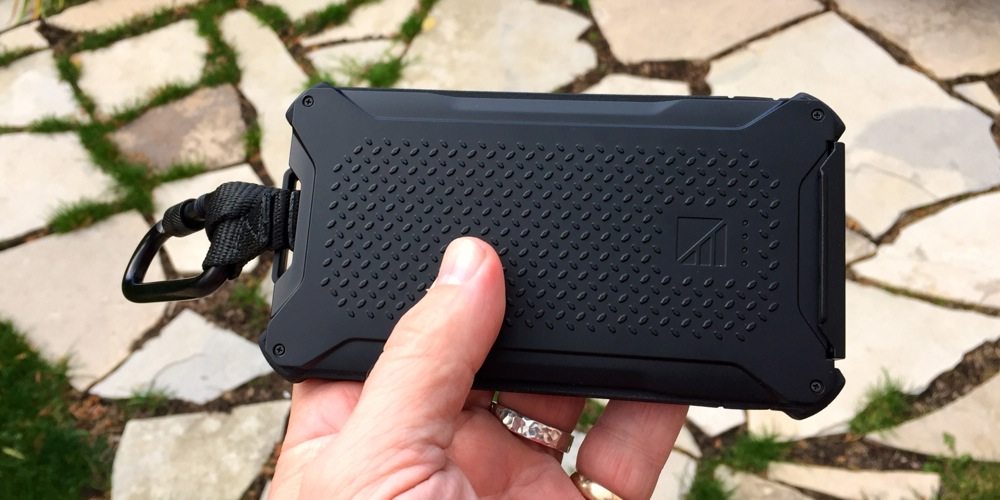 Everyone needs a reliable backup battery charger for their mobile devices and there are a lot of options out there to choose from. Search for “portable battery pack” on Amazon and you get over a million hits. Not many of those get the 4.9-Star rating that the Poseidon does, though. Dark Energy sent me one of their high capacity, ultra-rugged Poseidon portable chargers to try out and this one is a keeper.

10,000 mAh Battery Capacity
That’s a pretty high capacity battery. Technically, that’s sufficient to fully recharge my iPhone 6 battery (1810 mAh) more than five times over. The Poseidon has dual, full-sized USB ports — one with 1.0 amp output and the second with 2.4 amps — and includes probably the coolest USB to micro-USB cable I’ve ever seen, braided in 20 feet of paracord.

If you need a Lightning cable for iOS devices, you’re on your own, though.

You can recharge pretty much any portable gear using the Poseidon, including smartphones, tablets, cameras, and Bluetooth speakers. For a real-life example of what it’s capable of, I used it to charge my iPhone 6 from 40 percent capacity to 100 percent, then plugged in a first generation iPad that hadn’t been used in six months. As in the battery was completely drained. The Poseidon charged the iPad to over 90 percent before finally calling it quits.

Charging the Poseidon’s battery (which is rated to hold its charge for over one year) is a matter of connecting it to a USB power source for roughly five hours, using the handy included cable. A series of LED lights indicate when it’s fully charged.

Waterproof, Rustproof, Shockproof — Virtually Indestructible
The Poseidon has the highest possible waterproof rating of IP68 (that may have something to do with the name), and it has military grade durability (MIL-STD-810G). If you want a minute and a half of entertainment, Dark Energy posted a video on YouTube where they absolutely torture a Poseidon. It’s dropped from a bridge into a river and submerged, thrown from a 100 foot cliff, driven over by what looks like a small SUV, then blasted with a shotgun from 30 feet (in slow-mo no less). Spoiler alert: the Poseidon survives all indignities and remains functional.

Even the USB cable is water resistant.

Portable
Despite the high capacity battery and incredibly tough construction, the Poseidon remains very portable. Stack two phablets together and that’s about the size and it weighs just over 11 ounces. It fits easily in the cargo pocket of my hiking shorts and Dark Energy also includes a Carabiner clip to attach it to a backpack.

Outdoors enthusiasts like hikers, hunters and campers are the target market for the Poseidon (you can even order it in camoflage), but one of these would also be great to have around the house, or in the car glove box in case of an emergency. There’s a lot of peace of mind in being able to cycle through your smartphone battery five or six times when the power’s out, and having the built-in flashlight is a nice touch too.

The Poseidon Portable Charger + Light is priced at $99.99 and available directly from Dark Energy, or from Amazon..

Disclosure: Dark Energy provided a Poseidon for the purposes of this review. 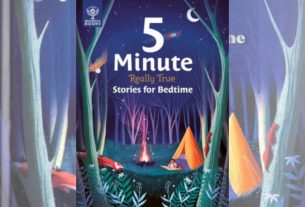