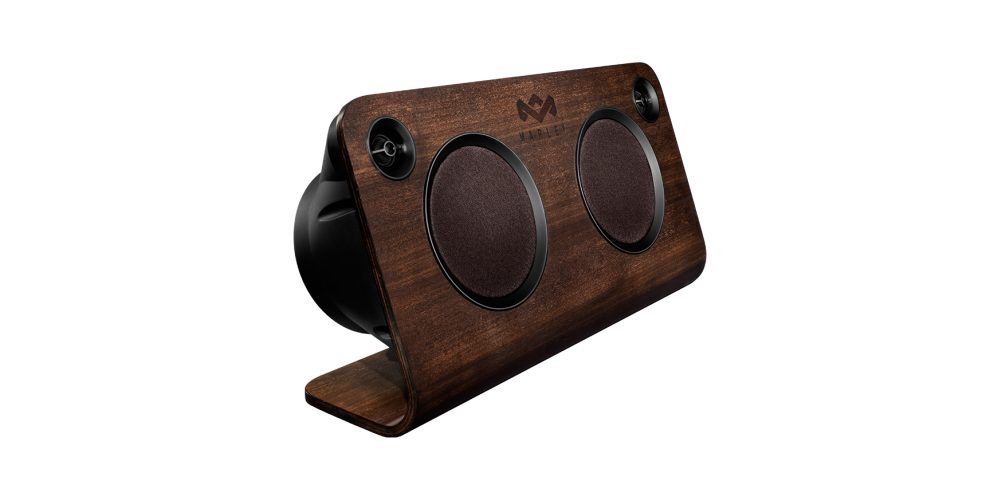 Speakers and headphones seem to be one of the great sources of variety in consumer products. They have the ability to be both a delivery system for music that can have an emotional impact, and be stylish accessories in their own right. Indeed, if you follow the audio products industry, you end up seeing how important branding and design are to product success. Just think about the successes of Beats and Bose.

So, I was really interested to try out a few items from The House of Marley – yes, the audio brand linked to the family of legendary musician Bob Marley.

First off is the Get Up Stand Up – a Bluetooth speaker system. Rather than being a single, portable, and battery-powered Bluetooth speaker, the Get Up is like a stereo setup in one piece, with a pair of 4.5″ speakers and 1″ tweeters, to give a darn good sound from a semi-portable appliance (note: it is NOT battery-powered; you need to plug it in). It’s definitely a step up from the standalone Bluetooth speakers that are all over (including HoM’s own Liberate BT, which they also sent me), giving a much fuller sound. This is an excellent solution for a small studio or room where having a formal tuner/amp and speaker system is impractical. A couple of key features include a USB port so you can charge devices while you use them to feed music into the speakers, and the use of recycled and sustainably-harvested materials in the construction – an important selling-point of the HoM line.

It’s also interesting to point out that the Get Up Stand Up system sells for just about the same as the UE MegaBoom, which I’ve reviewed previously here on GeekDad. The MegaBoom is significantly more portable, and includes the feature of being able to link two units for a stereo setup, via app. But you can get a stereo steup with the Get Up Stand up for the price of one MegaBoom, if you’re willing to plug it in to an outlet. It’s an interesting set of choices.

The Get Up Stand Up from House of Marley sells for $299 on Amazon.

The Liberate, also from House of Marley, is a basic portable Bluetooth speaker, and as such it falls solidly into the same category as the UE Boom (the MegaBoom’s little brother). In comparison, the UE device has a more 360-degree design, and again via app, can link up two devices for a stereo setup. However, the HoM device totally keeps up with the Boom in sound quality, giving the impression of a larger powered speaker. It again uses as much recycled and sustainably-sourced materials in its construction (including hemp in the fabric cover) as possible. And, perhaps the most important consideration – it’s half the price of the Boom.

The House of Marley Liberate sells for as low as $66 on Amazon.

Lastly, House of Marley sent me a pair of their Liberate XL over-ear headphones. GeekDad’s own Brad Moon reviewed the Bluetooth version of these back in June. The tl;dr of this review is that the wired versions sound close, but perhaps slightly different than, the BT versions – clear, but light bass, good mid-ranges, and sharp highs. These headphones have two things they’re striving for – to look good (check), and to compete sonically with the industry-leading Beats (check). And while I can affirm they’re good headphones for the money, here’s the ultimate test: will today’s teens take to them. I’ve let my 17 year-old son try them out, and he’s in love. I don’t think I’ll be getting them back, and if that’s how normal teens react, then Beats may want to take notice, since these are half the price.

The Liberate XL over-ear headphones sell for $90 on Amazon. 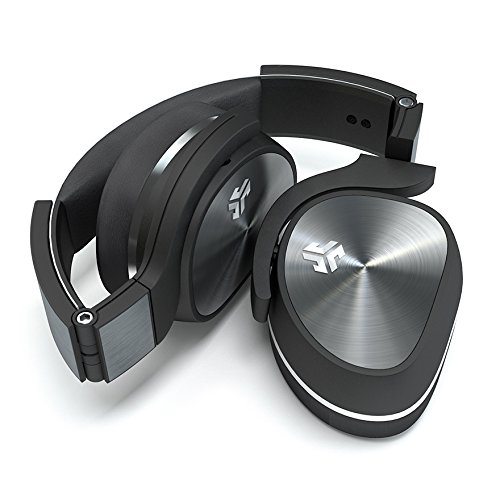 “The perfect is the enemy of the good.” That’s a classic idea meaning, simply, that you can waste a lot of time and money pursuing the best while missing out on things that will do the job well with far less effort. Into this category, I’ll drop the Flex over-ear headphones by JLab. Here’s what you need to know:

My bottom line on these is that they’re good. Not great, just good. They feel good, they look good, and they sound good. Since I had both handy, I compared them to the Marley’s above, and I liked the sound out of the Flex better. And when you consider they sell for just $70 on Amazon, you could argue that in this case, the good is the enemy of the expensive.

I’ve also had the opportunity to try out two different bluetooth earbud solitions. What’s great about these is the portability and freedom. You connect to your music source (usually a phone) via Bluetooth, and then leave it in your pocked while you walk around or excercise, and don’t have to worry about getting wires tangled up.

Both these units – the Epic from JLab and the Transit Micro from Jam Audio – do all the things you expect. They’re a little heavy, since there’s a battery integrated in the device, which will get you about 10 hours of use. They charge via USB (there’s a small micro-USB port to plug into). Both are geared towards sports users, with special earhooks, and water-resistance. Sound is fine – it’s nothing like over-the-ear headphones, since the drives are way smaller – but for exercise music or podcasts, they do great

One negative, at least that I’ve found with both of these, and some other similar models, is that the Bluetooth radio in them isn’t that strong. Invariably, if I kept my iPhone in my left breast pocket while wearing the earbuds, and turned my head to the right, they would lose the signal and whatever I was listening to would drop out. This seems to be a problem all through the industry.

However, the portability and convenience are great, and if you can deal with the peculiarities, these are quite useful. I don’t have a preference for one model over the other, so take a look at each one before making an aesthetic choice.

The Epics from JLab sell for $100 on Amazon.

The Transit Micros sell for $80 on Amazon. 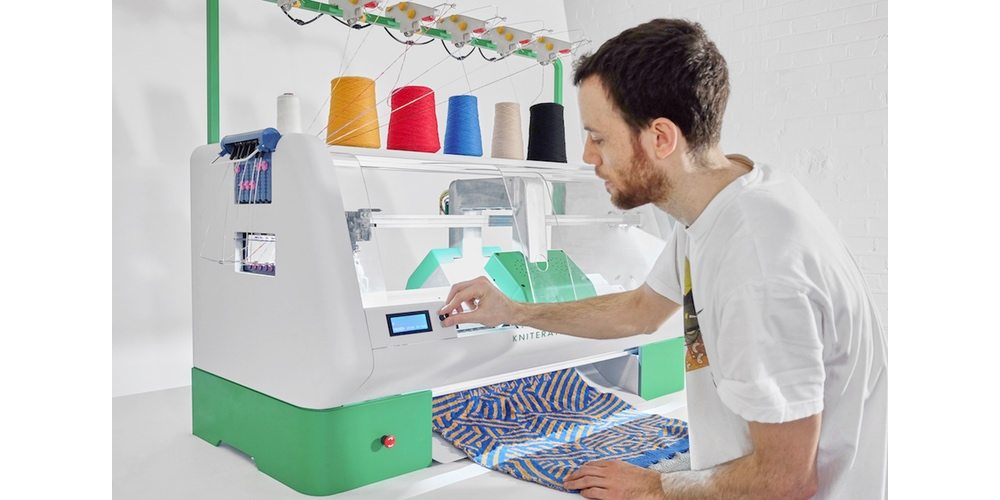 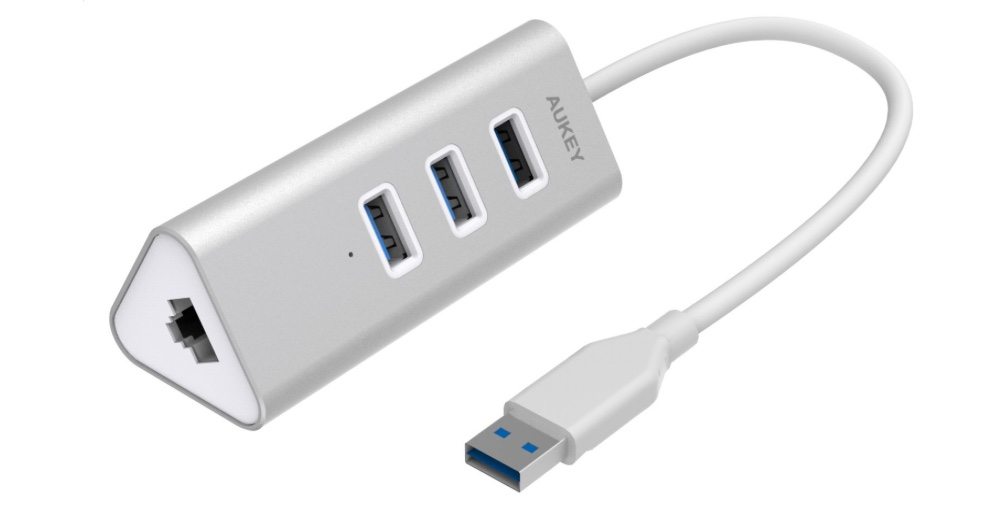