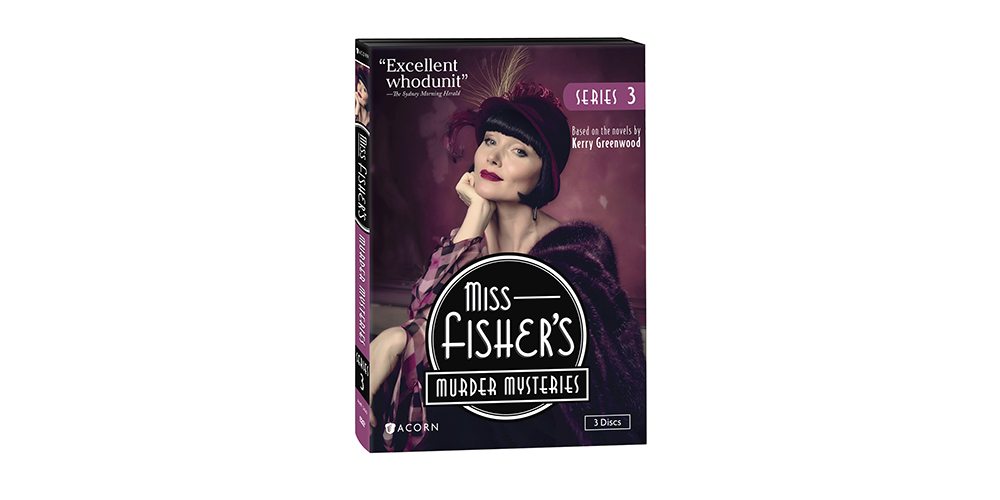 I’m not what you’d call a mystery hound, nor am I a fan of period pieces. Yet somehow I cannot get enough of Essie Davis as the title character in the ABC–that’s the Australian Broadcasting Corporation–hit Miss Fisher’s Murder Mysteries.

Set in Melbourne in the 1920s, the series casts Davis (known here in the States as the mother from last year’s horror smash The Babadook) as Phryne Fisher, a wealthy, liberated woman in a time and place that, honestly, doesn’t really know what to make of her. Springing to life from the pages of Kerry Greenwood’s novels, she drives cars, flies airplanes, cavorts with men, and fraternizes with Communists and *gasp* Catholics!

Mostly, though, she’s a kick-ass detective.

Season one saw Phryne return home from abroad and build her own motley tribe–Mr. Butler (the butler), her maid Dot, rough and tumble cabbies Burt and Cec, her young ward Jane, and Detective Inspector Robinson and Constable Collins, her sometimes-friends in official law enforcement. And, of course, she solved many a mystery using her considerable intellect, toughness, and the simple fact that society does not expect a lady to possess such fortitude.

Season two boasted even more adventures, including notable stops at a vineyard and radio station–two places one would not likely expect to be the sight of a murder mystery. It also served to prime the audience for this year’s third season (which they literally demanded), and, while just as exciting and entertaining as those that came before, was, sadly, limited to a scant eight-episode run. 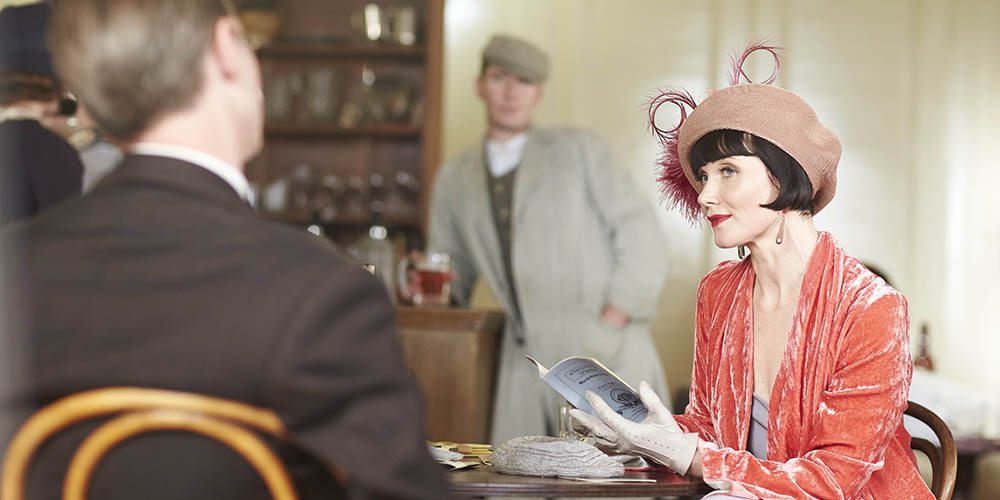 Season three is freshly available from Acorn Media on Blu-ray and DVD–in a two- or three-disc set, respectively. Acorn was nice enough to hook me up with the Blu-rays, and the presentation is, not surprisingly, excellent.

Across these eight episodes, we see the playful bond between Phryne and Detective Inspector Robinson continue to grow (not to mention developments in the parallel relationship between Dot and Hugh Collins). Of course, this doesn’t mean we don’t also get more glimpses of Phryne’s colorful past and the requisite return of an old flame.

Mostly, though, we get murder.

A magician’s assistant gets the axe, a trail of child murders is discovered–hell, there’s even a killing at a tennis tournament. Aside from that there’s also amazing clothes and music, unexpected arachnophobia, the return of (not so) dear old dad, Baron Henry Fisher, and… is that wedding bells I hear?

While the packaging is a little light on detail–just a two-disc clamshell in a cardboard slipcase–the content more than makes up for it. The eight season three episodes are joined by fun bonuses like a behind-the-scenes featurette and photo gallery and “Mr. Butler’s Drink of the Week.” 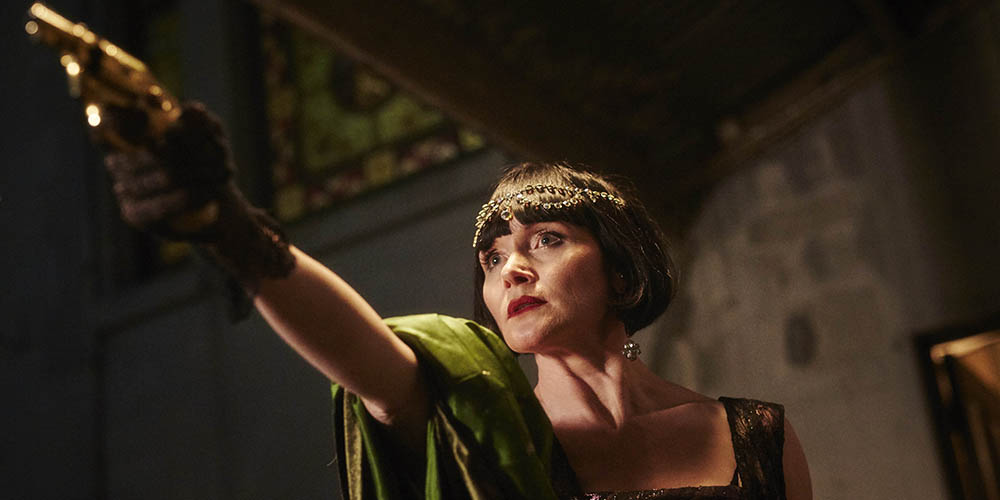 If you’re a fan, this is not a set to be missed. And if you’re not? Well, definitely give Miss Fisher’s Murder Mysteries a shot. It’s a production that practically oozes charm, with phenomenal acting, lush set and costume design, and surprisingly engaging whodunits.

And who doesn’t love a gal with a gun? 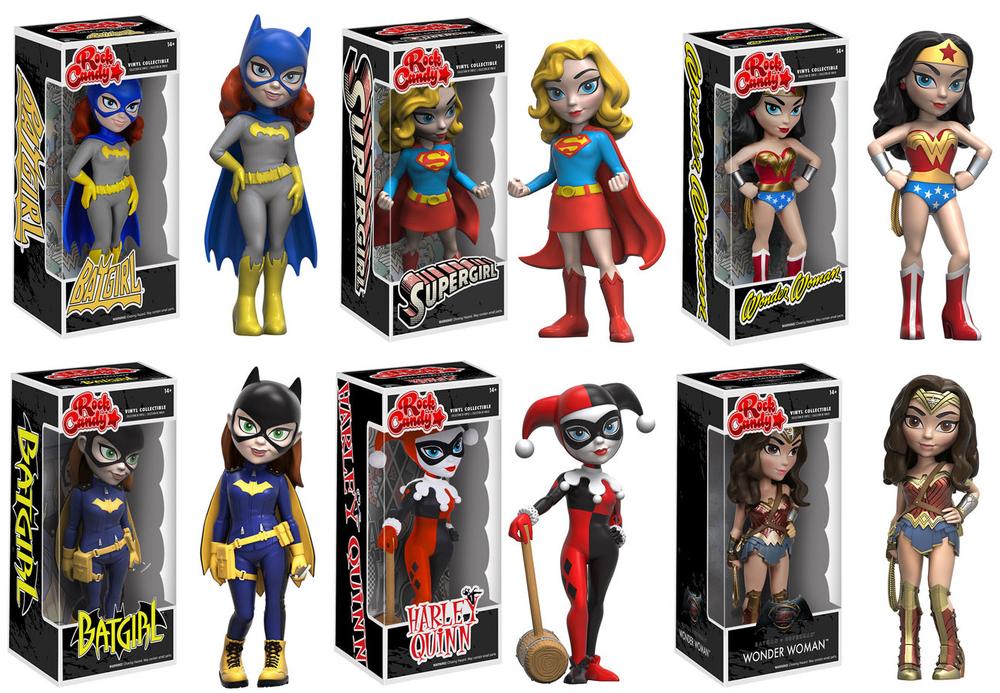 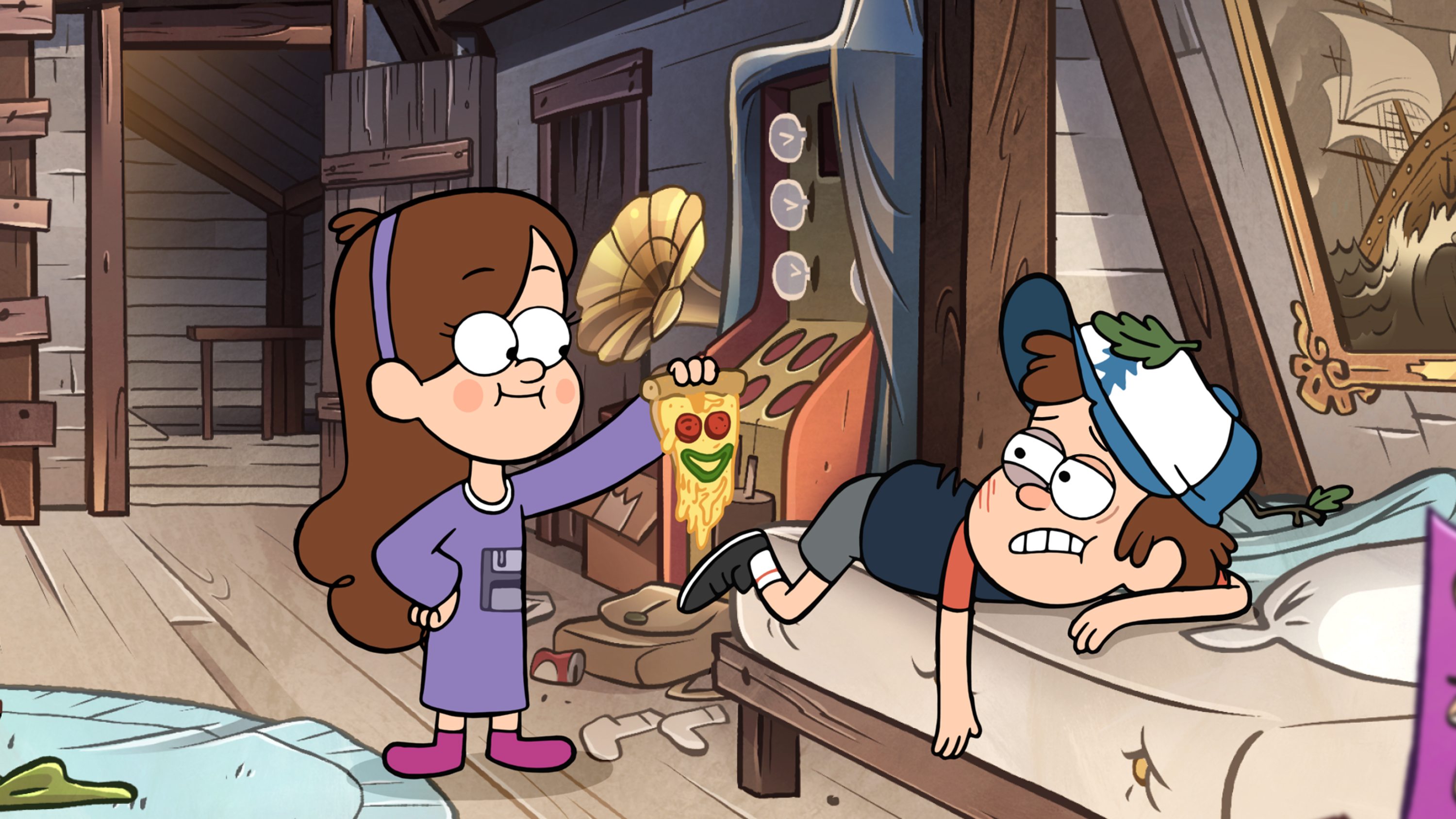 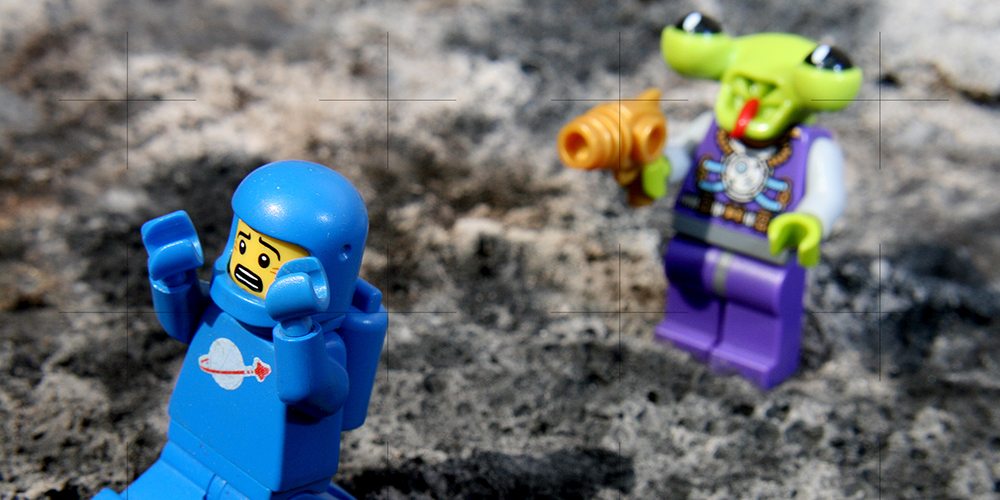