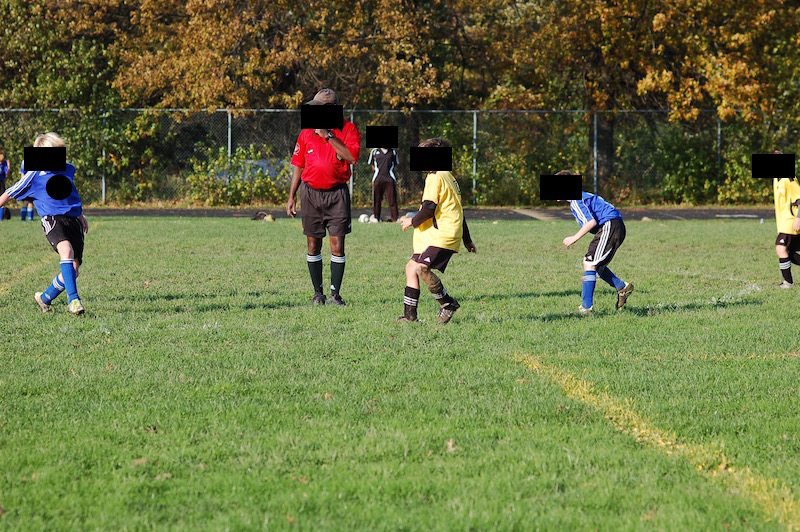 It was time to sign up my kid for futsal, so I followed the link in the email from the team manager to sign him up. Only, in addition to digitally signing a waiver recognizing the health risks and holding the organization free from blame, I was also expected to sign a media release waiver:

“I, the parent/guardian of the above named Registrant, in consideration for accepting the Registrant for their Futsal programs and activities (collectively the “Programs”) hereby grants to [The Organization] and its member clubs and organizations, the right and permission, free from approval, review or cost, to photograph, record or otherwise capture the Registrants likeness in participating in the Programs for use in media, now or hereafter known, including, but not limited to pictures and video, to copyright the same in its own name, and which may be included in whole or in part for commercial or promotional use”

A quick perusal of the organization’s website shows that they pretty much just show group pictures of winning teams, maybe a couple action shots of groups, and that the likelihood of my child being singled out for ridicule or being the subject of a “what not to do” article is low.

But that’s not the point, is it?

I’m talking about digital images of my child that will live on to perpetuity and granting the rights to that picture to someone else forever. In whatever way they choose. Without my approval or review.

Imagine this. One day, seven years from now, my child’s image could resurface, in an article bashing child sports, with my son being shown as a prime example, and his infamy could begin. He is mocked, shunned, and subsequently cut from his high school team. Or, they could edit the image in some other way.

Which would totally be within their right, because I have legally waived my rights to any and all photographs of my child.

On the other hand, when we look at a company’s website advertising an activity we wish to sign our kids up for, we expect to see photographs. Of kids. Participating in the activity and having a blast doing it.

Full disclosure: 1) I am a fiction writer, and my job is to imagine the “what ifs”. 2) There is nary a soapbox that I won’t climb. Sure, the scenario above is an extreme example, and sure, the likelihood of this happening is low, but still.

A lawyer friend has advised that on written waivers, I can cross out and initial the offensive segment of any waivers. So I followed up with the organization to see how I can cross off the objectionable language and move forward with the registration.

Here’s the response I received:

“Your son / daughter does not have to sign the waiver, but if they do not they cannot play in any [parent organization] event including our leagues. Sorry, however, there are no exceptions. You have to sign both waivers in full, or your son/daughter will not be eligible to play. This is consistent with every league and tournament through the country.”

So I must waive the privacy of my son’s image away forever for him to participate.

This left me very uneasy. Another parent reassured me that her son had participated last year and nobody took any pictures of him. Frankly, the “everyone else is doing it” argument has never convinced me; I’ve never been one to jump off bridges, regardless of the company. Reasonable though it sounds, it does not address my underlying anxieties.

Another disclosure: 3) I am married to a sane, reasonable man.

When I explained the situation to my husband, he noticed first how worked up I was, then pointed out a few salient facts. This wisdom I shall now pass onto you, dear Reader, to help guide you should you find yourself in a similar quandary. Final disclosure: 4) I am not a lawyer, and any advice you take here is taken at your own risk after doing your own thinking.

First, what is the purpose of the photographs? The organization wants to advertise its facilities and activities to get people to sign up. The pictures would be used for business purposes, to make money.

Second, making a child look bad would make bad business sense. Because if a child looks bad, the company looks bad, both because they appear mean by mocking the child, and because the events took place in their facility. Think about it: If you, as a parent, saw a mean-spirited picture or comment on a company’s website or advertisement, you would not choose to send your child there, would you? Would not the backlash on social media support your decision?

Score one for rational thinking. That said, he said that if I was uncomfortable with signing it, he was okay with not signing him up. Conflict averted.

So it’s time to think things through thoroughly. On the one hand, there is the risk of granting unrestricted rights of your child’s image to an unknown organization, which I suggest is bad practice.

On the flip side, we sign agreements all the time without reading through them, right? And nothing bad happens. I mean, we download some app and just blindly agree to whatever is on screen just so we can start playing the game, right? (Bonus disclosure: I don’t, but that’s a topic for another day.)

But once the image is out there, the damage is done, right? It’s an important discussion to have with children, involving them in the decision-making instead of simply telling them “yes” or “no.” After explaining both sides of the issue to my son, he said he’s fine with whatever we decide.

He will still be playing indoor soccer elsewhere, so his activities are not completely sidelined. That too helps. In my fictionalized version of this saga, he’d be laying the guilt trip, or hating me, bemoaning how I’m standing in the way of his success, as opposed to this all-too mature response from a nine-year-old pointing out how I’m the one going crazy here. The decision was up to me.

The following morning, I received an email from the manager:

“I have never sent in any league photos and they have never used any that I know of from our league. That waiver is used for tournaments and national events also so that is why it is included.

You have to make the decision but if you specify no photographs I am fine with that.”

Looks good, right? I thought so. I emailed the manager this response:

“Thank you. I have been burned by contracts in the past, so I am careful to protect my (and my children’s) rights. I know the possibility of distribution is low, and that the intent for usage is not sinister, but if I grant permission for ‘group/team photos only’ will that work? I don’t want to restrict the organization from posting a team photo for advertising the website/tournament/whatever, don’t want to create undue hardships in the process. As a writer, it is second nature for me to think of the worst case scenario (rogue employee forms offensive website featuring my kid in a ‘how not to play soccer’ article), and I want to have legal recourse in such an event.

Then I waited a couple hours, and though I hadn’t received a response, I went ahead and signed up my son. This legal mumbo-jumbo is not going to come to anything anyhow, since, as the manager said himself, he’s never sent in any league photos anyhow. So it’s really just a formality.

And then, three minutes after I registered, I received this email:

“I think the best option is to forego playing in our league. Please let us know the name of the team or go ahead and register like everyone else. Thanks for your concerns.”

Argh. I had just signed up, and decided to stem any apprehensions he may be harboring from this persistent psycho-mom. So I called him. We had a nice chat.

He mentioned that it’s the standard waiver from the national organization, used by tournament organizers, but that the national organization had never actually visited the facility to take pictures. All in all, we both knew that the scenario we both feared—that someone would take an offensive picture and I would lash out—was not likely to happen, because we spoke. Because we connected as people, not as legal entities.

So, by all means, review all legal agreements before you sign them. Realize that you are the guardians of your children’s digital presence and that the choices you make for them now may have long-term consequences for them later in life.

We’ve heard the tip to nab your children’s email addresses when they’re born and send them messages every year on their birthday, sharing the password with them on their eighteenth birthday. Yet, when we post pictures of our children, or when we grant others permission to take and use pictures of our children, we don’t always consider what might happen to that picture (via photo-editing software) and who might see it.

At the same time, over-reacting is not helpful either. Considering the sheer number of photographs on the internet today, including Facebook, Instagram, blogs, countless photo-sharing sites, to name just a few of the places they are shared publicly. The likelihood of your child being singled out is lower.

Whatever the reason, risk of exposure should be balanced with statistical probability for the sake of sanity. Case in point, I’m equally paranoid about sharing too much while bemoaning the fact that my Amazon book sales are deplorable.

Can I really have it both ways? Too many people looking at me, and not enough people looking? See what I mean? Recognize the inconsistencies in your thinking and pick one side or the other, whichever one is stronger. Use one irrational fear to cancel out the other.

Finally, connect with the people involved. If you have questions about the contract you’re being asked to sign, ask. Make sure you’re comfortable with the terms you’re agreeing to, and if you’re not, walk away.

If your child’s involvement in the sport or activity is more important than your misgivings, make that decision for yourself and live with it. Sure, bad things can happen, just make sure you’re prepared. And by connecting with the other side—as people—you can keep a situation from escalating in the first place.

University of Phoenix: How Flexible Is Your Schedule? 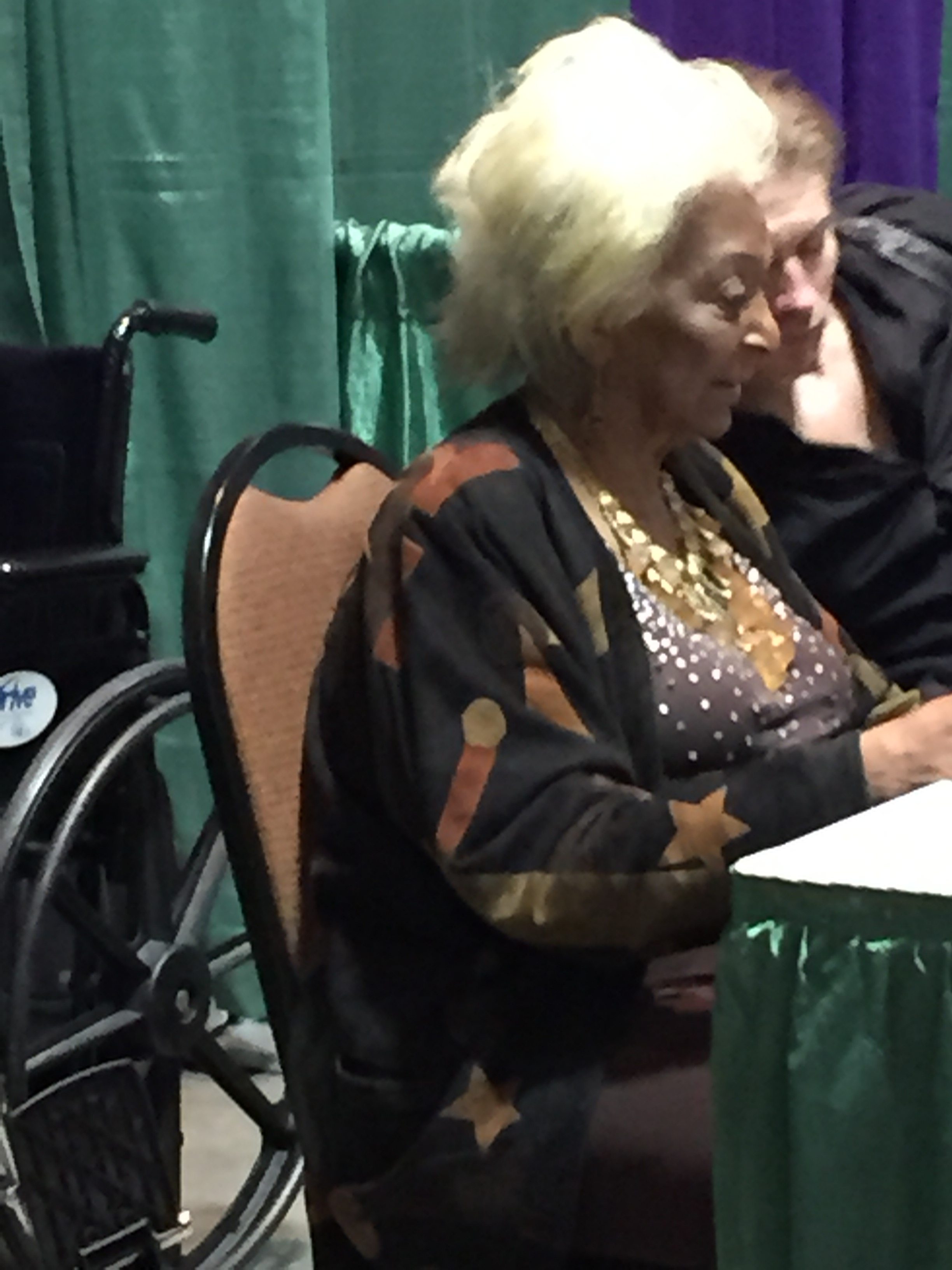 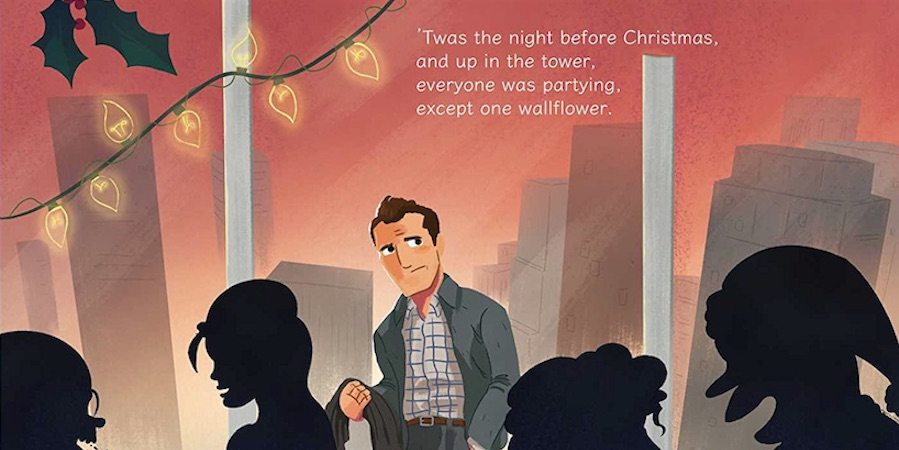 3 thoughts on “Should Parents Sign Those Sports Media Permission Waivers?”