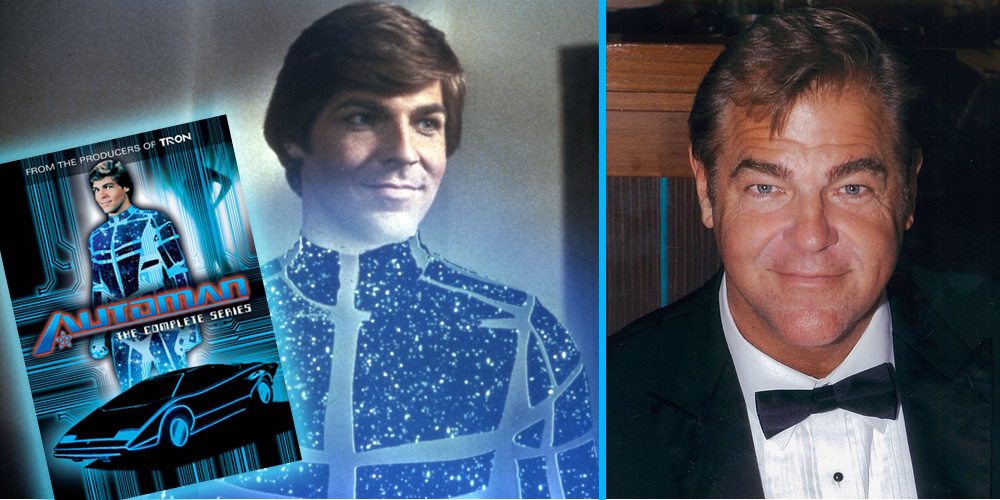 As I wrote earlier this week, Shout! Factory just released the first DVD set for the complete series of the ’80s television cult classic Automan. In reviewing the DVD set for GeekDad, I caught myself tilting my head straining to figure out from where I recognized the distinctive voice of Automan, Chuck Wagner. One synapse connection later and I realized that Mr. Wagner lent his majestic baritone to one of my favorite songs of all time, “If I Can’t Love Her” from Disney’s Broadway musical Beauty and the Beast.

Sure, you may remember Chuck Wagner as the star of Automan, but he’s been enjoying success throughout the entertainment industry in the thirty-plus years since the television series ended. I was fortunate enough to connect with Mr. Wagner to satisfy some questions I had about Automan and what he’s been up to in the intervening years:

GeekDad: So much time has passed since Automan was on TV. How does it feel to see the show released on DVD after so much time?

Chuck Wagner: Time is an illusion, and the fact that Automan still exists is a happy miracle. The ’80s was a decade of hope and optimism, and I’m thrilled that our adventures have been preserved for posterity. What’s a few decades between friends?

GD: The television show seemed to have some pretty outrageous special effects for 1983. What kind of budget did the show have, and how long would it take for each episode to go from filming to primetime?

CW: Ours was a CGI concept before CGI effects, and a lot of the magic was done with old school film tricks. We were shot on film, and the Automan effect was done with a beam splitter and lot’s of post production. I explain it fairly well [on] the documentary bonus feature with the DVDs. It was an honor to work with special effects master David Garber. Our budget was over a million dollars an episode, huge at the time, which is one on the reasons for our brief run.

GD: We never saw you before the effects were added. Can you briefly describe the costume you wore while filming Automan? 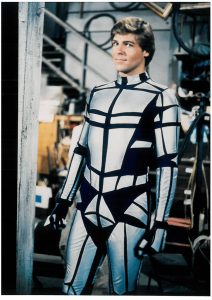 CW: The costume was basically a navy blue spandex unitard with relective panels made of a super reflective material, much like from [what] projection screens are made of. Shot with the beam splitter, the panels were very bright… a negative of the shot was made which became a traveling matte into which the star field pattern was composited. This was all done with film. Today with green screen it would be very simple.The costume was reasonably comfortable, though my high heeled boots were a tad awkward at times.

For the pilot, when Walter (Desi Arnaz, Jr.) and I merged and became one, the creatives were not sure whether they preferred me to stay Automan completely, or to wear what Walter was wearing so we shot many of the sequences twice. Most of my “human” clothes were trimmed with the reflective material so the effect of the Auto-glow could be achieved “in camera.”

GD: Of the episodes you filmed, which one was your favorite and why?

CW: I truly loved every minute of the experience. To be chosen by Glen Larson to lead one of his series was an honor. Working with so many great actors like Robert Lansing, Gerald O’Laughlin, Patrick McNee, and so many others enriched my soul. 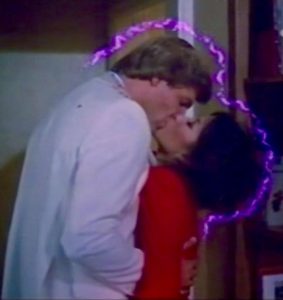 My favorite moments were the little touches of romance I got to experience. My first on-screen kiss was in “Ships in the Night” with Franz Nguyen (The Dolman of Elas: Elaan of Troy in Star Trek TOS) which was an honor and amazing! I had a blast rocking with Laura Branigan in “Murder MTV.” (She was a great singer and an amazing kisser!) In “Unreasonable Facsimile” I got to kiss the lovely Delta Burke (Designing Women) in front of a fireplace in Malibu, and in “Murder Take One” I shared a kiss with the beautiful Michelle Phillips (The Mamas and the Papas)! This holographic crimefighting has some fabulous perks! I also loved the electric tingle that the Auto-kiss generated!!

GD: Automan only had 13 episodes before it was pulled from the airwaves. From what you know, why was it canceled so soon?

CW: I believe it was the simply the cost. Still, 13 episodes is a lot more than none, so I look at it as a win. (I am, at heart, an optimist!) Ours was a concept just a bit ahead of its time.

GD: Readers who only know you from Automan may not realize that you have enjoyed tremendous success as a stage performer on Broadway. What was your first big break in theater?

CW: My first moment of theater was in the 4th grade as Captain Hook, and later that year I saw my first Broadway Musical (1776) and visited Disneyland. From Disney I learned the power of Imagineering, and I fell in love with Broadway. My first professional gig was in a Summer Stock company in Kentucky in 1976 (Jenny Wiley Summer Music Theatre), and the following summer I got the lead in The Lost Colony in Manteo, NC under the direction of the great Broadway director Joe Layton. He inspired me to follow my dream which led me to Los Angeles and USC, where I met Frank Wildhorn who would go on to write Jekyll & Hyde. I’ve been blessed to have been drawn to the theater, and still believe I’m following a magic path. 30 years on I still feel like a kid starting out. 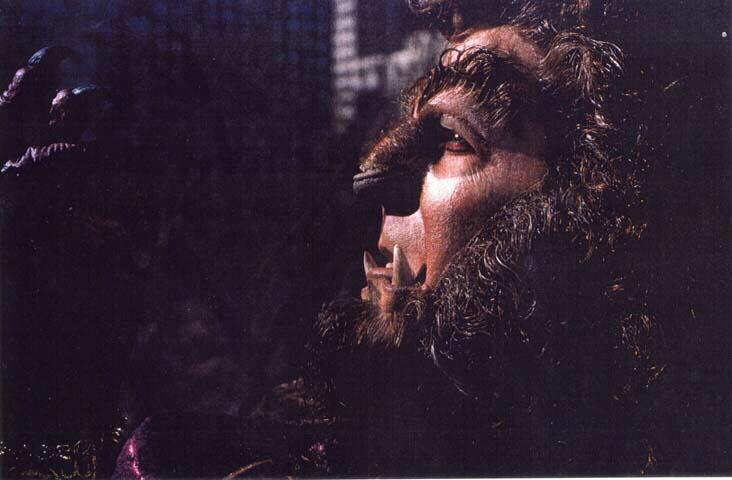 GD: You originated several famous roles including Dr. Jekyll from Frank Wildhorn’s acclaimed musical Jekyll & Hyde and, perhaps most famously, as Beast in Disney’s Beauty and the Beast on Broadway. Which of your roles (stage or screen) are you most proud to have performed?

CW: I feel very lucky to have worked with so many great talents. Creating the role of Rapunzel’s Prince in Sondheim’s Into The Woods was amazing, and then touring as Cinderella’s Prince and the Wolf made it even better! Of course Jekyll & Hyde was my most physically taxing role, and my five years as The Beast were very rewarding. I’m still honored to be part of Team Disney and I perform my life story LIVING THE DREAM aboard the Disney Cruise Line as often as possible! My years in Les Misérables are also highlights, having played Javert for several years, and more recently playing Jean Valjean.

I also took a 4-year detour as Ringmaster of the Ringling Bros. and Barnum & Bailey Circus. That is an adventure I’ll never forget, and was happy to channel the spirit of P.T. Barnum.

GD: Looking on your website chuckwagner.com, I see you’re still a very busy man. What have you been working on lately?

CW: Most recently I developed my solo mainstage show LIVING THE DREAM for Disney Cruise Line, and I loved it so much at sea I’m hoping to join the crew as Cruise Director one day soon. I continue to travel the country teaching Musical Theatre Masterclasses, hoping to inspire the next generation of Broadway stars, and I perform concerts when I can. I’m always on the hunt for new work, so let me know if you hear of anything fun!

GD: Think we’ll ever get to see an Automan reboot? If so, would you be willing to make a cameo?

CW: It would be great fun to see Automan 2.0! I still think the concept is intriguing, and with today’s technology the possibilities are limitless. I’d love to be involved in any capacity–an animated series, possibly all CGI would be perfect. Then Desi, Heather, and I could do the voices!

I’d like to thank Mr. Wagner for taking the time to speak with me, it was a fantastic honor. If you’d like to keep up with Chuck Wagner yourself, be sure to follow him on Twitter at @thechuckwagner or on his website www.chuckwagner.com. Lastly, don’t forget to pick up your copy of Automan for a fantastic blast from the past!

*Note: A previous version of this article incorrectly featured a performance of The Beast by Terrance Man. 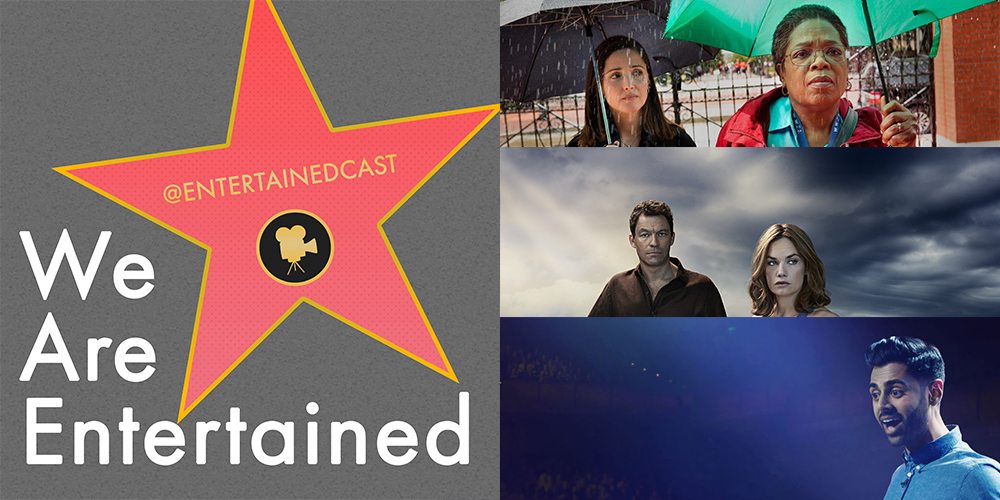 We Are Entertained: ‘Homecoming King’ 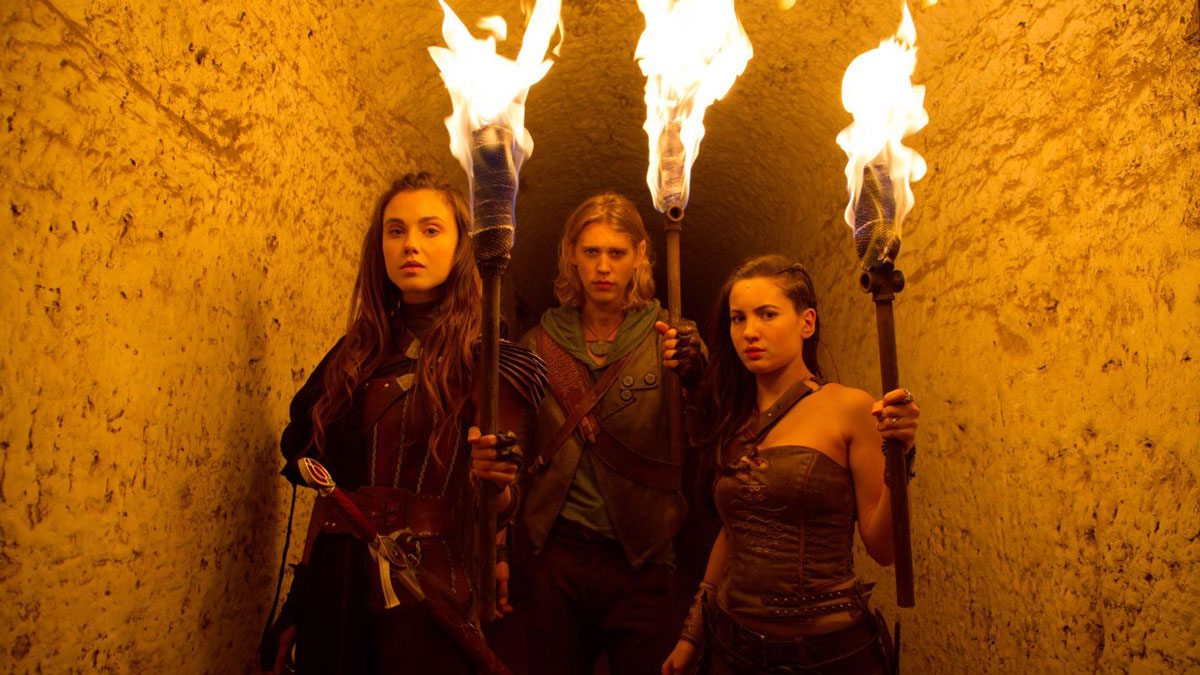 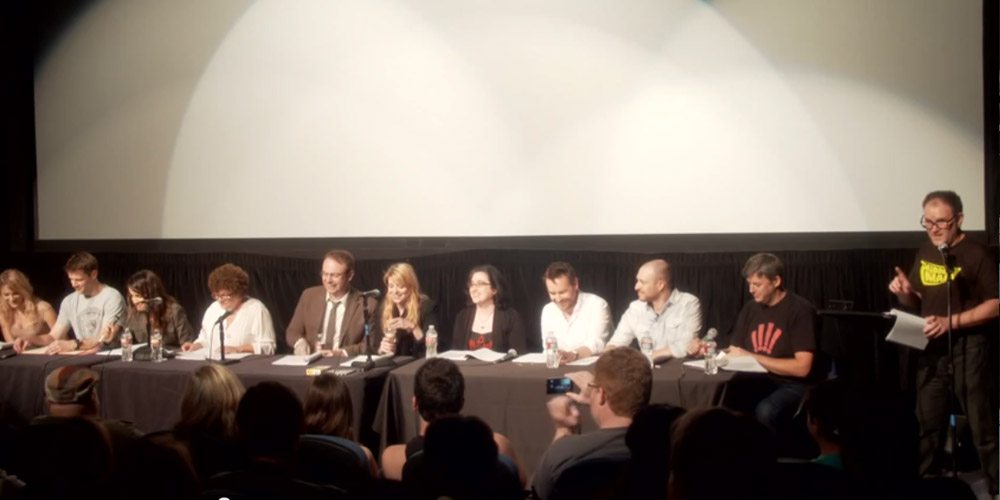