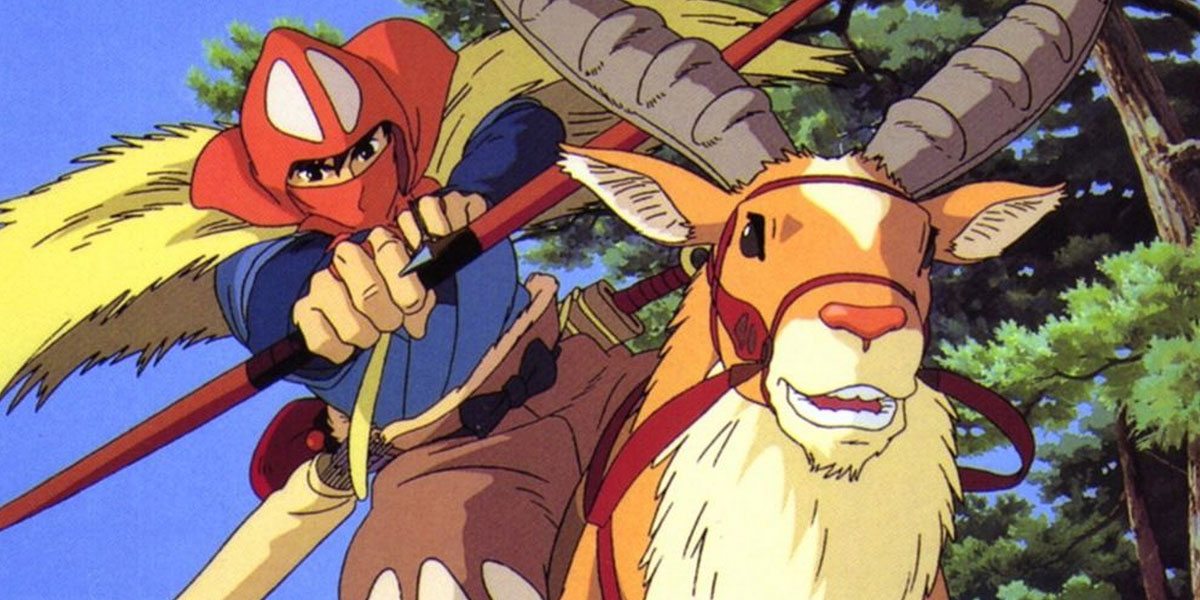 Princess Mononoke is one of my favorite films, so it was a no brainer for me when deciding on my next cosplay that I’d try Ashitaka.

I recently started foamsmithing after an interview with Bill Doran of Punished Props, so I really wanted to do a cosplay with a full set of armor to practice what I’ve been learning. However, after my trip to DragonCon and seeing all the amazing San cosplay, I knew I had to do Ashitaka next. Also, because my son and I always do father-son cosplay, I figured I could easily make him a kodama with relative ease and be set.

The issue with Ashitaka, though, is that he has no armor to speak of. With Yaya Han’s words of wisdom (from her panel at DragonCon) fresh in my mind, I decided that I’d take this opportunity to learn some new skills. I’ve never used a sewing machine in my life, and I’ve certainly never made my own patterns, but, for Ashitaka, I’m going to need to do both! In looking for patterns to use as a base, I’ve even sourced a couple of patterns from the ’70s and ’80s from Etsy!

I also need to make several weapons–a sword and a bow and arrows. Obviously the bow can’t be made out of foam, and, after a quick trial, I decided the sword wouldn’t work made out of foam either. I’d need to try my hand at some woodworking for the first time as well!

Following Doran’s lead, I took a visit to Lowe’s, picked up a piece of poplar, and drew out the basic outline of the sword, using my foam prototype as a template. I then broke out my new Dremel and tried to use the wood cutter and guide to cut it out. Unfortunately, my test cut just wasn’t as clean as I was hoping, so I put sword development on hold until I can get to a scroll saw.

I then moved on to working on the bow. Ashitaka’s bow is the same height he is, so I bought two dowels and stuck them together with a threaded bolt. I then cut them down to the appropriate length, and wrapped the center with some foam to simulate a leather wrapped handle. After I whittle down the wood so that the bow tapers, I’m going to be coating the entire thing before painting it.

I decided to move on to tackling the biggest challenge for me–sewing. I went fabric shopping and spent a lot of time looking for fabric that I felt both matched the character design from the anime but also looked and felt authentic as if the character had existed in the real world. I want to make my Ashitaka look as realistic as possible, so fabric choice, even at a little added expense, is very important to me.

So far, I managed to make the hood and face mask, though I’m still trying to figure out the best way to attach the face mask to the hood (for now it’s just safety pinned on). I’m making sure everything is lined and nicely hemmed and seamed as well. I want everything to look like something real and that will last more than one convention.

I also made a really quick pattern out of muslin for the shoes. After pinning the muslin to my feet, I made some changes to the pattern and am now waiting for the arrival of my materials to attempt actually making them.

In the past, I’ve always relied on my wife when it came to the sewing parts of my cosplay, but, since this one is almost entirely about sewing, I really wanted to tackle the challenge of doing it all myself. I’m planning on debuting this cosplay at Emerald City Comic Con 2016 which isn’t until March, but because of all the novel crafting techniques, I’m starting early! I’ll do a couple more work-in-progress posts over the next few months but the final reveal won’t be until the convention! Do you have any cosplay plans coming up?

Projects for the Nature Geek: Create a Tabletop Ecosystem