What’s little and metal and arriving today on the Nintendo 3DS? That’s right, it’s me!

What’s a Chibi-Robo?
You can be excused for not knowing the titular Chibi-Robo, as it wasn’t exactly hard to miss his previous adventures. His North American debut happened way back in the halcyon days of the 2006 on the GameCube–wherein he platformed and puzzle-solved his way through a weirdly retro household, trying to assuage family drama while not totally exhausting his batteries. He’s shown up a couple of times since, most notably in the Nintendo DS outdoor adventure Chibi-Robo!: Park Patrol and in 3DS downloadable augmented reality title Chibi-Robo! Photo Finder.

So he… cleans things?
Sure, but Chibi isn’t exactly Rosey the Robot. At only 10 centimeters tall, Chibi-Robo is a little bot in a great big world. And this time around there’s more at stake than simply muddy footprints and marital strife.

Like what?
While the Chibi Robo! series is no stranger to aliens, now it appears as if those diminutive off-worlders are absconding with Earth’s natural resources.

Wait; is this some sort of hippie-dippie conservation thing?
There are definitely not-so-subtle ecological messages in Chibi-Robo! Zip Lash, but it’s all pretty much common sense stuff. There’s the whole thing with the aliens, obviously, but Chibi also benefits from picking up any litter he finds during his adventures. He can return that rubbish to his roving Chibi-House (managed by his helpful sidekick Telly), where’s it’s used to generate the electricity from which he draws his health/energy. So, y’know, there’s also a pro-recycling message. 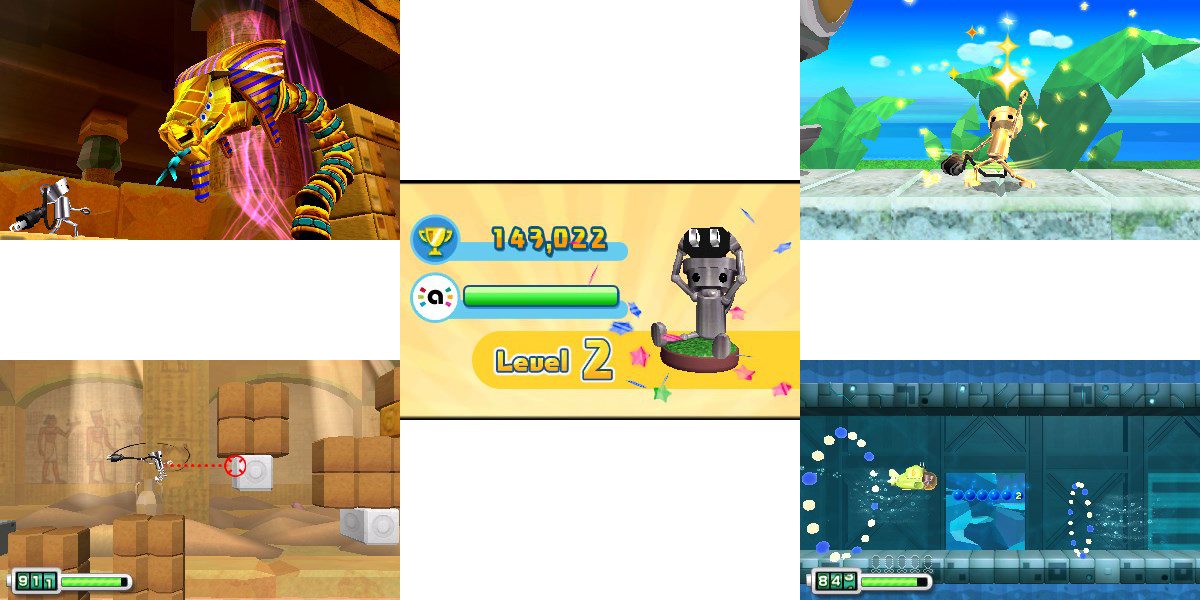 So Chibi-Robo navigates levels picking up trash?
Well, that’s not the main mechanic, but it’s one of many secondary game elements. Mostly, Chibi uses his trademark plug and power cord–they protrude from his tiny metal butt like a tail–to whip enemies and navigate vertical environments grappling hook-style. Along the way he’ll pick up garbage, discover hidden snack foods (which he shares with other toys), collect coins that can be exchanged for things like items and collectibles, and power up to enter otherwise inaccessible areas via surprising new abilities.

Okay, I am officially confused.
That’s not actually a question, but I feel you. Chibi-Robo! Zip Lash isn’t your typical platformer. One moment you might find yourself using your 3DS system’s gyro-sensor capabilities to open a barrier, the next you’ll be chasing down baby Chibi-Tots, then you’re collecting boost balls to increase your whip length and pulling off impressive bank shots, and then maybe you’re returning lost alien children to their parents.

Was that meant to clear up confusion or cause more?
A little of both, maybe? Zip Lash is hard to pin down, and that’s simultaneously both the title’s best and worst feature. The core element of its gameplay, using the robot’s plug as a simple whip or powering it up for a dazzling zip lash, is fun and properly polished. Sending the projectile careening through multiple obstacles or making the perfect ricochet to lock into an intentionally oddly placed climb point is incredibly satisfying–even though the latter often requires trading in the flexible circle control for the more precise d-pad. Sadly, the game designers seemed far less confident in this core element, as gameplay is often interspersed with vehicle missions and boss fights that range from the whimsical to the infuriating.

Then it’s not all wine and roses?
Sadly, no. Part of the problem is the collectibles. I’d go so far as to say that element was overambitious. There are badges to be unlocked for completing tasks like locating snacks and getting through a level without the use of helper items (and even a Miiverse-enabled code system used to unlock bonus costumes that I’m still struggling to understand). It’s clear to see that Zip Lash was designed with heavy level repetition in mind, and the way it goes about achieving it is even worse. Worlds are composed of six stages, which are arranged in a circular path. At the end of each stage, you are tasked with striking one of three flying saucers in bronze, silver, or gold that grant you either one, two, or three spin attempts. Yes, you are expected to spin a “Destination Wheel” that determines how many spaces Chibi moves around said circle. In order to unlock a world’s boss, you must complete all six stages, but whether you land on a new map location or a previously visited stage is left to the will of the wheel. 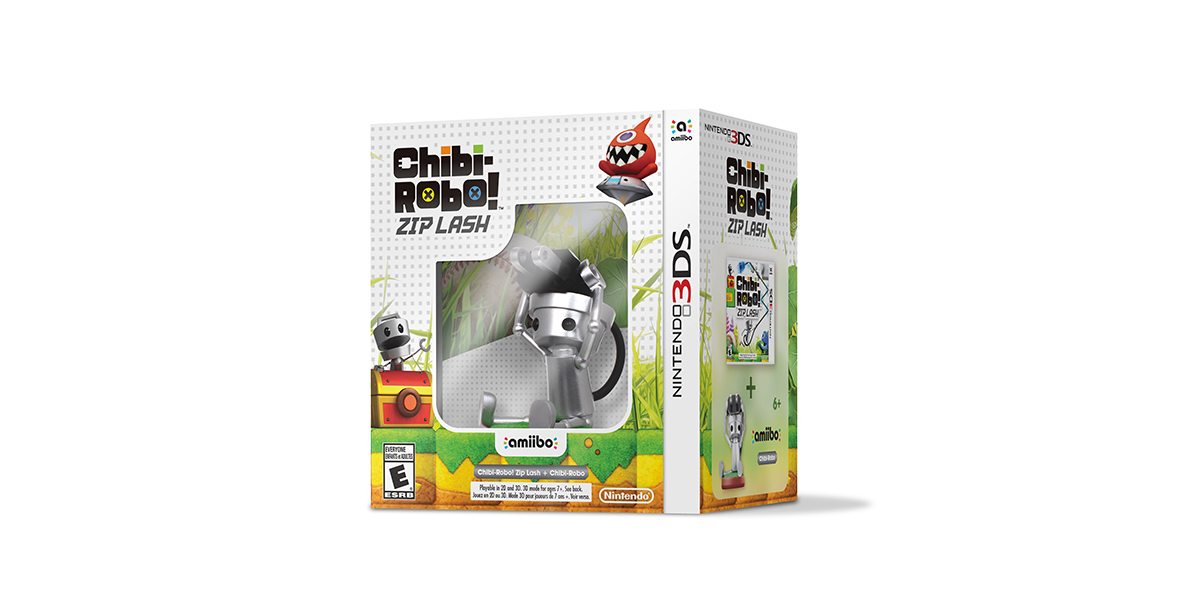 Wait; so I have no control where I go from stage to stage?!
You can blow through your hard-earned coins to buy more copies of the desired number panel, which rather feels like a cheap ploy. (No pun intended.) But even the cash concept itself is a pretty shaky mechanic. Sure, you can buy things like extra batteries to keep Chibi going through the tougher levels, but it mostly seems like the game wants you to spend your moolah purchasing the random virtual capsule toys dispensed when you use the game’s special amiibo while in Chibi-House. You can use your score at the end of each stage to level up the amiibo, which unlocks more figurines and bonus power-ups, but at that points it feels like the title is stacking gimmicks so high that even our tiny tin hero can’t reach the top!

Can you just bottom-line it for me?
Sure thing; Chibi-Robo! Zip Lash is a game unlike any other available on the Nintendo 3DS, a true original that oozes charm. Unfortunately, the game itself detracts from Chibi’s polished side-scrolling and satisfying ascension by piling on the secondary mechanics. Does the game really need Pushmo-style rescue missions, hidden speed-run mini-games, a nigh-encyclopedic overview of international junk food, and a litany of mission badges? Surely not, but it’s hard to fault the developers for providing too much content. It’s less hard to call them out for the unmitigated annoyance that is its Destination Wheel. Still, if you can look past that, Zip Lash is a dazzling little diversion–and the fact that it packs the most adorable amiibo yet certainly doesn’t hurt. 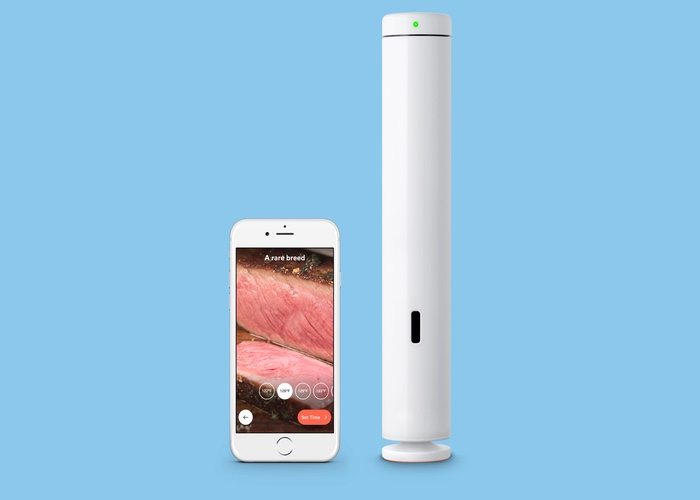 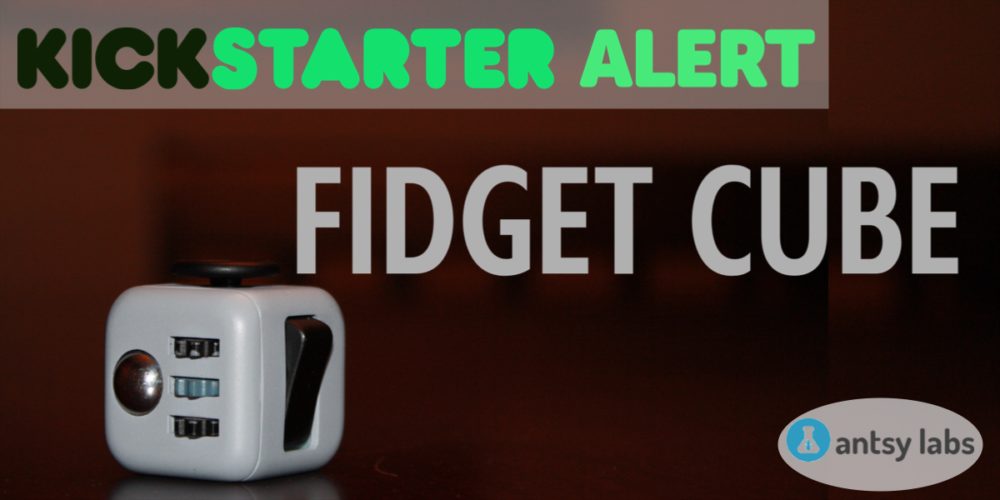 1 thought on “10 Things Parents Should Know About ‘Chibi-Robo! Zip Lash’”