When it comes to classic television shows starring creepy marionette puppets, Shout! Factory is doing the lord’s work with The Gerry Anderson Collection. They took it upon themselves to release complete editions of all of Anderson’s shows, and this newest release of Thunderbirds is more or less the conclusion of that glorious endeavor.

Shout! Factory has already released a bulk of the Supermarionation shows: Supercar (the first), Fireball XL5, Stingray, Captain Scarlet and the Mysterons, and Joe 90.

Thunderbirds, though, is without a doubt the most well known of all of Anderson’s Supermarionation shows. And it’s also the first to see a Blu-ray release. And it’s just as beautiful as you would expect.

For those of you on the outside, Gerry Anderson (and his team) essentially invented a genre of television in the UK during the 1960s–action-adventure series starring marionette puppets (i.e., Supermarionation). Sound weird? You have no idea.

Realistic puppets, highly detailed sets, fantastic ships and vehicles, intense acting and music, and lots and lots (and lots) of explosions–Supermarionation shows in general, and Thunderbirds in particular, really do defy labels and easy comparisons.

Thunderbirds is set in the year 2065 and focuses on the top-secret humanitarian rescue organization known as International Rescue. IR is formed by the valiant Tracy family: father Jeff and sons Scott, John, Virgil, Gordon, and Alan.

What are the “Thunderbirds,” you ask? They’re a fleet of technologically advanced vehicles specially designed to save human life in the most difficult (and specific) of situations. Each is piloted by one of those aforementioned Tracy brothers–those scions of bravery.

Cleverly named Thunderbird 1 through Thunderbird 5, the five ships are equipped to respond to virtually any situation. One is a hypersonic rocket for rapid response; Two is a carrier aircraft that can transport heavy equipment (and other Thunderbirds); Three is a spacecraft; Four is a submarine; and Five is a space station in orbit that relays distress calls.

Each episode finds someone new in mortal peril. Great pains were made to put these people in such dire straits that their rescue should seem impossible. Really, most of these people should’ve died about five minutes after the accident occurred… if not immediately.

However! Nothing is impossible for the Tracy family (and their fancy toys) in the bright and shiny future of 2065. After a few sweet launch sequences, some groovy ’60s tunes in the background, and some good ol’ fashioned sexism and racism thrown into the mix, most marionettes survive their respective disasters.

I’ll be honest; these shows are not everyone’s proverbial cup of tea. If you see the basic conceit of Thunderbirds as little more than a novelty, there’s no way you’ll make it through an entire hour-long episode… much less the complete season of 32 episodes over 6 discs.

You have to embrace the cheese, suspend all disbelief, and simply enjoy the shows for the bizarre slice of ’60s experimentation that they are. I find them fascinating and love almost everything about them. Sure, they’ve got ridiculous plots, manufactured drama, and totally unbelievable twists and turns in each story. But the creators are absolutely committed to it. And you have to respect that.

Not only that, but the work that went into creating the models is nothing short of phenomenal. The sets, interiors, and vehicles are all to scale, but they look remarkably real. More attention was paid to crafting those sets than is likely put into constructing sets for modern television shows not starring puppets.

This set is the first time the show has been released on Blu-ray, and the picture quality is stunning. The marionette strings might be a little more visible now in high definition, but the quality really does an outstanding service to the detailed sets and ships. Gorgeous.

Bonus features include the “Launching Thunderbirds” documentary, which includes a never-before-seen interview with Gerry Anderson, and a vintage publicity brochure (accessible through a BD-ROM drive).

For such an important release–consisting of 6 discs and the entire series of the most well known of all Supermarionation shows–I would’ve expected a bit more in the way of special features. I’m a little disappointed there, but the audio and video quality of the set as a whole more than make up for it.

Ultimately, if you’re a Gerry Anderson fan, you’ve already got this one in your collection. If you’re holding out, I don’t know what for. And if you’re just curious, there will never be a more beautiful release of this show. I’d jump on this one now if I were you.

There are hours and hours of indescribably creepy fun to be had here.

(Disclosure: Shout! Factory provided GeekDad with a review copy of the blu-ray set. All opinions remain my own.) 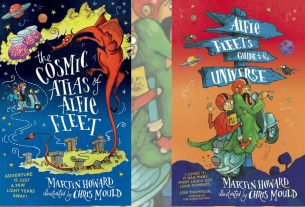 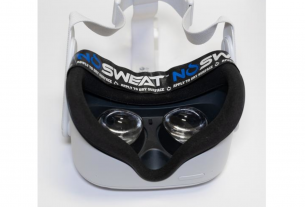 No Sweat Liners for VR and Sports