In the third episode of the Channel 4/Discovery Channel series The Secret Life of Machines, hosts Tim Hunkin and Rex Garrod examine the various methods man has used to bring warmth indoors during the cold season. While the episode focuses overall on radiant central heating, there are a number of interesting asides.

Obviously any discussion of humanity and heating would need to start with fire, which is precisely where this episode opens. Hunkin tries, without success, to start a fire with wooden sticks and friction. From there the discussion turns to the surprisingly advanced central heating system developed by the ancient Romans just prior to their civilization’s decline and fall.

Overall this episode packs quite a bit of information into less than half an hour of run time, as evidenced by the companion comic. Hunkin and Garrod move from rudimentary chimney design to the first steam-based heating systems, and then on to the hot water systems that rose to prominence in the new post-war houses of the 1920s and ’30s, taking time to touch on the key differences between steam systems and hot water (illustrated with a particularly impressive steam clock designed by Hunkin). From there the focus shifts to the differences and similarities of the four main types of boilers–solid fuel (typically coal), oil, natural gas, and finally electric. There’s even an entire vintage household singing quite happily about the novelty of “water, water everywhere and always boiling hot.” The episode closes after a quick primer on the workings of thermostats and timers and an overview of the role of insulation in home building. 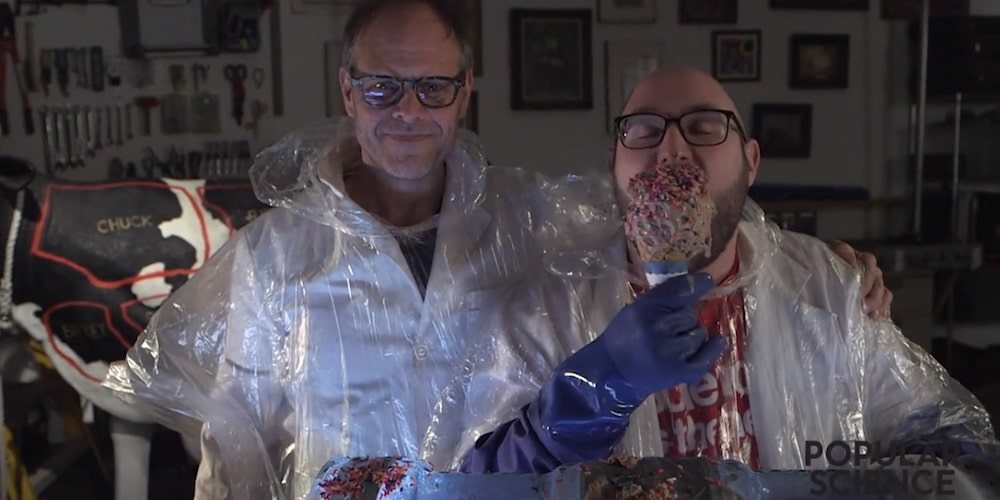