You know what trading card games are. You have your cards. Now, what do you do with them? How do you know what to expect from your opponent? How do you make a deck that wins? In this update, I’ll walk you through “formats,” “decks,” and strategies for play. Again, for these lessons, I’m using Magic: The Gathering, because it is the most popular TCG out there. Most of these tips, however, will apply to other TCGs.

Before you build your deck, you need to know what format you and your opponent will be using. A format is the specific rule set that determines which cards you are permitted to play with. Knowing the format you’re going into will help you prepare for your opponent, and give you a launching point for building your deck.

Formats you are likely to run into include:

My suggestion for any new player is to just buy one of the current block’s intro decks. It’s the least expensive option, and comes with the least headaches. They are always valid in Standard, Vintage, and Modern formats, and have a variety of cards for you to practice with. If you’re ready to dive into building your own decks, read on for advice on strategies and deck building.

First, you will want to decide on a strategy. What is it you want your deck to be able to do? Once you know what your goal is, it is much easier to narrow your choices, and get the cards you need together. Strategies that have proven to work include:

Control — This strategy is all about keeping your opponent suppressed while you knock their life-totals down. These decks are usually based on white cards, like Pacifism. Preventing your opponent from using their decks keeps you one step ahead while they fight to recover.

Burn — This strategy is all about destroying your opponents deck while hurting them in the process. This strategy normally revolves around red cards such as Arc Lightning. This strategy has a lot of options, and is commonly considered the cheapest way to build a powerful deck.

Aerial Assault — Use flying creatures to avoid your opponents defenses. Both Blue and White cards work well for this strategy. Vassal Soul is my favorite,

Horde — Get a lot of lands on the battlefield, and use cards like LLanowar Elves to produce more mana. The ability to produce mana faster than your opponent allows you to lay down powerful cards like Vorinclex, Voice of Hunger to overwhelm your opponent.

Mill — Decks that force your opponent to discard cards from their hands and decks can keep them from catching up, and can even win the game for you. If they can’t draw a card at the beginning of their turn, they lose. Cards like Jace, Memory Adept can force the win.

Grave-digging — Graveyard decks reward you for sacrificing creatures. Creatures like Reassembling Skeleton can be cast from the graveyard, and so can spells such as Moan of the Unhallowed. This flexibility means that these decks do well in a large variety of competition. Black cards lend themselves especially well to this strategy.

Tribal — These decks get collections of creatures with a certain type together, and they benefit each other. Card types famous for their synergy include elves such as Lys Alana Huntmaster and slivers such as Megantic Sliver.

Once you know what your strategy will be, look for cards that fill your need. Countless players have tried hundreds of combinations, but there are some rules-of-thumb to follow. We’ll assume you are playing Vintage, and can use whatever cards you like.

My last tip for deck building is simple. Look up decks that other players have built. Tournament-winning decks are regularly posted, and all TCG communities love to talk about their decks. Jump in, and find your place to start.

Check out the other posts in this series: 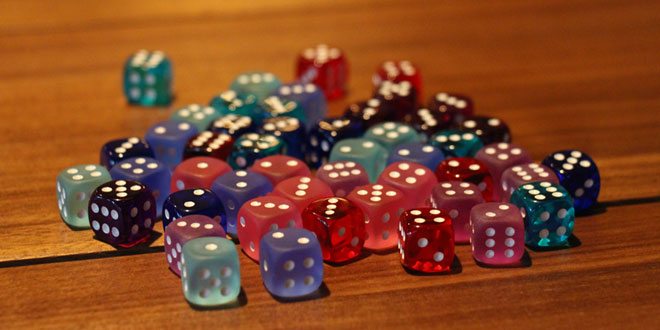 Roll For It! Is a Must-Back, Family-Friendly Kickstarter Game