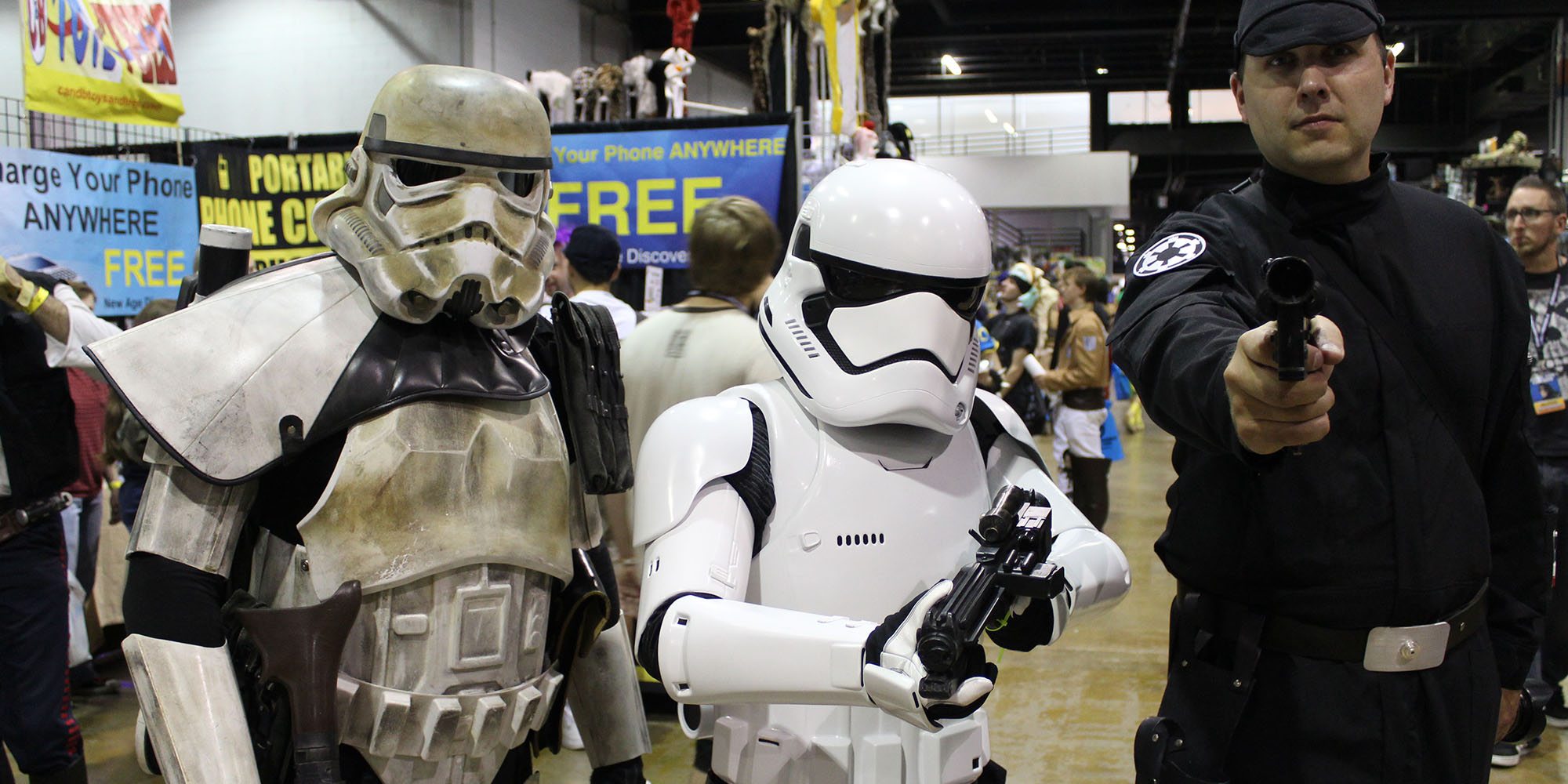 This last weekend, I had the opportunity to visit Wizard World Chicago, the Windy City’s premiere Comic Convention. One of my favorite parts of comic cons is the cosplay. Whether casual or Master-Level, the amount of passion and craftsmanship put into the costumes never fails to impress.

What follows is an overview of some of the cosplays that caught my eye over the weekend. These are not in any particular order.

These guys were rocking the classic television Batman and Joker, and looking good while doing it. 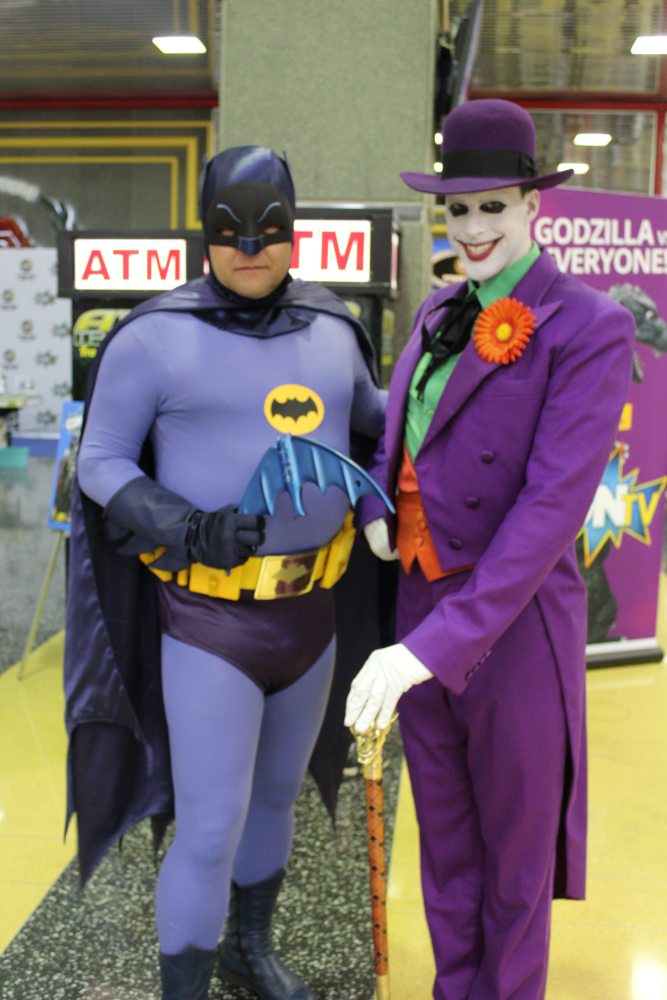 Once again we’re getting a taste of the classics, before CGI stole the day. 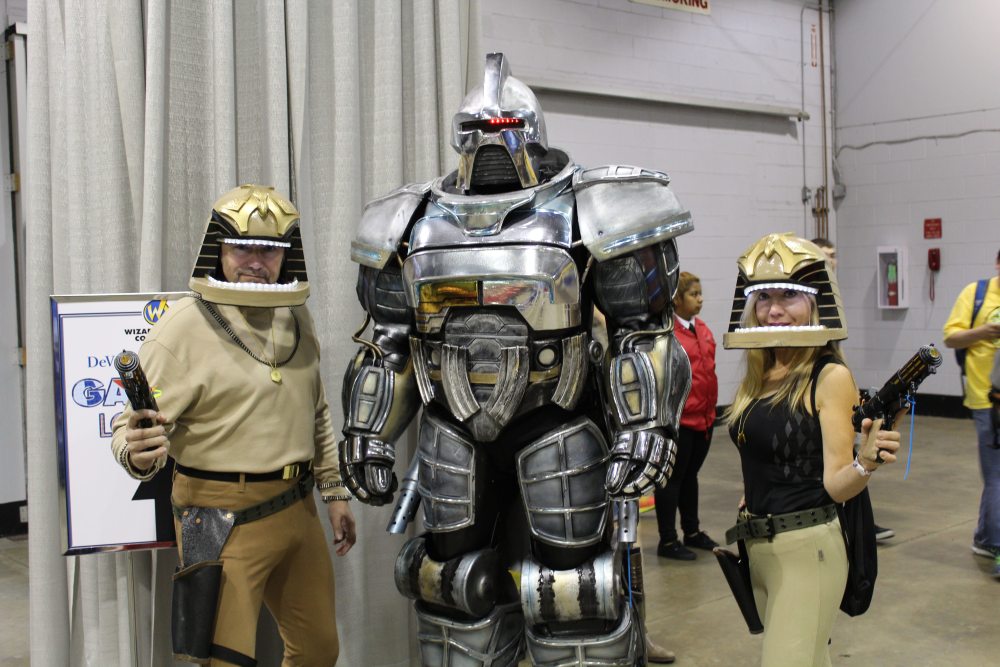 One of Spidey’s most insidious villains, just taking a stroll around the Chicago con. 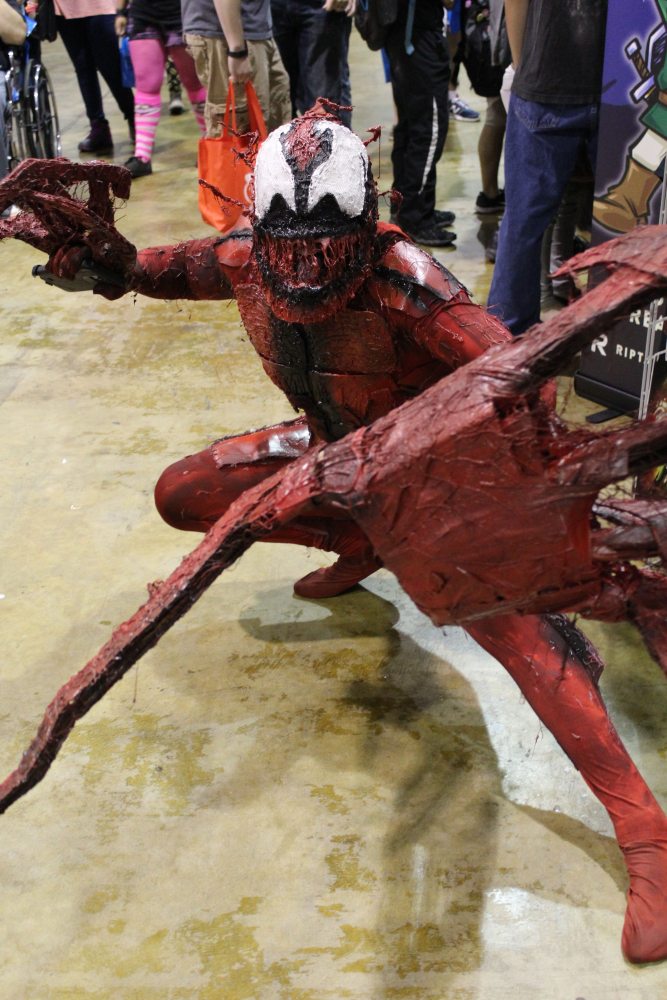 This may be a reference to a show, I’m not sure. Either way, the craftsmanship of this costume was incredible. 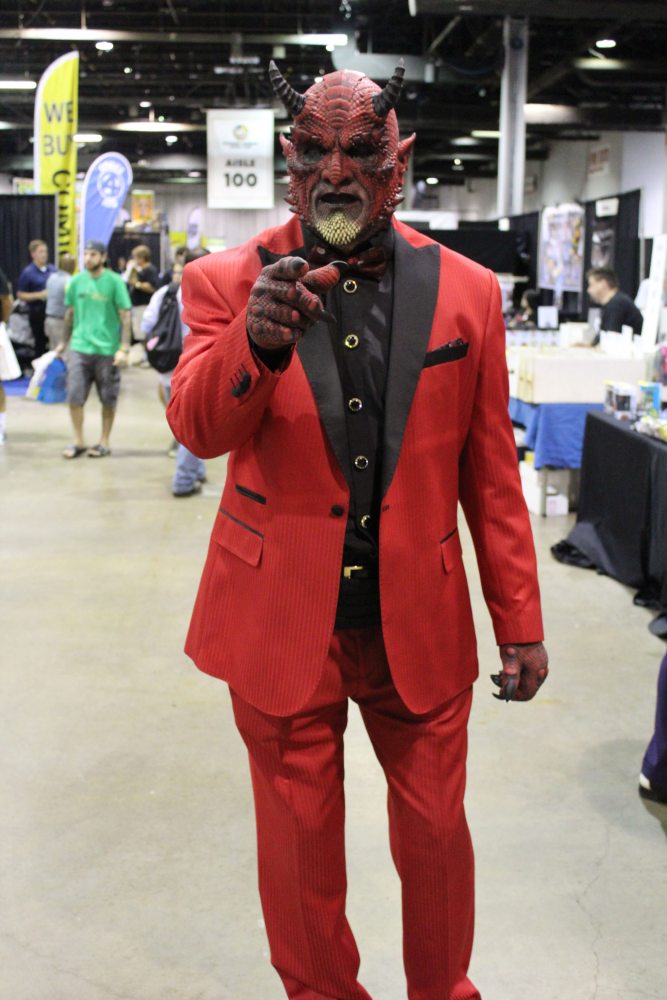 These two not only looked the part, they acted it. I couldn’t get a quote from Bob no matter how hard I tried. But I know, if I had, it would have been wise. 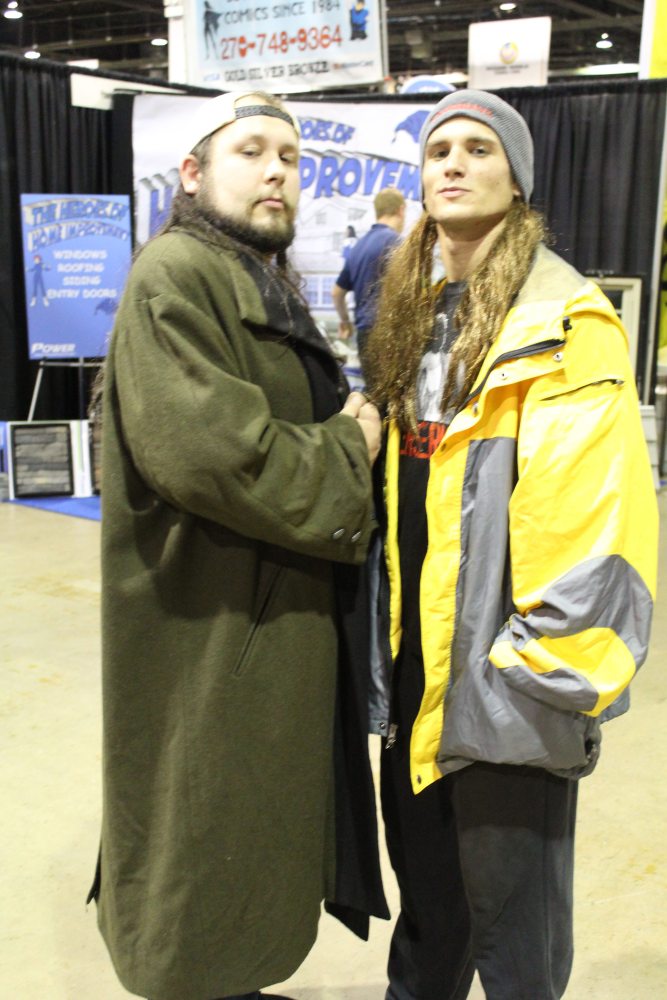 These guys were so busy bounty hunting that I barely snapped a picture before someone was being apprehended. 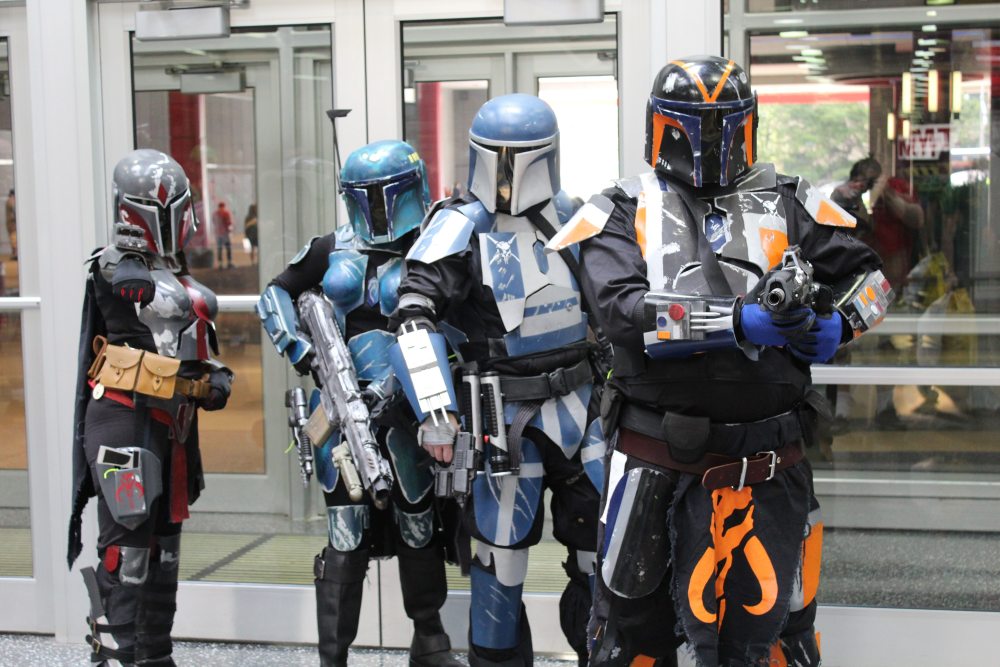 A long way from Detroit (well, relatively speaking), I found this defender of the peace before I’d even made it inside the convention center. 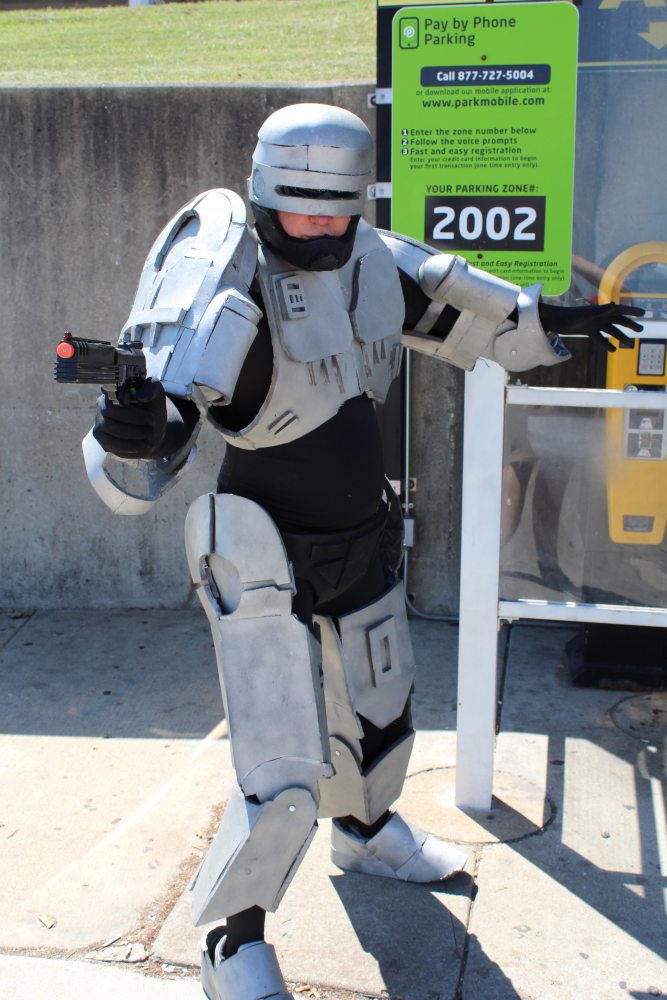 Before he was a thorn in Tony Stark’s side, Captain America was just Steve Rogers. I was impressed by the commitment to detail and the hand-made shield. 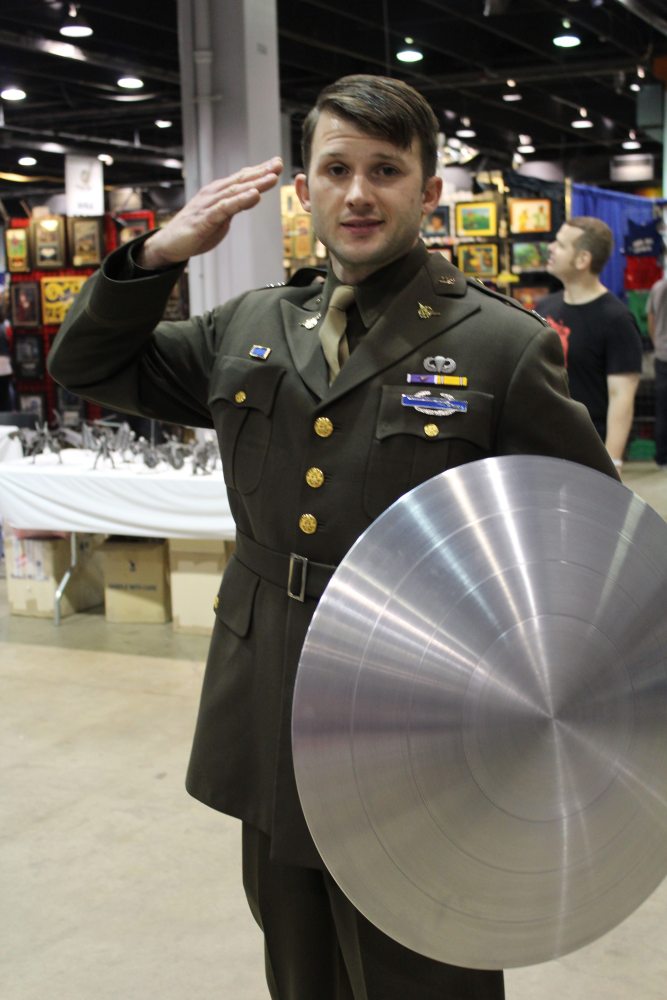 Representatives of the Empire

Three upstanding members of the Empire, including both new and older model stormtrooper armor, keeping the convention safe from rebels. 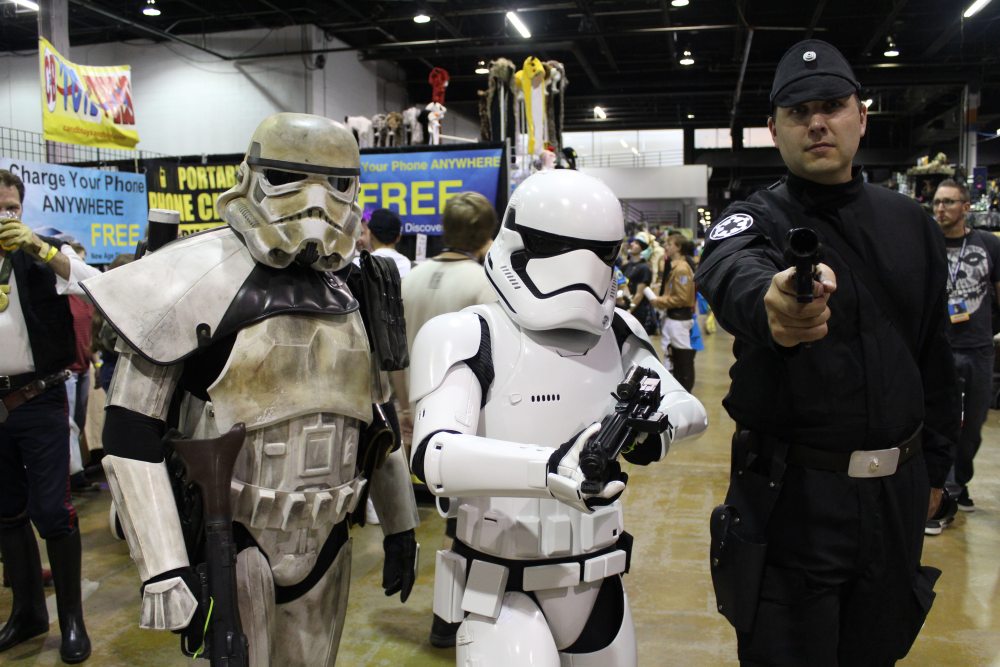 While not exactly a cosplay, I wouldn’t be a good Whovian if I didn’t give this some love. The folks from Tulsa Tardis also made a fan film that looked outstanding.Check out their Facebook page here for more information. 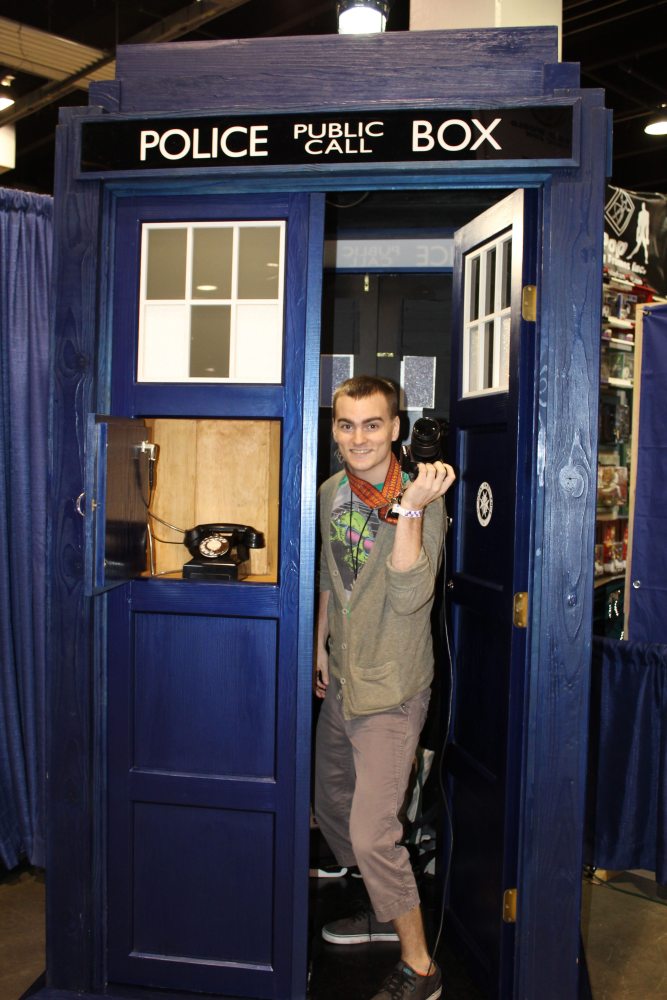 Stay tuned for the inevitable part 2. I couldn’t fit all the awesome into one post.