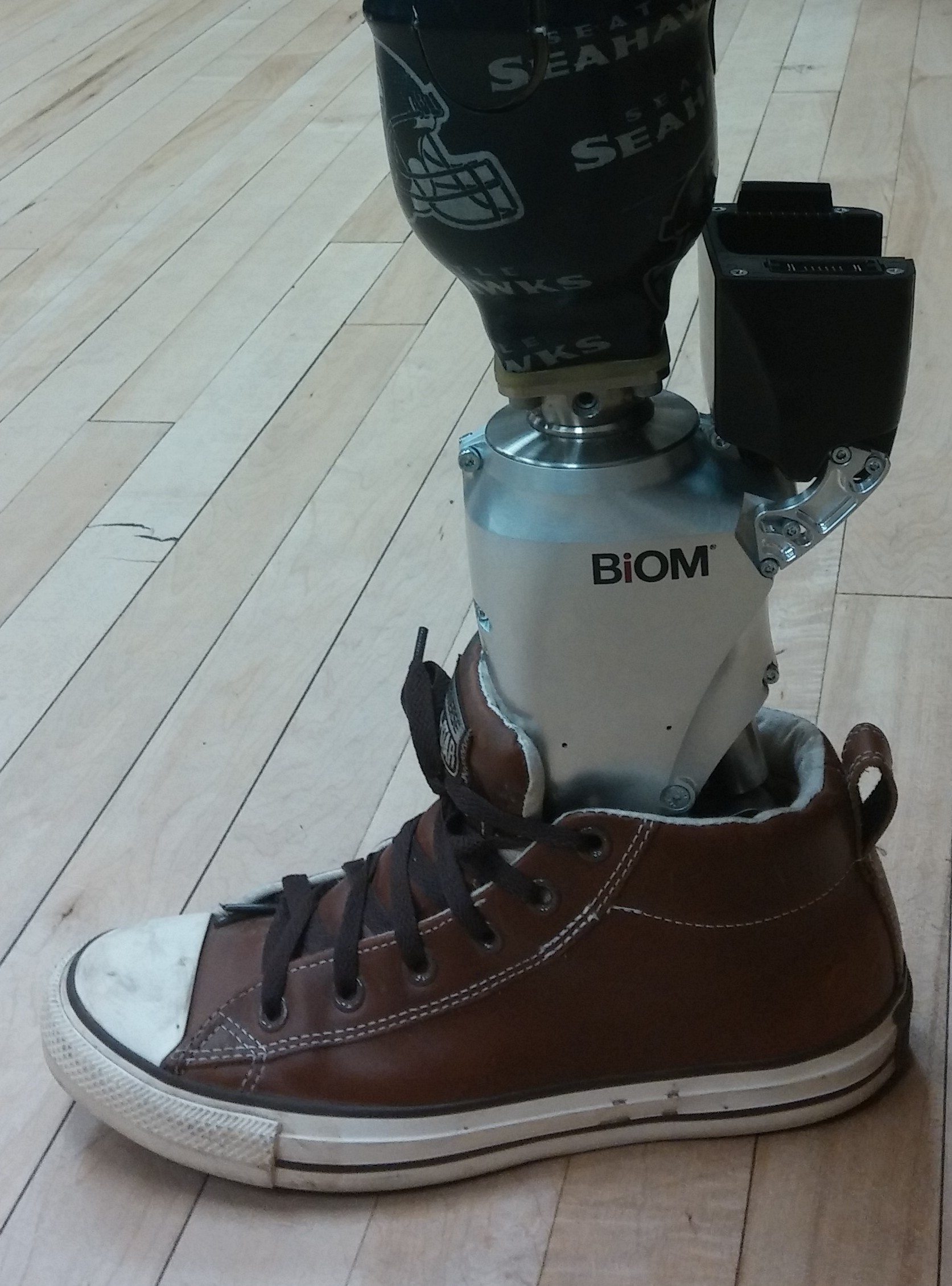 When you get the chance to try out a product that retails for $70,000, you clear your calendar and sign up. If the product happens to be a computerized foot, it’s even more exciting.

I’ve been an amputee for almost 12 years and have worn about six different feet. They have gotten progressively better through the years. When I chose to have my amputation in 2004, I knew I’d be happy with the technology they had at the time. However, I also suspected it was destined to be an exciting new field for engineers and designers.

In fact, I had several arguments with my surgeon about how much of my leg to cut off (true story). He saw me as a patient who had a deformed foot, but a healthy leg from the ankle up. He wanted to cut it off right above my ankle. I knew if I wanted to be ready for the feet of the future, I’d have to have the clearance for them. I’d needed room for the hardware. We met in the middle and he did the amputation halfway up my calf.

I had been hearing about a brand new design in prosthetic feet and ankles that was coming from the lab of a guy named Hugh Herr. Mr. Herr is a rock star in the world of prosthetics. An engineer and an amputee himself (from a rock climbing accident), he’s spent a few decades designing prosthetics that make sense. The BIOM foot is a new way of trying to master a more natural gait.

The foot I wear today is basically a smaller version of the Cheetah leg you see Paralympic athletes using. I get the energy return by pushing down on the spring action, which propels me forward. This new design (the BIOM) actually has a computer built in. It uses a battery. It also promises to be able to give much more precise energy return.

Once I heard there was a scientific study being conducted on the BIOM, and it was taking place not far from me in Boulder, I signed up. Ironically, one of the parameters to be able to be in the study was having enough clearance from the end of your socket to the ground. Once again, I was glad I won that argument with the surgeon so long ago.

I showed up at the lab on the campus of the University of Colorado ready to try out this new idea. I’d heard great things about it, but had never known anyone personally who had one (most likely because of the price).

After meeting the two interns, the prosthetist, and the woman from the BIOM company, we got to work. My regular foot was taken off my socket and the new BIOM was attached to it.

For the next few hours, I walked up and down a runway. My ankle was connected by Bluetooth to the tablet the prosthetist was holding in her hand. She could make adjustments to fit my own personal gait. Each amputee has their own unique settings, taking into consideration not just their gait pattern, but their height, weight, and how far up their amputation goes.

My impression? It felt like nothing else I’d ever worn. It’s so hard to use words to describe anything related to how a prosthetic feels. It’s a unique experience to begin with. Having the nerves in my stump being read by my brain as “foot” nerves, including still being able to feel my missing foot planted firmly on the ground, just complicates the situation.

Let’s start with how the ankle works. Every time I’d push down the toe, in a normal gait cycle, the ankle read how much force I was putting on it, and responded by giving the foot more or less propulsion forward. The first word that came to mind when I started out on that runway was “squishy.” It felt like I was stepping on something squishy, but not in a way that interrupted my gait, as would normally happen. With the squishiness came actual forward motion. As the prosthetist played with the settings, giving me more and less response, I was trying hard to read what that was doing to my foot and to my gait. It’s a mentally exhausting process.

To complicate my situation, my real foot isn’t totally normal. I’ve lost some range of motion and it wants to roll to the outside. I wear an insert in my right shoe, which helps keep my ankle upright in everyday life. But when walking in such a specific way, down that runway, I found myself concentrating on keeping my real foot doing the right thing, as much as I was concentrating on the new computerized foot. It was more than a bit distracting.

After the extensive settings stage, I moved to the treadmill. This is where the study was actually going to take place. Eventually, they put millions of little dots all over each subject, and cameras were posted all over the room to read what each part of the body was doing, all while the subject walked briskly on the treadmill.

I shouldn’t have been surprised that this stage really tripped me up. I do some work on treadmills at the gym. I set it on a slow speed and practice long strides, as a way of teaching my body what normal gait should feel like. But I never crank the speed up.

As they increased the speed at the lab, I found myself in a panic. I had to hold onto the bars on each side to keep my balance. Even having one of the interns standing behind me, with his hand on my back to reassure me that I wouldn’t go flying off the back, didn’t seem to help.

I’m just not used to walking fast. I’ve never been a fast walker. With my old foot strapped to that leg brace for so many years, I sure didn’t walk fast. Since I’ve had prosthetics, I rarely needed to be in a hurry and prefer to walk a bit slower, concentrating more on accurate gait. This treadmill test was a real challenge.

When it became apparent that I would not be able to keep the speed that was necessary for the study without holding onto the side rails, it was obvious to all of us that my part of the study was over. I was a bit disappointed that I couldn’t help more in the development of this new technology, but the researchers assured me that every situation taught them something.

They not only needed to know which types of amputees loved the foot, but also which types of amputees weren’t comfortable in it. I fall into the second category. There is great energy return with the BIOM foot, but it was almost too much help for me. I learned something about myself through this study too. I never realized how much I concentrate on both sides of my body when I walk. I consciously think about doing the heel strike with my prosthetic foot to make it work correctly, but I’m also very aware of my right foot, to keep it from rolling to the side. Having so much going on, on the prosthetic side, was just too distracting for me.

I’ve heard that people who had two normal ankles/feet, then lost one, love this foot. They say it feels, by far, the most like their natural foot. I have never had a good ankle on my left side. It’s always been locked up with little range of motion. The bit of energy return I get from the foot I’m wearing today was life-changing when I put on my leg. It was just enough to feel like I had participation from the left side, something I’d never had before. And in the end, it seems to be the exact amount I need. Having more just gave me too much to think about.

What I do like about the BIOM foot is that it’s literally the next step. It’s destined to be the forerunner in a whole line of prosthetic feet that will respond in new ways to what the body is telling it to do. Next year, there will probably be a new version. The year after that, another. Who knows what I’ll be trying out by the time 2020 rolls around?

I also love that its design addressed the problem of slopes. Most prosthetic feet have no ability to pick up the toe. This means when you encounter a slope, even a slight incline, you generally have to walk on your toe or risk hyperextending your knee.

I was really excited to try out this feature and the researchers were kind enough to let me play with that at a slower treadmill speed before they switched out the BIOM foot. I kept having to tell myself that I was on a slope, because I was walking as normally as I would have on a flat surface. I even asked the assistant at one point, “Are you sure you set it to a slope?” That’s an exciting idea for the future of prosthetic feet. You don’t realize how many slight slopes you encounter in life, from sidewalks that gently incline to raised crosswalks on city streets, until you struggle with not being able to raise your toe.

I think the BIOM will be a good fit for many amputees. For those who had two healthy legs and lost one, it is definitely worth trying. I can see how it might be very close to what they used to feel when they had their natural foot. Here is a video of a double amputee walking up hills and slopes with the BIOM, which is very inspiring to folks who want to regain their activity level after an amputation.

Two issues will need to be addressed. One is the price, obviously. The second is the care of the foot. It is basically a computer strapped to your ankle. I wouldn’t be able to knock it around like I do my regular titanium foot. I wouldn’t be able to walk through a stream or even a very wet parking lot, like I can now. I’d have to carry extra batteries (the black square on the back, in the picture) and make sure they were charged.

I’m a pretty low-maintenance person. I don’t spend a lot of time thinking about taking care of my current foot. It’s practically indestructible, if I make sure to get it cleaned out a couple of times a year. It fits in my lifestyle.

I was excited and honored to be even a small part of the study that will improve the technology available to amputees. It’s a fluid market, and every new idea is welcome. I can’t wait to see what designs show up in the future. Maybe I will get that slope-climbing foot some day—just in time for a hike up a mountain with my kids. 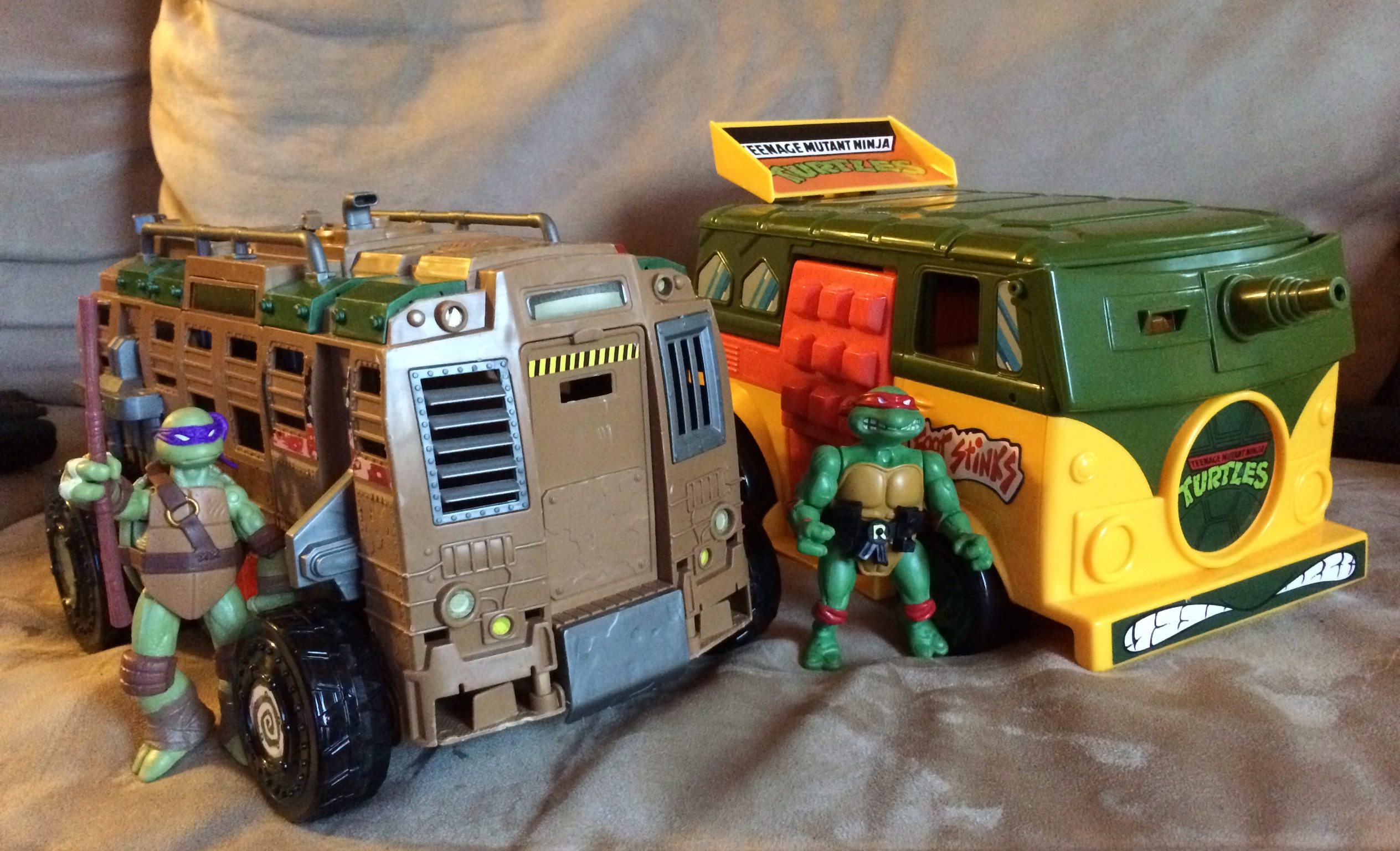 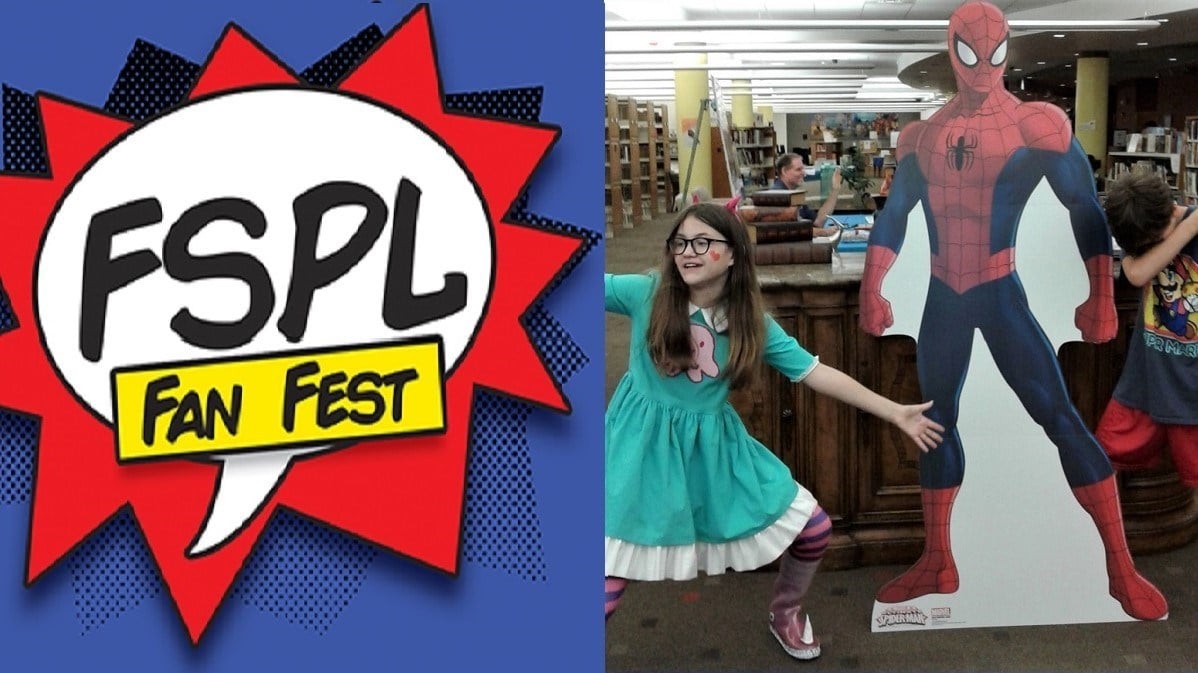 Fan Fest at the Library!