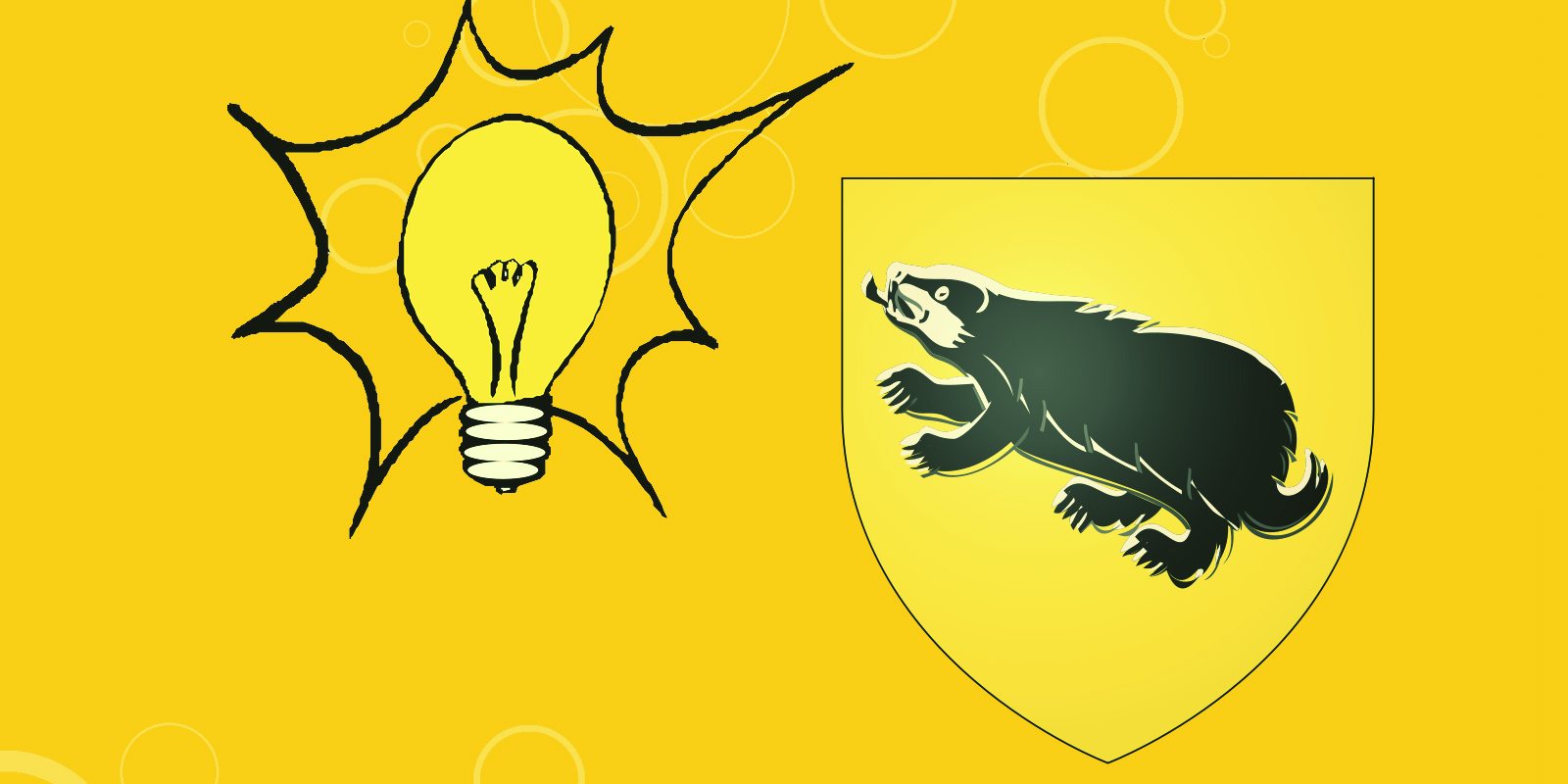 Creativity is when Van Gogh suddenly decides to slather paint in raised ridges. Or when John Coltrane realizes there’s room outside the chord changes. We illustrate creativity with a lightbulb blinking on over someone’s head–where there was nothing, suddenly there is something! The lightbulb itself is a good example: Thomas Edison stuck a filament in a glass bulb and–voila!–let there be light!

Putting it in Harry Potter terms (because everything becomes clearer when embedded in the framework of our shared cultural knowledge of Harry Potter), these pioneers of creativity seem like Ravenclaws–their bristling brains crackle an idea into existence. Or you could make a case for Gryffindor–they have the courage to create. But a series of studies published in the Journal of Personality and Social Psychology shows that creative people are Hufflepuffs.

“This research demonstrates that persistence is a critical determinant of creative performance and that people may undervalue and underutilize persistence in everyday creative problem solving,” write authors Brain Lucas and Loran Nordgren from Northwestern University.

Here’s how the studies worked: participants were asked the brainstorm in response to prompts. For example, in the week before Thanksgiving, the researchers brought a bunch of college students into the lab and asked them to, “Generate as many original ideas for things to eat or drink at a Thanksgiving dinner as you can.” Then participants were asked how many more ideas they thought they could generate if they persisted with another 10 minutes of brainstorming. Then they put persistence to the test, completing this additional brainstorming. Every response judges thought demonstrated above-average creativity earned an entry into a $50 lottery.

The question was how their predictions compared to reality–how useful did they think persisting would be and how useful was it, really?

In the first 10 minutes, students generated an average of 21.79 ideas. Then they estimated that if they had 10 more minutes, they’d come up with an average of 9.83 new things to eat for Thanksgiving. But when they actually tried it, they generated an average of 15.04 new ideas. Not only had they underestimated the power of persistence, but the ideas generated while persisting were scored as more creative than those in the first set. (It makes sense in the lab and in life: maybe the first things that come to mind are obvious, less creative ideas, and it takes persistence to push through this low-hanging fruit into new territory?)

Let’s take it a step further. Do we globally underestimate the value of persistence, or just underestimate its value for creativity?

This time, the researchers divided participants among six tasks–three that required creativity (like generating slogans for a hamburger and fries) and three that didn’t (like doing a word search). It turned out that people grossly underestimated the value of persistence on the creative tasks and only slightly underestimated the value of persistence on non-creative tasks. Again, one very important piece is that only in creative tasks, the quality of the work increased during persistence. (People didn’t find longer words in the search, but their burger-and-fries slogans were more creative.)

Later studies in the series replicated the finding and ruled out some alternative explanations. They also showed that it’s not just newbies presented with an abstract task whose creativity benefits from persistence. This is cool: the researchers worked with organizers of the sketch comedy festival (creatively…) named SketchFest to test the creativity of professional and serious-hobbyist comedians. Just like the Thanksgiving dinner test, they gave comedians a prompt and asked them to generate ideas, in this case offering set-ups like, “Four people are laughing hysterically on stage. Two of them high five and everyone stops laughing immediately and someone says ____.” (An example answer was, “…and that is how the Glue brothers became joined at the palm.”)

Look at the Van Gogh painting, Pollard Willow. It’s got water and clouds and a gnarled tree, but this early work is far from Van Gogh’s trippy, creative later work. Listen to Coltrane with Miles Davis in 1955. It’s virtuosic and inventive, but is it as creative as his 1966 recording Live at the Village Vanguard Again? And Edison? Well, he tested more than 1,600 filament materials before settling on the one that went in his bulb.

These creative people persisted, both in physical hours of experimentation and in the mental persistence it takes to avoid settling. It may be blasphemous to say, but Van Gogh, Coltrane and Edison were Hufflepuffs–or at least had enough Hufflepuff overlay on their other talents to reap the creative benefits of persistence.

The moral of these studies is that  Like Van Gogh and Coltrane and Edison, you can have creativity too… if you’re willing to work and keep working for it.

Review: Chinese for Munchkins for the iPhone 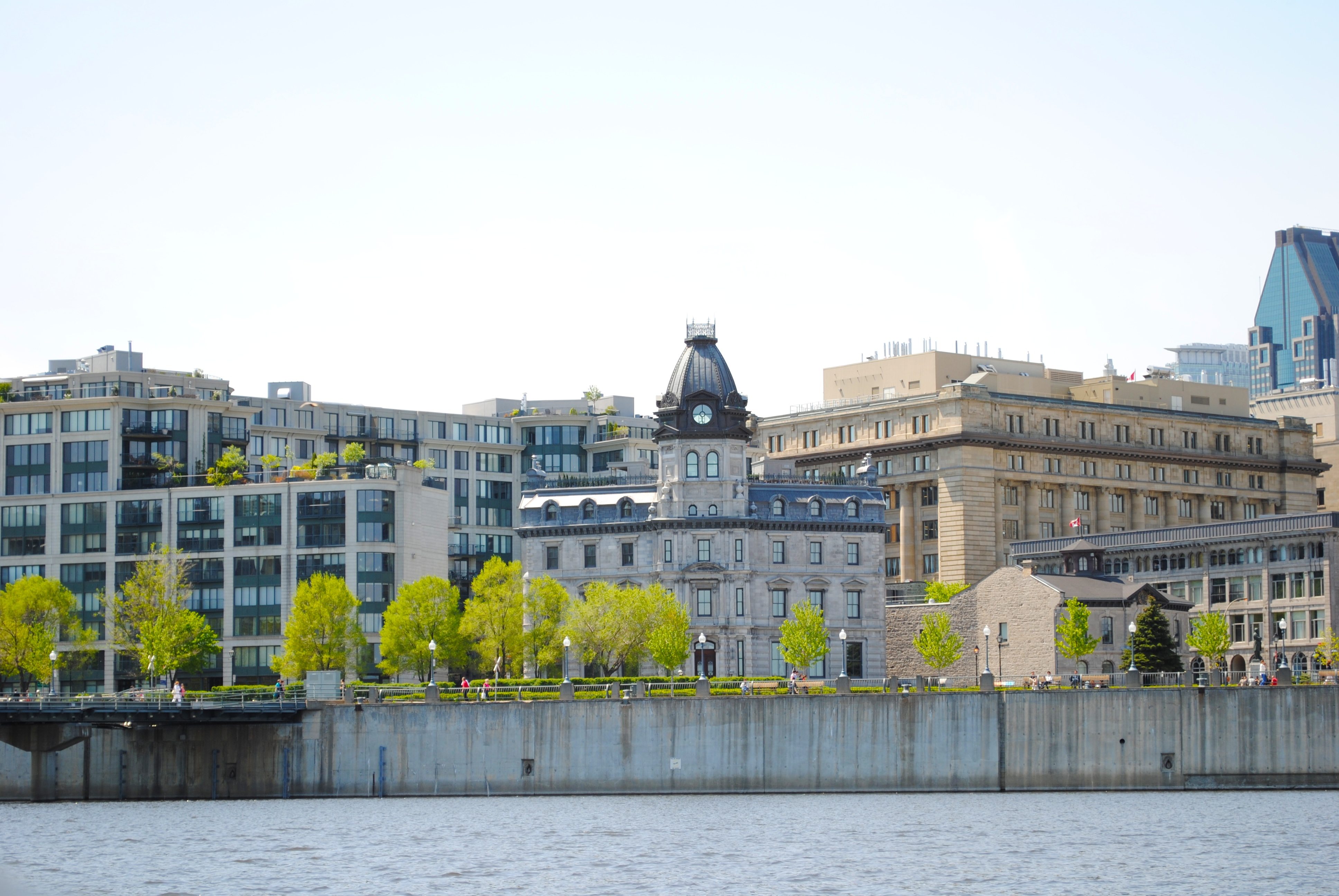 72 Hours in Montreal, Part One: Old Montreal and Amphibus Tour 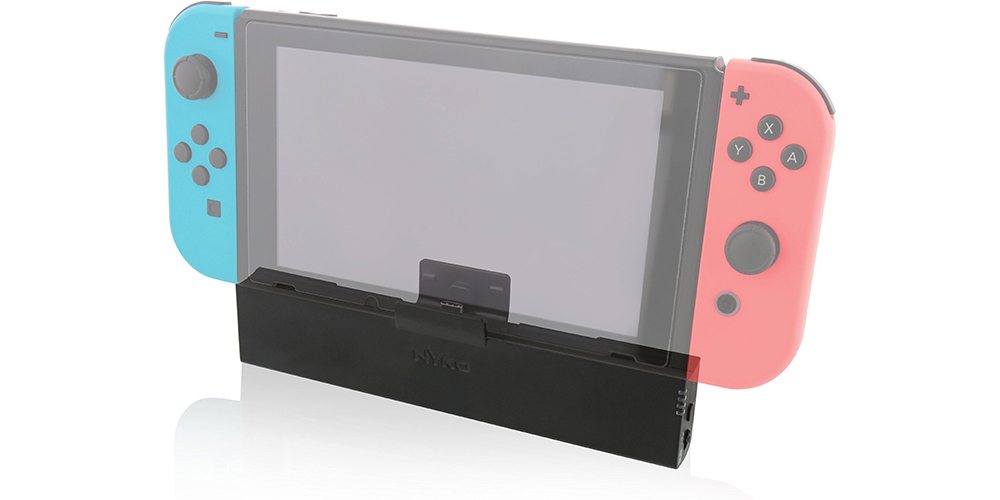