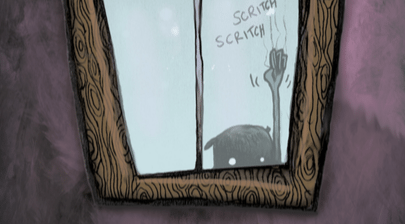 “This stuff just comes to you, huh?”

When the dedication of a book contains a quote like this from the person it is dedicated to, it is hard not to want to read it.

This is a comment from the father of bestselling author and artist Roman Dirge. The newly released color version is his 1998 Slave Labor Graphics poetry collection, Something at the Window is Scratching, is now available from Titan Comics.

Dirge, most well known for his freakishly entertaining Lenore, The Cute Little Dead Girl and other stories like The Cat with a Really Big Head, has delivered a series of creepy and somewhat enduring poems, which are just such a blast to read out loud:

“A little horror / A scream, a cry…
That’s how you make a critter pie.
They beg. / They plead. / They try to run.
This makes cooking so much fun.”

Halfway through this book, I was dying (no pun intended, I hope) to read some of this to a classroom during the haunts and harvest season.

There is one thing I’ve discovered about Dirge’s work that readers need to keep in mind. If he seems off-putting or just over-the-top at times, remember everything he puts on paper is the literary equivalent of a playful smirk or a mischievous twinkle in his eye.

This comes through in all of these works, including the title poem that drills into the recollections of one’s own childhood bedtime fears:

“And then suddenly, as the egg of fear in me is hatching.
I realize that something at the window is scratching.”

This line may cause an involuntary spine-shiver, but you still want to read on. You gotta know, despite your best judgment, perhaps… what is out there. I am going to be very careful not to give any spoilers here, except to say first, it’s not what you think, and second, expect to go through about three distinct emotions in a really short time.

His shortest poems were my favorites, and some of these quick little ditties like “The Alien Ballerina” and “Pear Head Man and Bread Boy” are good for quick grins and giggles. The remainder of the poems maintain this blend of humor and horror filled with zombie bunnies, pirate squids, spider-haunting ghosts, and the pumpkin-loving little Eddie Poe.

Very much in the vein of other delightfully macabre poem collections like Tim Burton’s The Melancholy Death of Oyster Boy and Other Stories, this book may not be for all readers. In fact, there was a time in my youth, I might have been just a teensy, weensy bit—how can I say this?—weirded the hell out!

Once I started seeing the humor and “gotcha didn’t I?” behind these types of writings, I have actually become drawn to the weirder things in life. In the case of Something at the Window is Scratching, I just found it downright clever.

These stories would still give my five-year-old night terrors, but my 13-year-old was in on the joke. She loves Dirge’s Leonore story in the Slave Labor Graphics 2005 Haunted Mansion collection, and found all of these poems extremely funny. She was also very proud of “finding all the pigs” left throughout the book by Mr. Porkchop.

As for me, I can’t wait to add this dark little dance with Dirge to my bookshelf, next to Burton, Grimly, Gaiman, and Gorey, or anyone else who understands sometimes it takes some dark humor to lighten the spirits.

“We expect so much from people by the time thy have ‘grown up.’ so much stability and so much…adulthood,” Invader Jim creator Jhonen Vasquez writes in the book’s forward. “You put a child’s soul, symbol of purity, innocence, and hope into a grownup’s body, and you would have what Earthling society would call a lunatic.”

Thankfully, Dirge has managed to maintain that lunacy; that firm grasp on childlike celebration of the wonderfully weird, and has given readers a fantastic journey into the depths of it.

It is well worth the trip.

GeekMom received a PDF copy of the book for review purposes. 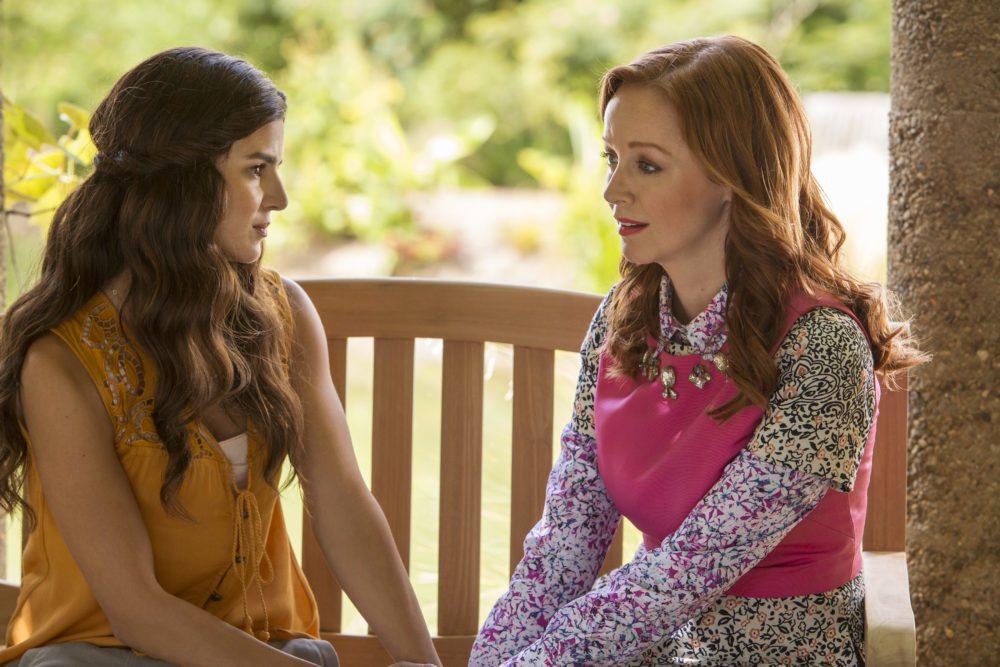