If you want to visit the magical Platform 9¾ from the Harry Potter series, there are currently three places you can do so: The Wizarding World of Harry Potter at Universal Studios Orlando, the Warner Bros. Studios Tour in Leavesden, and the real Kings Cross Station in London. I have been lucky enough to visit all three within the last year and I wanted to try to determine which one is the “best” experience by scoring all three across a range of categories, including how much there is to do, the authenticity, and the cost.

What Can You Do there?
Universal Studios definitely wins when it comes to the total Harry Potter package. As well as Platform 9¾, guests can experience Diagon Alley, which features Harry Potter and The Escape from Gringotts, Ollivanders, and dozens of shops and restaurants. After riding the Hogwarts Express to Universal’s Islands of Adventure, they can also visit Hogsmeade where they can ride the Dragon Challenge, the Flight of the Hippogriff, and explore Hogwarts itself in Harry Potter and The Forbidden Journey. There’s more shops and restaurants there too. I recommend a cauldron cake from Honeydukes—yum! 10/10

At the Warner Bros. Studios Tour, Platform 9¾ forms part of the overall tour, which takes you through dozens of original sets from the movie series. In addition, there’s a cafe where you can drink butterbeer and two shops—the Platform Shop, which sells merchandise specific to the Hogwarts Express, and the more general shop at the end of the tour. Other than a few staged photo opportunities throughout, there is little else to do other than the tour itself. However, more is constantly being added and the Studios run special events every few months. Look out for the Sweets and Treats event this summer, with prop makers recreating the food used in the films. The tour is an amazing experience (my husband and I took seven hours to go through the first time and its has been extended since then), but not ideal for younger children as it is very much a case of look don’t touch throughout. 8/10

Kings Cross station is a real working station not a tourist attraction, so naturally, there is little to do here in comparison to the other locations. However, the designers have packed plenty of theming into their small space. You can take your photo pushing a trolley through the station wall and browse the impressively themed shop, which packs an incredible amount of detail (and spending opportunities) into a very small space. 3/10

Authenticity
Universal Studios struggles to earn many points when it comes to authenticity. Existing as part of a theme park, the station and train have been built purely for that purpose and were not involved in filming in any way. However, Universal Studios is the only one of the three which allows guests to board the Hogwarts Express and take a real journey (from Diagon Alley in Universal Studios to Hogsmeade in Universal’s Islands of Adventure or vice versa). Because of this, guests pass through a real ticket check (only guests with a park-to-park ticket may ride) before entering the queue for the train. 3/10

For authenticity, almost nothing can beat the Studios Tour. The train sitting in the station is the 5972 Olton Hall—the actual locomotive used in filming—and you can tour the carriage used by Harry, Ron, and Hermione in the films. Each “room” along the carriage has been set out for a specific film with different props strewn around. For example, in the Order of The Phoenix room, you can see Luna’s copy of the Quibbler lying on the seat. 9/10

Kings Cross station also fares well when it comes to authenticity. After all, you’re really in Kings Cross station! If you step just outside, you will even see the building used for exterior shots in Harry Potter and The Chamber of Secrets. Sadly, the Platform 9¾ area is not located between the real platforms nine and 10 (to do so would have required architects trained in real magic), but that’s easy enough to overlook. 9/10

Realism of the Platform Effect
Universal Studios is the only one of the three locations to use an effect to make guests really walk through a wall. Sadly, you won’t realize you’re doing it. The effect is used in the queue line where guests at one part of the line will see those further ahead of them appearing to walk through a brick wall. However, once you get to that point, there is nothing to see because the effect is only visible further back. Regardless, it’s an impressive effect that was amazing the children in the queue. 7/10

At the Studios Tour, there is no special effect to greet you as you move from the previous room of the tour onto the platform. I felt this was a wasted opportunity because guests walk down a fairly blank corridor and out onto a very realistic platform, so it’s a shame nothing was made of this transition. Instead, guests can pose with one of four luggage trolleys fixed halfway into the wall. Three are for the official photographers to take your picture, while the fourth is for guests to use their own cameras. While having four trolleys is great to reduce waiting times for the photo opportunity, having them together in a line does unfortunately take away from the realism of the setup. 2/10

At Kings Cross station, the same trolley photo opportunity is available as in the Studios Tour. However, there is only one trolley. This can lead to fairly big queues (even late at night), but the positioning of the trolley (on the same wall as access to real platforms) and the fact that there is only one “entrance” makes the experience impressively believable. 5/10

The Train
At Universal Studios, guests can board and ride the Hogwarts Express between the two theme parks that house the Wizarding World of Harry Potter. Although the ride isn’t a real train (it’s actually closer to a cable car), the appearance to guests is almost completely immersive. Guests queue up on the platform, wait for the train to arrive, and squeeze into carriages identical to those seen on-screen. During your journey, the “windows” of the carriage look out onto scenic British countryside with a few visitors. Look out for the Knight Bus, Hagrid, and the Weasley twins, to name a few. The journey going the opposite way has a different “story” happening outside too. Add to this the fact that the train journey is a real-life journey, and you couldn’t ask for anything more from the experience. 10/10

At the Studios Tour, guests can meet the real Hogwarts Express and climb aboard one of her carriages. The train is static, but will occasionally blow her whistle and make noises like she is getting ready to depart. A steam effect as seen at Universal Studios would have been a great addition here, but may be difficult to implement given that the train sits within an enclosed room. Across the platform, guests can sit in a semi-open “carriage” with green screen windows to recreate a short journey. This is very similar to the experience of the Hogwarts Express ride at Universal—some of the same footage appears to have been used—but lacks the immersive nature of its counterpart as you are clearly sitting on the platform while it happens. 6/10

Kings Cross station comes up dead last in this area, as there is no train experience at all. You could always board a real train and head off somewhere, but sadly, it won’t be the Hogwarts Express. 0/10

Cost (For a Family of Four)
In order to experience Platform 9¾ at Universal Studios, guests require a park-to-park ticket, as the train ride really does move its passengers between the two parks that make up the resort. Single-day tickets cost $147 per adult and $142 per child making the total cost a whopping $578. However, it is worth remembering that multi-day passes come at a significant discount if you’re planning a trip. 1/10

At the Studios Tour, the cost per adult is £33, while children age five to 12 are £25.50, and children four and under attend for free. A family ticket is available, so the cost for our hypothetical family is £101 ($160). Tickets include access to the entire tour, although extras such as butterbeer and photo opportunities are extra. You can also purchase a digital guide and souvenir book; these come at a reduced cost if purchased as part of your ticket. 6/10

The clear winner in terms of cost is Kings Cross station, which is freely accessible to anyone visiting the area. Photos and souvenirs are obviously available at a cost, but it is free of charge for anyone to queue up and take their photo at the entrance using their own camera. Total cost for a family of four: $0. 10/10

How Does It All Add Up?
The grand totals for each experience are as follows:

Despite providing dramatically different guest experiences, the two bigger attractions came out, amazingly, with identical scores. Both are must-do attractions for Potterheads and with the Wizarding World of Harry Potter now open in Hong King and soon to be arriving in California, hopefully there will soon be an attraction within a reasonable distance of even more fans. Although it didn’t reach the same total as its bigger siblings, Platform 9¾ at Kings Cross station still fared well, mostly because of its price point, which makes it refreshingly accessible to everyone—a rarity in the world of tourist attractions. Whether you prefer thrilling rides or authentic experiences, there’s a Platform 9¾ experience for everyone. 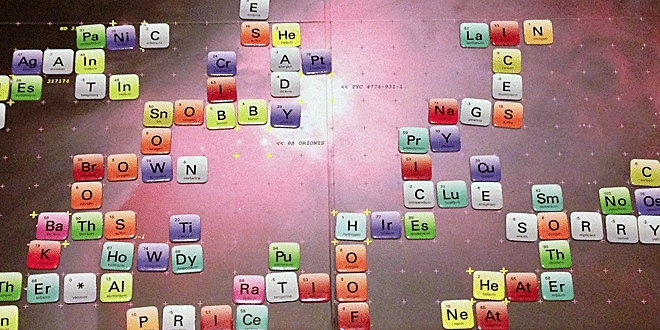 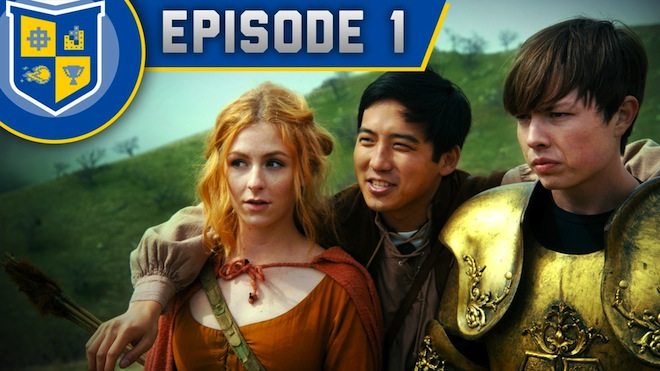