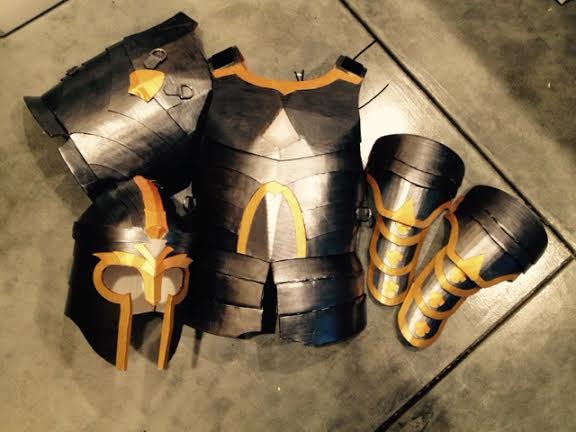 I don’t know about yours, but my summer is going faster than New Horizons past Pluto. Speaking of space things, don’t you want to see Neil Armstrong’s spacesuit conserved and displayed? How about girls as CEOs and tech leaders? Maybe you feel deeply about helping out the homeless, even in one small way? Or are you feeling feisty and need your own hackable suit of armor? Whatever your passion—you can fund it!

The photo above is the new product from Crafteeo, a full armor set with programmable lighting. I received the armor fully assembled, so I did not get to build the kit. However, I did get to play with the programming. Creating different lighting options was very easy, since it uses the Arduino platform, which our family is very familiar with. If your family is not, it is a fairly quick learning curve. Also, Arduino is open source, which makes this project highly hackable. My 10-year-old son was very excited and immediately put it on, but wished there was a sword to go with it. Fortunately, Crafteeo had also sent me a broadsword kit (available on their website), so we could get a sense of how hard these were to build.

Generally, the kits are well put together and the pieces are easily identifiable. Crafteeo has directions on their website, as well as video tutorials. These worked great for me as a visual learner, but my son wished they were also narrating the steps. It definitely took both of us to make the sword. My son is a great builder, but some of the sections required my help and there were some lengthy drying times that had me helping him stay focused and patient. The benefit to this was family engagement. It was something we did together, learned together. It was also a product that he and his sister enjoyed using. My son decided to personalize his sword with the crest of the knight he was named after, which is another way you can hack the kits. I also ended up adding a couple layers of shellac to everything because I was concerned that our family’s energetic use of the armor and sword would quickly deteriorate them. Ultimately, I would love to see Crafteeo make custom kits where kids can choose their own combination of parts for even more control over their design. But for now, you can support this growing company with their new Kickstarter!

Another campaign targeted towards girls, but this time it focuses on entrepreneurship and tech leadership. At the center of this product line is a book about six friends who start a friendship blog that goes viral. Each of them has a special skill that they must hone for their collaboration and success. Once again, the product is clever and I like the fresh point of view. Very modern and stylish, but not inappropriate for their targeted audience of 6-11 year olds. My daughter went nuts over these. She immediately identified which role she would play and which friends she thinks would fill the other roles. And now she knows what a mogul is. The campaign is ending in 2 days! Hurry!

This campaign doesn’t need me to sell it. A combat veteran turned entrepreneur who makes healthy natural soaps wants to raise money to supply a mobile homeless hygiene bus with enough soap for six months. Because natural soap is good for people, good for the environment, good for dignity and self worth.

Honestly, it never occurred to me that Neil Armstrong’s space suit—the one he walked on the Moon in—was not conserved and appropriately documented. I mean, funding, I get it. But how cool and necessary it is to make sure that this historically important artifact gets the preservation it deserves, and if it does, we get to enjoy it with our very own eyes. This campaign provoked a stirring of many GeekMom hearts, let me tell you. We are all behind Rebooting the Suit! 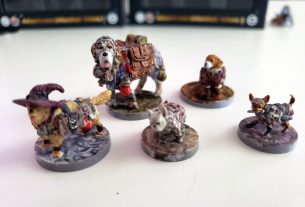 1 thought on “Fund This! Crafteeo, iBesties, Maxwell's Soaps, and ReBoot the Suit!”