This month in Between the Bookends, the GeekMoms have been reading about alien parasites, parenting skills, dark fantasy, climbing Everest, and the songs that tell the story of modern Britain. Check out what we’ve been reading after the jump.

Sophie has spent most of this month finally finishing off The Fellowship of The Ring by J.R.R. Tolkien after many months of reading. She really enjoyed it and didn’t find the plot to be bogged down in description, as so many people had warned her it would be. However, it still took a lot of effort to finish off, if only because of how much concentration is required to read it. This is not a book that can be dipped in and out of while a small child constantly interrupts. She is now taking a break from Tolkien to catch up on some more reading before continuing on with The Two Towers.

Sophie also read The People’s Songs: The Story of Modern Britain in 50 Songs by Stuart Maconie. The complete opposite of Fellowship, this is a book almost designed to be dipped into. Each chapter discusses a specific song that has meant something to the people of Britain. The book doesn’t analyze the songs in any critical way—this is not a judgement of what constitutes a “good” song—but instead, it examines them from an emotional perspective. These are the songs “that inspired haircuts and dance crazes, but also protest and social change.” Sophie felt this book does a better job of showing the world what it means to be British than many textbooks or heavily researched articles, because music is a reflection of our hearts and the songs that are popular always reflect the way the people are thinking.

Finally, Sophie read South Park FAQ by Dave Thompson, a look at the world of one of the most offensive yet successful TV shows ever broadcast and the history behind it. It has been some years since Sophie stopped watching South Park, despite it being close to the top of her viewing list as a teenager. This book allowed her to revisit and appreciate the show at a new level. Love it or loathe it, and admittedly many people truly do loathe it, South Park had an enormous cultural impact. It has lampooned anyone and everyone, and has survived for an impressive 18 seasons so far despite near constant outcry and demands for it to be taken off the air. The book examines the show in detail, beginning with a look at how it came to be, and dedicating an entire chapter to its Monty Python influences. Looking back into history, it shows how offensive cartoons have been used for political commentary long before the advent of television, and Sophie found herself fascinated by discussions of the cartoons drawn to depict the Protestant Reformation in the 16th century. The fact that these no longer draw criticism speaks more to our emotional distance to their subject matter than to the material itself being any less vulgar. We simply stopped taking offense.

Patricia has several partially-completed books going on right now, such as George R.R. Martin’s A Game of Thrones and Gillian Flynn’s Dark Places. However, she was able to read a book nearly cover-to-cover on her four-hour flight between Baltimore and Denver on July 3: Jon Krakauer’s Into Thin Air: A Personal Account of the Mt. Everest Disaster. This is the account of the harrowing 1996 Mount Everest climb that took a dozen lives (the worst disaster until the 2014 avalanche and 2015 Nepalese earthquake). This is an older book, but her father recommended it during her family’s June visit and even handed off his own copy to read.

Krakauer was a journalist accompanying Rob Hall Adventure Consultants’ guided expedition up Mt. Everest in spring 1996. He was planning to write about the increased popularity of tourists ascending the world’s tallest peak and the potential hazards it might involve, but instead he was one of the few survivors as greed and consumerism took over the safety of conquering the mountain. A storm closed in on the climbers, who were taking too long to reach the peak. Krakauer spent months interviewing the survivors of the expedition, collecting time, location, and conversation data to assemble numerous narratives in an attempt to explain the deaths. Many of the word-of-mouth accounts were questionable due to the low oxygen conditions, so Krakauer sought other forms of evidence, such as flight logs and radio transcripts. The descriptions of the weather, the living conditions in the Nepalese towns and base camps, and the challenging trails are incredibly vivid and will easily transport you into the odors and chill. At the end of this edition (from 1999), there is a lengthy postscript challenging the accounts of one of the guides who was also involved in the disaster. The back-and-forth that goes on in the postscript was very off-putting and seemed like a lot of whining, a stark contrast to the brilliant storytelling of the original book. After reading this book, Patricia has no plans to ever scale a mountain of that height!

This month, Melanie Meadors read Veil of the Deserters by Jeff Salyards. This is the second book of Salyards’ grimdark fantasy Bloodsounder’s Arc series, which began with Scourge of the Betrayer. This book picks up where the first left off, with the Syldoon warriors and their misfit scribe, Arkamondos, questing to retrieve precious cargo that could change the course of life in the Empire, and indeed, the world, risking life and limb, and holding nothing back. Matters of both gods and men hang in the balance. Readers see a lot of character growth and they learn more about the people in Captain Braylar Killcoin’s crew. These characters become real people who react to their fellows’ deaths emotionally. Things became very three dimensional in this book. Readers learn a lot about the world and questions that came up in book one begin to have some answers here. Acts of violence are followed by remorse and the characters, unlike some of the other books in this genre, seem very human. Conflicted, but not whiny. New characters are introduced, and readers are never quite sure who we should trust.

The story is serious, but there are light parts now and then, and always a great balance of awesome scenes (ripper, anyone?). Any fan of dark fantasy would really enjoy this series. Melanie can’t wait for the third, because the stuff really hit the fan at the end of this book!

This month GeekMom Maryann is reading How to Raise an Adult: Break Free of the Overparenting Trap and Prepare Your Kid for Success by Julie Lythcott-Haims in an effort to better understand how to raise her children to be prepared to go out into the world on their own. Maryann saw this book referenced in several news stories on free-range kids and helicopter parenting and was intrigued to learn more. The author uses a casual style filled with examples to explain how parents fall into the overparenting trap and then gives suggestions for changing the way parents guide their kids through school and into college. Maryann wishes she’d had this book to read years ago, but also realizes that it’s not too late to make some changes. Like many parents, Maryann can be risk-averse when it comes to allowing her children to suffer through the curve balls that life can throw at them; however, there is also a realization of just how important it is for her children to learn from their mistakes. This book gives parents the ammunition to push back on societal norms and give our kids the chance to experience life’s lessons and grow on their own.

Maryann remembers an incident with her 10-year-old son at school last year. She dropped him off at school, only to get a phone call a few minutes later that he’d forgotten his backpack in her minivan. She was told that she needed to return to school with the backpack even though she was already on her way to do her daily activities. On the one hand, she didn’t want her son to be upset, not have his homework, and go without lunch. On the other hand, she really wanted him to learn to keep up with his stuff. This was not the first such incident with forgetting school items either at home or in the minivan. She wondered if it wouldn’t be better to let him suffer the consequences of his inattention. After reading How to Raise an Adult, Maryann is sure that the latter would have been a great learning opportunity and character-building experience. It’s not about being mean, but it is about letting kids find their own way without parents fixing everything for them. If you’re looking for some guidance on the right level of parental involvement with homework, extra curricular activities, and the college selection process, then you definitely should check out How to Raise an Adult.

Rebecca Angel is in the middle of The Host by Stephenie Meyer. Yes, that author. Rebecca’s mother picked up the book at a garage sale, read it, and passed it along. Rebecca gives her mother books to read very often, and rarely ever has a chance to read the books her mother recommends. See, Rebecca really didn’t like Twilight (insert many complaints here), but out of guilt from her mother, she started reading The Host.

Aaaand… she likes it! It’s an adult sci-fi novel. Humans have been taken over by a parasitic alien creature. The war is over; the aliens have won. The point of view is from one of the aliens in a human host body. This human will not give up her consciousness, her control over her mind and body. The alien becomes conflicted about her own species, while falling in love with the people from her host body’s memories. No idea how it will end, but Rebecca is enjoying The Host so far!

Several books included in this roundup were provided to GeekMom for review purposes. 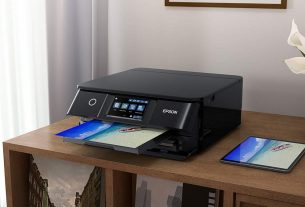 Epson Photo XP-8600 Review: This Is The Photo Printer You Are Looking For