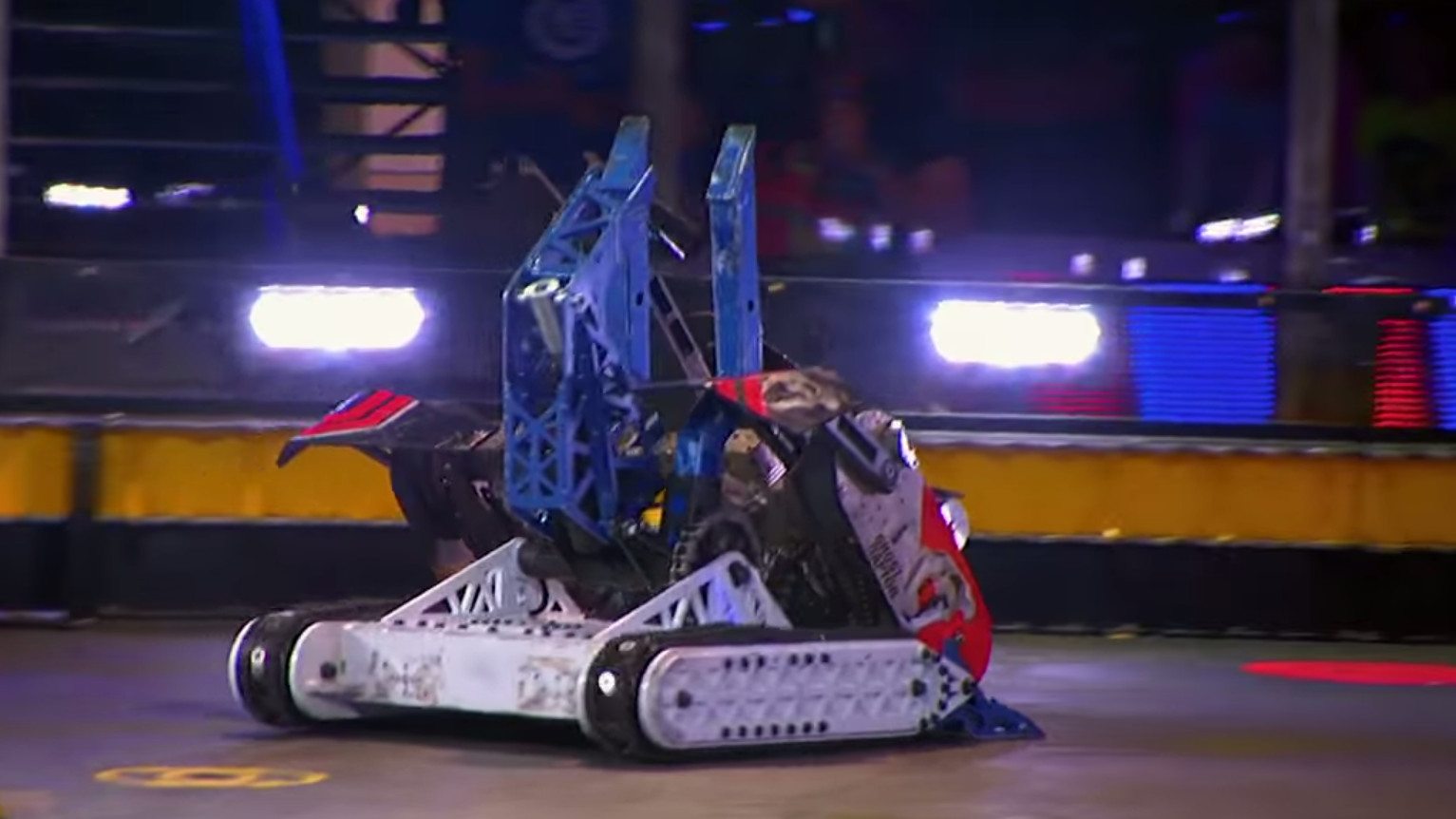 The BattleBots finale – we at last crown a champion. As always, Anton Olsen and Kishore Hari are here to breakdown the best bouts, worst moments, and everything in between. Spoilers galore, so beware if you did not watch.

Kishore Hari: I was hyped for this episode. Turned down the lights, cranked up the sound system, and had a nice cold beverage in hand. It actually felt like a sporting event final to me. There have been many complaints (some legitimate) about the format of this show – over-hyping the battles, too much filler, hosts not being technically savvy, etc. But in the end, I enjoyed how they took things more seriously than the previous Comedy Central iteration. I was genuinely at the edge of my seat.

Anton Olsen: Tivo in the livingroom and a glass of Scotch, neat, for me. This one had a great vibe from the start and the matches lived up to the hype machine. We watched it at least twice if you count how many times we rewound the matches.

KH: As for the episode itself, good battles, not great ones. Things definitely did not go how I expected. I guess that’s why you don’t have these fights on paper.

KH: I was waiting all season for this matchup between the two most dominant bots of the tournament. In the end, the match was about mistakes and missed opportunities. Bronco adapted with a bigger lift paddle to reach past Tombstone’s weapon and under the frame. After a cautious start, Ray did what Ray does, unleashing the weapon at full force. Bronco forced Tombstone into the corner and then missed two massive opportunities to flip it into next week. I suspect there was some failure with the weapon, because Bronco didn’t miss those opportunities in any other match. After Bronco gets turned upside down, they beginning using the launcher to right themselves. Tombstone gets in a somewhat lucky hit on Bronco’s wheel as its landing. That’s pretty much the match.

Except it wasn’t. In the turning point of the tournament, Tombstone goes in for an extra shot during the count out. Battery and controller guts are exposed after the massive unnecessary hit.

AO: I really enjoyed this match. So much energy of all types here. Bronco had ample skill to win this, but missed those two key moments where he could have flipped Tombstone. Ray was like a kid with a brand new toy, giddy with excitement and eager to do some damage. Once the armor started coming off I knew it was over for Bronco.

Ah, that extra shot. Right up to that point I was sure that Tombstone would take the championship, but the damage he inflicted on himself dampened my confidence. Batteries just don’t take kindly to being knocked around like that. I still thought he had a chance if and only if he could replace those batteries.

Bite Force wins with a KO.

KH: Another week, another new weapon from Ghost Raptor. Adding the lifter proved ineffective as the professional lifter that is Bite Force forced GR all over the arena. Bite Force dominated the entire match before finally lifting GR out on the screws. Chuck indicated GR lost power from the get-go, leaving them no chance to mount an attack. Every show needs a villain, but I was glad to see Chuck out of the tournament. He seemed less of a jerk in their Reddit AMA, which was chock full of good information on their chassis and homing technology.

AO: Meh, Ghost Raptor got to this point through what I consider a comedy of errors and lucky breaks. I had a poor opinion of Chuck from the start, but his attitude at the end was just sad. He was obviously there to win and nothing else. Bite Force dominated this match and Paul really showed how well he can drive. I know GR complained of a power outage early in the match, but I can’t identify where in that would have happened. He was pushing back the entire time that Bite Force shoved him into the corner, he just didn’t have the traction to do anything about it.

The Final: Bite Force vs Tombstone

Bite Force wins by a decision.

KH: What an awesome display of driving from Paul and Bite Force team. Went with the wedge, which had just enough integrity to hold out against the spinner. But it was the aggressive driving, pushing and pinning Tombstone early that set the tone. Tombstone never seemed to get any room to get going. After a minute of jockeying and a few hits, the previous match’s damage comes back to haunt Tombstone. Batteries start smoking, leaving the weapon powerless. Tombstone does its best to force Bite Force into the hazards, but just doesn’t have the power. Magnetic treads FTW.

With the exposed tread, I thought Bite Force was toast. But Paul’s amazing driving kept Tombstone pinned for most of the match. I guess brains won over braun.

AO: Paul drove this match perfectly. He managed to keep his heavy steel wedge between him and the blade while concentrating on slowing it down and stalling the motors. This leaves Ray with the decision of powering down the weapon or risk burning out the motors and/or batteries. If you watch the match again you can see that the blade spins up slower each time. I thought he was done once the smoke escaped, but he still managed a few more good hits into Bite Force’s armor wedge. Still, this was a great match by a great pair of robots.

Take a moment to notice how Paul and Ray react at the end of the match when the judges give their decision. These guys were here to battle robots and both were elated to get as many matches as possible. This is what I think of as the spirit of Battlebots, and other fighting robot competitions.

KH: It was not easy for BattleBots to make its way back to TV after 13 years, but they won their ratings time slot every week with a revamped format. The only hiccup was the day of the USWNT soccer victory, but they have rebounded nicely since. Given that 3 days of filming led to 6 weeks of TV, I can’t imagine ABC not bringing them back for Season 2. This whole season was shot with 8-10 weeks notice for the competitors, so I imagine the quality of bots and bouts will improve next year.

That being said, there need to be some improvements. The whole season had a TV boxing mentality – lots of hype, a little bit of action, but it was epic action when it happened. I think a NASCAR mentality would work better – high drama at moments, but the action is in the pits as much as anywhere else. They cut Bobak’s pit commentary for some reason – I hope they fix whatever was the problem for next year. Seeing the aftermath and repairs can be as much fun as the carnage. Second, mic up the judges. I want to hear them deliberate and argue. How much fun would it have been to hear Fon’s perspective after the Bite Force/Overhaul match? Lastly, a tweak to the announcer/host setup. I’m actually in favor of it being treated as sport with the over-the-top announcing, but the “in-studio” commentary never seemed to provide any real insight. Bring in a veteran fighter like Jamie Hyneman to provide the in-studio analysis pre-fight.

Overall, I was thrilled with the season. Millions watched, social media lit up, and it was stunning in HD. This is definitely a positive for the future of the sport and little engineers across the world.

AO: I’m very happy that Battlebots was successful and I hope that ABC puts some serious thought into a 2nd season. Events like this that put engineering in a good light and captivate the public’s attention are a thing we need more of. I hope that this season encouraged many kids to consider a career in engineering.

The things I want to see better next season align nicely with Kishore’s list. Get Bobak on the screen, more time in the pits with charismatic engineers interviewing the teams, and yes, mic the judges. I’d love to hear what Chobot said when pieces of robot were bouncing off the lexan mere feet from her face. I’d love to see Grant Imahara getting down and technical in the pits. 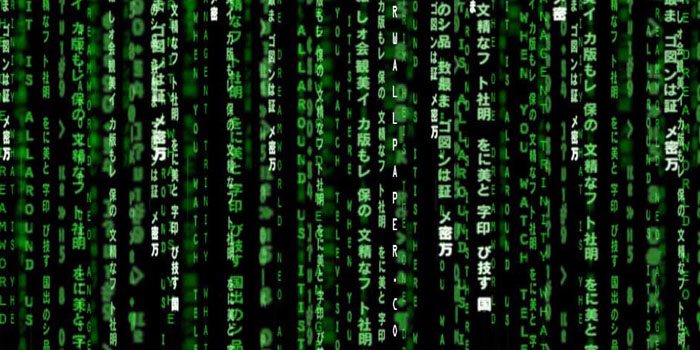 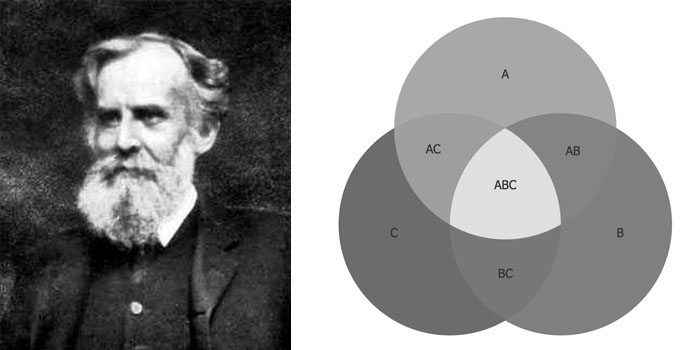