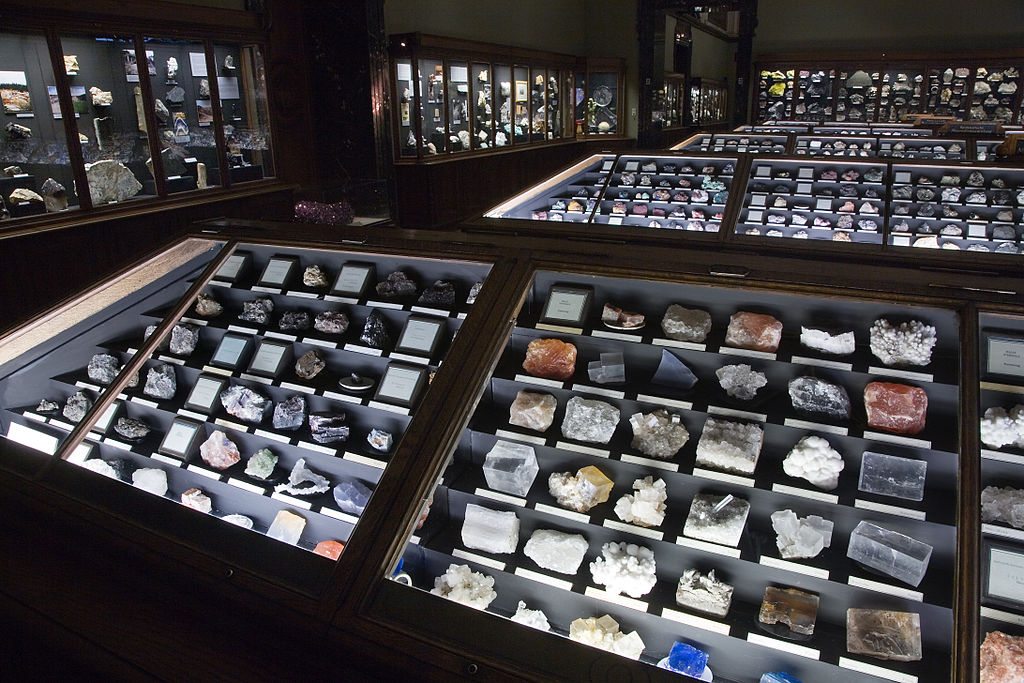 A few weeks ago I posted my first piece on the city of Vienna, on how great it is for GeekDads and their children. This second piece focuses on the brilliant museums we visited. Vienna has over 100 museums; it would be impossible to visit them all in a single visit. With small children it’s important no to be too ambitious, so we largely visited only one per day. Here are highlights of our trip.

If you went to London’s Natural History Museum over the Easter weekend, you’d be crammed in, forced to move about as part of the mob. You’d certainly need to queue for the dinosaurs and probably have to shuffle past them as part of a gaggle of impatient children and out-of-patience parents. Vienna’s equivalent was empty in comparison. Set in a beautiful imposing building, that sits opposite Vienna’s Kunsthistorisches Museum, the city’s natural history museum is considered to be one of the finest in the world. And so it is, yet, despite not particularly great weather, the museum felt almost empty.

There are  many excellent exhibits that are well displayed with informative notices in German and English. Being a chemist (a very long time ago), I loved the exhibits on the formation and abundance of the elements. There’s also a room filled with meteorites and a wonderful, interactive screen that showed the shifting of the continents. By turning a wheel, you could turn the Earth through millions of years, stretching from billions of years in the past, to seeing how the planet will looks in several million years time. My two-year-old loved this, but mostly because he thought he was driving a bus.

Vienna’s cavernous technical museum might well be the best museum I’ve ever visited. It’s certainly the only one I’ve been to that has a space satellite hanging from the roof. It houses an excellent exhibit about the history of flight, featuring said satellite, old planes, and steampunk-evoking models of dirigibles. There’s even a mock hot air balloon basket you can stand in, high above the ground floor. The children loved this. Me? It gave the sense of my own mortality and made me wonder whether I need to modify my bucket list and take off the hot air balloon ride.

Downstairs houses trains and steam power, again with some excellent interaction to be had. You can shovel coal into a boiler to move a piston, run in a giant hamster wheel to operate a mill, and lift dad off the ground with a large scale model that demonstrates Archimedes lever principle. There’s a fabulous Rube Goldberg machine, which is set off at set times of the day.

Between those two floors of informative brilliance was something even better: half a floor dedicated to computers. From the abacus and early adding machines, to screens hooked up to the internet (where my son found Google PacMan in about four seconds), the entire history of computing can be found. There is an entire wall filled with modern (to some) technology, like early Apples and Walkmans, including a handheld soccer game I’d loved as a child. It was fascinating to me, but I could see that for the boys it was all ancient history. My oldest looked at me as if I was mad when I told him it was my boyhood equivalent of FIFA Soccer.

This section has a number of interactive screens that teach you how to use an abacus, adding machine, or, best of all, an Enigma Machine. You are given a message to code and decode. It shows how devilishly difficult it was decode the ciphers, and instilled new wonder at how anybody could have conceived how to crack the code. Of everything in the museum my oldest (9) loved trying to scramble and unscramble the code. Alongside the simulation is an original Enigma machine. The Technik Museum really is a geek Mecca.

The final museum in our triumvirate of science-based wonder was the Vienna Strassenbahn Museum, a much less grand affair, housed in an old tram depot. If you like trams, this museum is a must-see. As well as trams of yesteryear there is an excellent interactive exhibit on the generation of electricity, current, and conductive properties. The boys spent ages playing with it.

There’s also a tram design station that received a lot of attention, where you build different configurations of carriages and wheels and test how stable they are. Better yet is an U-Bahn train that has been decommissioned. It now has cutaway sections so that the workings are fully visible. There’s an open cockpit that allowed some vital train driver roleplaying to be had for children of all ages (all the way up to 42). Capping off the museum is a U-bahn simulator and an interesting display of mass transit systems across the globe. I am a mass transit geek, and I loved this bit. (It’s the maps; I’m like a a moth to a flame with them).

Away from all these technical cathedrals was the one art gallery we did visit. The incredible Kunsthaus Wien, designed by artist and architect Friedensreich Hundertwasser. Hundertwasswer believed the straight line was the enemy of modern life. That to spend all our lives in uniform boxes was breaking our connection with the Earth. His solution was to build colourful living spaces with undulating floors and trees growing from inside out. The place has a very Alice in Wonderland feel to it. The building permanently houses many of Hundertwasser’s painting. His artistic style complements his building perfectly. They are riots of swirling colors, often with gold leaf and silver paint that catch the light, so the picture sparkle.

Our two-year-old fell asleep in here, which really allowed the older two to take a good look at the paintings. They had a great time, really engaging with the artwork. We went around the exhibition several times whilst they tried to decide which was their favourite painting. (Winner: the brilliantly titled “Who has Eaten all my Windows“). They also loved an architectural model called {In the Meadow Hills,” a hypothetical natural utopia and vision of Hundertwasser’s ideal village. The boys loved discussing which house we’d like to live in most. Because of Hundertwasser’s “at one with nature” worldview, the museum is an environmentalist’s dream. Children, it seems, are still yet to be cut off from nature, as the boys completely bought into the artist’s vision.

Again, the gallery was very quiet–allowing the boys to roam free, dashing to and fro from picture to picture. The gallery is an immersive experience, where the art is not only on the walls, but also is the walls, the floors, and supporting columns. There is a lovely garden, which has used glass bottles sunk into the walls, and more bright irregularly shaped patches of color on the walls. As art experiences go, this the Kunsthaus Wien is brilliant for children. Whilst not all of Hundertwasser’s ideas are terribly practical, it’s impossible not to leave thinking that as a species we probably design our living spaces all wrong.

If Vienna was quiet, it was because everybody was at the Schönbrunn Palace. This imperial palace, arguably the jewel in Vienna’s crown, was packed with tourists. The Schönbrunn was the palace of The Habsburgs. It’s possible to see inside and spend time exploring the extensive grounds, which include the world’s oldest zoo. We decided that, with three young children, money spent on entering the palace itself would not be well spent. We headed straight for another main attraction, the garden’s Labyrinth. I say “headed straight to,” but we found ourselves stuck in the world’s slowest-moving queue. The process for queuing for the palace’s garden exhibits would have time-motion geeks in apoplexy. It turned out this was all irrelevant. The Labyrinth has its own separate queue at its entrance, which had nobody waiting at all. This was in no way obvious at the entrance to the gardens, and was a very frustrating waste of an hour or more.

There are two mazes at the Schönbrunn: a traditional hedge maze, and a fun “labyrinth” with mathematical puzzles, musical squares, and a giant kaleidoscope. The hedge maze was fun, but is fairly small. The labyrinth entertained all of us for well over an hour. There are bridges over water, fountains you can make leap in the air, and a number maze perfect for mini-geeks.

That is just a few of Vienna’s many museums. I would love to have visited more, including many of the city’s art galleries, the museum of applied arts, and the clock museum. The city of Vienna was a revelation to me and my family. The boys are still talking about the trip and looking forward to returning one day. In a week we barely scratched the surface of one of Europe’s finest and most fascinating cities. 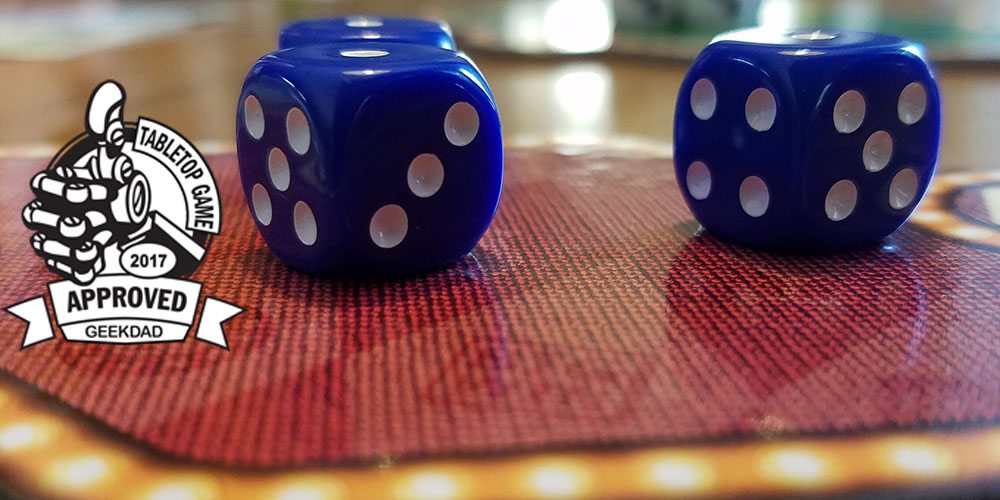 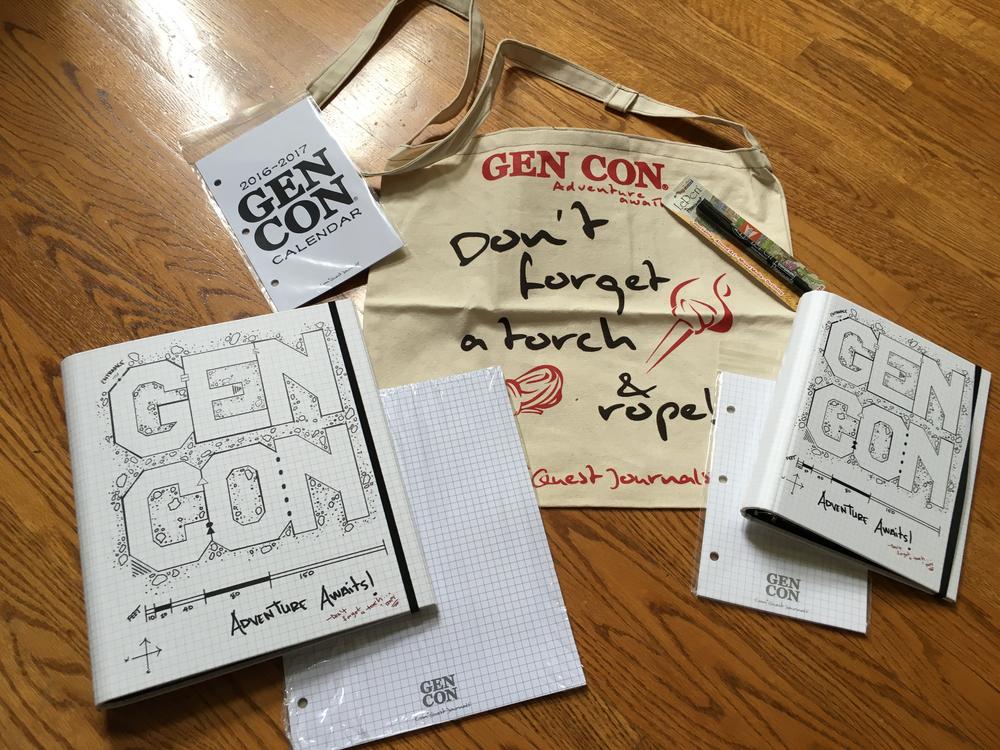