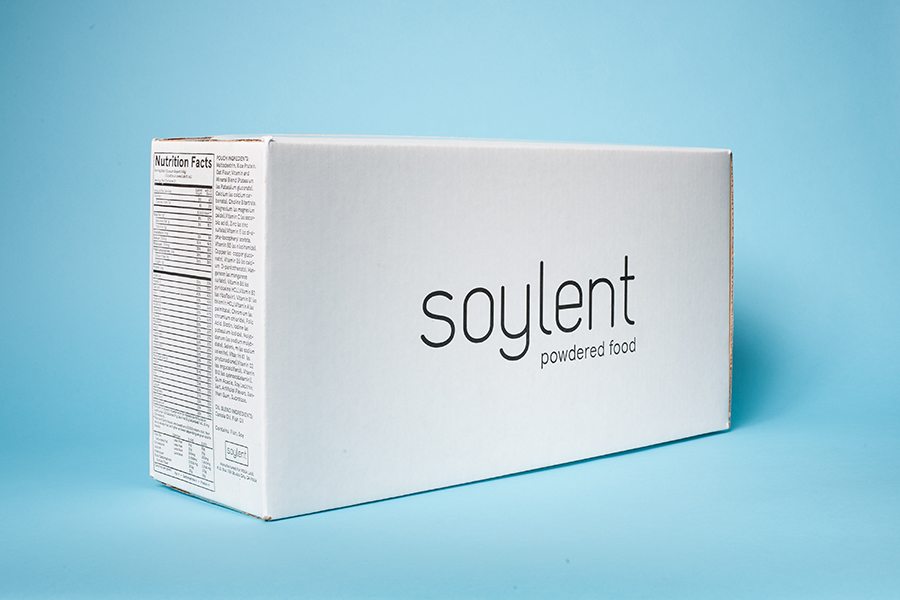 A typical Thursday evening in my household is filled with events. There’s football practice, dance lessons, and, often enough to be considered regular, some sort of school-related function immediately after both. Getting the kids where they need to be necessitates that most of the evening be spent in the car, and practically none in the kitchen. Thankfully, my kids can subsist on hot dogs, mac and cheese, and grapes, all easily assembled fodder. My wife and I though…if we don’t want fast food and we don’t want to wait till after 8 PM to eat, things get tricky.

One such evening, where we’d devolved into picking through stale leftovers long after the kids were in bed, my wife asked what I was in the mood for. “Food.” was my snarky reply. But it was true – I wanted something that was filling, nutritious, but didn’t require any sort of deep thought as to what type of cuisine I craved. I just wanted instant satiation so that I could get on with the night. I wished there was a pill…or a shake.

At its core, Soylent, with its “Free Your Body” slogan, is a meal-replacement shake that has everything you need to stay upright. It was created by software engineer Rob Rhinehart as a way to get all the nutrients your body needs without the time, money, and effort that usually goes into preparing food. (I’ve known a lot of software developers. Once they’re locked in a coding marathon, they’ll eat anything you shove in front of them; grease and sugar often get promoted to major food groups.) After a successful crowd-funding campaign, Rhinehart was able to bring his product to market and now offers Soylent through a low-cost subscription service on Soylent’s website. How low cost? A month’s worth of Soylent (around 112 meals) costs $255. That’s a little more than $2.25 per meal.

(About the name, it references the soy and lentil food supplement conceived in the original Harry Harrison novel Make Room! Make Room!, the basis for the movie Soylent Green, that made their titular foodstuff out of pure, Grade A people.)

Soylent has quickly gained a following and it’s easy to see why. The company is receptive to customer feedback, quickly addressing complaints and making changes to the formula and hardware as necessary, keeping a Change Log in the “Release Notes” for each version (in fact, they’ve updated the mix to Version 1.5 since I started writing this review). They’ve even created an official DIY forum where people can share recipes and tweak the mix, providing the current ingredient and ratio list so that people can make or modify their own.

Company reputation aside, I was still wary when I opened my plain white box with my one-week sample supply. After all, this wasn’t a new gadget. Despite the nerdy pedigree, this was food. As much as I’d like to tell myself that I don’t care about it, food has a profound effect on attitude, energy level…just about everything!

I dove right in, mixing up an entire bag (essentially a day’s worth of nutrients) in the included pitcher. A quick word on that – the pitcher is very nicely constructed, with a threaded lid and gasket that prevents leakage when shaking up the mix. And, believe me, you’re going to have to Taylor Swift this thing ten ways to Sunday. As I learned over my time with Soylent, inconsistent mixing results in sludgy, clumpy emulsions that are very far from an ideal meal experience. What improved in the 1.4 mix is that extra bottles of essential oils are no longer necessary. You want a nutritious meal without the prep work? This is it. Soylent is now truly a shake, chill, and consume product.

My first impression was that Soylent resembled thin pancake batter in appearance and consistency (and unpleasantly viscous when sucked through a straw, unless you like getting Soylent all over your chin). The flavor was decidedly neutral, having more of an umami quality than anything else. It wasn’t offensive; but it wasn’t something I envisioned myself craving in the slightest. And at the end of my recommended 16 oz. – I was full. Maybe a little uncomfortably so, like I’d eaten a large meal. Over the next few hours I would operate as normal, not really thinking about food at all, which is the point, really.

Rather than switch completely to Soylent (I’m the cook in my family, they wouldn’t much appreciate me abandoning them for all meals), over the next few weeks I made Soylent a part of my at-work routine. I had a few slip-ups early on – that first batch of Soylent I shook up only had a 48 hour shelf life. Since I was eating it for one meal a day, that meant I had to ditch about a third of the batch (and nothing hurts my Dad-brain more than having to waste food – I was crying a little inside as I watched it sluice down the drain). After that, I mixed up meals on an ad-hoc basis. This led to my next mishap – the included scoop had the original, lower, calorie-per-scoop content stamped on it. So instead of 500 calories per meal, I was consuming well-north of 650! It wasn’t the worst thing in the world; but walking around all day, feeling like I’d devoured a loaded burger and fries, when all I’d done was have a shake, was a frustrating experience! Once I figured out the proper ratios though, Soylent became a handy go-to snack or light meal to get me through the day.

Soylent worked amazingly well at giving my body what it needed. I would have Soylent for lunch at work, then go home and run three miles without issue. Saturdays, I would get through four hours of my kids’ sports without wishing desperately that I’d packed a snack. Other than occasionally “overeating,” I didn’t have any issues with my gut, nor did I experience any headaches or odd cravings. The one thing that I did notice was that, when my body had chewed through the Soylent calories I’d given it, it was a very quick ramp up from “Hey, I’m feeling a little peckish” to “OMG FOOD NOW.” Using Soylent like this on a semi-regular basis, I made a “one week supply” last nearly a month.

Taste and consistency-wise, I remained underwhelmed (note, both of these have been worked on in Soylent 1.5). So I decided I’d change things up and use the Peanut Butter & Jelly recipe in the included manual, blending up Soylent with peanut butter and frozen blueberries. This proved to be my go-to Saturday morning “what do you mean the kid’s soccer practice is at 8 instead of 9?” meal. Turns out what I needed to enjoy Soylent, not just tolerate it, was a little bit more food in my food. The additives gave me a more familiar flavor, and blending made for a more consistent, less chalky drink (plus it’s a lovely shade of purple; who doesn’t love a purple drink?). The only other issue for me (others will see this as an added benefit)? I tend to munch when I’m reaching the end of my tether at work. Soylent lunches left me with no room for extra calories. So If I wanted to snack to take my mind off things, I had to either commit to being uncomfortably full or find some other way to banish that desire to crunch!

Everyone’s approach to food is different. What was a caloric bomb for me might be someone else’s light snack. What I thought of as umami might be someone else’s salt lick. But Soylent is working hard to be a meal replacement that anyone can fit in to their diet. Personally, I’ll be keeping a supply on hand for its convenience. As a working parent, sometimes there’s just not enough hours in the day to be worrying about food. Soylent helps keep you going and keeps the fast food at bay.

Disclosure: GeekDad was provided a one week supply of Soylent for this review.