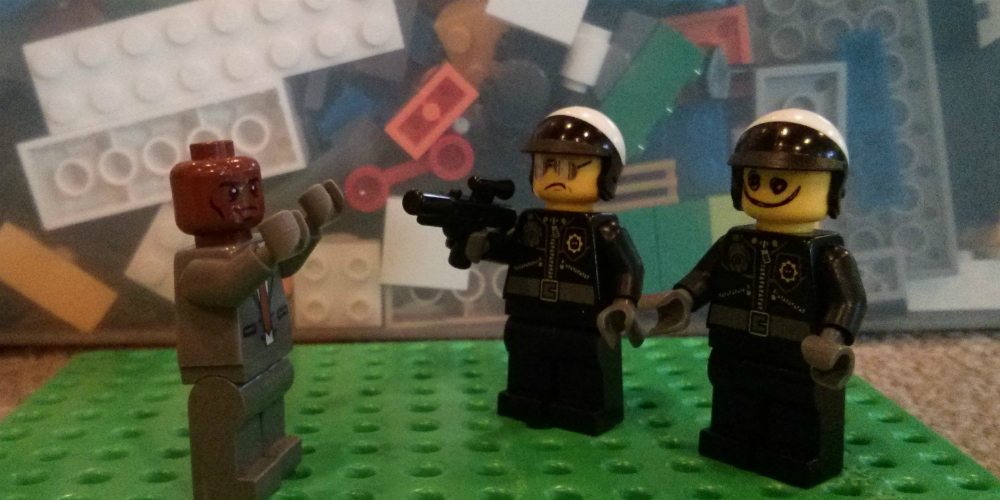 I’ve been trying organize my thoughts and feelings into coherent words since Freddie Gray was killed and Baltimore erupted. That was almost three months ago. Since then, the McKinney, Texas, pool party incident happened. And, most recently, nine people were killed while attending Bible study at a historic African-American church in South Carolina.

Fellow GeekDad contributor, Tony Nunes, wrote an excellent post on our parental responsibility to discuss these harsh realities of the world with our children. But I’m also struggling with how to prepare my kids to navigate through society successfully–without getting shot. Our children are multiracial/multi-ethnic, but, like Barack Obama, Halle Berry, and Tiger Woods, they are phenotypically Black. No matter how they ultimately choose to identify, American society will most likely see and treat them that way.

I have to be honest and admit that, like Tony Nunes, I failed to properly address any of the recent tragedies with my 5-year-old son. Although he was born in the US, we have been living in South America for the last two years, and our 6-month-old daughter was born here. Geographically, we are far removed from all that is going on in the US, and those things aren’t really reported on the local news (which we don’t even watch). My kids are in even more of a bubble here in the expat community. So, my wife and I have to do better, or else our children will be totally unprepared and/or shocked when we do eventually move back to the US.

We recently had the opportunity to spend time with children at an orphanage outside of the city, and we hope to go back on a regular basis. I think our son had a hard time truly comprehending that there are lots of kids in the world who don’t have or don’t live with their mommies and daddies. It’s the beginning of his exposure to inequality on a bigger level, and I believe it’s our job as his parents to help him process and understand inequality and injustice. We hope that, ultimately, he will feel that it’s partly his responsibility to do something about it. We want our children to develop that attitude and mentality before they themselves experience some type of injustice.

Honestly, when I saw the video of the incident in McKinney, all I could think about were my own children and how I hope they never have to experience that. But my wife and I cannot control what happens to our children. As the popular saying goes, we must “prepare the child for the path, not the path for the child.” But how do I do that?

My son is too young to have “the talk” that many parents have with their Black sons–and we will definitely have that talk in a few years. But he’s not too young to start slowly increasing his awareness and understanding of the world around him. So, instead of waiting for him to ask us questions, we ask him questions.

My wife is really good at this, and I’m getting better. For example, she asked him what he thought about our trip to the orphanage and what he thought about the fact that those kids didn’t have mommies and daddies. He didn’t really give us a clear answer, but that’s OK. At least he was trying to process it, and that’s a good start.

Our goal is not to expose our children to a lot of sad and depressing things in order to destroy their innocence. I don’t see it that way at all. We want to expose our children to the realities of life in order to help them build and develop a sense of social responsibility. But raising Black children also involves that key element of helping them understand how the world may see and treat them–not just as a means of building their self-esteem and sense of identity, but also as a means of survival. This is pretty much the basis of “the talk.”

When our children get a little older, then we can go deeper and talk about how there are some systems and structures in the world that help to maintain inequality and perpetuate injustices for certain people or groups of people, but they’re not ready for that yet–or at least I’m not ready for that yet. I’d like this process to be a slow and gradual one, but, at the rate things are happening in the US, we may not have that luxury.

GeekDad Challenge Of The Week Winner: Snapshots In The Snow

4 thoughts on “Preparing My Children for the Next Ferguson, Baltimore, McKinney, or Charleston”