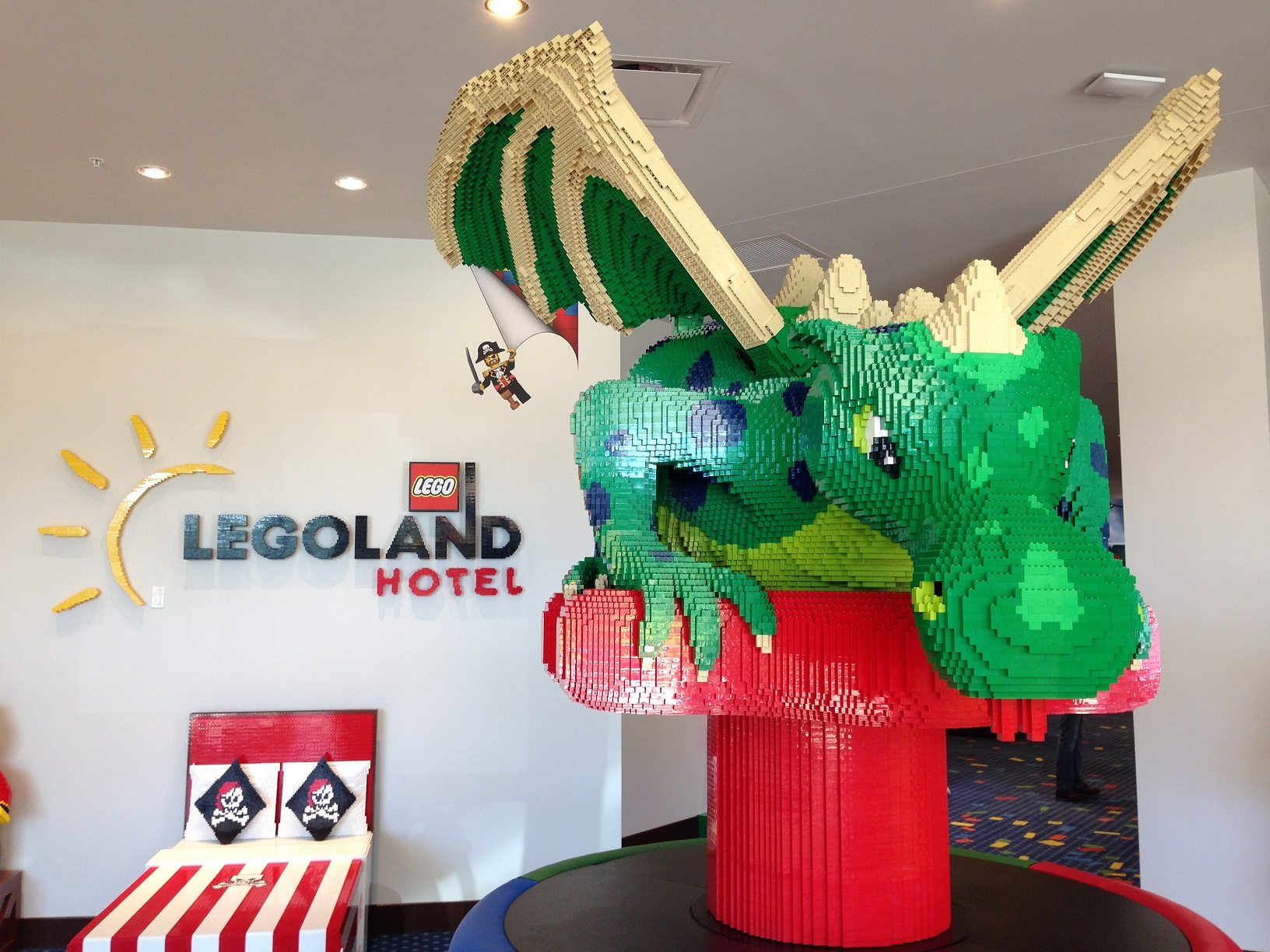 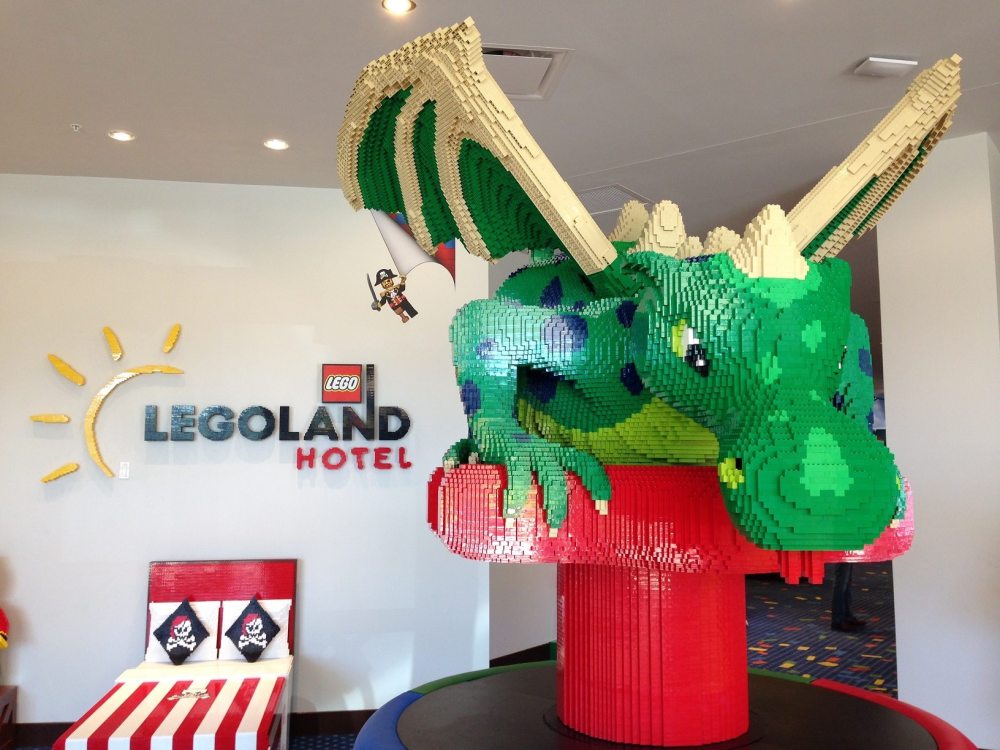 (Ahoy: There be pictures ahead. Like, a lot of pictures. Fair warning.)

Do you love LEGO so much that you kind of want to sleep with them? No? I’m the only one? Well, there’s no point in staying in denial. I’ve got great news for you.

And I was lucky enough to be there before the grand opening, spend a night, and kick the tires a bit. In a nutshell? Yeah, if you’re a LEGO fan, if you’ve got kids that are LEGO fans, if you’re planning to visit LEGOLAND Florida….you’re going to want to stay here. Trust me. Before we go any further, click here to check on rates and availability.

The hotel is located steps away from the front gate of LEGOLAND Florida, which itself is in Winter Haven, FL, about 45 minutes south of all those other Orlando theme parks. I admit that it’s hard to compete with Disney and Universal when it comes to valuable vacation time for families in central Florida, but — seriously — if you have kids anywhere in the 3-7 range who even remotely like LEGO, this place can’t be beat. But I’m here today to talk about the hotel, not the park. 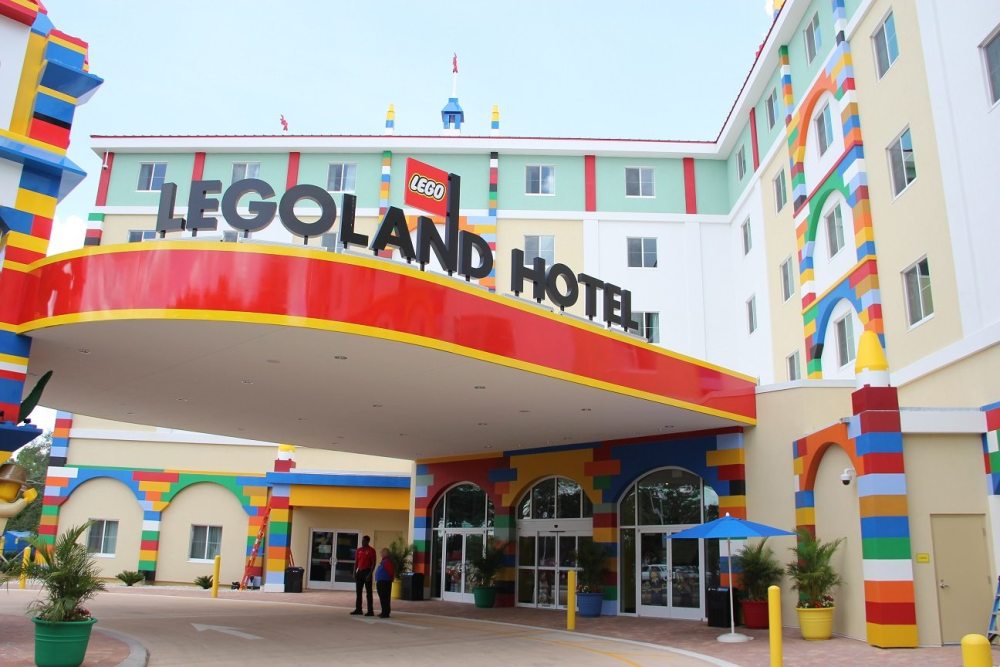 I’ll grant that LEGOLAND might not scream “multiday destination,” but if you’re there in the summer, you could easily spend a full day in the park and another full day at the water park (we just did exactly that). Suddenly, having a LEGO-themed hotel right there, “130 kid-sized steps” from the entrance, makes a heckuva lot of sense.

Let’s get the specs out of the way first. It’s a 5-story, 152-room hotel that is completely themed around LEGO. There are more than 2 million LEGO bricks, which make up more than 2,000 LEGO models, throughout the hotel: in the lobby, restaurant, bar, pool, hallways, and each and every guest room.

Perks of staying at the hotel?

Ready to take a tour?

Walk in the lobby, and you’re immediately overwhelmed by LEGO. As parents check in, they can marvel at the wall of minifigures, which is made with more than 5,000 of the little guys. And while you’re swiping the plastic and signing paperwork, the kids can play in a LEGO pit, build their own creations, and display them on the wall for everyone to see. You may never get the kids out of the lobby, actually. 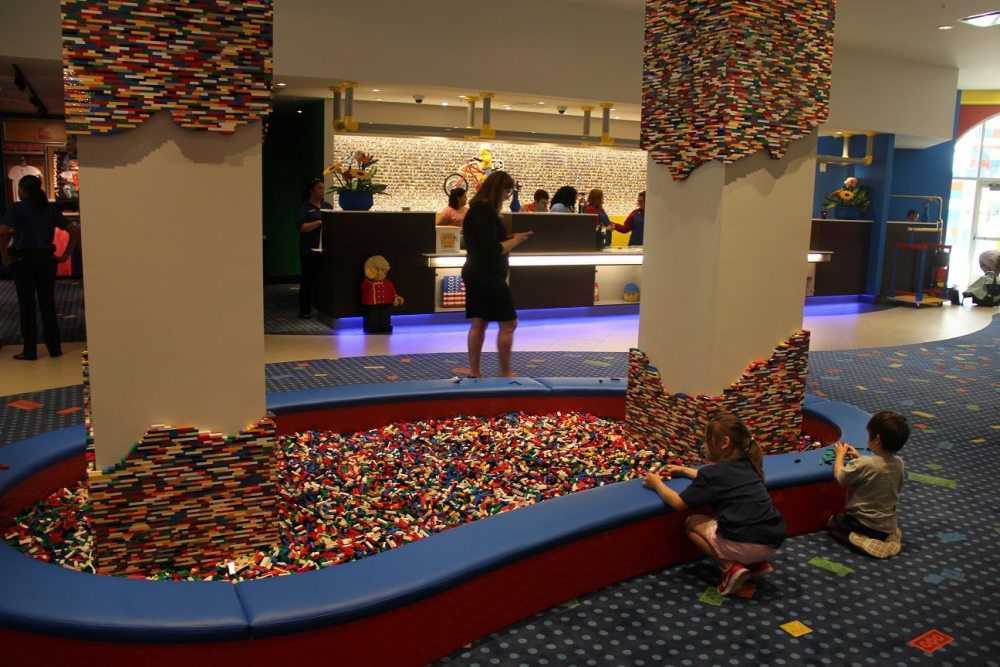 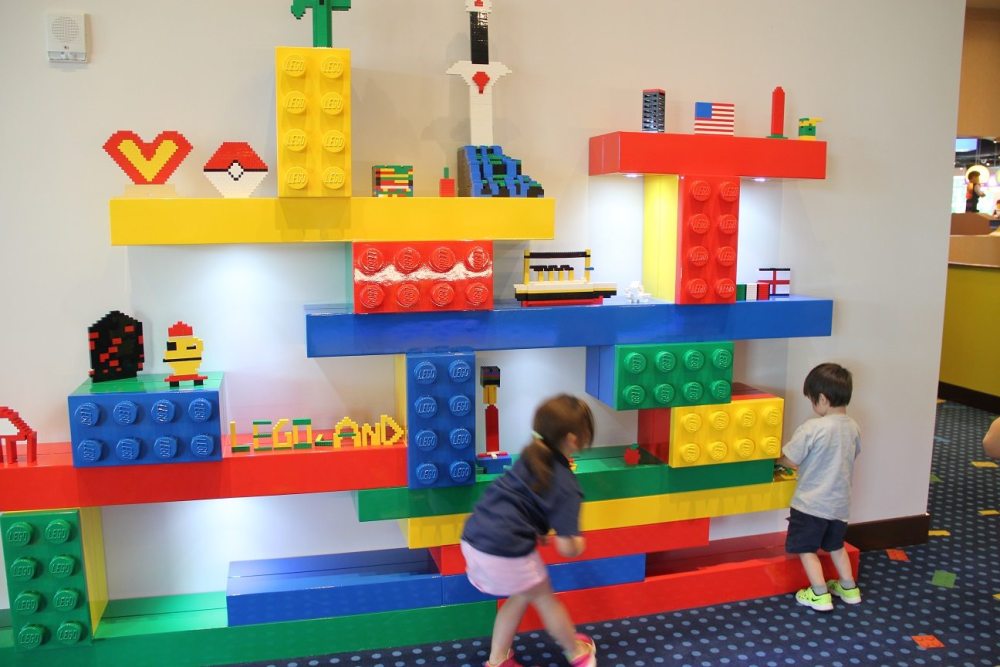 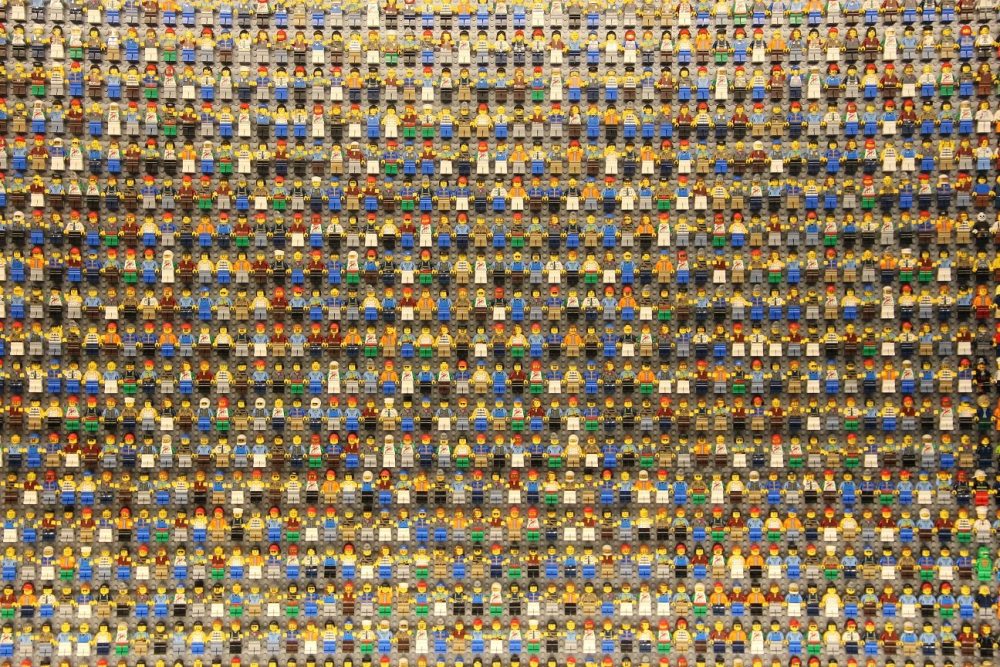 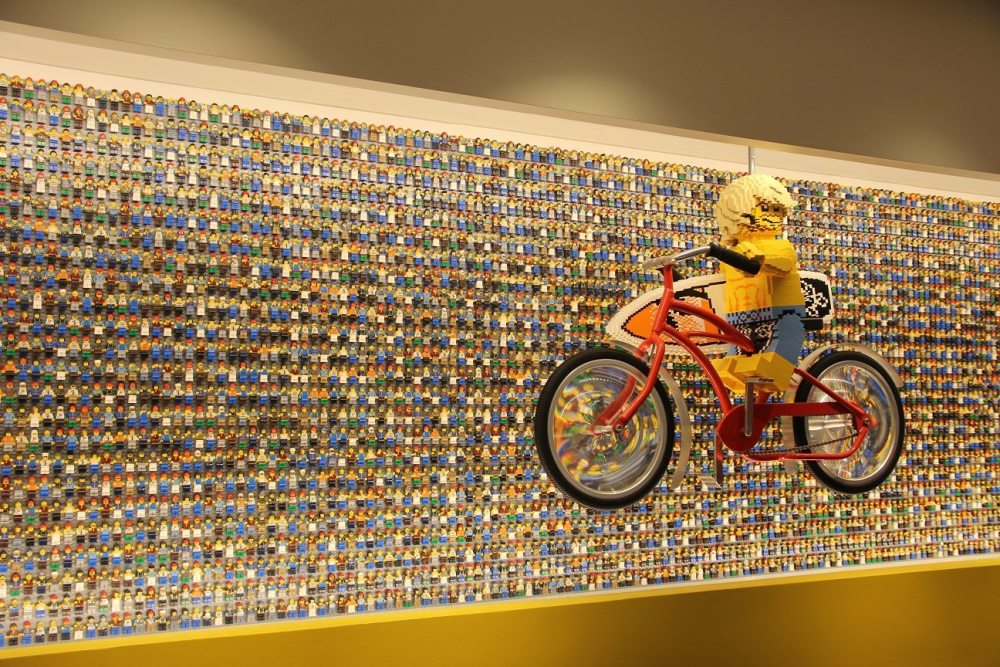 Connected to the lobby is a castle play area and various other LEGO and LEGO Duplo play areas. There’s also Skyline Lounge (with your choice of kid and adult beverages), the master model builder workshop, and Bricks Restaurant. 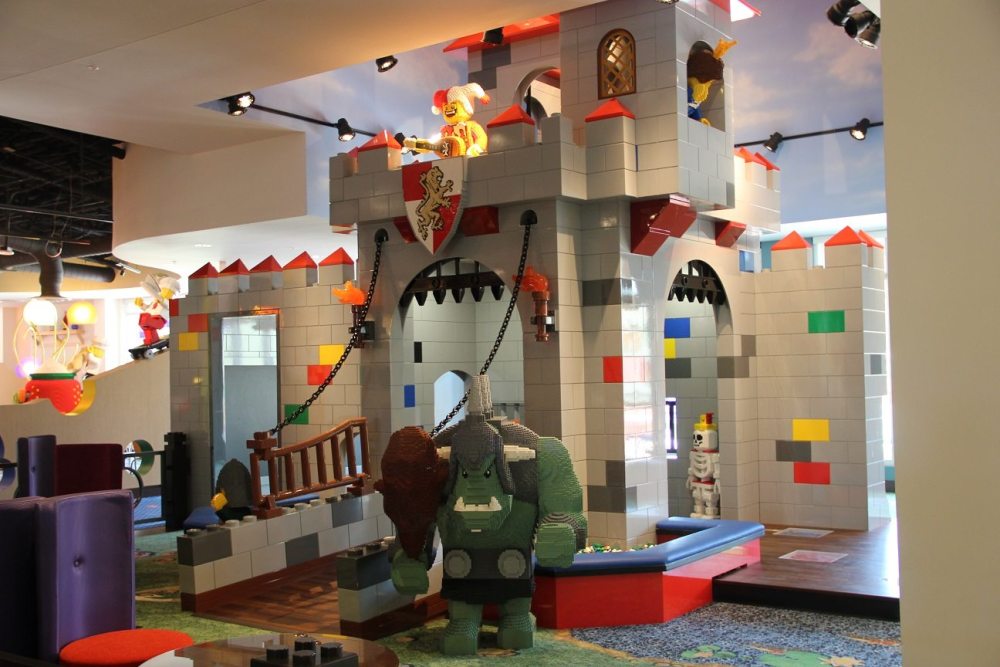 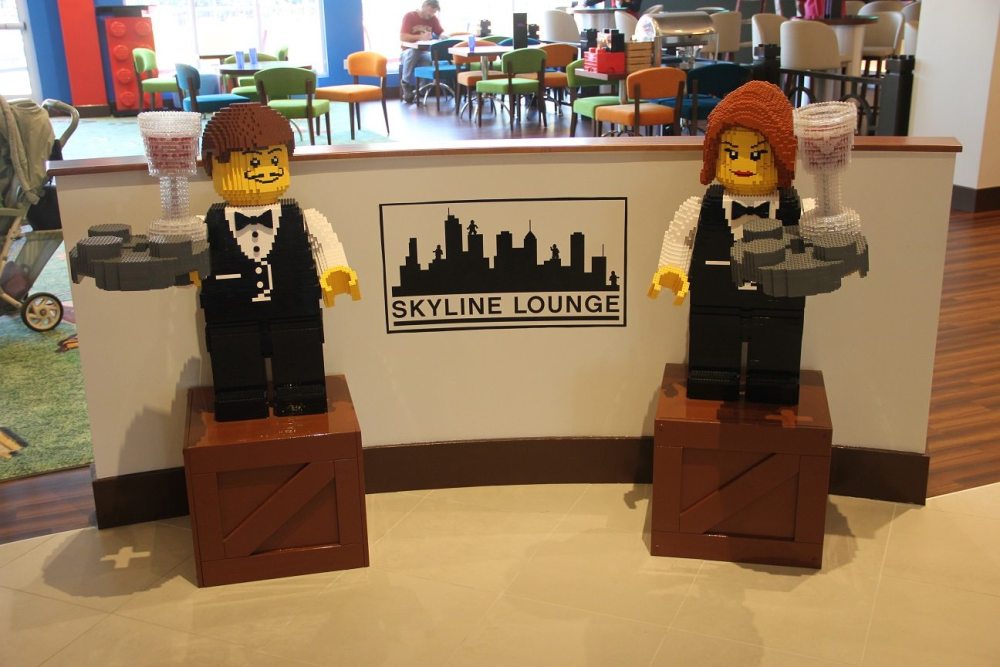 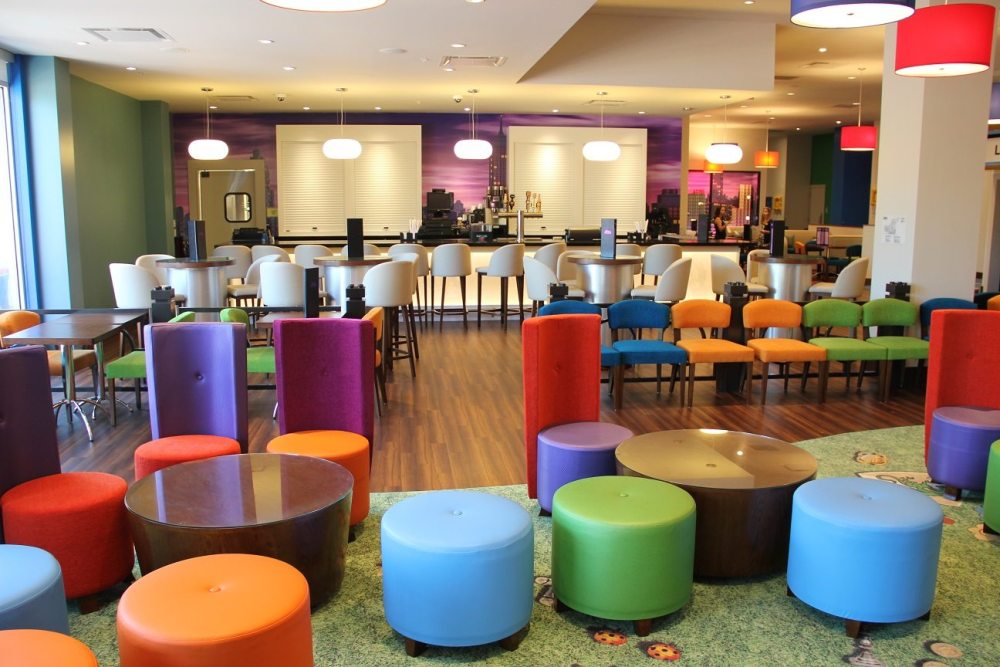 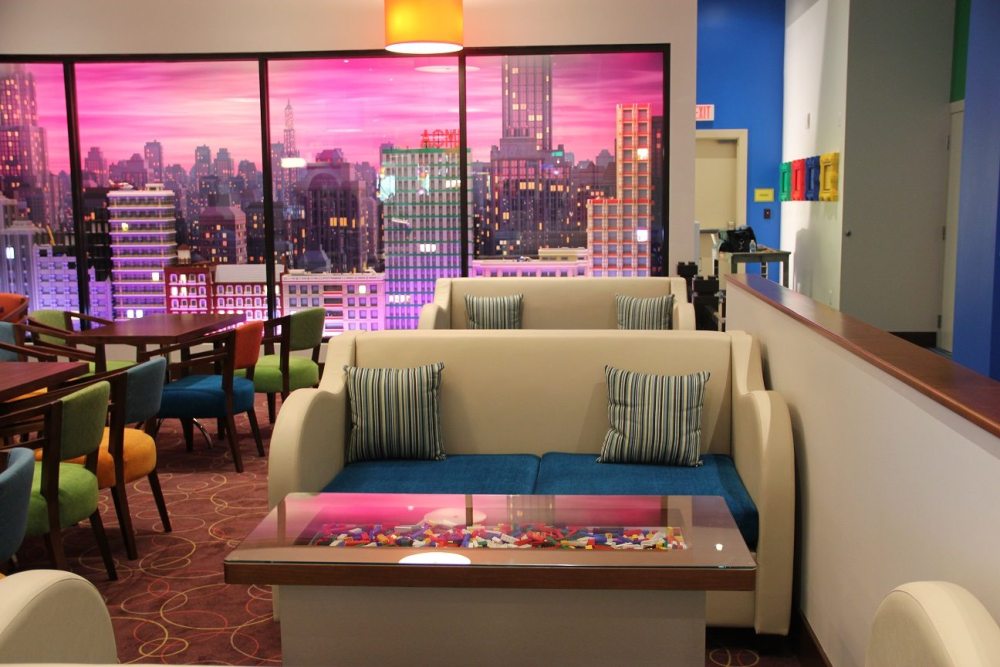 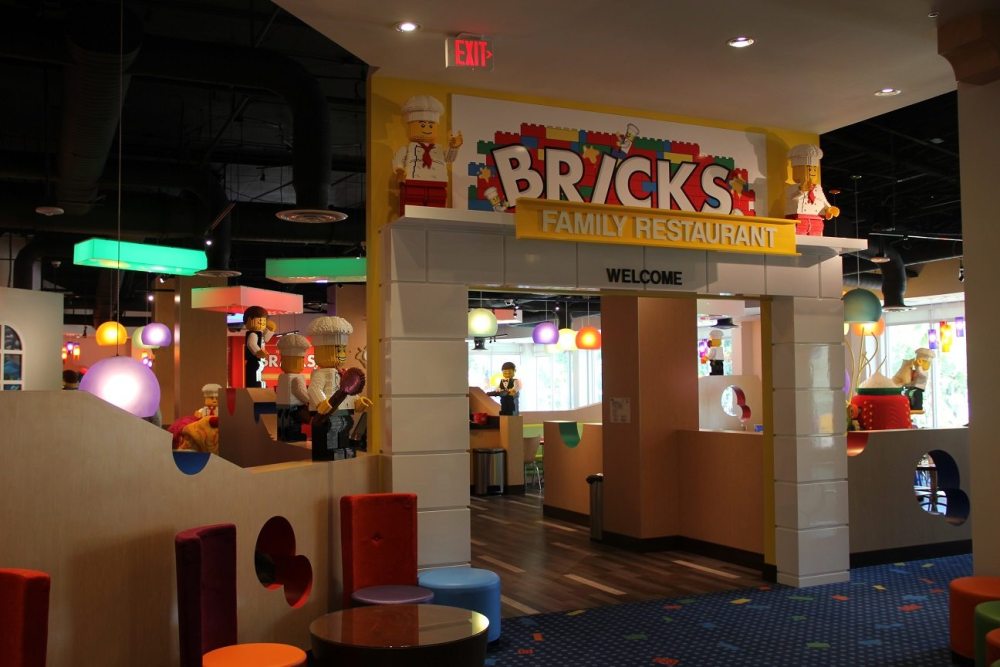 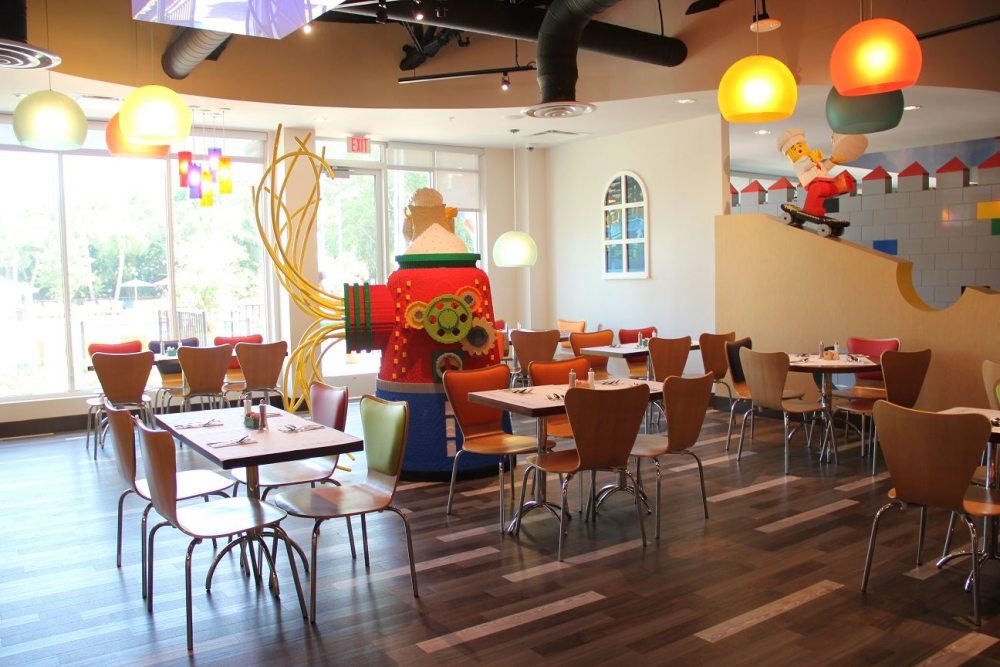 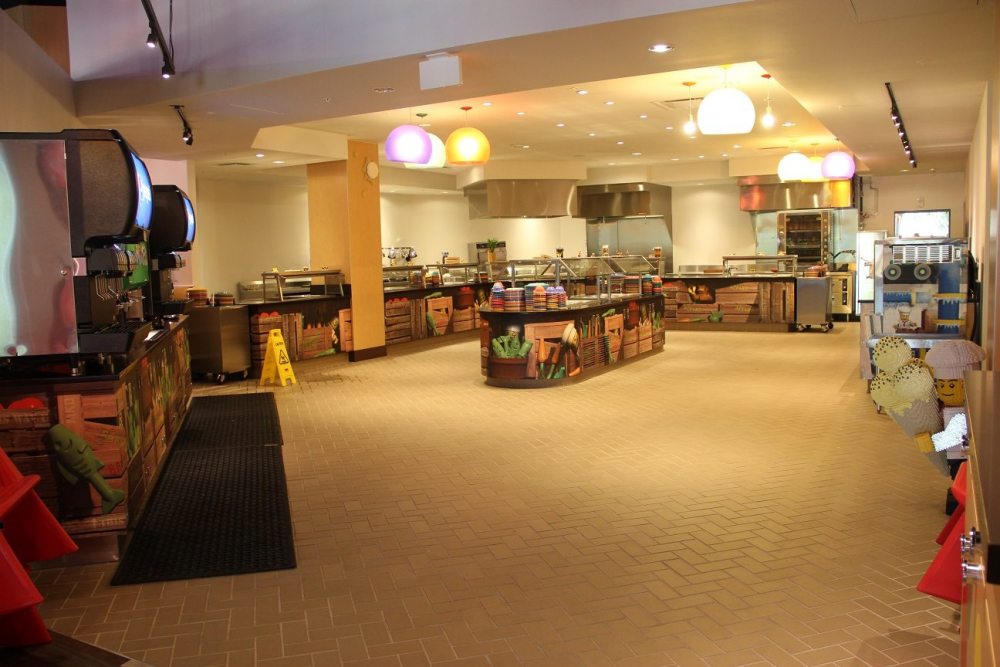 Let’s take a ride on the disco elevators and head on upstairs to the rooms. There isn’t an inch of this building that isn’t draped in LEGO theming. It’s pretty remarkable, actually. 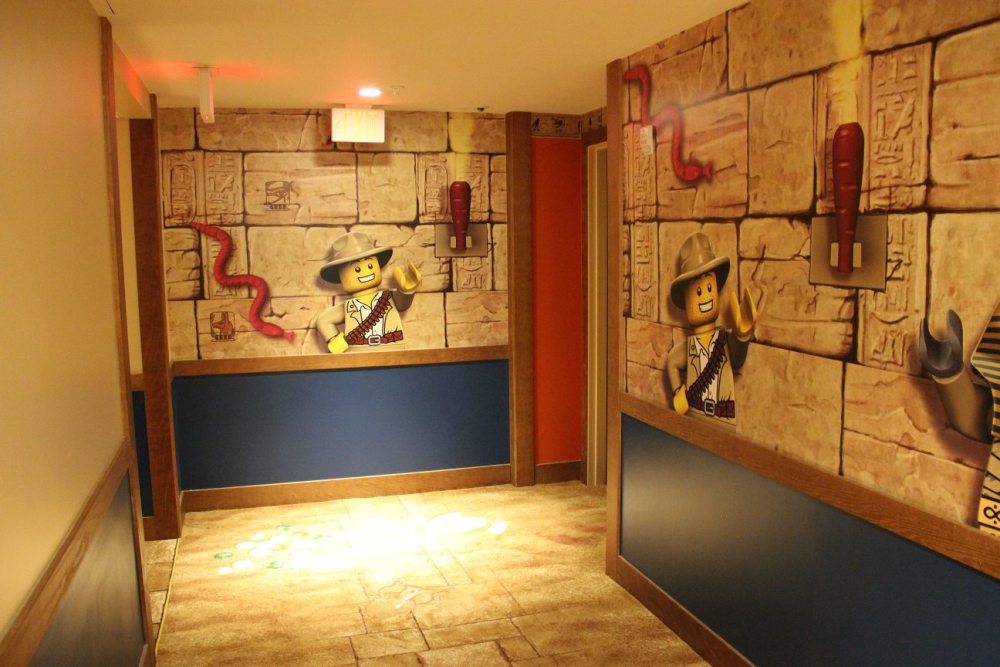 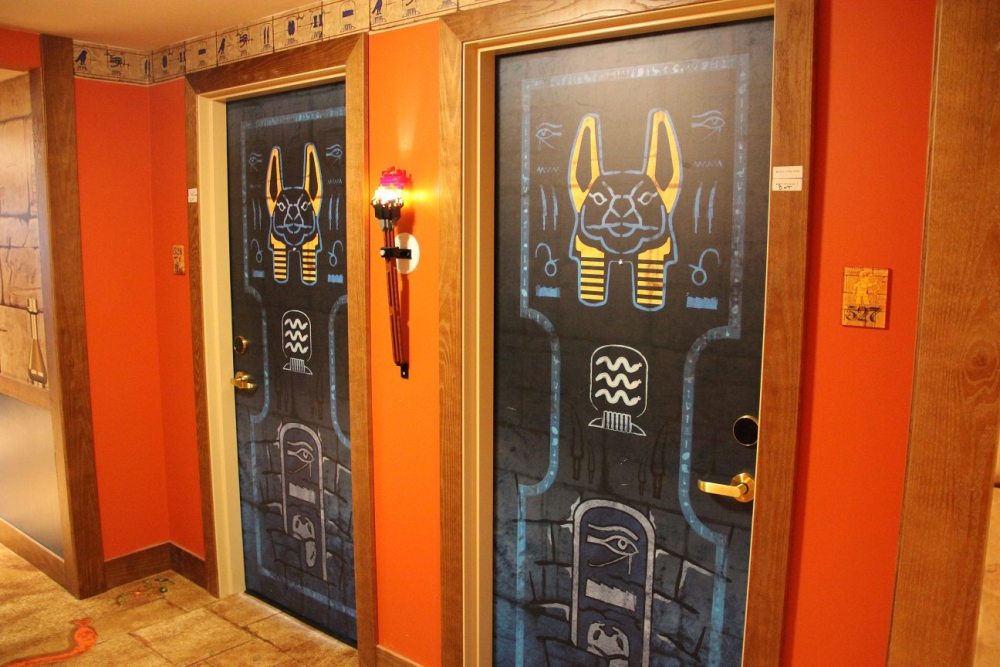 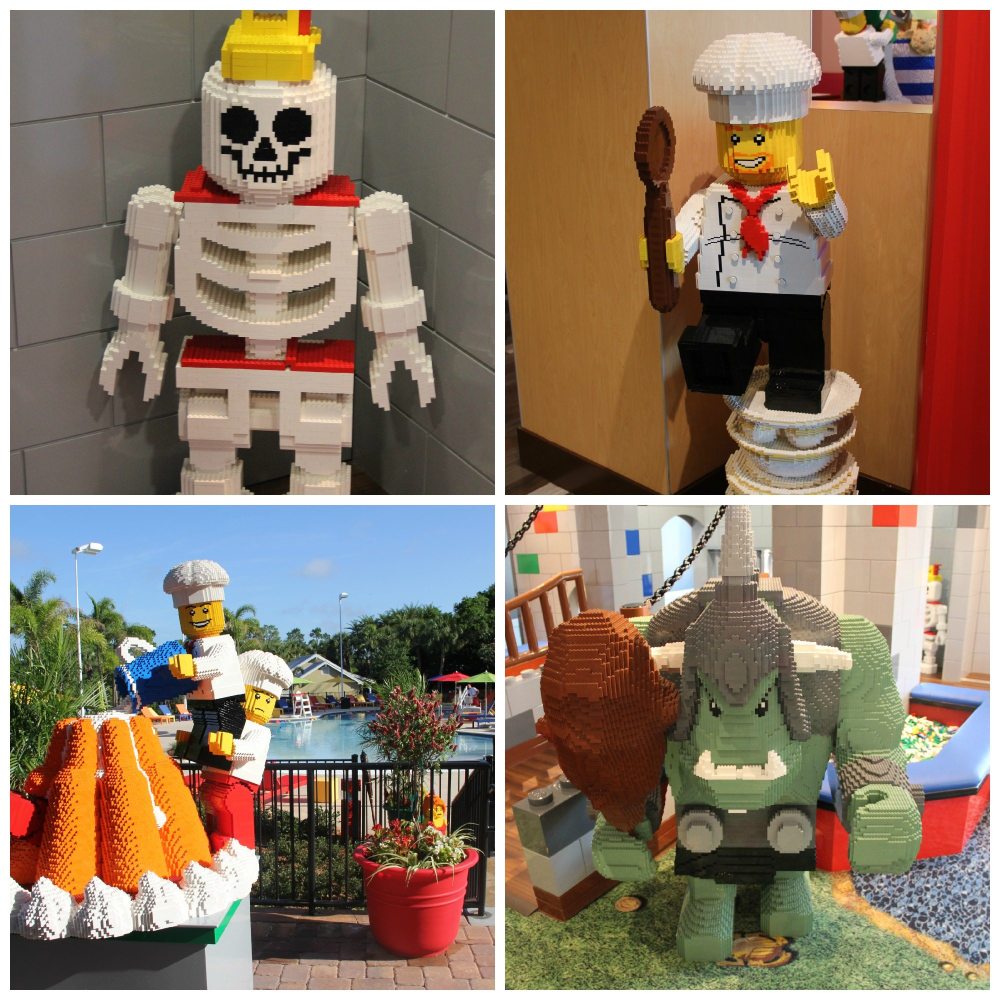 Each room has a minimum of 8 LEGO models–in the bedroom, on the wall, and in the bathroom. Every room also includes a treasure chest that kids can unlock (with LEGO goodies inside they can keep!) after they complete a treasure hunt. I’m not sure what treasures will regularly be inside, but when we were there, it included a couple Mixels sets, copies of the LEGO Club magazine, stickers, and an activity book. 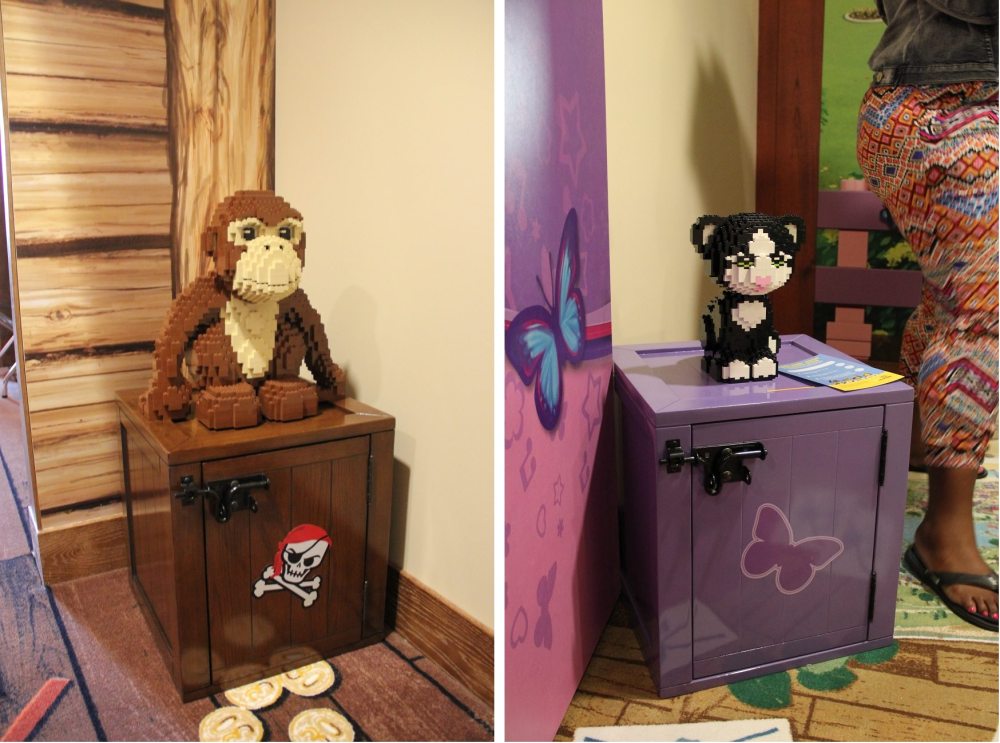 Your choices for room theming, as I mentioned, include Pirates: 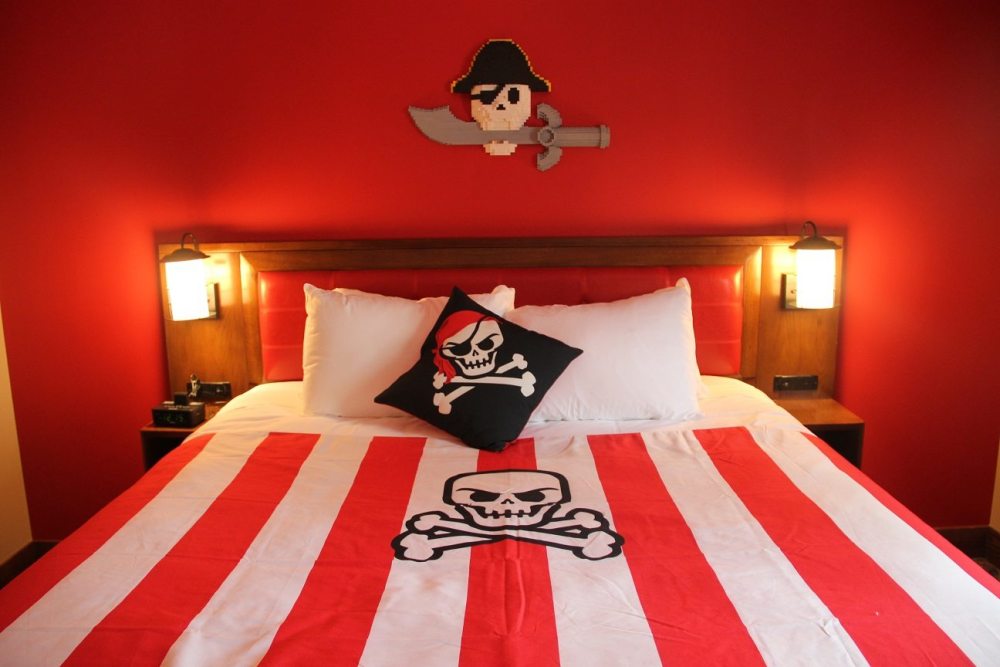 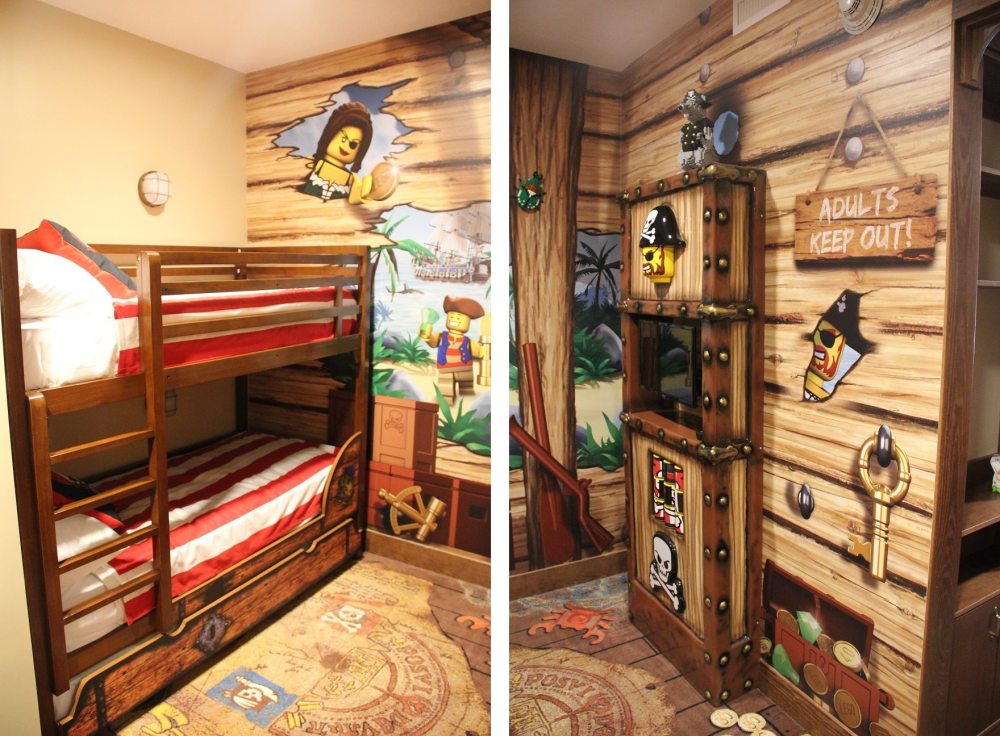 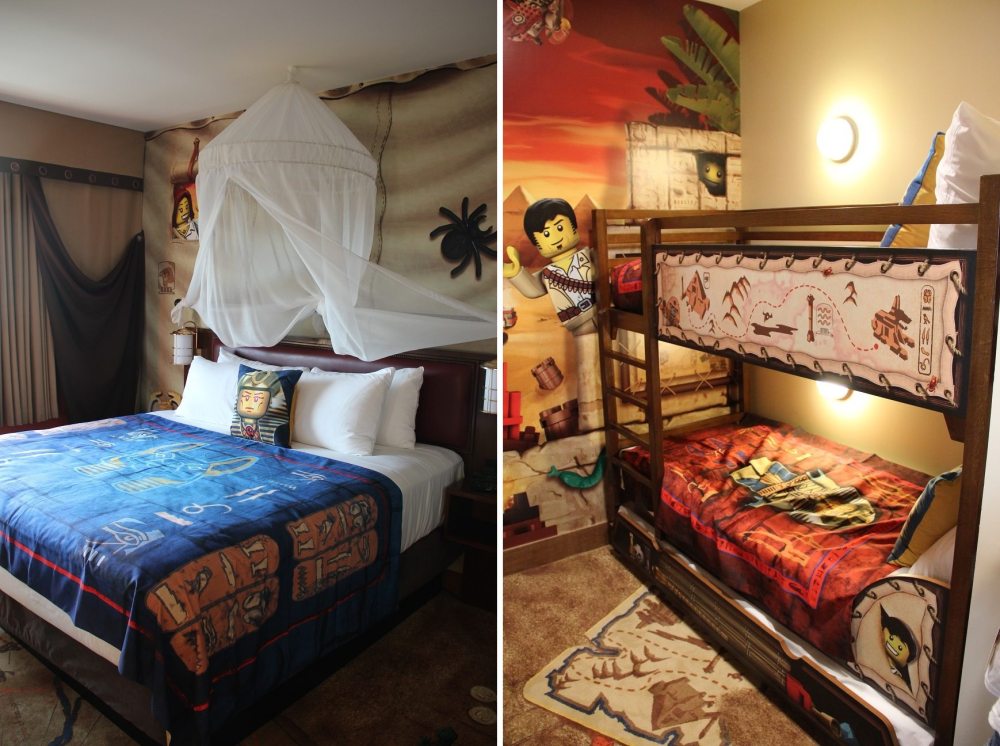 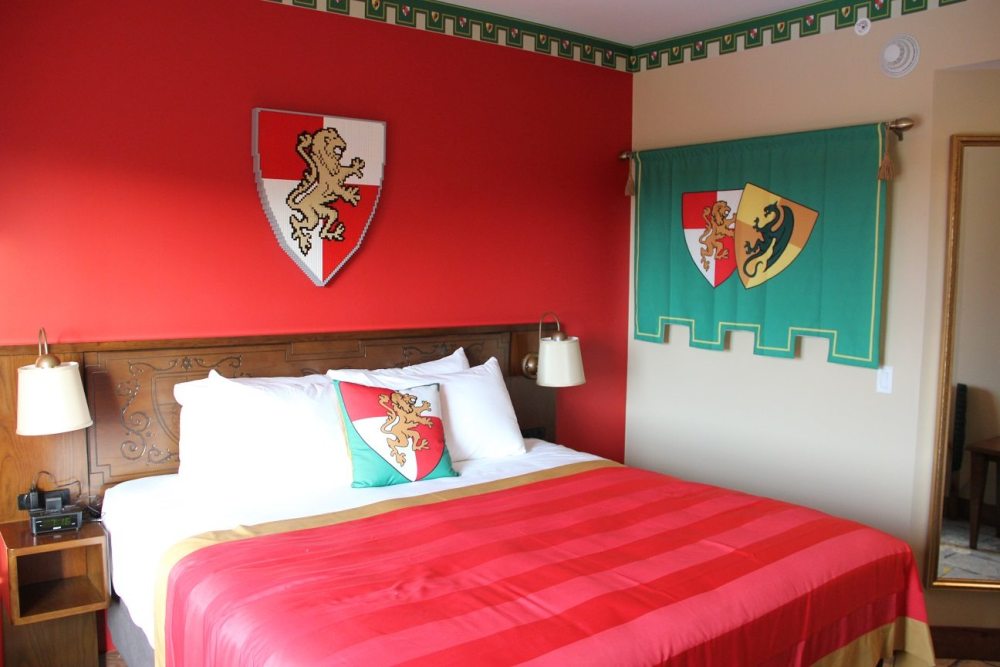 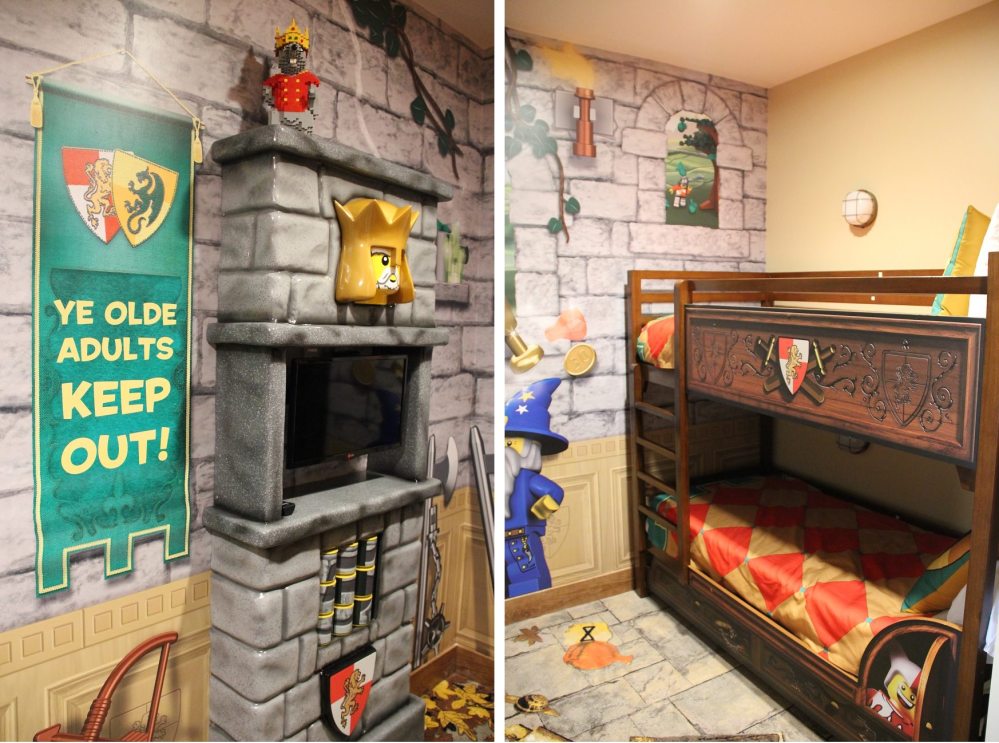 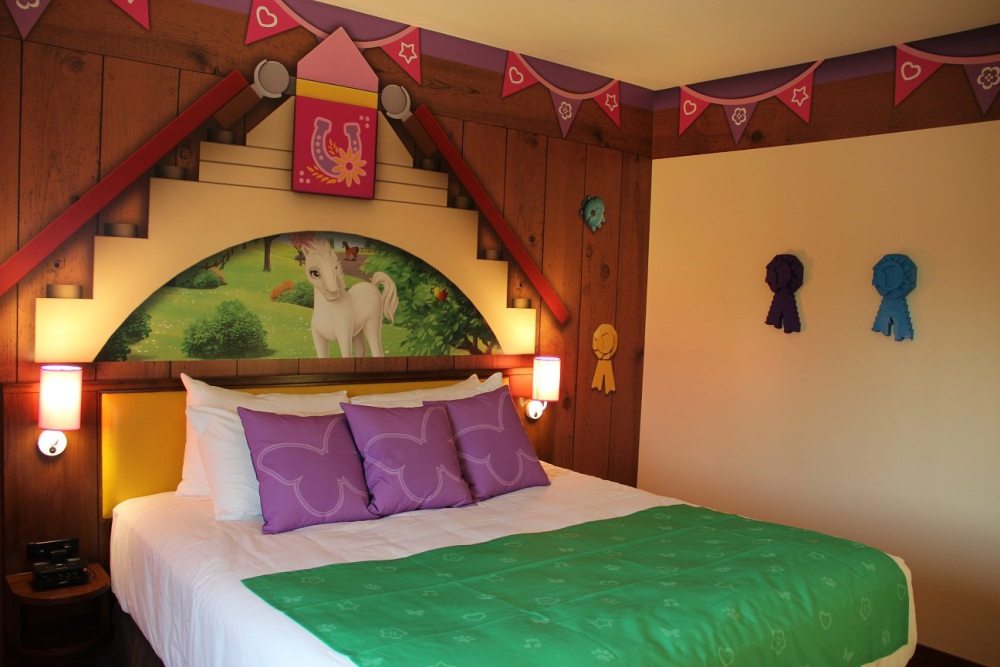 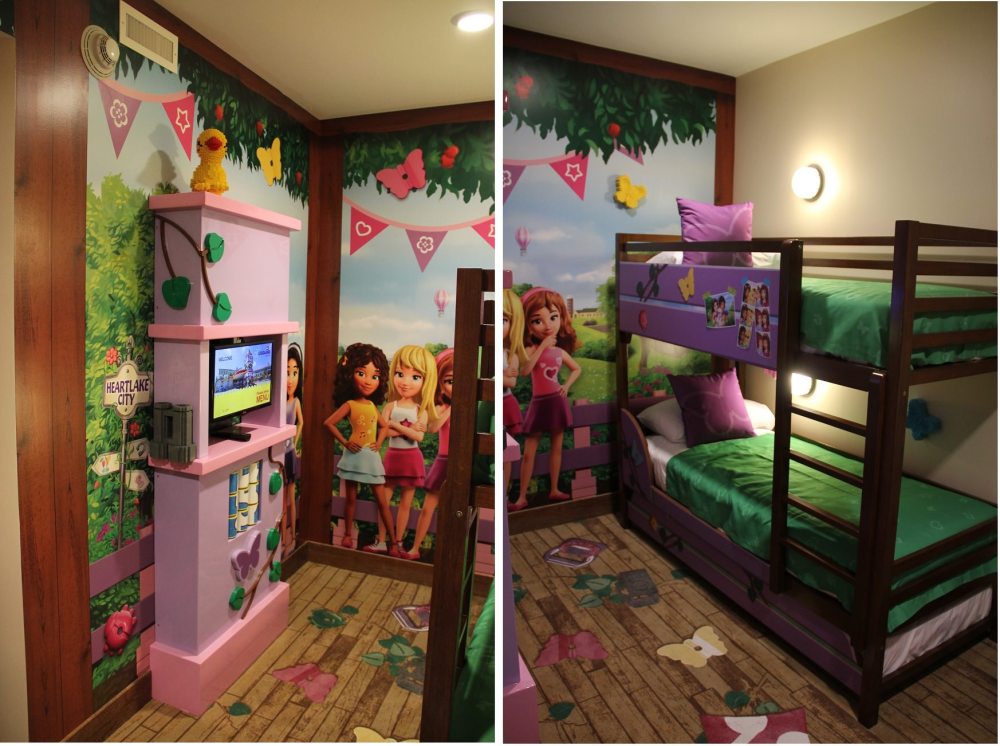 The Master Model Builder Workshops are actually a pretty amazing perk of staying at the hotel. Actual model builders who work at the park run the workshops and walk kids through the assembly of a small LEGO kit. Kids are instructed to open up the kits, throw away the printed instructions, and work together with the expert to build their own creations.

My daughter had the opportunity to work with master model builder Jason Miller and build a cool little green alien. 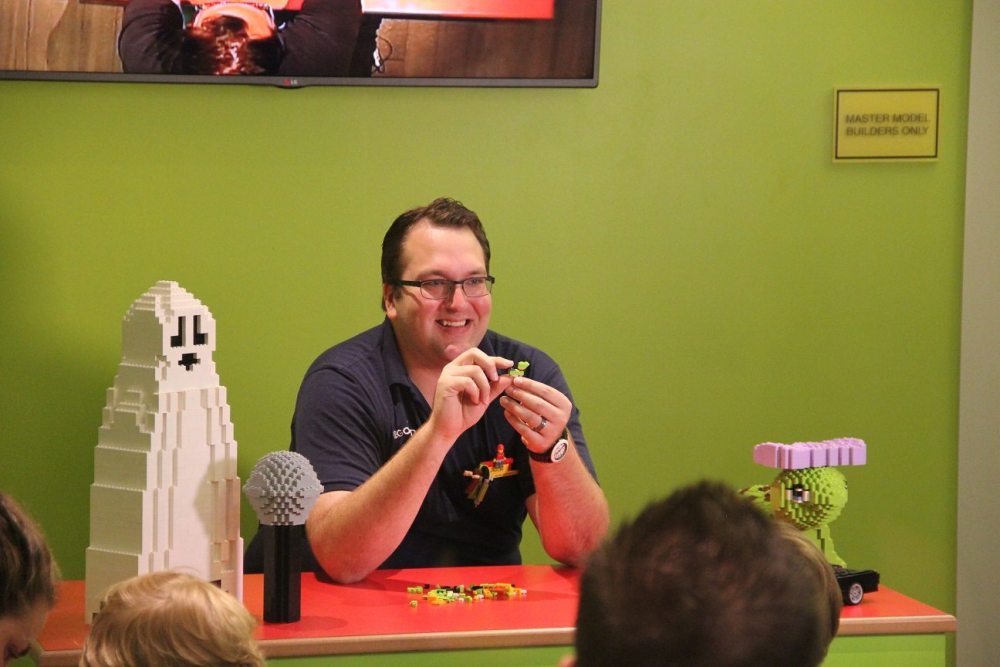 Oh yeah, there’s a pretty great pool (and splash ground for the wee ones), too. 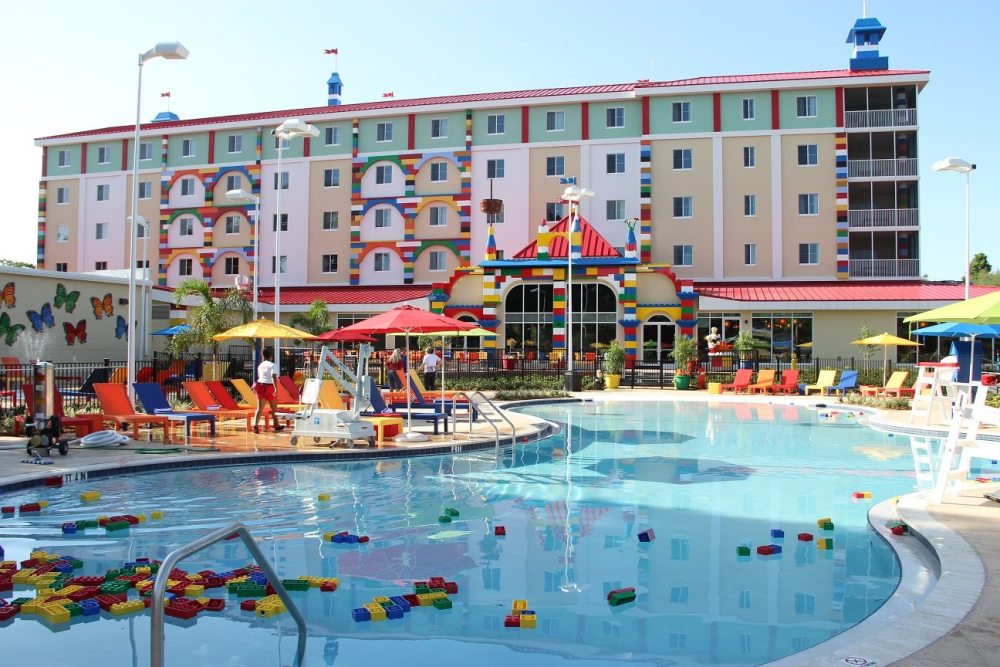 If it’s not obvious, we’re fans. Big fans. We love LEGOLAND, we love the water park, and now we love the LEGOLAND Hotel. It’s a fantastic addition to the crazy world of central Florida tourism, and it absolutely deserves your time (and money), especially if you’re a LEGO fan.

And, really, who among you isn’t?

Look at that: I made it through a whole post about LEGO without resorting to the obvious “everything is awesome” quote! Go me.

(Disclosure: I was an invited guest at a special media event for the grand opening of the hotel. All opinions remain my own.) 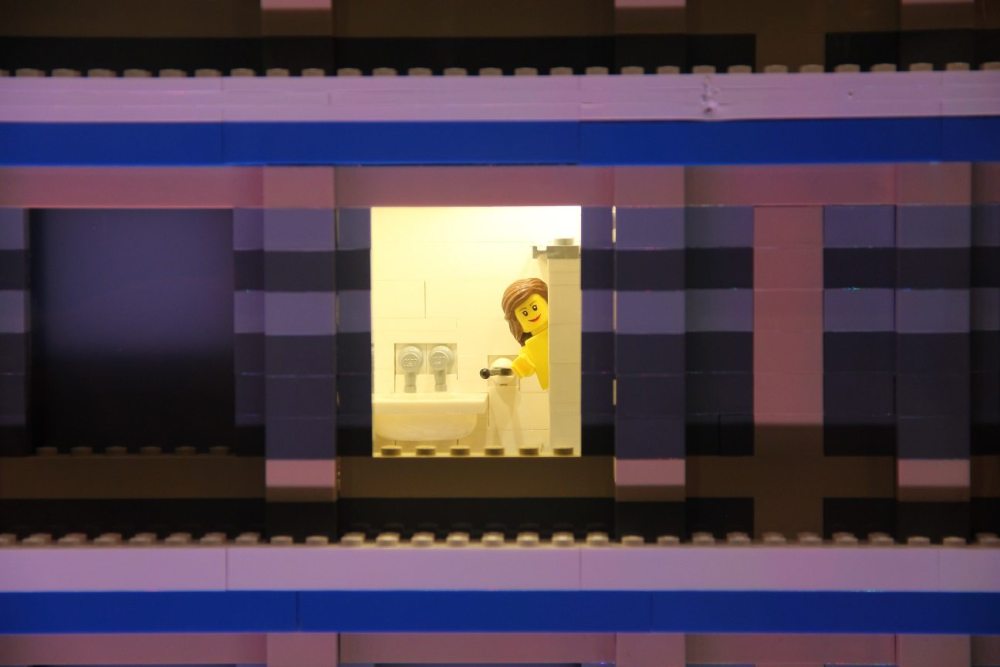