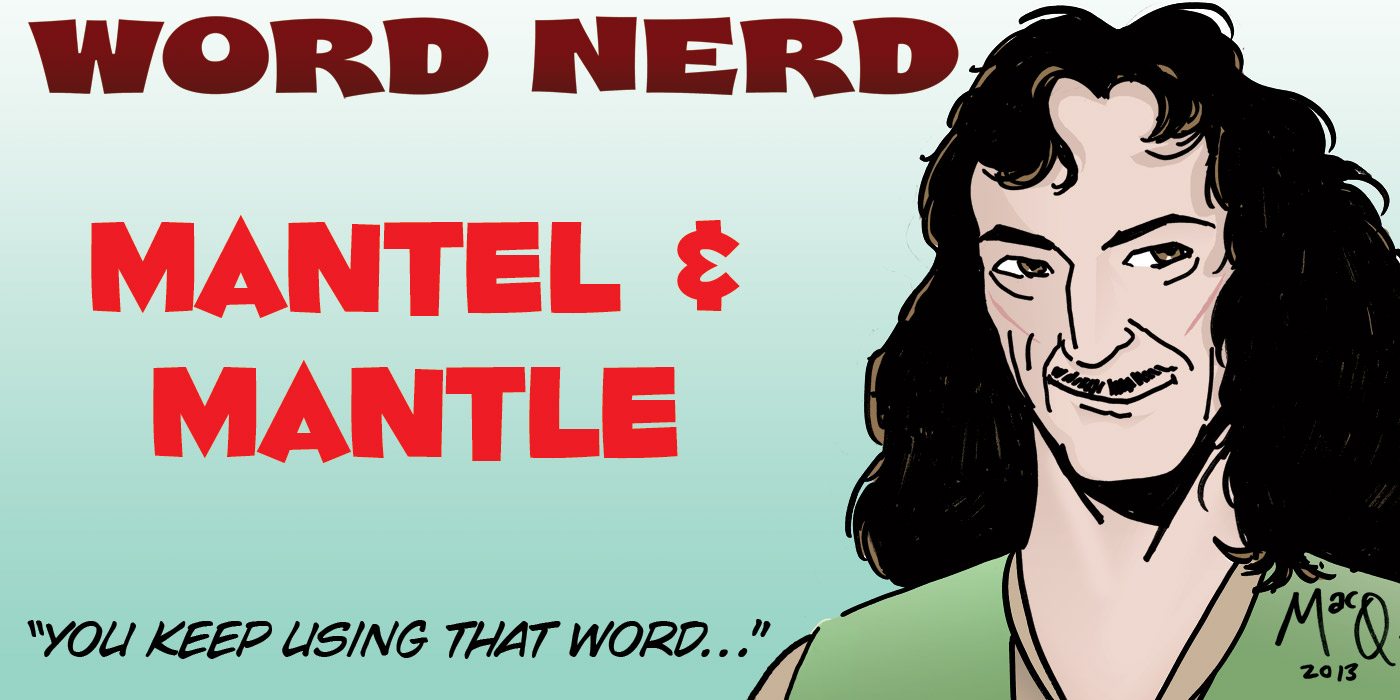 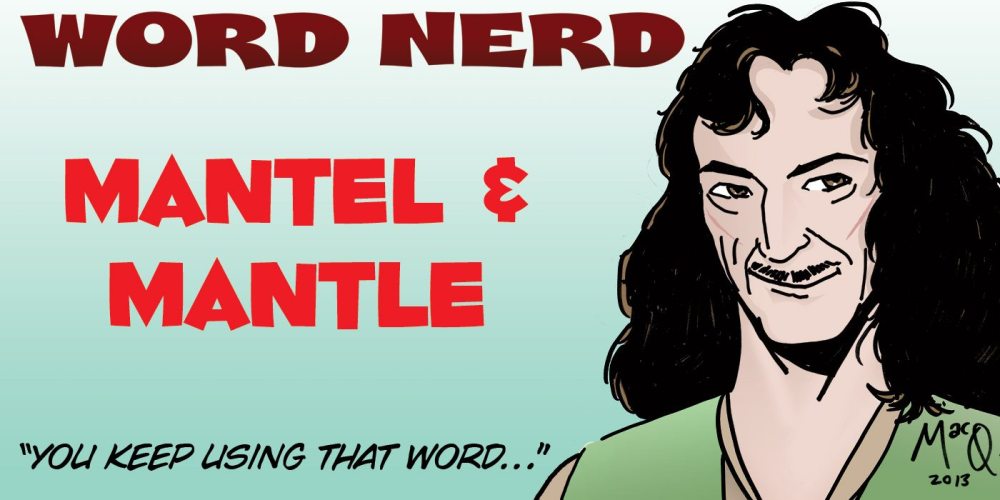 Today’s Word Nerd topic is one of those cases where a single word has split into two terms, with a difference in spelling to parallel the difference in meaning.

Mantle: a loose, sleeveless cloak or cape; something that covers, envelops, or conceals; in geology, the portion of the earth between the crust and the core.

Mantel: a construction framing the opening of a fireplace. 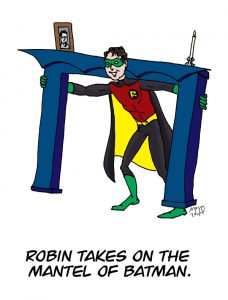 Both words originated around 1200, from the Old English mentel, meaning “loose, sleeveless cloak,” which comes from the Latin mantellum “cloak.” (This word is the source of the Italian mantello, Old High German mantal, German mantel, Old Norse mötull, all of which mean “cloak.”) It may perhaps come from a Celtic source.

Around 1500, a shortened form of Middle English mantiltre (“mantletree”) was used to refer to a moveable shelter for soldiers besieging a fort; this device resembles the timber or supporting masonry installed above a fireplace, so the same term was used for both, derived from the general meaning of “to cover.”

The metaphorical use of “mantle” to refer to succession of authority or importance comes from the King James Version of the Bible, 2 Kings II:13, when the prophet Elisha picks up the sheepskin cloak worn by his predecessor, Elijah.

The layer of Earth between the crust and core was named the mantle beginning around 1940; prior to that time, everything below the crust was considered part of the core.

If you put a photo on your mantle, you’re putting it on your coat.

If you talk about the Earth’s Mantel, you’re describing a natural fireplace.

This is Word Nerd #53; you can find the previous installments in the Word Nerd Index.

67 Books Every Geek Should Read to Their Kids: A Printable List (GeekDad Weekly Rewind)

Book Review: Ex-Purgatory Is a Welcomed Addition to the Ex Series