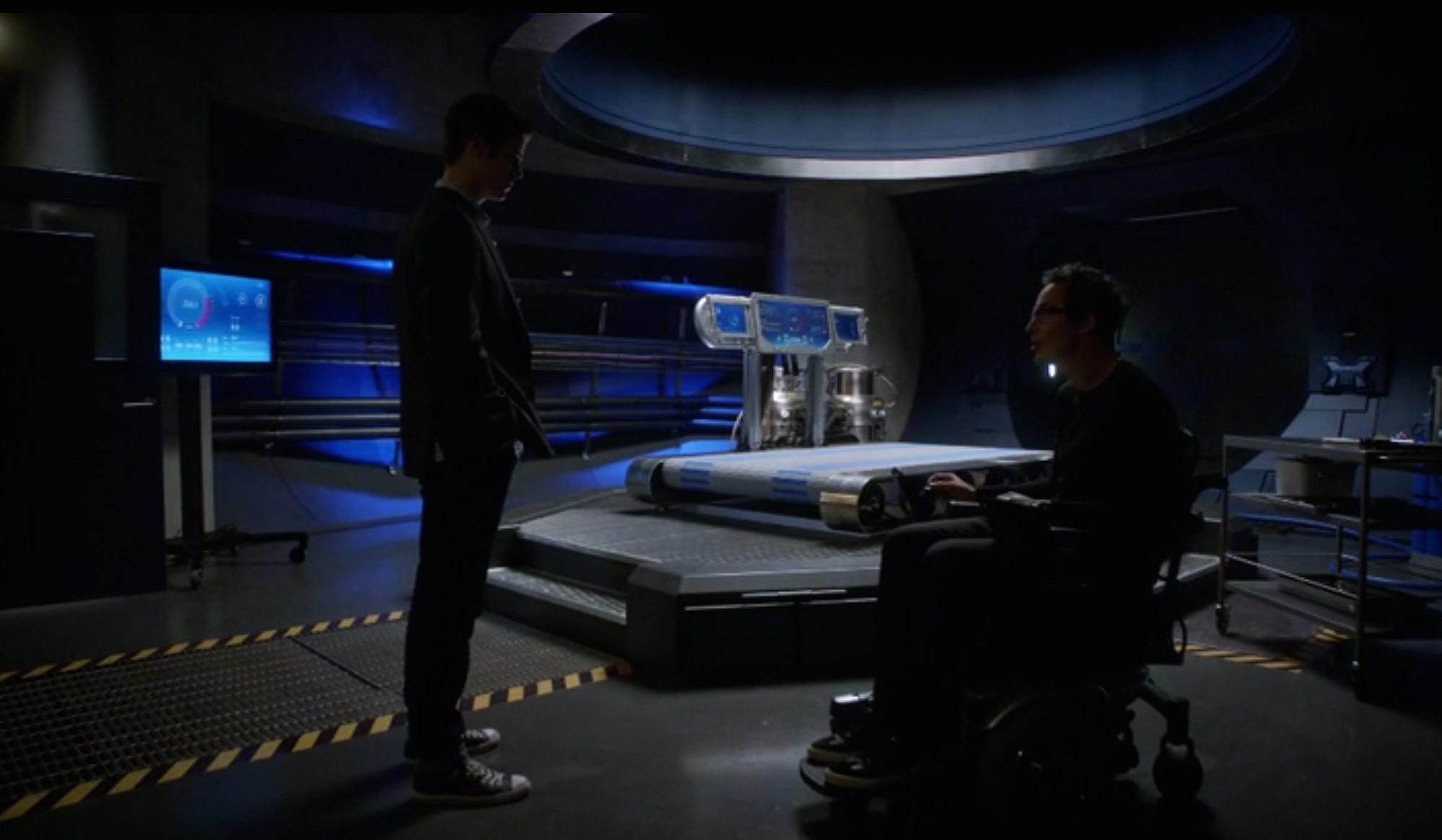 Mordechai: Before we get started on this week’s review, there’s a larger issue that needs to be addressed. The Flash is, as you know, based on a comic book. The comic book industry has a long history of dodgy treatment of creators, but people always say it’s gotten better.

Not if you’re Gerry Conway. Conway, a classic DC creator, created both Firestorm and Killer Frost. Now, the Killer Frost he created wasn’t named “Caitlin Snow,” but that one is based on the one he created. So somewhere along the line, he should be getting a check. Except he’s not.

Even without the mental gymnastics involved (Sterling Gates doesn’t get cash for Caitlin because she’s derivative of Conway’s Killer Frost, but Conway doesn’t get cash for Caitlin because she’s not the same character), there’s the horrific thought that Warner Brothers puts the onus of defending creative credits on the creators. In other words, if you create character X and they use him in an animated special, they don’t have to pay you unless you note it. That, right there, is some real bull.

Corrina: It wouldn’t cost Warner Bros. that much money to do the right thing. Lest anyone think it’s just Conway’s sour grapes, Alan Brennert, who wrote some of my favorite Batman stories ever, isn’t getting paid for the use of Barbara Kean in Gotham because her character was mentioned once or or twice as being deceased. Kean was given a name and a job by Brennert and the late great Dick Giordano but, nope, derivative creation too.

I love comics and much of my love goes to the creators of those comics, who provided so many hours of great entertainment. What you’re seeing on The Flash and Arrow is money being made by Warner Bros, CW, and the producers on the backs of people who aren’t getting credit. Even Daredevil, which was quick to give credit to other creators, left out Ann Nocenti, whose Daredevil run clearly influenced the show. That’s a huge oversight.

Let’s honor all the storytellers. And pay them.

Mordechai: There’s a rumor that some at Warners are reacting to the negative press and trying to find a way to make things work, so here’s coping.

Corrina: Onto the episode, then. Or, as I like to call it, the one where Joe is trying to set up his son to marry his daughter.

Mordechai: Do we have to? Ugh.

Corrina: We’ll get to that in a minute. First, a tip of the hat to Tom Cavanaugh for his Harrison Wells/Eobard Thawne. Every show needs a great villain and Wells has been that, especially in this episode where he outsmarts everyone. Of course he does. Heck, Barry hardly does forensic science anymore, and Cisco and Caitlin, much as I love them, make lousy spies.

Basically, the Flash team lays a trap for Wells, now revealed as the Reverse Flash, only to find Wells was toying with them. Nice reveal, show.

Also kudos for having Iris figure out everything on her own, even if we never see her doing any of it because… I don’t know?… and finally clueing into Barry being the Flash. Except we might get a time reset, so who knows if that will last. (By the way, when did she graduate college?)

Mordechai: It’s amazing that more people haven’t. Except Iris, like Detective Lance on Arrow, puts together every clue but the most obvious. C’mon, you figure out it all ties back to S.T.A.R. Labs, where Barry has been spending all his spare time, and you don’t make the connection until you get a random spark later? Pft.

“Not seeing her doing it” isn’t even as well done as when the classic Iris revealed she had known Barry was the Flash for over a year. Instead, it just feels sloppy.

Corrina: Unfortunately, every show also needs a great hero and Barry isn’t there yet.

Let’s put aside Barry’s “don’t tell Iris anything because that will put her in danger despite the fact she’s in danger because everyone she knows is investigating Wells anyway,” and go with what an insensitive oaf Barry is to Cisco.

Barry’s plan is that Wells must confess to get Daddy Allen out of jail. For that plan, Cisco risks his life (TWICE!) and yet when Cisco collapses, Barry’s all “Wells didn’t confess, my poor dad” instead of “Omigod, Cisco, he almost killed you, are you okay? Thank you for trying!”

Mordechai: Barry’s a little obsessive, does it show? The entire “let’s put Cisco in a dream state thing is weird, especially since hypnotherapy would be easier. It’s also weird that Barry is so fixated. How, exactly, do you plan to use this evidence? The only way you can use it is if you out yourself as the Flash. Which also means exposing your whole secret metahuman prison.

Corrina: Hero fail #2 belongs to Joe who’s being, well, a paternalistic ass to Iris and Eddie and, thus, toying with their lives in a similar way to Wells toying with the Flash team’s lives. Eddie wants Joe’s blessing to marry Iris. Joe refuses. Eddie can’t figure out why–after all, he’s just following Joe’s advice to get that all important vote on Iris’s future, yes? ::sarcasm::

Corrina: Eddie goes to Barry for help with this. Barry gives that face of “oh, this is making me so angsty” that supposes I’ll feel bad for him. I don’t. Eddie at least takes the risk of telling Iris how he feels and that puts him one step up on Barry. In any case, Joe reveals that he wouldn’t give Iris his blessing because he’s sure Iris still loves Barry and he’d hate for Iris to make a mistake and marry Eddie and be miserable in ten years.

Joe, dude, you don’t have that right to tell Iris how she feels. No. Nah. Never.

Add that to Joe’s calling Barry “his son,” and his insistence that Barry and Iris be together has an added creepy vibe. Yes, every man dreams of his son marrying is daughter.

Run away, Iris, Take Eddie and go work in another city. But, no, we can’t do that because Eddie has been kidnapped by his descendant, the Reverse Flash. I don’t know why Eobard wants Eddie around but I guess we’ll find out next week if we’re not too busy with Grodd.

And, show, if you ever kill off Cisco? We are DONE.

Mordechai: Corrina, you’ve gone and given me almost nothing to rant about.

Seriously, though, this episode really hammers home everything good about the show (the Reverse Flash bits) and everything bad (the relationship nonsense, the sexism, people only existing to further Barry’s story).

I keep tuning in for Wells, but it’s taking me real effort not to tune out for the rest.

The Best Scooby Doo! Series Ever Comes to an End Starting Today