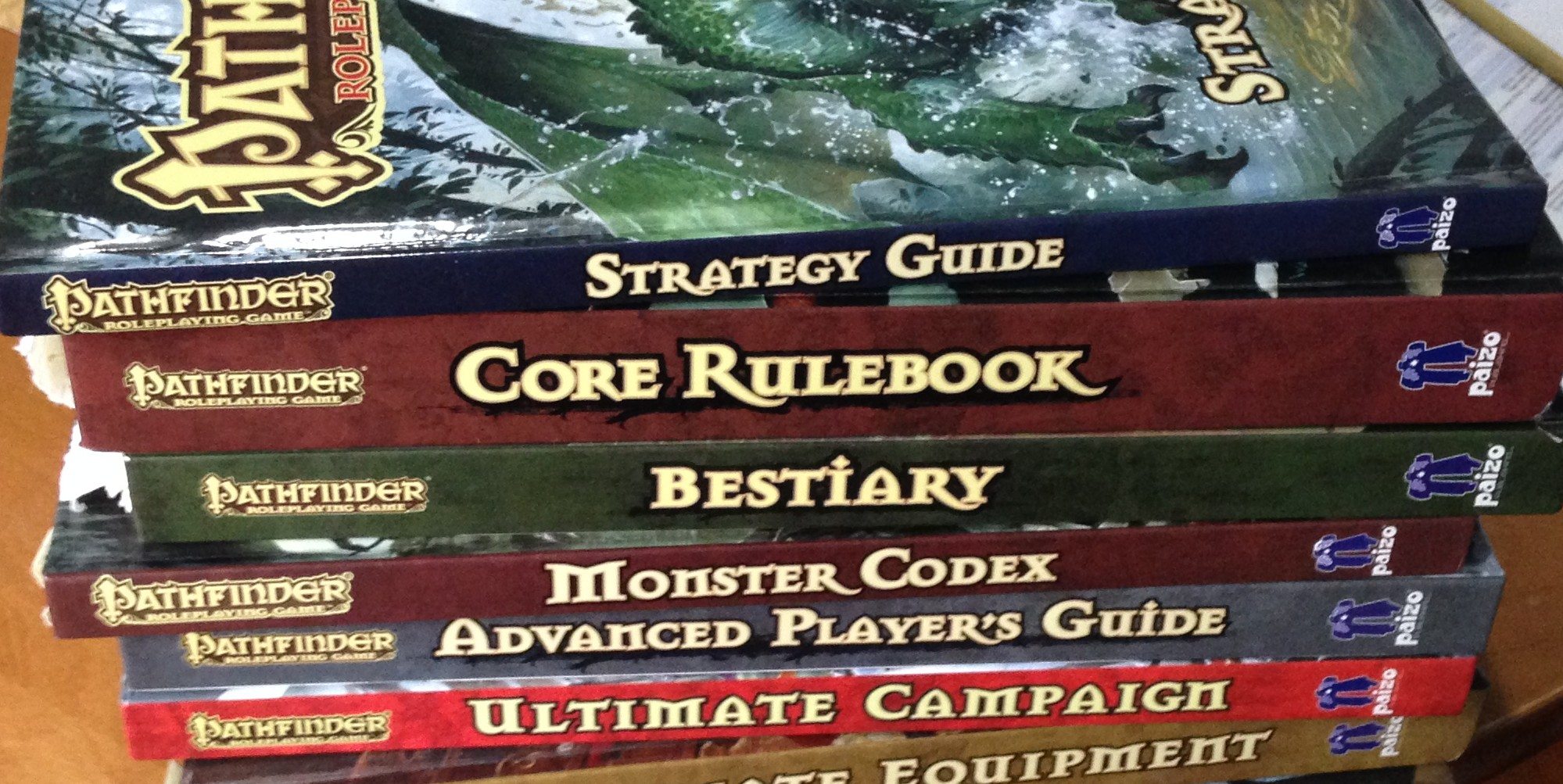 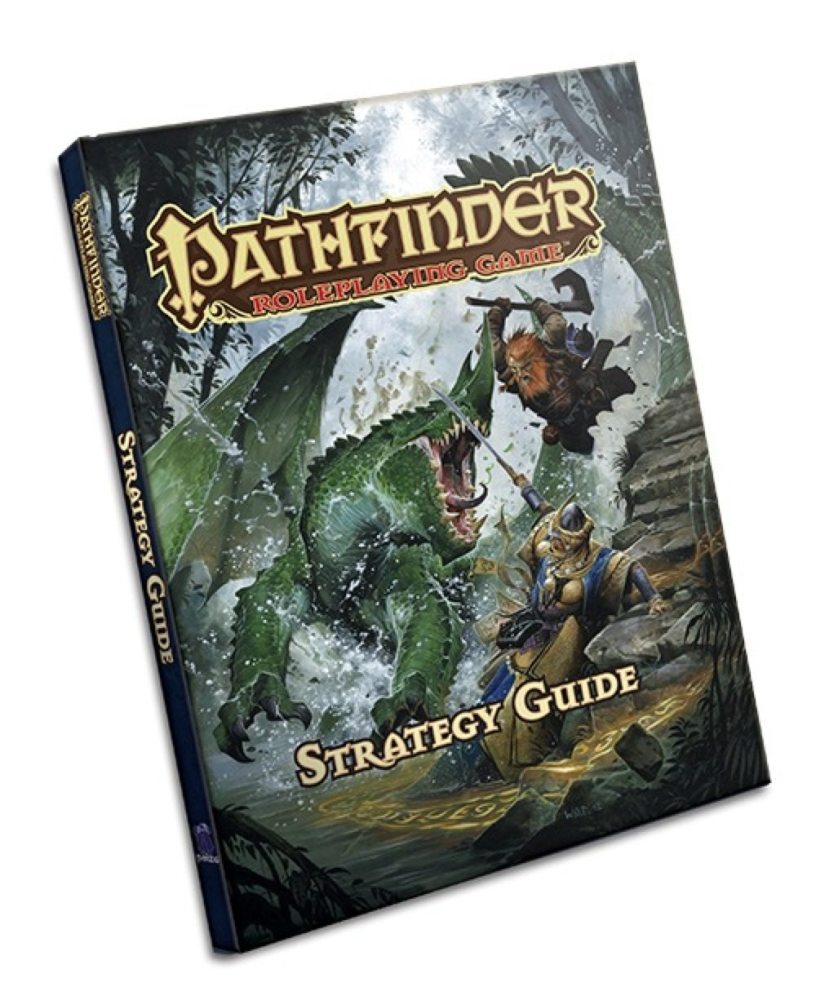 Recently, a colleague here at GeekDad asked Paizo for a copy of their Pathfinder Core Rulebook. He had never played a tabletop RPG and was interested in trying out Paizo’s Pathfinder Society–an organized group of campaigns and adventures held at game stores and other locations across the country. Players are welcome to sign up and drop in with their own characters.

When the book arrived, he sent me a note telling me how intimidated he was just to even open the cover. The Pathfinder Core Rulebook weighs in at 575 pages of tiny text and endless choices. Talk about a barrier to entry! If you don’t have a friend who can help you learn the game, you’re soon drowning in minutiae. Even for someone with a basic familiarity with RPGs it can be really frustrating to find the specific information you need to get started, and the Core Rulebook is only the beginning.

If you do conquer the Core Rulebook, chances are you will end up buying more rulebooks. To start, you will want to own at least one bestiary–a book of monsters you can use to fill your caves and dungeons. If you get into playing Pathfinder or another fully fleshed-out RPG, it isn’t uncommon to end up with thousands of pages of rules at your disposal. For the novice it all becomes more than a little intimidating. 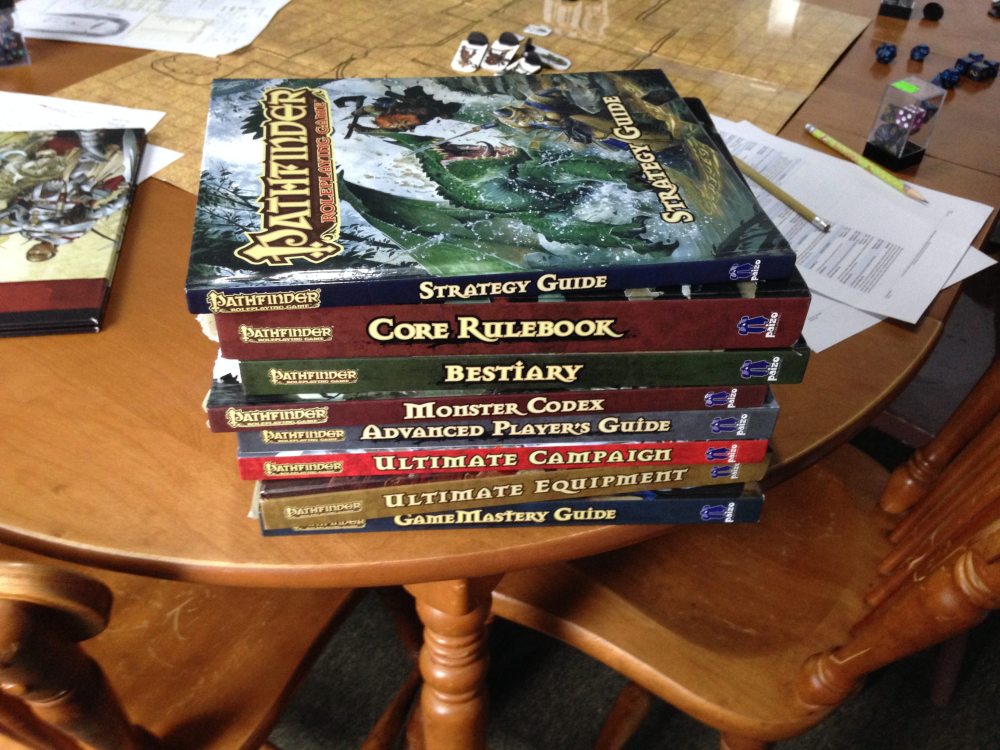 The publisher of the Pathfinder RPG has just done something to dramatically change all of that. Paizo’s new Strategy Guide provides a completely new way to start playing Pathfinder. Unlike the Core Rulebook, it is designed specifically to assist new players as they construct a character and learn the basics of the game so that they can start participating in the Pathfinder Society or with any gaming group without needing everything explained to them by more experienced players.

The Strategy Guide starts with a simple interview that guides players through a series of choices designed to help them pick a character they will enjoy. The interview takes the core classes–barbarian, bard, cleric, druid, fighter, monk, paladin, ranger, rogue, sorcerer, and wizard–and divides each of them into two or three archetypes. For instance, the paladin divides into a knight, who fights best on horseback, and a crusader. The interview will lead you to one of the twenty-four different archetypes and suggest that you consider creating a character based on the archetype you selected in the interview. Of course, if you aren’t satisfied, you can alter your answers in the interview, or you can simply read through the archetypes to choose your favorite. 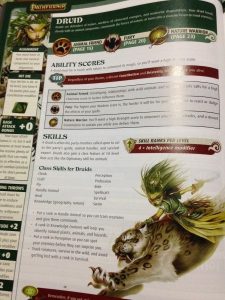 Once you’ve chosen an archetype, you are then led carefully through the process of creating a character based upon the class and archetype you chose–something completely missing in the Core Rulebook. The guide makes suggestions on which ability scores should be highest for each class and what secondary scores would come in handy for your archetype. It also makes suggestions on the kinds of skills and spells you ought to consider when creating a character like the one you have chosen.

The character creation portion of the guide doesn’t stop at the initial character creation either. It walks a new player through character advancement as well by suggesting which spells, feats, and abilities might best suit the player as they advance thorough their first campaign. By limiting the choices of new players and guiding them through advancement, it allows them to focus on getting down game mechanics like initiative rolls, skill checks, and the like while such things as choosing feats and spells are partially managed for them.

The book extends beyond character creation, too, containing an extensive section on how to participate as a player in a Pathfinder adventure. It starts with discussing the difference between the roleplaying sections of the game and the structured combat mechanics. It then takes an in-depth look at each type of play and how a participant is expected to take on each situation. The book concludes with a brief look at the Pathfinder Society and how to get involved with organized play.

I have to say I’m impressed. By the end of the book, it seems fairly easy for a player with little or no knowledge of a tabletop RPG to create a character, learn the basics of a game, and find a place to participate in an adventure. Its a neat piece of work and fills a huge gap in the Pathfinder materials.

The book isn’t only a service to new players either. The Strategy Guide will save game masters hours of explanation, and keep game sessions with mixed new and old players from becoming thoroughly bogged down in basic explanation. For that reason alone game masters who involve new players in their games will want to add at least one copy of the Strategy Guide to their library and lend it out often. It will save them hours of work and make the experience on game night much more satisfying for everyone involved. 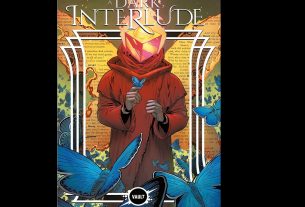 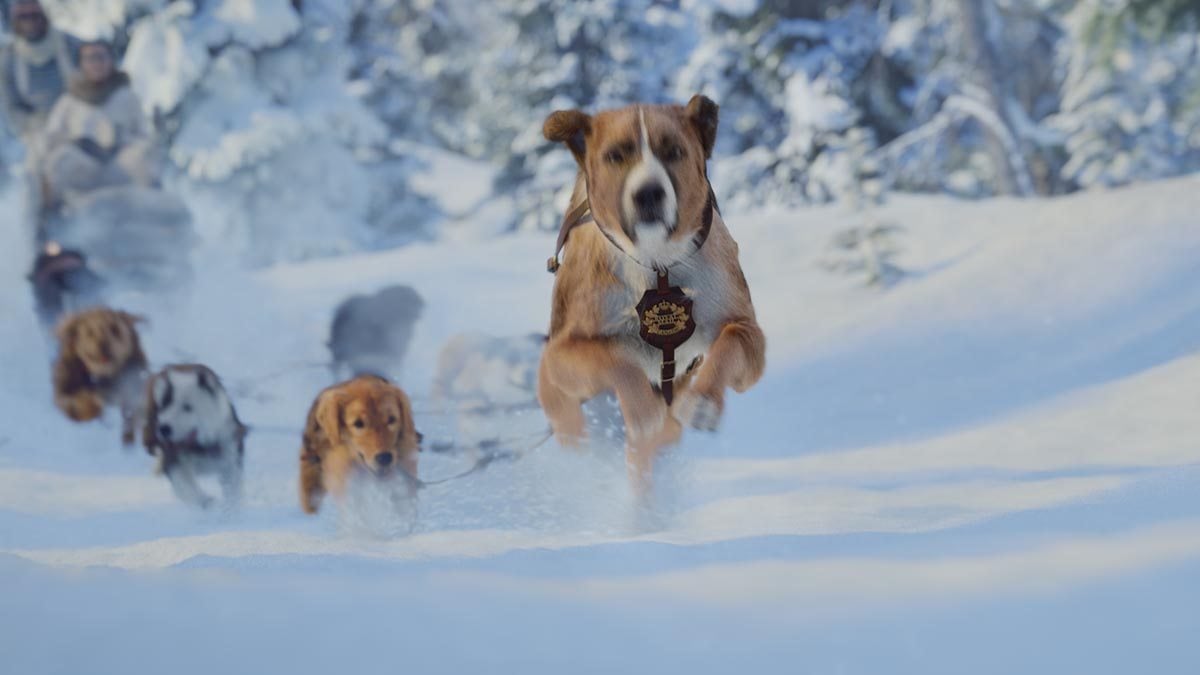 Ten Things Parents Should Know About ‘The Call of the Wild’ 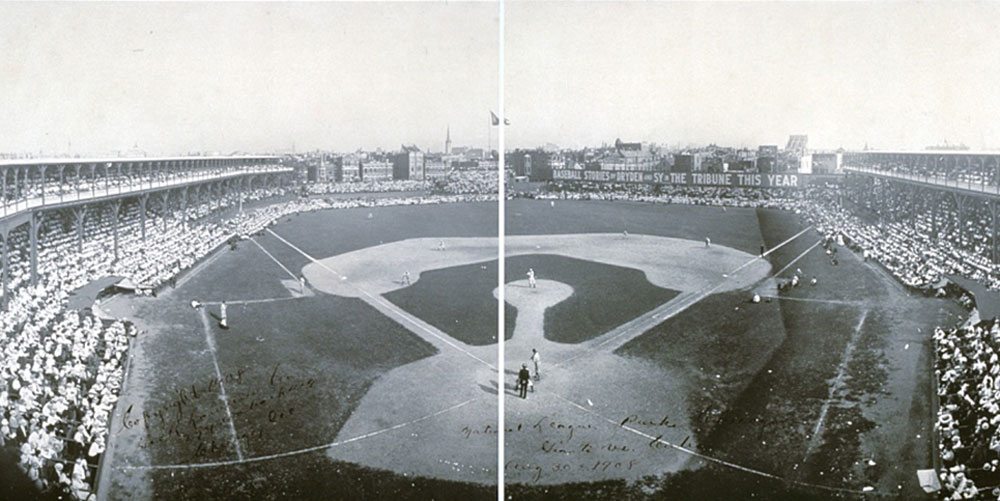 5 thoughts on “Want to Learn Tabletop RPGs? Here’s the Perfect Place to Start”