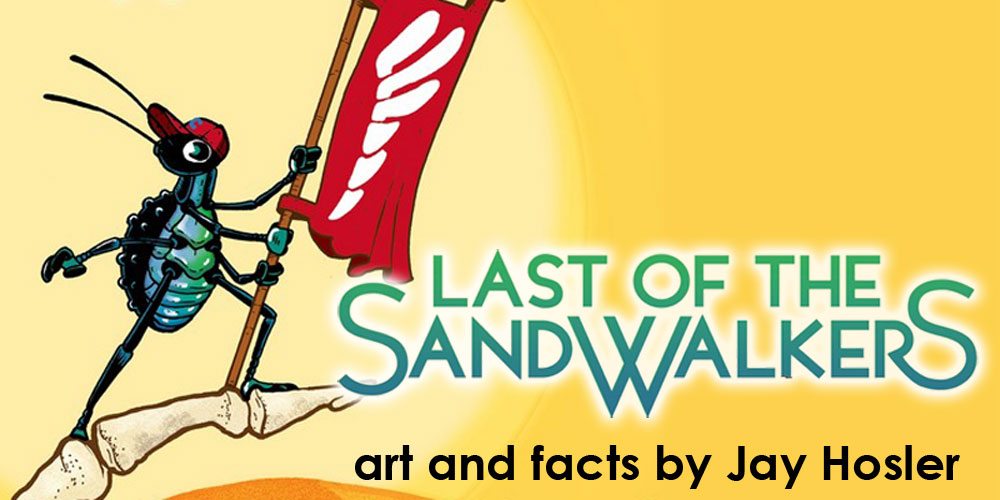 Jay Hosler is a biology professor and graphic novelist–definitely a geek dad himself. His first graphic novel Clan Apis, which blended scientific accuracy with talking bees, won a Xeric award. He returns to the world of insects with Last of the Sandwalkers, a graphic novel about a civilization of beetles–see this week’s Stack Overflow. He’s on a blog tour now, with fascinating insect facts and fun beetle art on each stop. Today he’s visiting GeekDad, with a little bit more about Ma’dog, a tiger beetle. 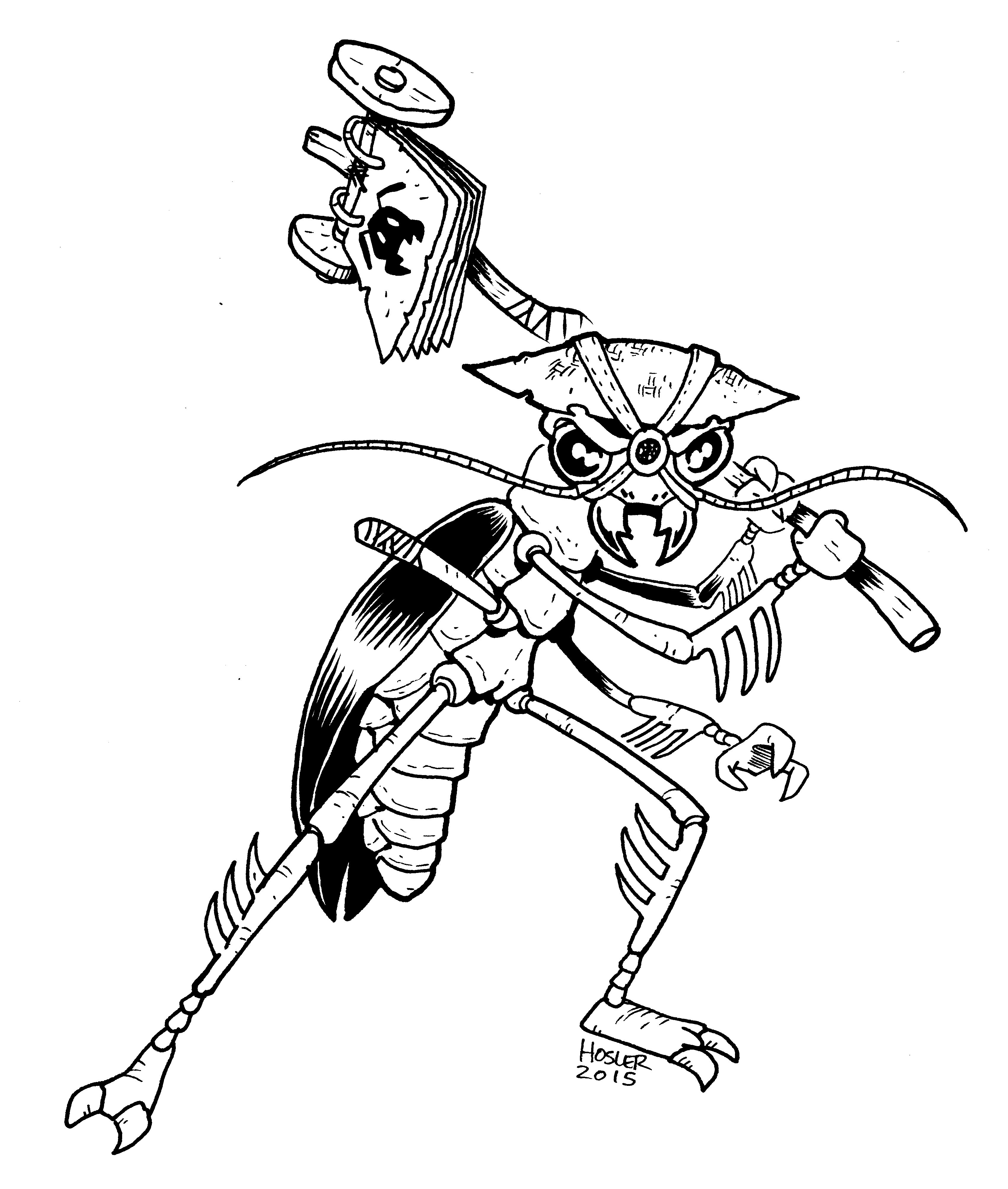 In the late 1990s I had the opportunity to meet a scientist named Cole Gilbert at a meeting of the Entomological Society of America. Dr. Gilbert was presenting a poster on his work with tiger beetles. He had noticed that tiger beetles hunt in a very specific way. When they spot prey, they run (very quickly), stop, reorient toward the prey and run again. This is repeated several times before they catch their dinner.

So, why do they stop so much? In his poster, Gilbert presented data supporting the idea that tiger beetles move so fast that their eyes can’t collect enough photons of light to create a sharp image. As he put it, they are blind when they run and have to periodically reorient to their target. This blew me away, but I never hunted down the original paper. Fortunately, National Geographic recently ran an article by Ed Yong about the Cole lab’s latest work. Apparently, tiger beetles use their antenna to keep from running into things during their blind runs.

Tiger beetles are voracious predators as adults and kids. As larvae, tiger beetles live in a deep vertical hole in the ground. These grubs have large flat heads that are the color and texture of pebbly dirt. To get food, they sit patiently in their hole with their head flush with the surface of the ground and wait to ambush passing prey. Like their parents, tiger beetle grubs are extraordinarily fast and they have powerful mandibles that ensure that their prey can’t escape their clutches. You can catch a glimpse of them in action in this video.

In Last of the Sandwalkers, Ma’dog is a tiger beetle with ancient connection to the beetle city of Coleopolis. As a trained Kama-Sheebay, he tells his story using the pictures on his story stick. Like most tiger beetles he can be aggressive, so if you don’t like what he has to say, you might want to keep it to yourself.

Hosler’s book Last of the Sandwalkers will be published by First Second Books on April 7.