Today we’ll be looking at another game that is currently live on Kickstarter: Salem. In the interest of full disclosure, this review is based on a video demonstration of a live game and a brief interview with the creators, Travis and Holly Hancock. I did not get the opportunity to try this game myself. 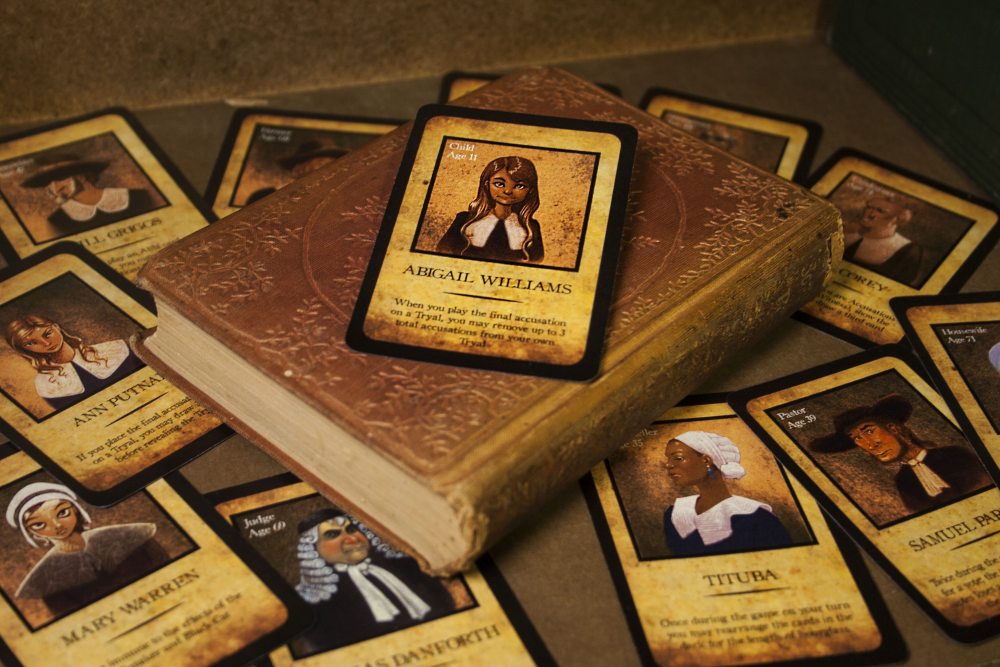 Salem, as the name would suggest, is a game about the infamous witch trials. This game is for anywhere between 4-12 players and follows the same basic formula as the popular party game Mafia. There are three specialized professions: constable, spy, and witch, and the point of the game is for either the townspeople to find the witch or for all of the townspeople to be killed. The rules are a bit complicated for a complete explanation here, so I’ll embed the video demonstration at the end.

The game moves pretty quickly, with much of the strategy taking place in the players’ decisions of whether to draw or play cards during their turns. Much like Mafia, deception is a huge part of the game. If the witch acts in a way to make people suspicious, it doesn’t take long for the townspeople to root them out. A evidenced by the creator’s statement that he prefers games of 7, this game seems like it would be more fun with larger parties. 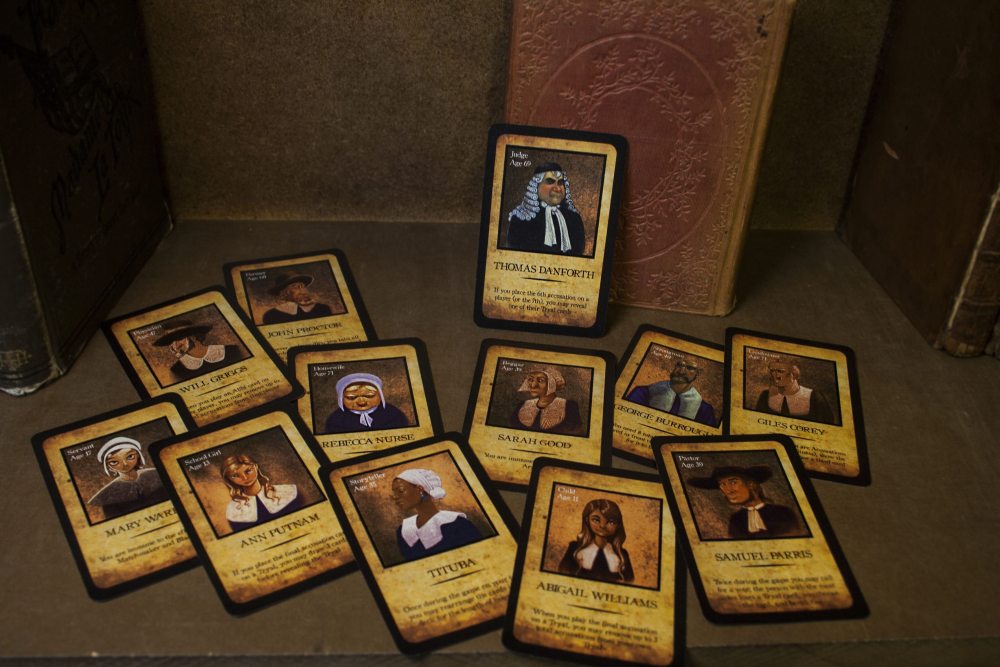 GeekDad: This game seems a bit like the party game Mafia. Was this a conscious decision on your part?

Travis and Holly Hancock: Yes. Growing up, I always loved playing Mafia at family reunions. It was the best kind of game: one that involved reading other people and hiding your own role from people who knew you very well. It was a challenge. Over time I grew frustrated over several aspects of the game. There wasn’t an official structure to the game, the game always required a moderator, someone always had to die right at the beginning, rounds could drag on forever, there was no way to partially accuse someone, etc. Salem aims to right these wrongs while still bringing forth a new game that captures the essence of the Mafia spirit.

I think Mafia is an awesome game, and I wanted to build off of it and improve the idea, while adding new ideas and game mechanics too. 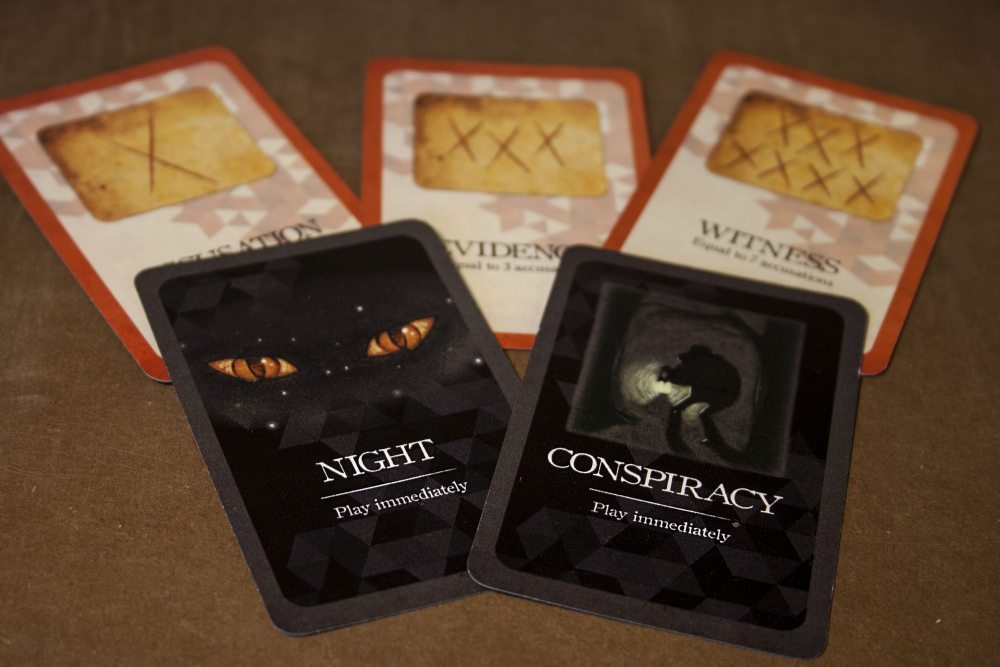 GD: What is the purpose of the Spy, as the video does not ever make use of him?

T&H: Spy gets to see one Tryal card during the Night, shown to him by the Moderator. If the Spy also has a Witch card, he is an “evil” Spy. 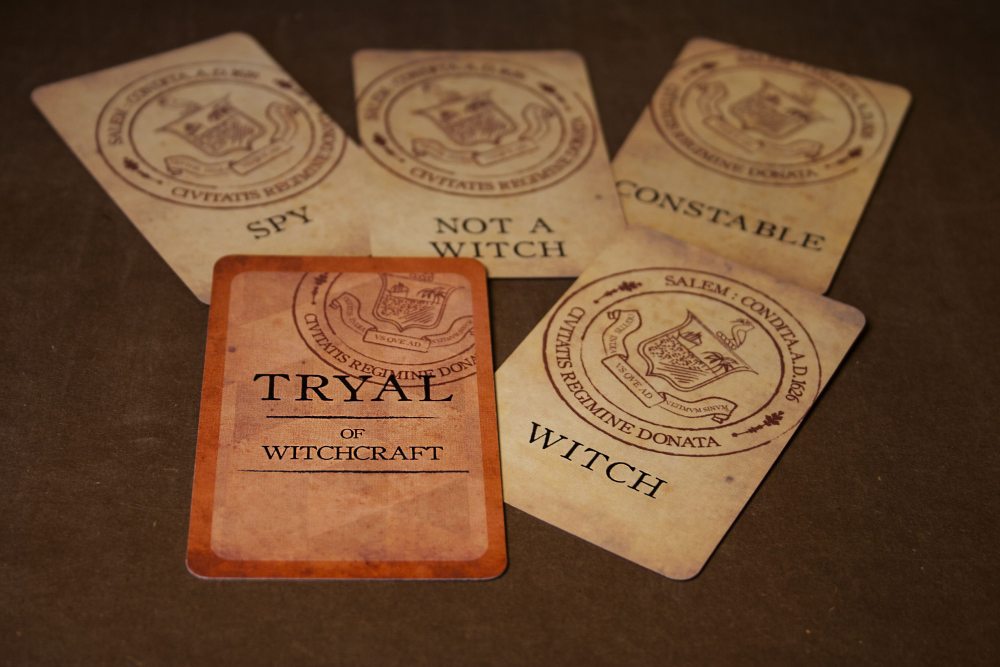 GD: You said your favorite number of players was 7. How do the dynamics change with larger groups?

T&H: I like that there are more people to read and more possibilities about who is working with whom. Seven players is when there starts to be 2 Witch cards, and I love trying to figure out the relationships within the game. It’s also easier to hide under the radar in bigger games, which I think can be a fun strategy for Witches, silently destroying the whole town. 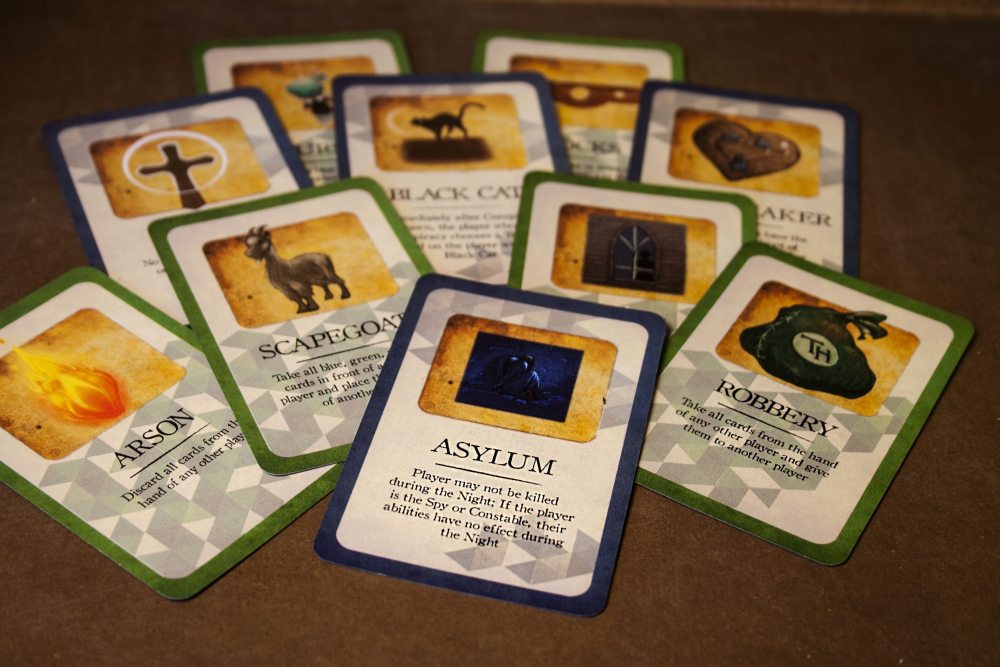 GD: Can you give a little information on the physical details of the Kickstarter? How will it be packaged and presented? Stuff like that–any details you think are attractive that may not be visible in the video.

T&H: Well, most importantly, the game will all come in a faux book box that can be put right on somebody’s shelf. In terms of the cards and hourglass, we wanted to keep them awesome and simple. The game comes in a small package, and we think that this will allow people to easily bring it with them to game nights, campouts, etc. 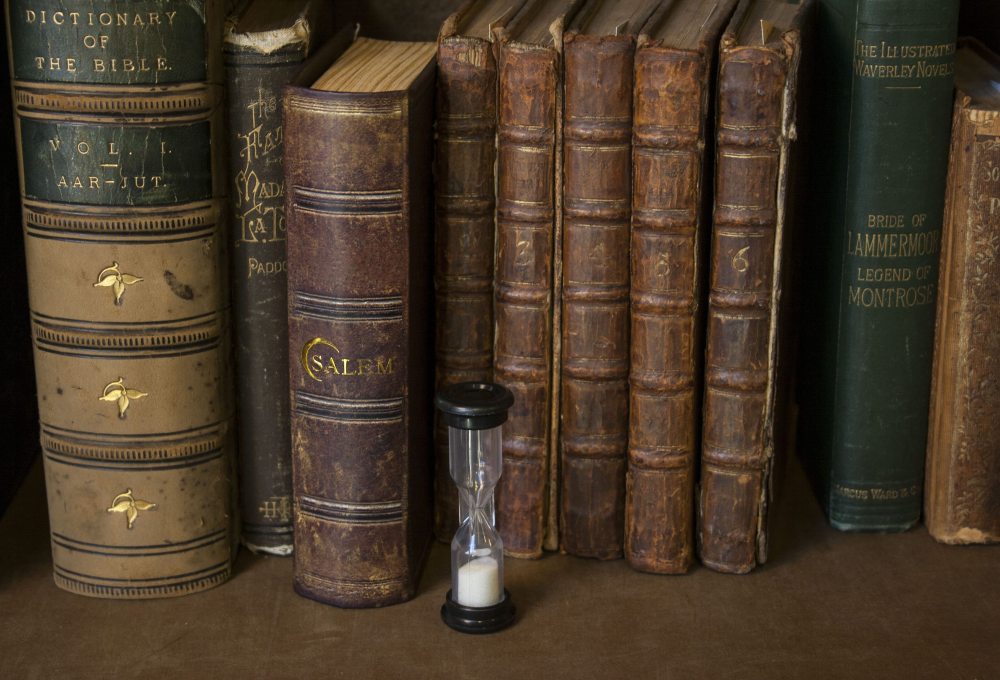 If you like party games like Mafia, this is a definite “buy” for you. The game revolves around deception, and the relatively simple style of play combined with the fast pace of the games makes it perfect for casual gamers and parties that are up for several rounds of the same game.

If you’re a hardcore tabletop gamer looking for something to sink extensive periods of time into, this may not be the game for you. But for everyone else, it’s worthy of consideration.

Again, please check out the Kickstarter for a full rundown of all Salem has to offer. 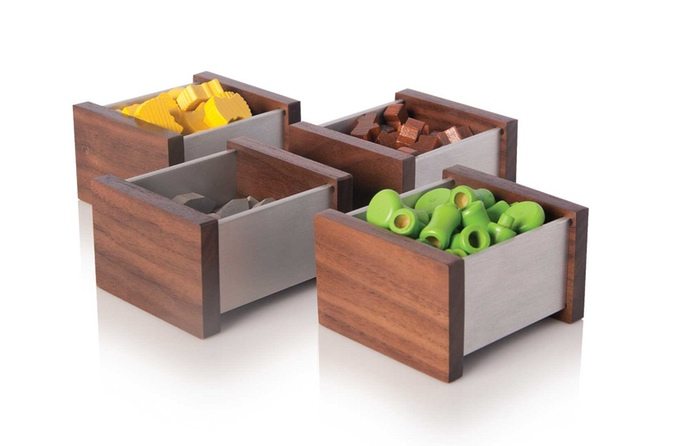 1 thought on “Kickstarter Tabletop Alert: ‘Salem’ – A Game of Deception and Witches”