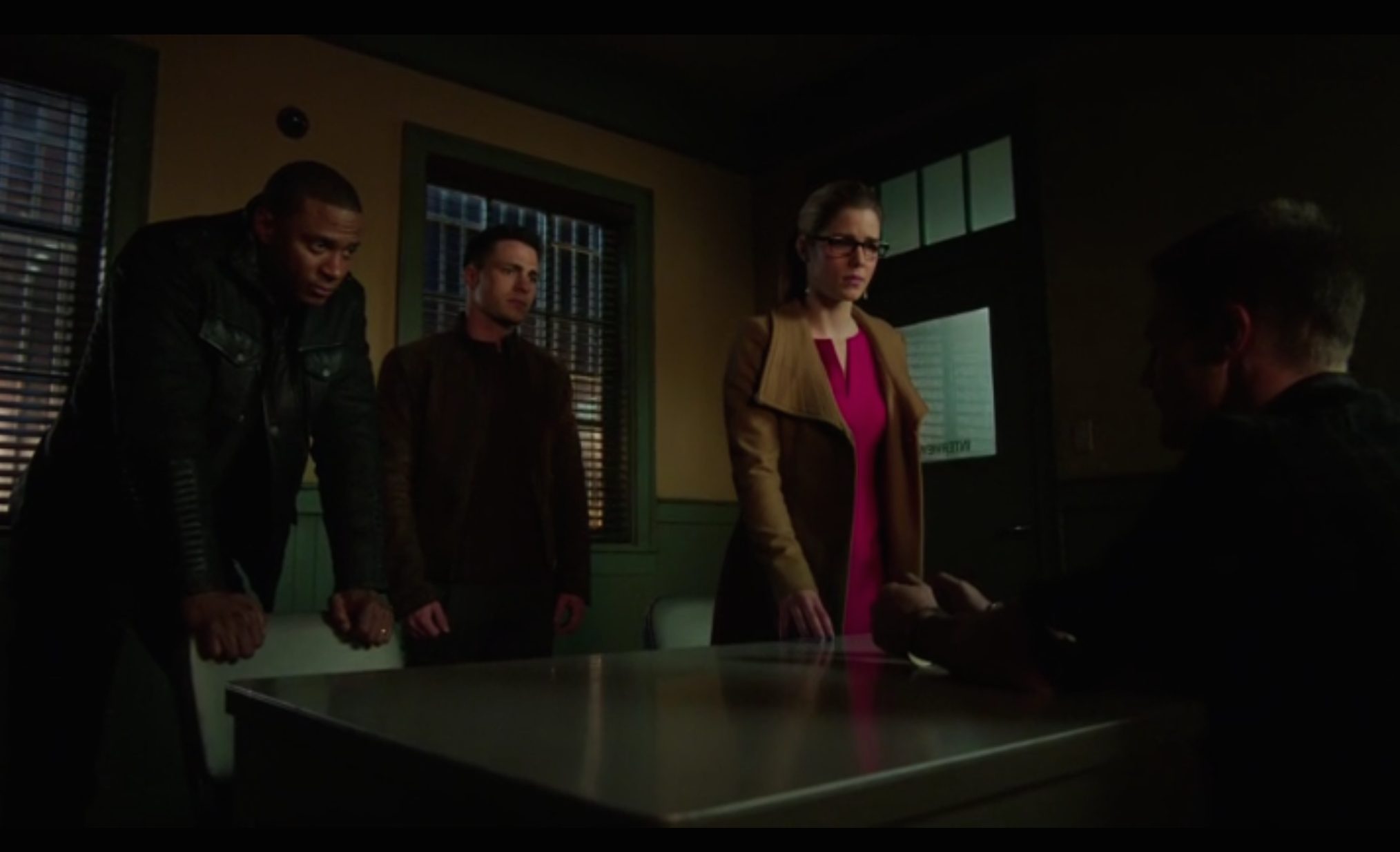 Mordechai: With six episodes left to the season, Arrow has very much just kicked off their third act in a major, major way.

Corrina: If by third gear, you mean the black moment where all seems dark? Yeah, they did that. In a not-entirely convincing way, but they did it.

Mordechai: Last week we saw the mayor take an arrow to the chest from Maseo, and this week we see that not only did the mayor die, but Ray was hit as well.

Corrina: Being Mayor of Starling is like being the Professor of Dark Arts at Hogwarts: you don’t last long.

Mordechai: We’ll get back to the main plot, but let’s focus on Ray for a bit. He’s rushed to the hospital, where we find out not only does he need surgery, but he has a blood clot that is preventing surgery. The good news is Ray just happens to have surgical nanites he’s been working on. The bad news is that this hospital works like a real one, so untested surgery is a no-no. Thankfully, Felicity’s mom is there to give her a pep talk and convince her to inject strange robots into her boyfriend.

Corrina: I wondered why Ray just happened to have that handy. Oh, well, I’ll give him that. He’s science guy! He can do any kind of tech. Doesn’t have to specialize or anything. Just look cute being science guy.

Mordechai: At least it was finally something shrinking-related. Last time I found Felicity’s mom annoying. This time? It worked. Even with the massive, massive “YOUR DAD WAS A BAD GUY” undertones.

Corrina: I liked Felicity’s mom! Go, Charlotte Ross. I could even see the personality resemblance a little bit last night between mother and daughter. Poor Ray. Stupid romance twist just when I thought Felicity had sense. But she hasn’t done much lately other than angst over Ray or Oliver.

It’s no coincidence that the best female character on the show right now, Nyssa, is totally absent a romance plot. But more on that later.

Mordechai: And it’s a damn shame, because Brandon Routh and Emily Bett Rickards have crazy chemistry. But since he’s going to be shipped off to his own show, should the pilot get picked up, I guess they need to be broken up.

Corrina: I was hoping Felicity was going with him. I guess I was being optimistic.

Detective Lance announces a manhunt for The Arrow, there are some pretty neat fight scenes, Lance is kidnapped, and then Ra’s outs Oliver to him. I was really, really hoping we were going to get a reaction of “I knew that.”

Corrina: Oh, if only Ollie knew a superhacker who could access cameras/sound feed and might be able to record Ra’s presence and threats in Starling City–especially since Oliver knows he’s walking into a trap at some point. Too bad said non-existent superhero can’t then upload the video of Ra’s claiming credit for the murders to the interwebs so it would go viral and support Ollie’s assertion of innocence.

In other words, the plotting needs work. I should be surprised and excited by plot twists, not sitting back and thinking “wow, Ollie’s being very stupid.”

Mordechai: With that noted, I do think Oliver’s actual plan, to turn himself in, was the best move. He could have proven he was not involved in court, and then just dealt with being an “out” hero. I mean, it’s not like he was using the Oliver Queen identity much. Let’s not forget that almost everything that’s gone wrong for Oliver is because he’s withheld key information from people. Full disclosure may have saved his butt.

But then Roy has to go and mess it up.

Corrina: I did like Ollie turning himself over to the police. Why not? Thea can protect herself, Mom is dead, and the company is in better hands. And it did make character sense for Roy to turn himself in, due to the guilt from last season.

However, we all know Roy’s not going to prison for long, so that plot’s a dead end. Meanwhile, mass murderer Malcolm Merlyn is still recovering on Thea’s couch. What would have been interesting is if he turned himself in, not only for the bombing of the Glades but for the murder spree.

Mordechai: Oliver copped a pretty quick plea to get immunity for his four associates (including a person in the DA’s office who aided and abetted him as a fugitive!). One wonders why it didn’t occur to him to trade on the Merlyn chip. With his identity public, there is zero reason to let Malcolm blackmail him. Ra’s just took the only thing keeping Oliver in check off the table.

Also, in the flashbacks, we get to see Katana actually fight. YES! Tatsu has been so wasted on this show.

Corrina: I’d be more excited if I weren’t thoroughly bored by the flashbacks this year. Hello, strange man running from scary men, come to my house and stay with the child because you claim to know my sister. So random. At least she called the police, even if that was the wrong thing to do.

Corrina: Shado’s sister just reminded me that not only was last season’s plot based on a woman in the fridge but so is this season’s overall plot. There were better uses for Sara and Shado than this.

On the positive side, I like Laurel and Nyssa sharing scene space. It’s the best Laurel has been in a long time. I attribute this to, one, Laurel has her own storyline, not tied to Oliver at all, and, two, Nyssa rocks. (As does Katrina Law. She’d make a great Wonder Woman, I think.)

Also, once more, Laurel is better in scenes with excellent actors like Katrina Law and Paul Blackthorne. Amell is okay but he can’t pull the emotion out of Cassidy like they do.

Mordechai: I think Amell is excellent as Oliver Queen because he’s supposed to basically have that one emotional intensity setting – but Katie Cassidy just doesn’t play off it well. Pity she’s not slated for the spin-off as well.

I also want to note that there were two interesting lines this episode. First we had Diggle commenting that the Arrow Cave was no longer secure. Seriously? When was it last secure? They should have moved that thing a season ago, at least.

Corrina: They went to Diggle’s place to hide. LOL. Since Captain Lance knows that Ollie is The Arrow, he could, oh, check the homes of Oliver’s known friends, like John Diggle.

Mordechai: Also, while Nyssa is certainly the strongest woman on the show, I’m kind of impressed by Thea. Especially in this one scene:

What else? So much. You should be used to being patronized to, Thea. But hooray for your standing up. Please keep it up.

I’m sure the Arrow (and for that matter, Flash) writing teams hate our reviews, if they’re even aware of them.

The thing is, so much of this show is solid. If we didn’t enjoy it on some level, we wouldn’t be watching it (see: Gotham). But the frustrating level of Plot-Induced Stupidity and Manufactured Drama is, well, frustrating at times.

Corrina: I’m not sure. I may be approaching Gotham levels of frustration here. (Can’t you tell?) We’ll see how it ends the season.

Mordechai: I want to know how the heck Oliver (and Roy) are getting out of this.

Corrina: It probably won’t consist of a brilliant plan but it will have great stuntwork. 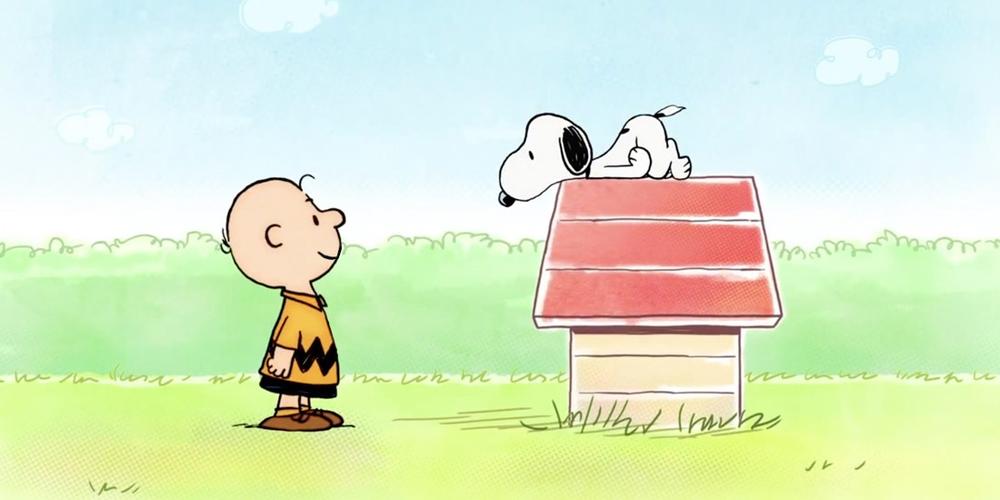 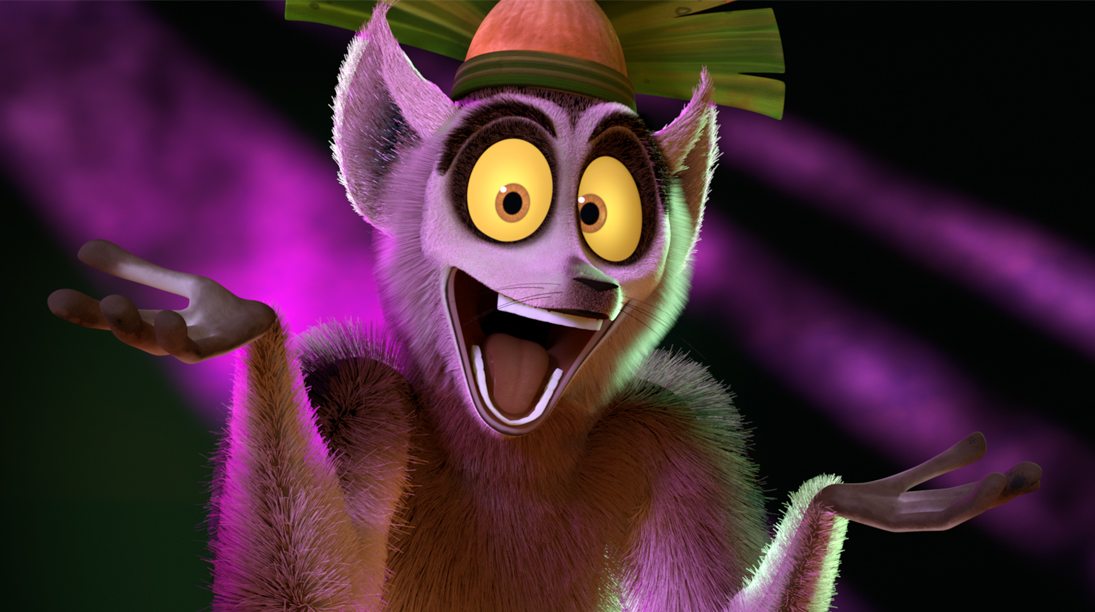 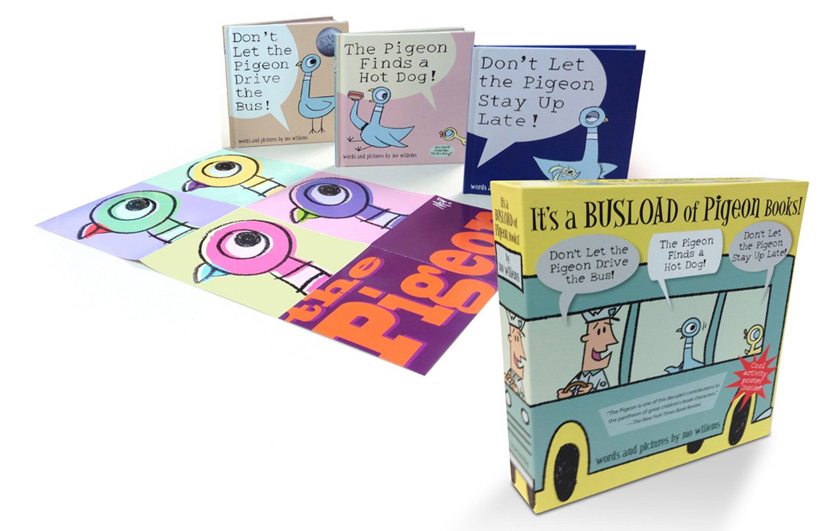