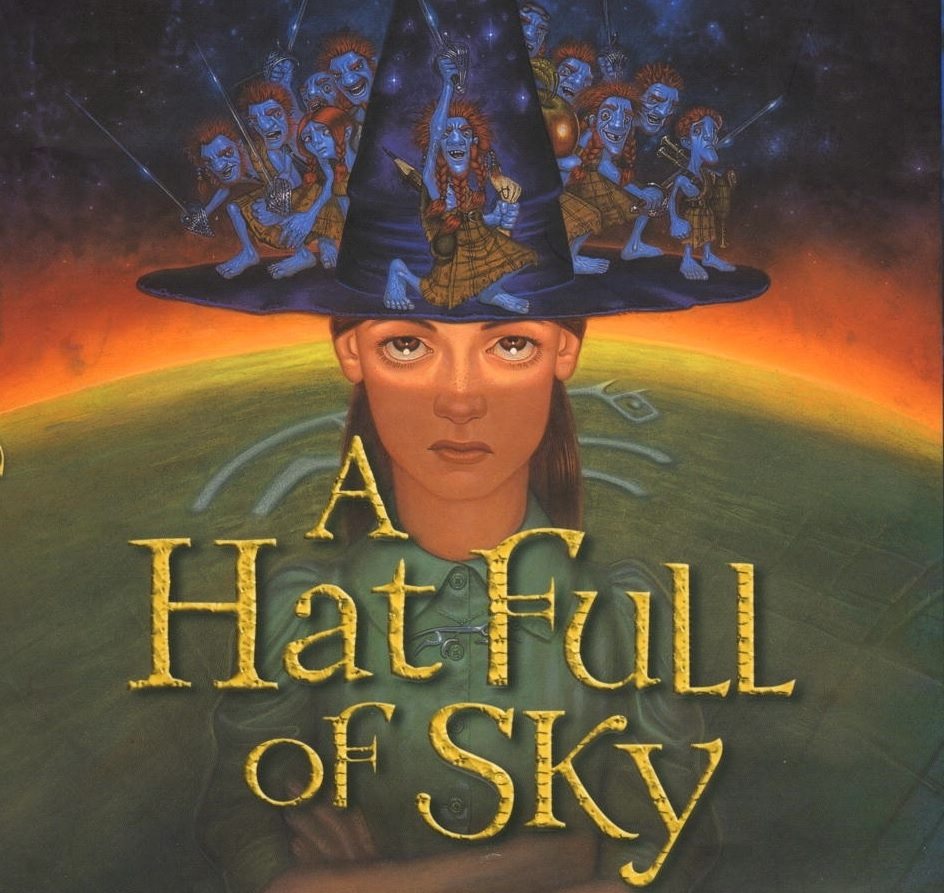 Usually when you read books as a kid, you don’t care whether the author is alive or dead. You don’t care about authors, at that. It is with some surprise that most kids realize a person is behind some of their favorite stories.

You may argue that in these times of over-exposure and movie adapting fame, they do recognize and know who the writer is (like Suzanne Collins’ The Hunger Games trilogy), but they probably don’t relate to them. And that’s a pity, because in the case of Sir Terry Pratchett, they would have absolutely loved him: his fantastic sense of humor, his views of the world, and his brilliant arguments are something everybody should know about.

Pratchett, who passed away earlier this week, was a terrific writer, with more than seventy titles to his name, most of them for adults. It was in the last part of his life that he decided to aim for a younger audience, including some young characters and stories in the fantasy Discworld series. 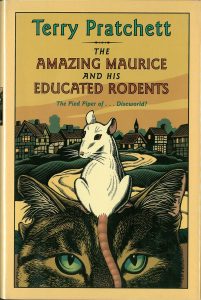 His first YA book set in that world was The Amazing Maurice and his Educated Rodents, published in 2001. A twisted take on the Plied Piper, it follows a very intelligent cat, some incredibly brilliant rats, and a boy who plays the flute, in their adventures from town to town, where they do a “rat plague” scam. The story is somewhat dark, (they find a place where rats are hunted viciously, and set to find out why), full of adrenaline and witty dialogue. The rats are learning to read, and Maurice the cat likes to think himself as the leader of the group. The book won a Carnegie Medal the very same year. 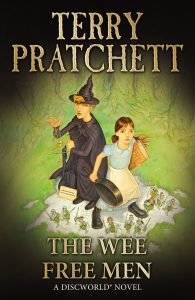 The Wee Free Men was published in 2003. Introducing a band of fascinating and bluish rogues – the Nac Mac Feegle – it follows the adventures of a very young Tiffany Aching, who sets to recover her spoiled brother from the realm of the Queen of the Fairies, (a very nasty lady). After this encounter, which leaves her firmly convinced that your personal problems must be solved by yourself, Tiffany goes on to the next book to be trained as a witch. 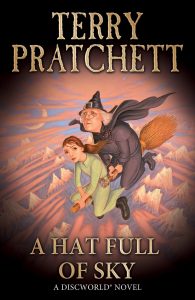 A Hat Full of Sky came out in 2004, and it’s set two years after The Wee Free Men. It features an 11-year old Tiffany Aching, who must leave her chalk country and train with the best witches in the Discworld, the witches of Lancre. This is no easy task, since the witches are tough: they are the protagonists of their own stories in the adult Discworld, have lots of power and lots to say about her. Tiffany shows them that she deserves her training: the title of the book alludes to the fact that you don’t need to own a fancy black hat to prove who you are.

Wintersmith, the third in the series, was published in 2006. 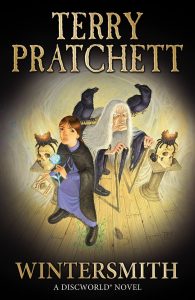 Tiffany is now 13 years old, and is training with the witch Miss Treason. When she takes Tiffany to witness the secret dark Morris – the Morris dance that welcomes in the winter, Tiffany finds herself drawn into the dance and joins in. That will cause Winter to confuse her with Summer and follow her around, thinking himself in love. As a suitor, Winter proves is a deadly force of nature: his idea of being romantic is carving every snowflake in the world with the face of Tiffany, (she finds that bit flattering), and then refusing to leave, freezing everything around him and putting her and her loved ones in danger.

The way Tiffany solves her problems undoubtedly proves she is, indeed, a witch. In Terry Pratchett’s world that means taking all the responsibility for your actions, and never lying to yourself, (you can lie to other people, or let them believe what they choose to believe, an art the witches call “headology”).

A fourth book, I Shall Wear Midnight was published in 2010. 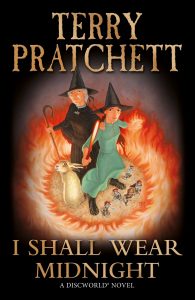 The Nac Mac Feegle, also known as Pictsies, are a rowdy bunch: they follow Tiffany around, proving their loyalty to her by protecting her all the time, whether she wants it or not. There is a rogue cheese that wears kilts and lives with them, they like fighting, drinking and their freedom above all things. Some of the best scenes in the books are about them.

A fifth and last book will be released posthumously, concluding a fascinating journey that started with a small girl and finished with a young woman in charge of her life.

Discworld is, in Pratchett’s words: “a place for things to happen in.” He wrote forty novels set in that world, sometimes publishing two in a year, and yet he wouldn’t have liked the idea of that land as a fixed thing. In the end, some of his characters where so well-known and loved by his fan base (Sam Vimes, Death, or my personal favorite: Granny Weatherwax) that he decided to take a new route to avoid repeating himself, and that’s when Tiffany Aching came to life. In some of his last articles (published in A slip of the Keyboard) he stated that the fate of Tiffany Aching was something very important to him.

You didn’t have to know him or the world he wrote about to start reading him, but once you started, his stories would always leave a mark on you. He changes the way you see the world. In a way, that is what being an author is all about: the person behind the words disappears, and the stories are the ones that remain forever. Thankfully, we can share him with our kids, ensuring that his words will pass on to the next generation.

2 thoughts on “Cool Books to Share With Your Kids: Terry Pratchett”