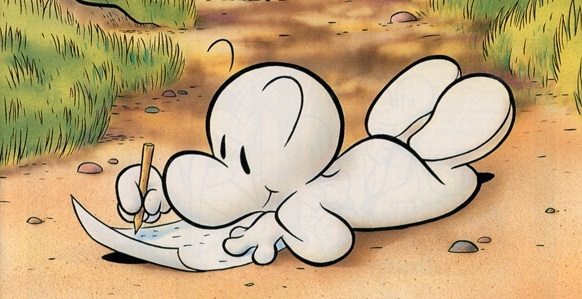 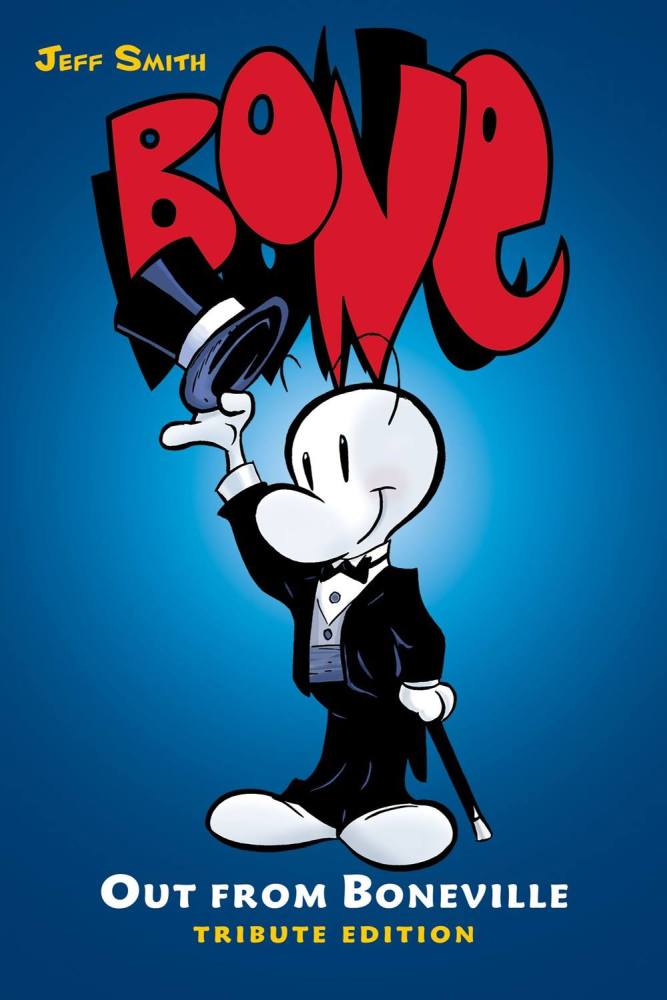 Technically, the Bone cousins first left Boneville a whopping 24 years ago, if you can believe it. Jeff Smith self-published the first comic of the saga (under his Cartoon Books banner) in 1991.

But that was in black and white. Ten years ago, in 2005, they left Boneville again—in color—and Scholastic launched the Graphix imprint in the process, which has since become a wellspring of fantastic, kid-friendly graphic novels. (Seriously, I haven’t found a bad book yet.)

On February 24, Graphix will celebrate its 10th birthday by publishing a brand-new hardcover edition of the first graphic novel in the series: Bone #1: Out From Boneville (Tribute Edition).

What’s new? Well, aside from a new cover featuring Fone Bone dressed to the nines in a tux, you’ll find the following gems among 32 new pages: 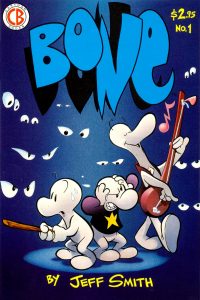 If you’ve never read Bone, this is obviously the place to start. The first book in the (nine-book) series is all charm. We’re introduced to the Bone cousins (Fone, Smiley, and Phoney), Thorn, Gran’ma Ben, Lucius Down, and the Great Red Dragon. Later books dive deep into the history and mythology of the world and focus on the war against the Lord of the Locusts, but this first book? Well…

I defy you to read this without a stupid smile plastered across your face. It’s a pure delight from beginning to end.

The big question, though, is: If you already own Out From Boneville, do you need this new edition? Well, if you’re a completist, then you won’t even be asking this question. You already have it preordered. For everyone else? It’s a tough call.

I think Jeff Smith’s new poem and the tribute gallery are well worth the price of admission alone. The pieces by Kazu Kibuishi and Raina Telgemeier are particular highlights. But they’re relatively minor additions to the book, and they’re not “essential” in any way.

If you buy it, you won’t be sorry. The book will make a lovely addition to your bookshelf beside the standard version. If you just check out the new pages at the library, no one will judge you and you’ll be happier for it.

What amazes me most is that after seeing 6.9 million copies (of just the Graphix color editions) in print and winning an astounding 10 Eisner Awards and 11 Harvey Awards, Jeff Smith is still one heckuva nice guy. (Shameless cross post to an adorable interview my daughter did with him at last year’s National Book Festival.)

Here’s to another ten wonderful years!

Con Man Is a Love Song to Fans 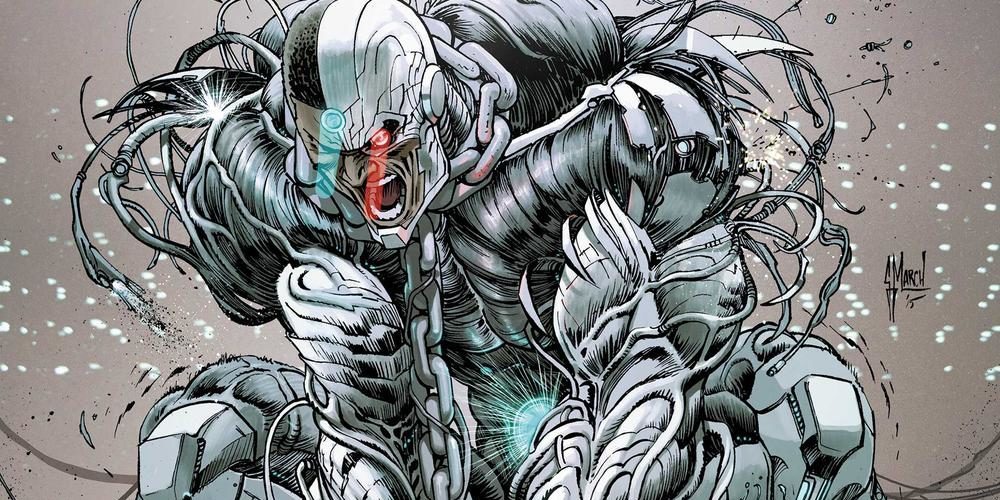