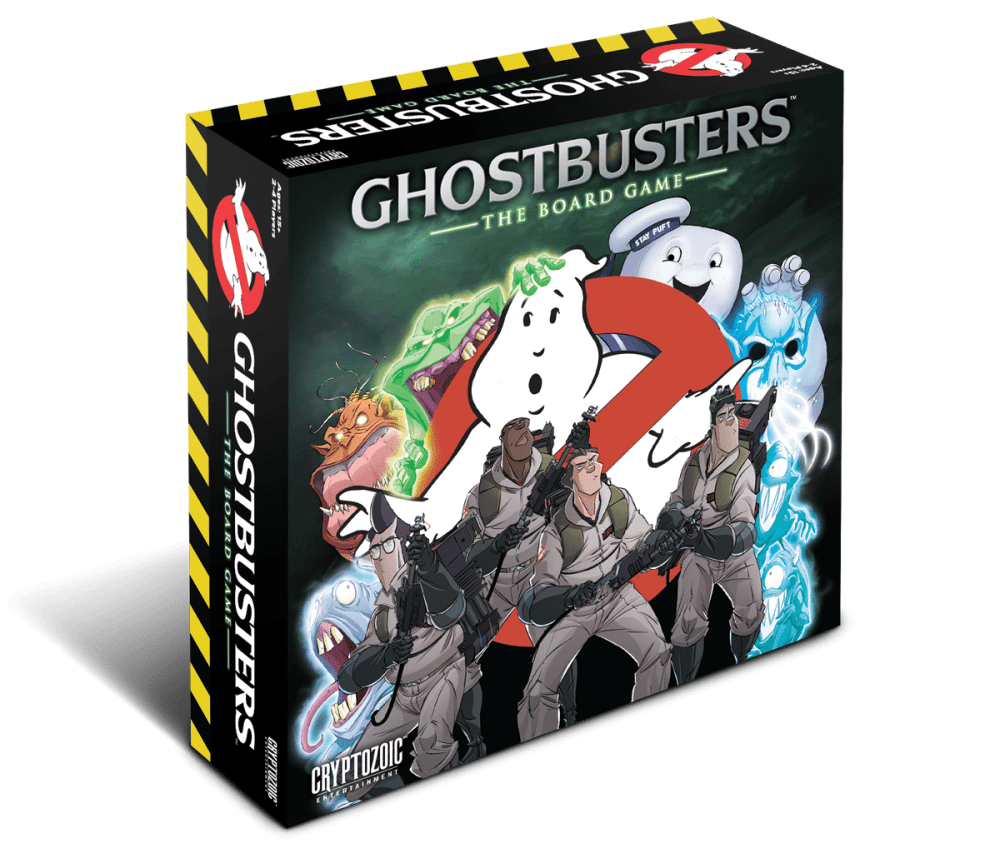 There’s something awesome in the neighborhood. Cryptozoic Entertainment has just taken their latest Kickstarter campaign live, and it’s no less than a board game based on the classic 1984 movie Ghostbusters. It’s not cheap, but it looks great and sounds like a lot of fun.

It boasts “highly cooperative gameplay,” in which 1-4 players (yes, there is apparently a solitaire mode) each play one of Peter Venkman, Ray Stantz, Egon Spengler, or Winston Zeddemore. Each has unique talents to help the team through one of the pre-written scenarios that come with the game, and can level up as the game progresses to acquire more skills. And of course players can travel in the Ecto-1 to get places quickly.

The game comes with figures for each of the Ghostbusters, the Stay-Puft Marshmallow Man (of course), Slimer, and various other supernatural beasties. They promise add-ons to come later down the road, which is good because games based on pre-written scenarios often become a bit repetitive after enough sessions. The scenarios, they say, range in difficulty and should take between 30 minutes and two hours to complete.

The Kickstarter campaign, which started earlier today, has a goal of $250,000 and is as of this writing about 38% funded already. The base game will set you back $80 + shipping, and to get the deluxe edition will cost $125 + shipping. As I said, it’s not cheap, but the production values look really good (cartoon art is done by Ghostbusters comic book artist Dan Schoening), and hopefully the gameplay will be as well. I hope to get a review copy as soon as they’re available so I can find out. The game is listed for ages 15 and up, but I don’t see anything that my 12-year-old daughter couldn’t handle, so as usual it depends largely on the specific kid in question. 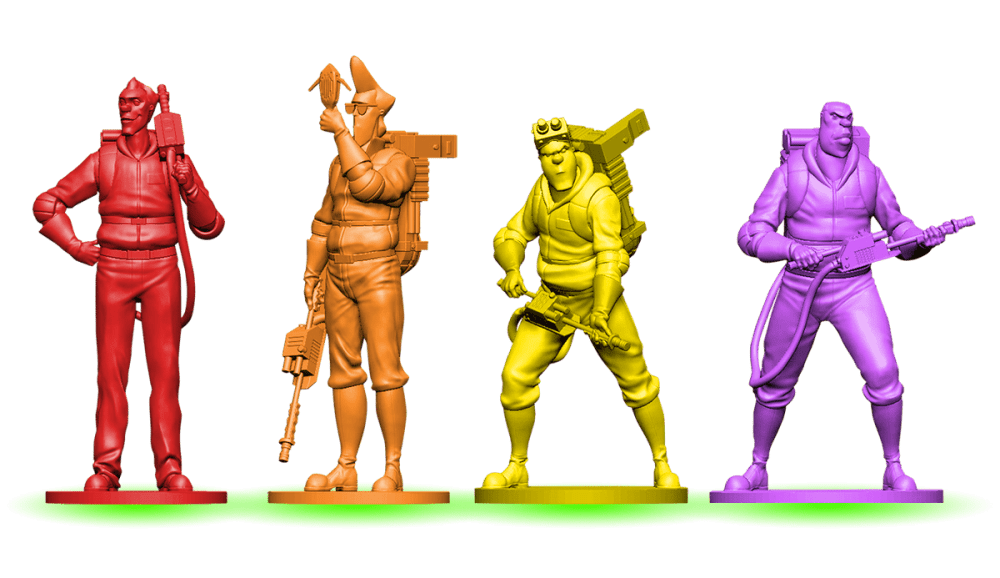 The video (see below) is pretty fun, tying familiar scenes from the movie to the game. No mention is made of a walking Statue of Liberty, so I think we can safely assume that the disappointing Ghostbusters II was not a major influence on the game. Anyway, I encourage you to check out the Kickstarter, and, if you can afford to, back it. I have already, and neither my kids nor I can wait for the game to arrive (estimated to be in October of this year). 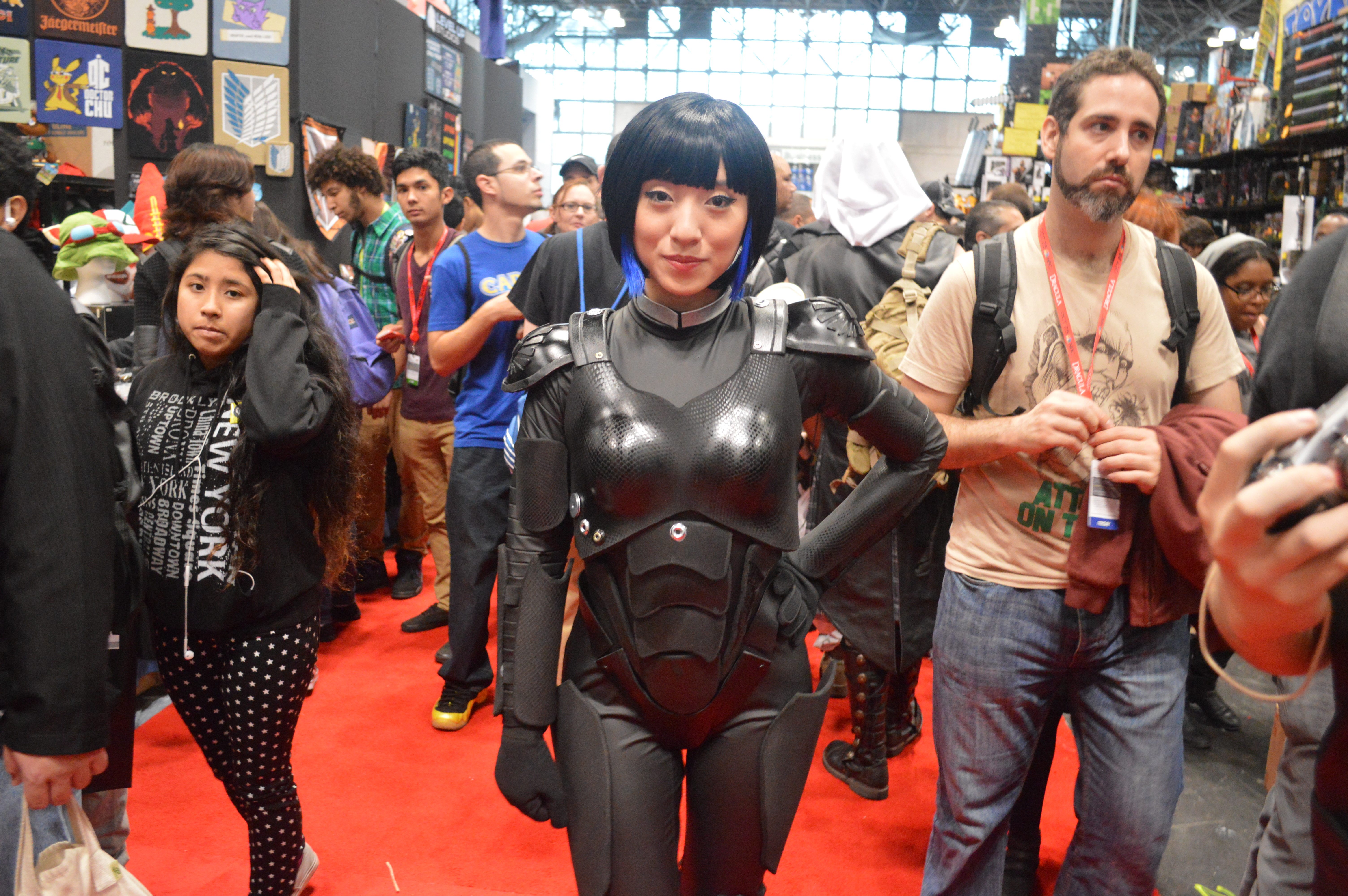 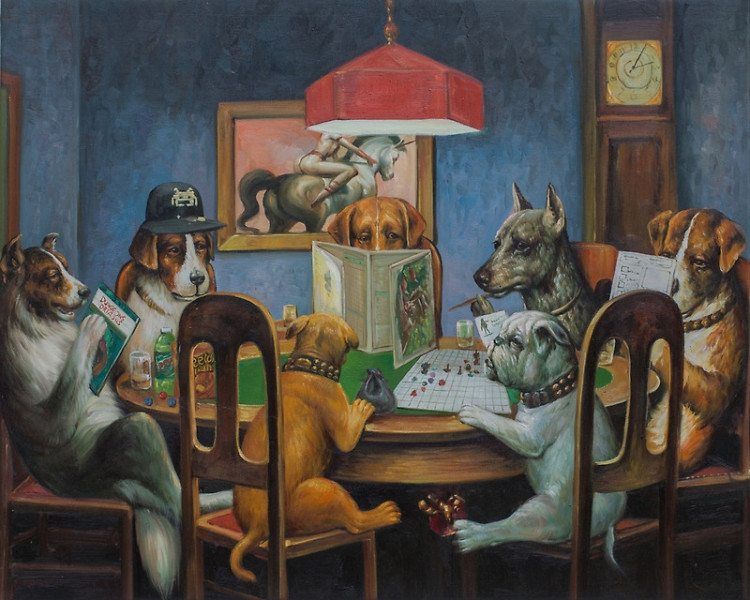