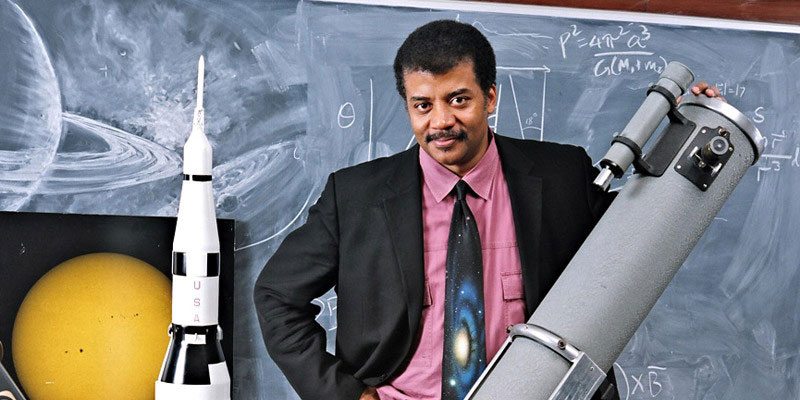 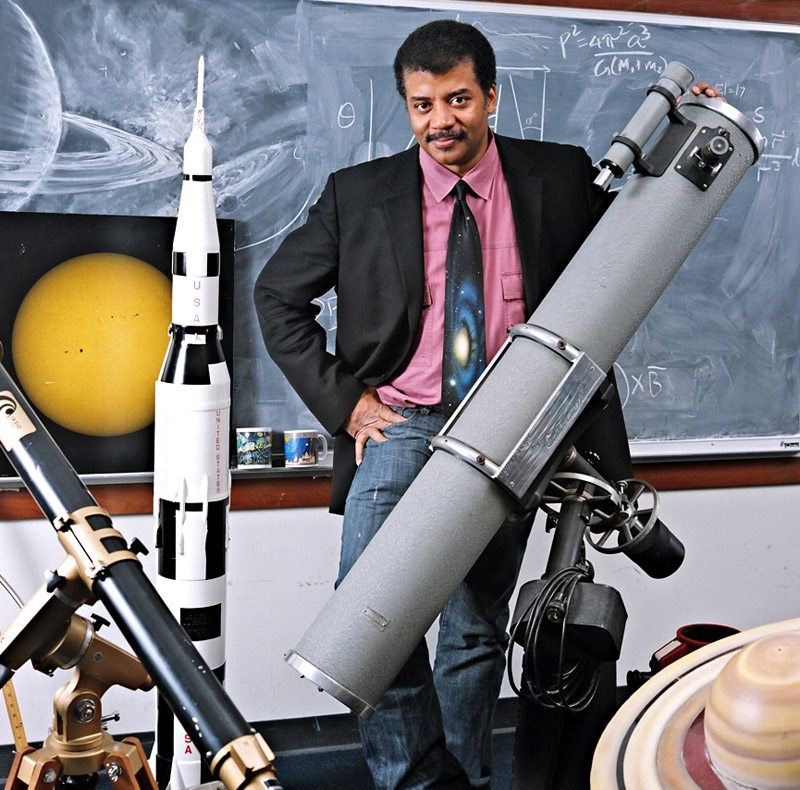 When I was a kid I was an enthusiastic dreamer, a stargazer in the sense that I wanted, more than anything, to someday be an astronaut. I loved looking up to that starry night sky and contemplating what lies within and beyond. While I never did manage to reach the stars in the physical sense, I am forever entranced with the magic of the night sky. Exactly where my love for the stars came from, I couldn’t say, but last week I was reminded of the power of that cosmic wonder once again, as Neil deGrasse Tyson took the stage to wax poetic about life’s, no, the universe’s most awesome mysteries.

What happens when an astrophysicist graces the stage of the Grand Theater at Foxwoods Resort Casino, one of the world’s largest casinos where some of the biggest musicians once entertained thousands with rock-star energy? He brings another kind of energy all together. Physics!

To begin the show, Tyson’s lovely parents proudly walked on stage to introduce their son. The sold-out audience was ready, and erupted as Tyson confidently walked out into a venue best known for huge musical acts and comedy shows. The first thing he did was remove his loafers, setting the scene for a night of communal science and shared wonder. His MacBook screen went up, a sticker of van Gogh’s Starry Night on its cover, and we were ready to begin. Class was in session.

This wasn’t class actually, this was church, and Tyson was about to unleash a three-hour sermon on the universe and our place within it. The first words he spoke were a warning, a caveat to the night ahead. This was a science lecture. On a Friday night. At a casino. He just wanted to make sure his audience was aware of the irony, and indeed we were. Tyson is no comedian, but his dad-humor and contagious enthusiasm had the room buzzing throughout the night.

I’m not going to recount everything Tyson said or each idea he planted into the minds of this captive audience. What he had to say was profound, enlightening and endlessly fascinating. His two-hour lecture, complete with video and PowerPoint, included greatest hits of cosmic science and Neil deGrasse Tyson lore. Tyson covered everything, from his Pluto controversy, Cosmos, the multiverse and the Chelyabinsk meteor to his cameo in a Superman comic, a reading from Carl Sagan’s A Pale Blue Dot, Mars One and the problem with terraforming. To hear some of what he had to say, I recommend catching up with Cosmos on Netflix, listening to his StarTalk Radio podcast or being on the lookout for a live appearance near you.

For me, the most incredible moment of the night was Tyson’s warning at the start of the show. His question, double-checking that this huge audience knew they paid good money for a Friday night science lecture struck me as moment of self-awareness, where all of us in that room looked around and proudly regarded each other as geeks. We’ve hit the big time, and our Elvis was about to perform.

As Wayne Newton has for so long entertained tens of thousands of Vegas casino patrons, Neil deGrasse Tyson proved that science is just as catchy as “Danke Schoen.” The last hour of the show was a Q&A in which Tyson answered questions on all subjects from an audience of all ages. When a twelve-year old girl hopped on stage and asked about Hawking Grey Holes to much applause, it hit me. The wonder that drove my childhood, eventually manifesting itself once more as a love for film, that wonder, the same as this young girl and this massive audience experienced that night is truly the most awesome thing in this universe.

An Emmy Category All Geeks Can Get Behind

Big Week for Rush: Score Award, Serve (the Other) Rush, and Steampunk Inspired Album Up for Pre-Order