For actor Elijah Kelley, playing an animated character was a new experience. “I’ve never done a voiceover, like, before in my life,” he says, explaining that his character, Sunny the Elf, was physically demanding. “I thought that it was gonna be so easy; I thought it was gonna be a piece of cake, but I would go in there and guarantee you, I would leave lightheaded and sweaty.”

Sunny is one of the central characters of Strange Magic; his actions reverberate through the movie. Kelley says “I see him sort of the nucleus of trying to get everything together, and pulling everybody together, and trying to save the day, and messing up the day, it’s, you know, it’s a lot like me.”

Commenting on the theme of the film, Kelley says “I think that the wiring of love is just so weird, and the fact that people can go to the ends of the Earth to capture something like that is, that’s very, very inspirational.” Love, he says, is what makes Strange Magic a universal story, one that everyone can relate to. “I know probably everybody in this room has been around somebody that you just look up and you find yourself attracted to; you don’t even know how to say it or what to say, or you know… it’s like, I don’t even know how to function in this relationship, but give it time.”

Kelley, previously seen in Hairspray and Red Tails, is a multi-talented actor, singer and dancer. He grew up in a small town called LaGrange, Georgia, south of Atlanta, on the Georgia/Alabama line. “My musical background started in church,” he tells us, “I grew up in church all my life. My mom was in ministry; my dad was in ministry, so we had a traveling singing group that we go all around the southeast to different churches and we would just sing and congregate.” 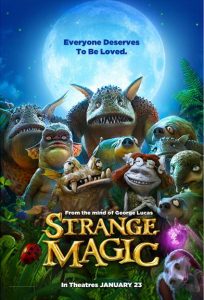 Once he was cast in the film, he began to exercise some influence over the look of the movie. “The funny thing was, the first time I came up here, all the elves in the forest, they were all- everybody looked the same, they were little white elves. And I was like, okay, somebody’s gonna have to get some tanning lotion, put in a super soaker and just spray everybody.” Asked to describe Sunny’s defining characteristics, he says “Sunny doesn’t quit. This is a quality about him. Once you understand that there’s a task at hand, you can’t stop until that task is finished. So throughout adversity, throughout trial, you have to keep going, and I think that’s something that Sunny carries.”

“The difference between doing a voiceover in a movie and a real movie is you can literally look horrible. You can look like crap. You can just go in the studio and be just the most disgusting looking person ever, but nobody will ever see you,” he laughs, though he goes on to say that acting for animation is in other ways more difficult, since “you’re creating a universe, and you’re reacting to a universe that you don’t get to see, and that’s, that’s really, really, really difficult.”

Now that his work on the film is completed, Kelley has moved on to other projects. “I’m producing an album for a group- it’s a Somalian duo- their names are called Faarrow. They’re the first young ladies from their country to get an international record deal and they’re signed to Warner Bros., and I’m producing, songwriting and pretty much the whole package of their record; and I’m working on my own album.”

Aside from singing and acting, Kelley has another pet project, the Elijah Kelley Foundation. “Basically what we do is I try to be a liaison between underprivileged kids back from where I’m from and their dreams in arts and entertainment. And so during the tenure that we’ve had the non-profit, I’ve given out four scholarships over the last five years with students from low-income housing that are going on to pursue careers in performing arts, from the Savannah College of Art and Design to a small- there’s a very small, great art school in Georgia called Gordon College. My old high school, Troup High School, my plan is to go back and to take the K through 12 for two weekends to go see the movie. We’re working that out right now. And right now, I’m trying to break ground on a performing arts school for them.” 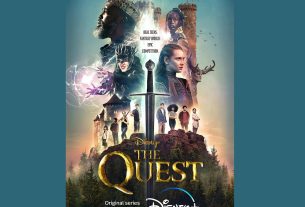 Teenagers Compete in a Fantasy World in ‘The Quest’ on Disney+ 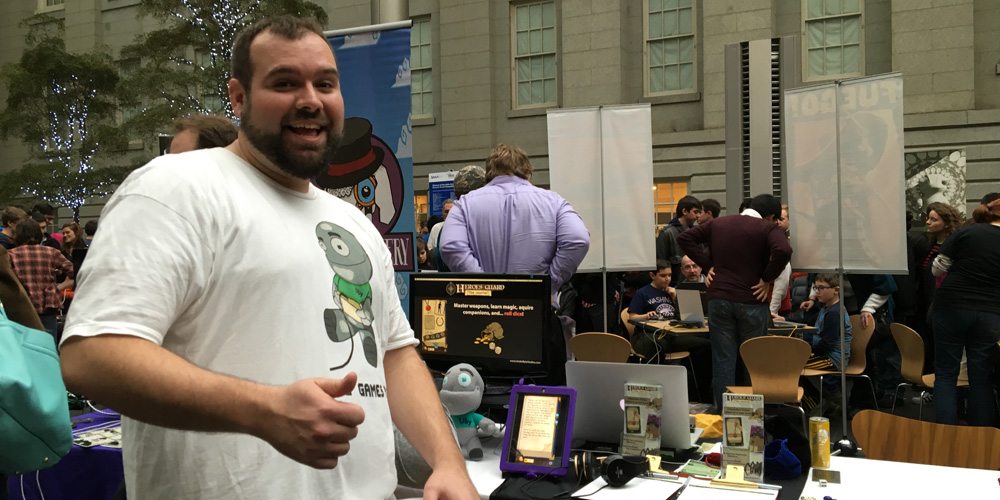 So You Want to Be an Independent Game Developer…