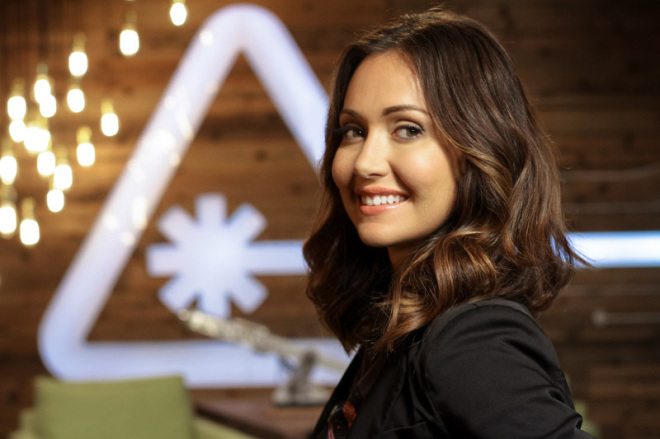 Hi there, GeekMom Mel here. If you are anything like me, you like to get your geeky news with a dash of personality, don’t you? A dash of, dare I say, humor? Well, over at Nerdist.com, Jessica Chobot provides just those things on her Nerdist News segments. She’s covered everything from James Bond to my personal favorites, Star Wars and Godzilla, and she does it all with enthusiasm, fun, and attitude.

Not only is Jessica a fellow nerdy woman, but she is also a mom. Since that makes us pretty much kindred spirits (right? right?), I figured I’d take the opportunity to ask her a few questions about…well, a little bit of everything!

GeekMom Mel: How did you get started with Nerdist News? What’s been your favorite news to cover, and/or the weirdest?

Jessica Chobot: I started with Nerdist shortly after I ran in Chris Hardwick at the Comedy Central offices. We just randomly bumped into each other in the lobby. I was starting to find my way back into the workplace after having my son and we got to talking about that. I mentioned that, while my son was an adorable bundle of cuteness, I definitely needed to get out of the house and find something to do with myself besides changing nappies. He took pity on me and shortly after our meeting I did some freelance work for them which then led to the full time gig at the company.

The highlight working at Nerdist so far was working E3 this past year, which I believe was the first time Nerdist had a booth there (I might be wrong on that though). Video games are still very much my jam, so to be able to go and be on set again with a whole new group of people was an incredible treat. Everyone was exhausted but excited and I’d say we did a stellar job having a positive presence at that event. I would place that under my favorite news to cover.

As for the weirdest… hmmm… Everything is pretty odd. It’s not “news” but we did do an interview where I interviewed Michael Rosenbaum and the interview slowly but surely devolved into us talking about farts. It was pretty much the highlight of my career.

GMM: If you had to pick one favorite realm in the nerdiverse, what would it be?

JC: If we’re talking a place to live, I’d choose the Citadel in Mass Effect – but ONLY during peace time. I’m in no hurry to be murdered by a Reaper.

If we’re talking about a nerdy type of thing I’m into, then I’d still have to choose video games. Now that I’m a mom and have even less time to dedicate to my personal pastimes, video games is the one thing I always go back to. That and murder mysteries. And the paranormal. And Korean dramas.

GMM: How has parenthood changed your experience of being a fan, gaming, and things like that? Do you think about things differently, have you had any changes of heart?

JC: There are two things that, as a gamer, have changed for me since becoming a mom. One, the amount of time I have to dedicate to my gaming. Titles that should normally take 5 hours now take 10 or more (if I’m even able to finish them at all). Plus, because of the time crunch, I only dedicate myself to games I’m REALLY into and don’t bother trying to keep up with everything anymore. My mobile gaming has also skyrocketed, mostly due to convenience. Two, I try not to play anything where I know children will be shown suffering. Even then, something will sneak through the cracks and I’ll end up crying for days afterwards every time I think about it. Bioshock Infinites’ expansion caught me off guard and while I thoroughly enjoyed the additional game play, my heart was just crushed.

GMM: The holidays are coming, and many of us will be exposed to family members we may not have seen through much of the year. Has your family been generally accepting of your nerdy ways, even going so far as to support them, or have you had loved ones shaking their heads or giving you perplexed looks?

JC: They’ve always accepted my nerdy ways although it took me getting a career in “the ‘biz” to get them to respect it. And even despite that I don’t think they totally understand why and how I can make money doing this kind of work. My grandmother still has no idea what I do.

GMM: Do you have any particularly entertaining/embarrassing holiday stories from your past?

JC: My family is BIG into giving gag gifts. The worst was one year my parents had gotten a box for a Super Nintendo and filled it with a rock and wrapped it to give to my brother. Needless to say, that was quite an interesting Xmas morning. Luckily for my brother my parents had wrapped the actual system up in something else, so it was just a temporary scare. That said, I don’t think I’ve ever seen a person go through so many levels of different emotions so quickly!

GMM: What was the worst gift you have ever received, if you are at liberty to say?

JC: The worst, because it made NO SENSE, was when I was 12 and my grandparents got me Xmas hand towels. They were beautiful towels that I would really appreciate now but as a 12 year old, I was all,”Whhhhhaaaaattt???”

GMM: What do you think is the best way non-geeky parents can support their young nerdlings?

JC: I think acceptance is key. Just because your child is into video games, comics, or whatever doesn’t automatically make them an outcast. Nor does it mean you should attempt to force them to like other things. Instead, appreciate that they have a passion for something at such a young age and, as with EVERYTHING, keep an eye on who they’re chatting with and what they’re doing.

GMM: Any ideas for parents who might not know what to get their kids?

JC: I’m a big fan of forcing people to give me Xmas lists. Some may think that kind of kills the holiday spirit but I would rather give someone something I know they want, instead of guessing and having them go to return it on the sly.

That said, if you’re struggling for ideas, I find ThinkGeek.com always has something amazing. There are also some fantastic games out this holiday season: Destiny, GTAV remastered, Dragon Age: Inquisition, Smash Bros., FarCry 4… Just remember to buy the game that is age appropriate for your child. And, of course, the Nerdist t-shirts and hoodies are a guaranteed winner 😉 !

JC: Again, I’d say that if you have a gamer on your hands, check out the holiday release titles! ThinkGeek.com and DudeIwantThat.com are AMAZING resources for crazy/geeky gifts. Also, if your kids or significant other have a Pinterest or Keep account, check out their boards and BAM! Instant present list (I actually can’t recommend this tactic enough). As for Nerdist.com, my big faves at our store is our Nerdist digital gift card, our coffee mug and our Enjoy Your Burrito t-shirt. Especially for geeky women, I find our shirts fit quite well which isn’t always the case for ladies looking for fun tees.

GMM: If you could get ANYTHING for a holiday gift, what would it be?

JC: I’m currently asking for a very specific trip to Japan. One where I can go to the Kansai area (specifically nearby Kyoto) and stay at one of the traditional hot springs there. I’m thinking about 2 weeks. Otherwise, I’m down for a solid 4 days of non-stop leveling of my Dragon Age: Inquisition warrior (I’m a tad obsessed at the moment).

Thanks so much to Jess Chobot for taking the time to chat. And do go over to Nerdist.com and watch her Nerdist News segments. You won’t regret it!

Jessica Chobot currently serves as host for Nerdist News over at Nerdist.com, as well as a freelance host for both TV and web. Jessica spent the first half of her career at IGN Entertainment where she hosted the popular web shows, IGN Strategize and The Daily Fix. From there it was only natural for her to jump into television where she hosted G4TV’s Proving Ground, alongside Ryan Dunn, and as a field correspondent for G4’s Attack of the Show and X-Play. 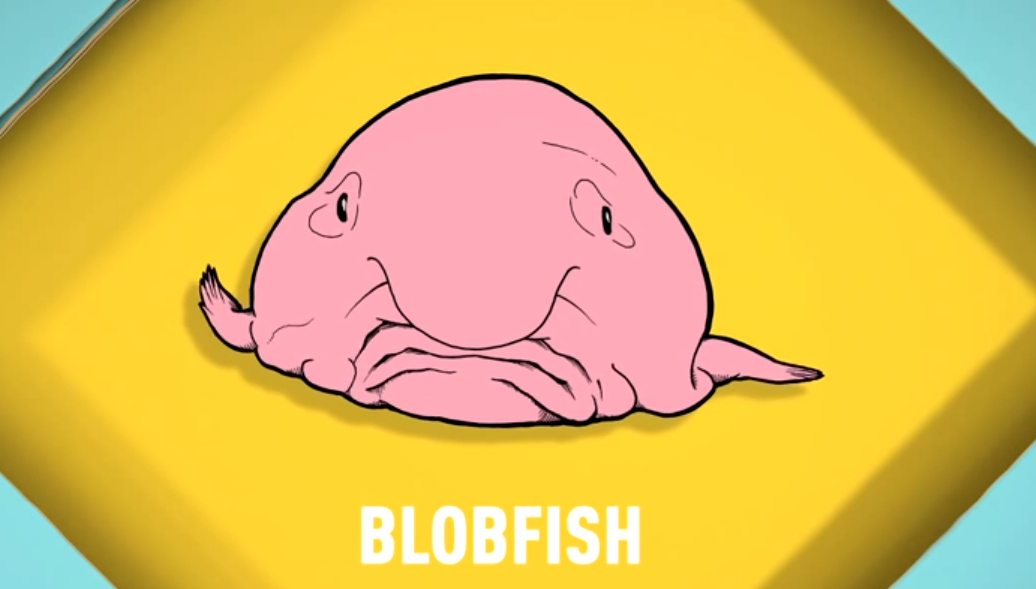 Songs for Unusual Creatures: The Incredible True Story of the Blobfish