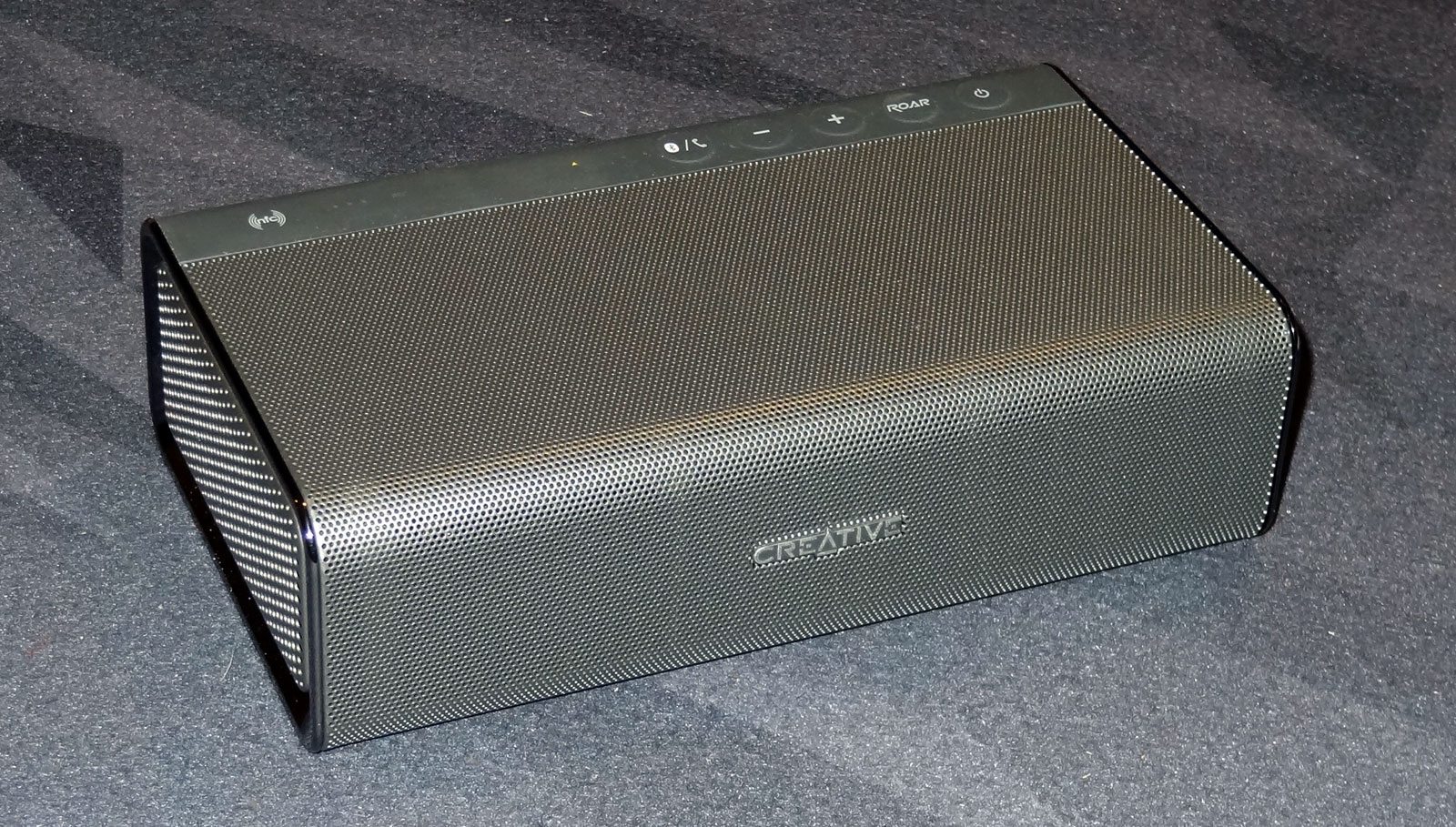 I’m kinda slow with gadget reviews–it usually takes me a while to see how well (or whether) a device fits into my life and really becomes useful. There are some devices that immediately become indispensable, and others that seem incredibly cool but just aren’t for me. And, of course, there are some duds that just don’t live up to the buzz. Here are a handful of gadgets and gizmos that I’ve gotten to try out in the past few months.

I’ve tried a whole bunch of Bluetooth speakers, despite the fact that my favorite soundtrack for work is, in fact, silence. (Hard to get since my desk is currently in our dining room, the family hub of my home.) When we want to listen to some tunes, though, it’s nice to have a portable speaker I can move from room to room. I’ve been disappointed in the sound quality of many of the speakers I’ve tried (might as well use the built-in speakers on my Mac), but I have a couple go-to speakers now. For portability, I still like the Logitech UE Boom, which was in our holiday gift guide last year–it’s not tiny, but the form factor is easy to pick up and the sound is pretty nice.

This year, though, I got to try the Creative Soundblaster Roar, and I was really impressed with the sound quality. It’s about twice as large as the UE Boom, sort of like a chunky hardcover book, and fairly heavy. It actually has five speaker drivers (including a subwoofer), and because it sits on the large side, it can really blast without knocking itself over or buzzing against the surface it’s resting on. Also nice: it sounds great even at low volumes.

It’s not so big that you couldn’t take it out to the park or use it as a boombox, but it definitely won’t fit in your pocket and you wouldn’t want to lug it around in a backpack all day. It’s got a bunch of other features: built-in MP3 player from a MicroSD card, NFC connectivity lets you connect without opening up your Bluetooth panel, sleep mode that fades out before shutting off, and even a sound recorder. You can connect multiple devices to it via Bluetooth so that you and a friend can play DJ together. But the best part, really, is simply the sound quality you get out of a box this size.

You can find out more about the Creative Soundblaster Roar here; it’s also available from Amazon for $129.99.

I got an iPhone 5s this year, which meant I had to start dealing with Lightning cables in addition to the 30-pin cables I’m still using for my iPad. Those white Apple cables all look the same when they’re tangled up on my desk, and I have to be careful how I bend them so that the rubber doesn’t crack (particularly at the connection points). So I’m a fan of the Kaebo, a Lightning cable from Juno Power. It’s a nice, durable cloth cable, a meter long, that comes in three different shades. The cable is a little stiffer than the rubber Apple cable and it doesn’t tangle up as easily, and I don’t have to worry so much about throwing it into my bag.

Another handy gizmo is the Kero Nomad Cable. It’s a rubber Lightning cable that’s only 3″ long, and the USB cap has a loop that fits on your keychain so you’ve always got it with you. It’s handier if you use a laptop (I don’t), because you can just plug in your phone on the table next to you, but it’s also handy just to have a backup in case your battery’s low while you’re out and about. I’ve seen a couple of similar devices, so this is just one version I happened to try out.

I use my old iPad 2 quite a bit, and so do my kids, and usually it’s just propped up slightly on the table, which isn’t great on my neck. The iStabilizer tabArm lets me raise it up off the desk or table and position it at any angle. It’s been useful for keeping my hands free during a video chat, holding the iPad while I use it for a recipe in the kitchen, or even holding it up while my kids play games.

What I found really cool about the tabArm, though, is that the position adjusts with a single knob. After you clamp it onto a surface (the clamp also has an angled grip so you can clamp it to a pole if you like), you turn the large wingnut at the center joint. That releases the center joint, plus the ball joints at either end. Hold the tablet in whatever position you want it, tighten that one wingnut, and all of the joints lock in place. I don’t know how it works, but I like it. No need to adjust every joint individually, hoping that you wind up with the right position at the end.

The tabArm isn’t cheap, though: it retails for $99.95. But if you use your tablet a lot and could benefit from having an arm to mount it on, this is definitely a nice way to do it. Currently iStabilizer has it on sale for $79.95.

I’m a GoPro amateur, but with two kids in roller derby I need to get up to speed. The Steadicam Curve is designed to work with GoPro cameras so that you can shoot video on the move without the usual shakiness. Adjustable weights let you get the right balance for your camera, which mounts on the top (case not included). You hold the handle, which is connected to the curve and mount with a ball joint, and a small indentation in the back lets you maneuver the camera with your thumb (or use your other hand). It’s still easier said than done, though. I’ve been practicing and my videos are still kind of wobbly–but the wobbles are smoother than the jittery videos I get without it. The jury’s still out on this one, but I’m going to keep at it a little longer. Probably a larger steadicam would keep it even more stable, but I like the fact that this one is compact. It retails for $99.95. 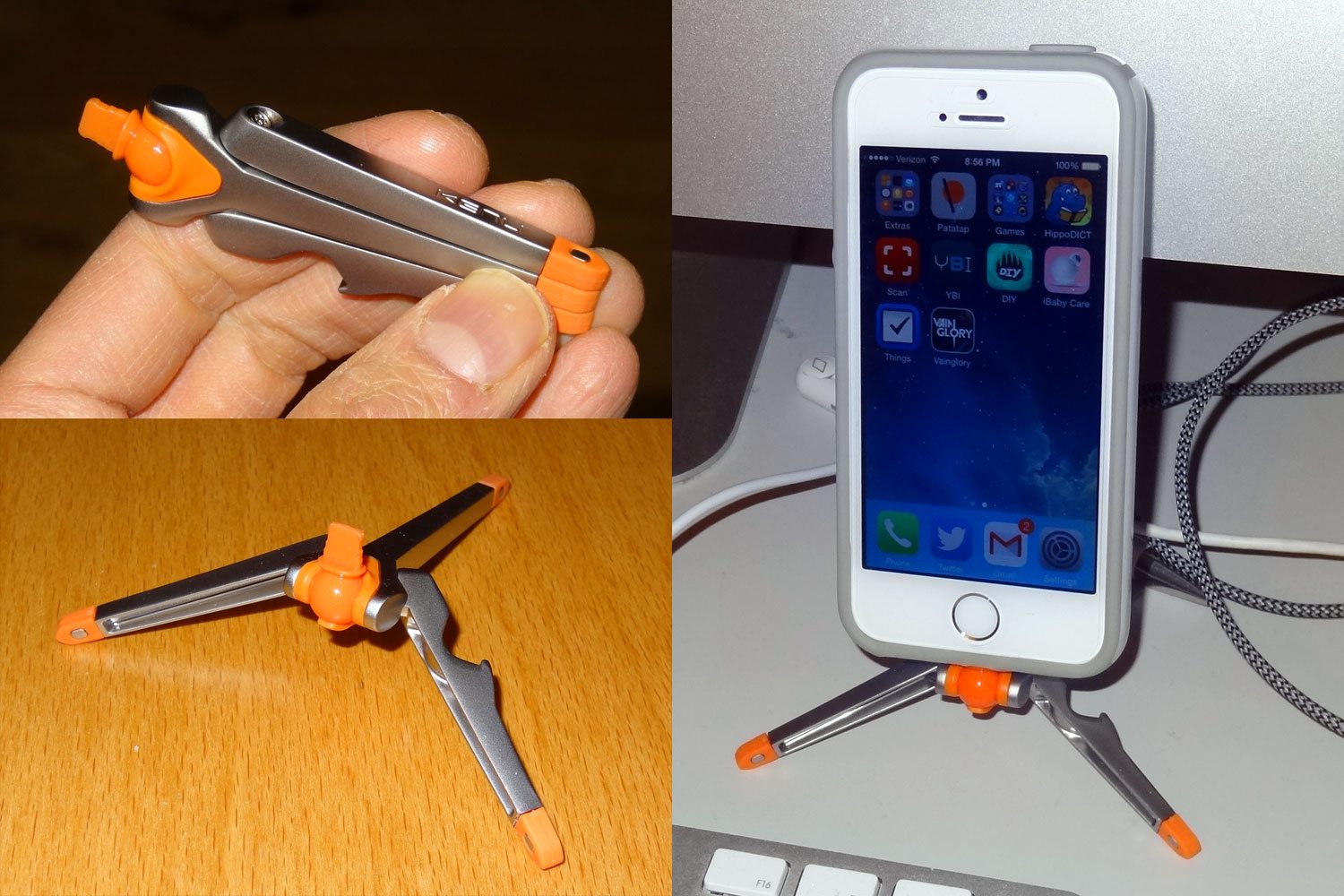 Put this one in the “sort of goofy, but cute” category. The Kenu Stance is a little fold-out tripod for your iPhone. It has a plastic plug the size of a Lightning adapter, and two of the legs fold out to create a low-profile tripod. The plug can be tilted and rotated to different angles, though of course you’re limited by the weight of your phone–especially if you’ve got an enormous iPhone 6. You can turn your phone horizontally and use the Stance to prop it up. (Oh, and it doubles as a bottle opener when folded–think of it as your beer selfie enabler.) I like having it on my desk so my phone is propped up next to my monitor. I don’t know if it’s really worth thirty bucks, but if you’re using an iPhone then you probably like small, expensive, well-designed gizmos.

Focal Upright makes several types of leaning stools–they’re designed to support you in a a not-quite-sitting, not-exactly-standing position. After I wrote up the Wobble Stool, they contacted me about trying out one of their stools. I decided to give the Mogo Upright Travel Seat a shot, because I didn’t think their other leaning stools would fit quite as well in my dining room/office, but the Mogo is something I could store out of the way.

The Mogo is interesting: the seat screws onto the top of an adjustable pole, and at the base is a large rubber foot that can be reversed into a cleat if you’re outside on turf or dirt. It’s really light–about two and a half pounds–and folds down to 18″ long. When collapsed, the seat clamps onto the side of the pole.

I’ve been using it at my standing desk lately, and I like it. There are a couple caveats, though, some of which may not apply to you. I have a cushioned floor mat at my desk, and depending on the angle I’m leaning, sometimes the mat will slide away. Also, the molded seat has two holes in it (to reduce the weight, perhaps?), and my toddler finds it amusing to walk up below me and poke her fingers through the holes, which isn’t conducive to getting work done. So mostly I use the Mogo when she’s not in the room.

The Mogo is $125, which is significantly cheaper than Focal’s other freestanding options, but you’ll also need a place to stash it when you’re not using it because it will just fall over. I’ve been standing it upside down beneath my desk, or collapsing it down.

The iBaby is a video baby monitor that uses your home’s wifi network to send video and audio to your iPhone or iPad. (There’s a beta version of the Android app available, but you’ll need an Apple device to set up the camera at first.) Setting up the iBaby is a snap–just plug your iPhone or iPad into the USB port in the base, open the app, and share the wifi connection. The bulbous body sits on a magnetic base that keeps it upright, and the top half swivels on an almost invisible seam that makes it seem, well, slightly creepy.

The app lets you pan and tilt the camera by swiping the screen, though response can be a little slow and the camera pans through some fixed positions rather than allowing continuous control. The resolution is decent and there’s automatic night vision so you can see in the dark. What’s more, you can take snapshots or even record video from the camera with the app, plus use the talkback feature to talk. Or you can even play a song–the speakers is pretty nice for a monitor–you’re limited to the built-in iBaby lullaby or recordings you make through the app. It’d be nice to be able to link my iTunes list and pick a song to play.

I’m still using my VTech VM333 video monitor mostly–I wish I could get the resolution of the iBaby and view it on my iPhone, but have the better camera motion control of the VM333. Still, if you’re looking to splurge on a video monitor, whether for your baby or just as a home security camera, the iBaby can be a handy device. It retails for $199.95.

All photos by Jonathan H. Liu. 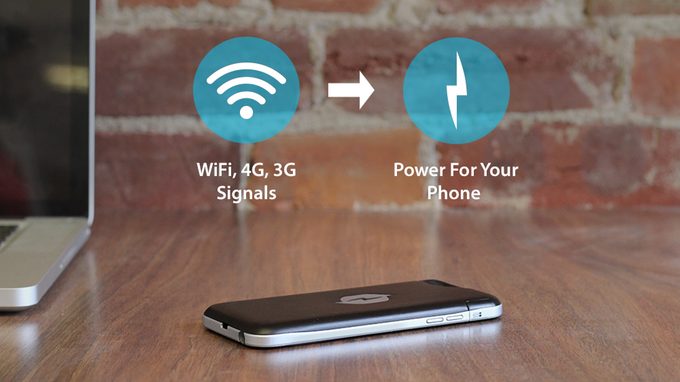 3 Battery Innovations That Could Change Everything (or not) 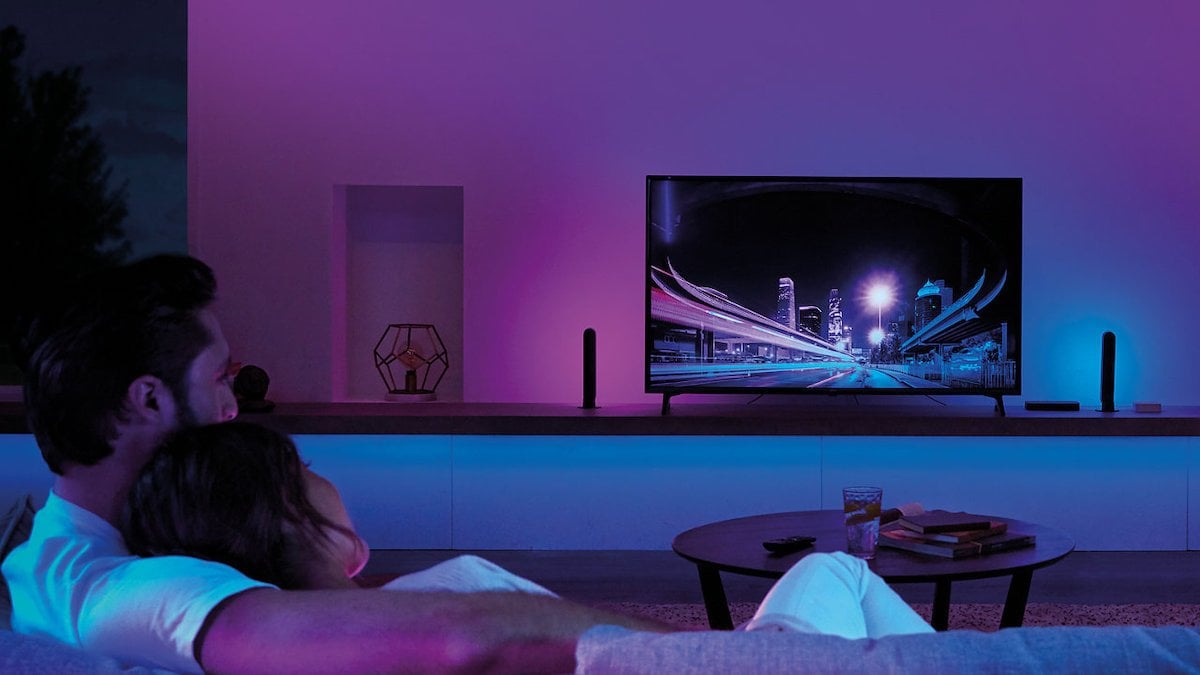 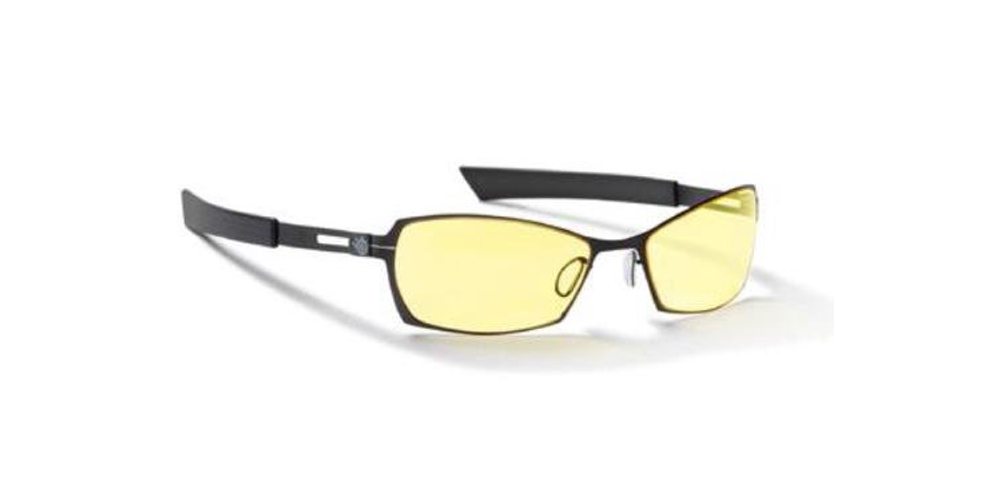