As film critics everywhere wrap up their accounting of the year’s best movies, I thought I’d offer my own “best of” list in the form of the top ten geek-certified films of 2014. Instead of choosing titles that appeal exclusively to the academic side of my film obsession, I instead selected ten movies that represent the geeky side of film, from superheroes and sci-fi to the post-apocalyptic and dystopian.

Bear in mind that these films range from all-ages appropriate to appropriate only for those 17 years and older. I’ve included age ratings for some titles from Common Sense Media.

Some have classified Terry Gilliam’s The Zero Theorem as the third film in what’s come to be known as the Brazil trilogy. This unofficial classification seeks to group the director’s dystopian works, Brazil, 12 Monkeys and now The Zero Theorem, into one overlapping Gilliam-verse. While it’s an idea worth further examination, I’d argue that each film uniquely stands on its own. The Zero Theorem is a strange bit of cinematic magic like only Gilliam could provide. Beyond its deeply complex Orwellian vibe and intense, existential malaise, The Zero Theorem is nothing without Christoph Waltz’s manic turn as the programmer Leth. Juxtaposed with Gilliam’s frenetic, almost farcical direction, wondrous dystopian set pieces and numerous surprise cameos, Waltz plays Leth with a discomfort and vulnerability that challenges us to stay grounded in a film that tries to lose us in its chaos. If you can pass Gilliam’s test, I think you’ll find something special on the other side. The film is rated R and appropriate for those 17 and older. 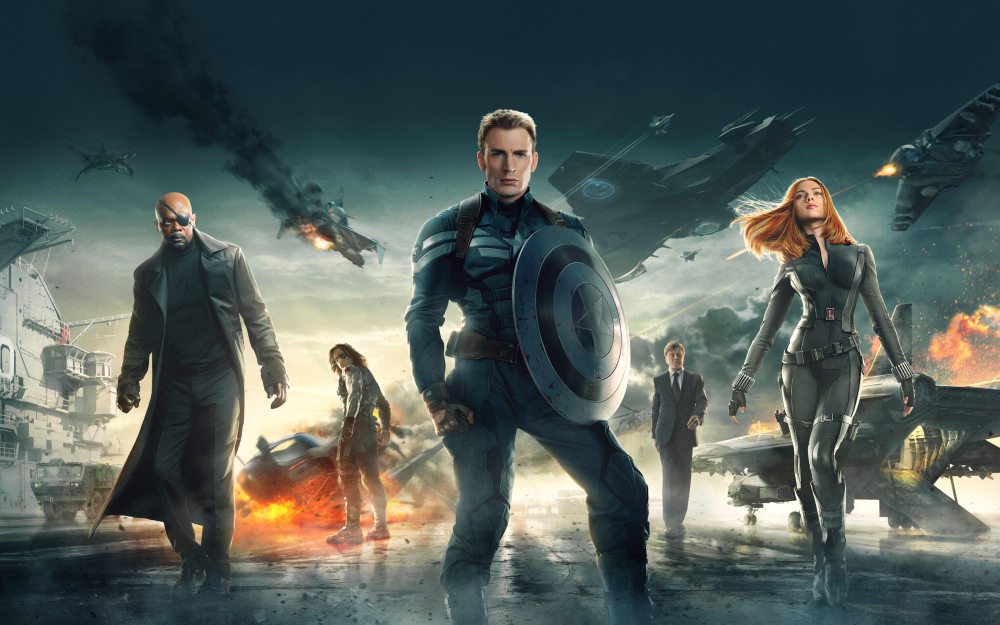 With Captain America: The Winter Soldier, the Russo brothers managed to take the aliens and intergalactic foes dominating most superhero films today and cast them aside for something more down to earth. Adding on heavier parts for Black Widow (though she still needs her own movie) and Falcon, The Winter Soldier is as much action movie or spy thriller as it is superhero film. Here, Captain America, Black Widow and Falcon are fighting the very real threats of corruption and abuse of power alongside the more traditional supervillains of Hydra and elements of Ed Brubaker’s celebrated Winter Soldier arc. It’s refreshing to see a tent pole superhero film willing to focus on story over spectacle. The film is rated PG-13 and appropriate for those 13 and older.

Disney’s Big Hero 6 took a little-known Marvel comic and turned it into one of 2014’s most enjoyable films. Kids and parents alike will delight in the fun, action and poignancy of this big story about science, love and friendship. This movie is packed with geek-certified details: from its robotics expert protagonists to subtle nods to other Marvel heroes like Iron Man and the Hulk. Thankfully, in this cinematic landscape dominated by sequels and reboots, Disney has once again taken the charge towards creating original family films. The film is rated PG and appropriate for those 7 and older.

The Congress was one of 2014’s most unexpected surprises. This French-Israeli film from the director of Waltz With Bashir blends live-action with animation to tell one of the most original and meta stories of the year. Robin Wright plays a fictionalized version of herself who is asked by a movie studio to sign away her likeness forever. Her face, body and emotions are motion-captured and used to create a digital rendering of her likeness to be used in future films. When her contract is about to expire decades later, Wright enters the animated world that has overtaken humanity in an attempt to find and reclaim her identity. This movie is strange and wondrous and a frightening take on the issue of digital rights. The film is Not Rated and appropriate for those 16 and older.

6) Dawn of the Planet of the Apes

Dawn of the Planet of the Apes has everything a Planet of the Apes fan could possibly want. This movie has apes on horses, apes wielding machine guns, and hierarchical ape societies at the center of one of the franchise’s most exciting installments. Picking up where Rise of the Planet of the Apes left off, the film opens on a world in turmoil, where disease has eradicated much of the human population. At the heart of the film are Andy Serkis as Caesar and Toby Kebbell as Koba, both motion-capture performances that translate into two of 2014’s most emotional roles. The film is rated PG-13 and appropriate for those 13 and older. 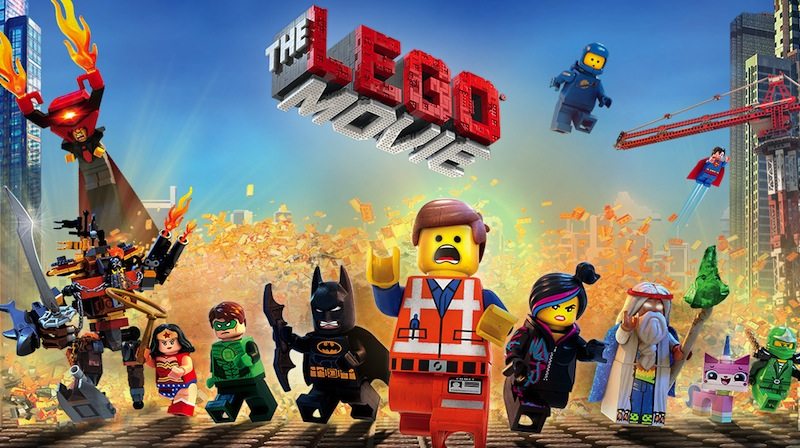 I’ll admit that when I first heard Warner Bros. was making The LEGO Movie I had no interest. The idea of it, at a time when toy-based movies like Transformers and Battleship were sucking the life out of original film, seemed like yet another feckless money grab. Boy, was I wrong. The LEGO Movie actually turned out to be the best-animated film of 2014 and one of the funniest, most original family films I’ve seen in years. Phil Lord and Chris Miller’s writing took what could have been a terrible idea and constructed a fresh story rich with ideas and parables perfectly aligned with the LEGO brand. Throw in a ton of licensed cameos from Batman and Wonder Woman to Star Wars and Ninja Turtles, and everything is awesome! The film is rated PG and appropriate for those 6 and older. 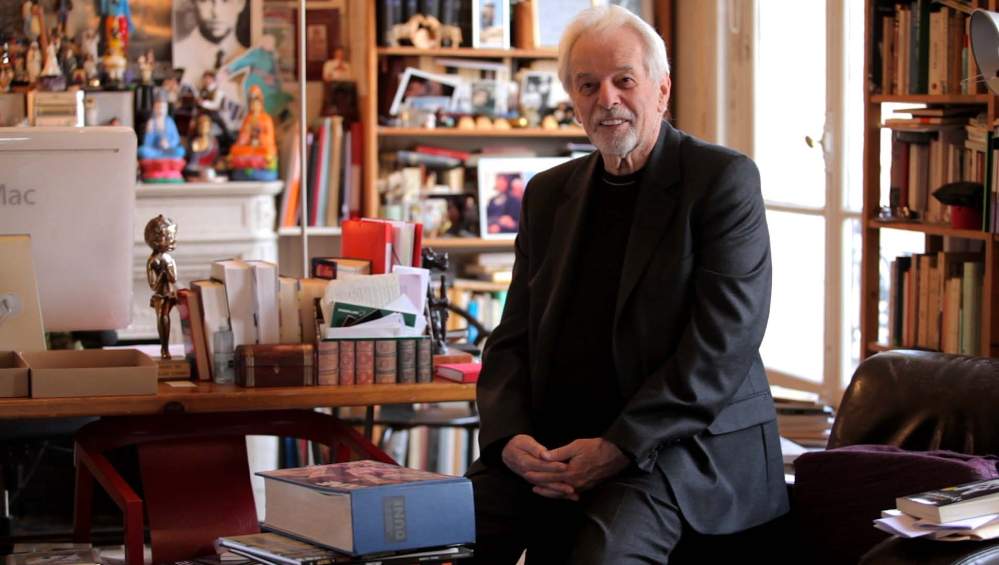 I love films about films and when it comes to Jodorowsky’s Dune, there’s never been one quite like it. Alejandro Jodorowsky is one of the most visually indelible filmmakers of all time, so when he planned to adapt Frank Herbert’s Dune into a film in the 1970s you better believe he had a vision. For various reasons the film was never made, but Jodorowsky has held onto his vision, including original concept art from H.R. Giger and Jean Giraud, and visual effects designs from Dan O’Bannon. Jodorowsky’s film was set to include original music produced by Pink Floyd and a cast including Salvador Dali, Orson Welles and Mick Jagger. Director Frank Pavich sat down with Jodorowsky and others to take us through what could have been. This is one amazing trip. The film is rated PG-13 and appropriate for those 13 and older.

Bong Joon-ho’s Snowpiercer is the wildest post apocalyptic film I’ve seen since Road Warrior. This violent symphony of action is set on a single train where the last survivors of a frozen planet earth traverse the globe in train cars separated by a strict class system. Sound crazy? It is, but Joon-ho makes it work through slick direction and a thoughtfully constructed set that becomes its own character in the film. Snowpiercer’s incredible cast is led by Chris Evans and features Song Kang-ho, Jamie Bell, Octavia Spencer, John Hurt, Ed Harris and a nutty yet amazing performance from Tilda Swinton. Beyond being one of 2014’s best geek-certified films, Snowpiercer is one of the years best, most socially driven films, period. The film is rated R and appropriate for those 17 and older.

Edge of Tomorrow is the best video game movie of all time, and it’s not even based on a video game. This sci-fi action extravaganza is set at a time when Earth has been invaded by an alien race and war has followed. A time loop caused by the aliens leads Major William Cage (Tom Cruise) to relive the same battle day in and day out. Once he meets up with the warrior Rita Vrataski (Emily Blunt), Cage learns that he must manipulate the loop in order to learn how to successfully beat the day. Sounds a lot like Groundhog Day, but the difference here is the action. For every reboot of time, or death, Cage must learn what he did wrong and make those adjustments the next day. It’s exactly like playing through and mastering a videogame. Doug Liman directs the action to avoid any monotony, expertly maintaining a consistent pace throughout the film. The film is rated PG-13 and appropriate for those 14 and older.

1) Guardians of the Galaxy 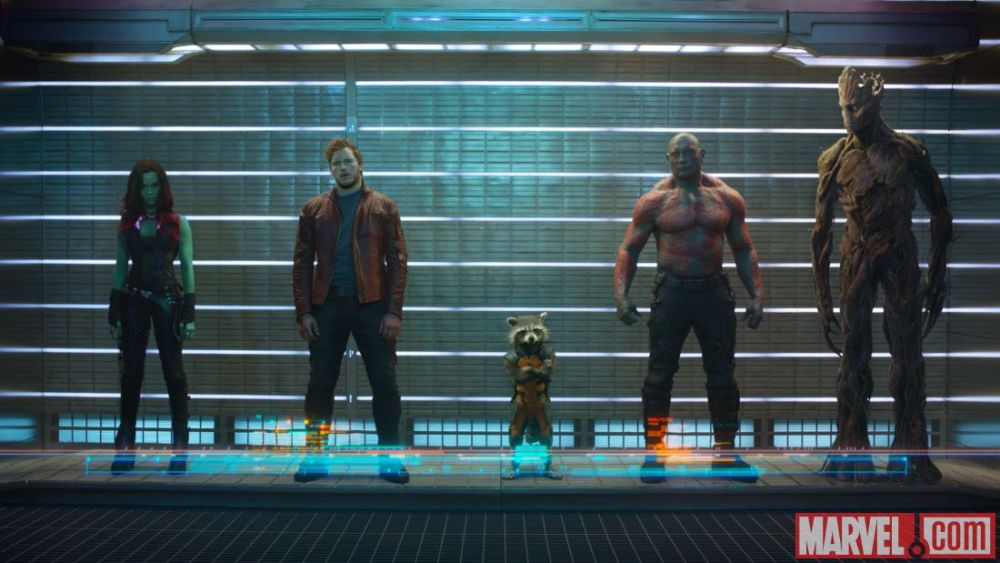 Guardians of the Galaxy was Marvel’s biggest gamble and somehow turned out to be the highest grossing film of 2014, and my favorite film of the year. How great it is to have a new film in 2014 take us to strange universes and let us mingle with an even stranger group of outcasts much like the Star Wars films did in the late ’70s and early ’80s. Guardians of the Galaxy, a movie full of wondrous worlds, bizarre creatures and antiheroes we can root for is exactly the kind of movie that has been missing for years. James Gunn saw that hole and filled it with the most hilarious, touching and awesome journey sci-fi fans have taken in a decade. “I am Groot” will forever be in our lexicon, and for that I’m thankful. The film is rated PG-13 and appropriate for those 12 and older.