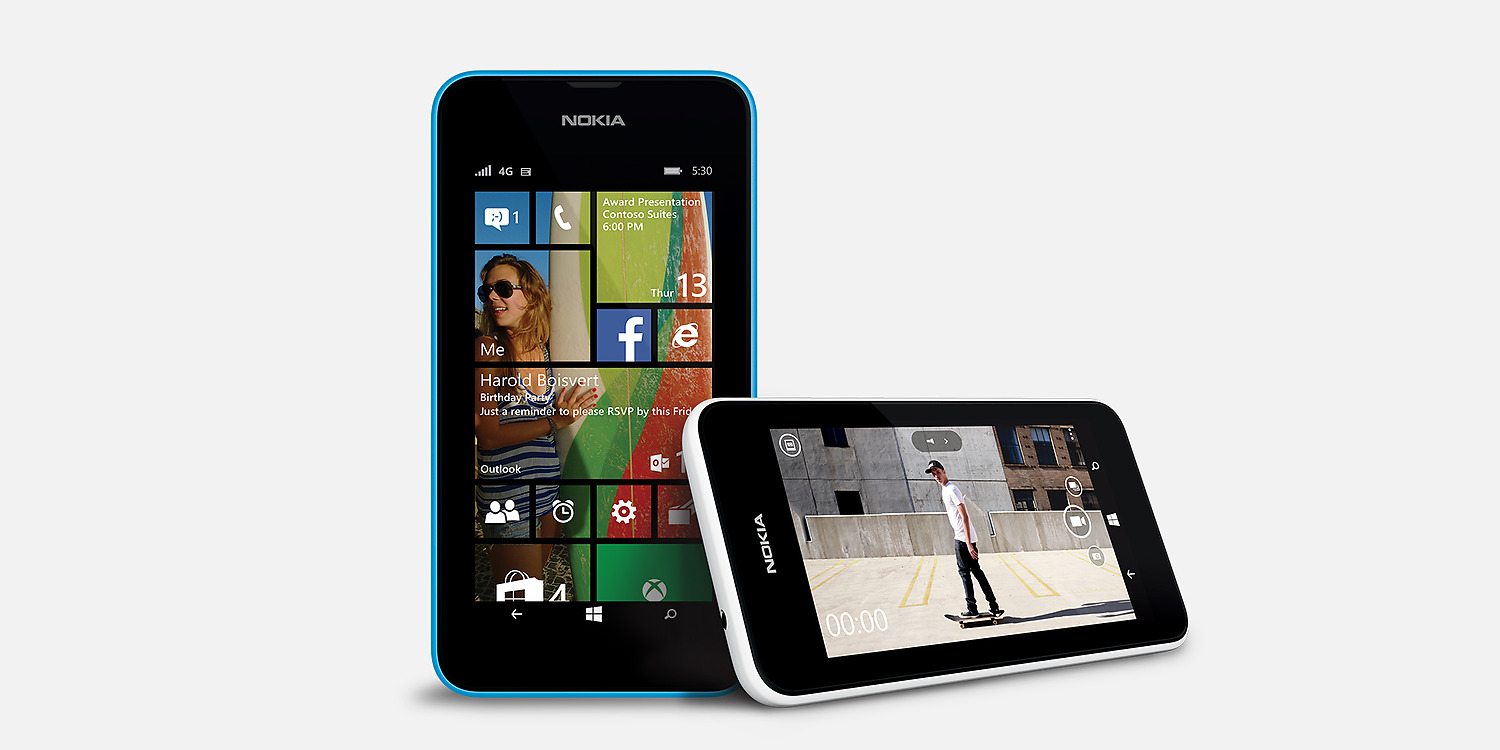 Pay-as-you-go phone deals are fantastic for younger kids who generally don’t need to use the phone that often. One great option is the Nokia Lumia 530. Built on the Windows 8.1 operating system, this phone is exceptionally affordable and can cover all basic smartphone needs.

While my computer is a PC, I have an iPhone. I’m one of those people who like different kinds of tools for different jobs. But I was very excited to try out a Windows phone that was affordable enough to hand off to your kid. Apple sure doesn’t offer one of those. Getting it set up did feel a little foreign, however. My kids and I, together, had to figure out how to put the SIM card in the back of the phone. I’m sure this is second nature to most of you out there, but there were almost no instructions to follow. The phone set up could have been a little more “this is my first Windows phone”-friendly, but we did figure it out. Being able to take the back off of the phone did feel weird, but I know some people prefer it that way. Plus, that’s how you access the battery and MicroSD slot as well.

Once the SIM card and battery are securely installed and you put the phone back together, it has a really nice balance and weight, and feels very natural in your hand. As with all non-iPhones that I have gotten my hands on, the quality of the light coming from the screen was different. Not better or worse, just… different. Not sure how to describe it. I think I found it odd because how the screen looks is affected by the angle at which you hold the phone. Something to get used to.

For those new to Windows phones but who have Windows 8+, the phone’s interface feels very familiar. Users can arrange and rearrange the tiles as they like, adding and subtracting as needed. In addition, for those who don’t want to spend the money on cellular calls, the phone also has an option for making calls over wi-fi.

No phone is complete these days without a camera, and the Lumia 530 has an effective one of these. It won’t replace your DSLR any time soon, but the built-in 5MP camera includes white balance, ISO, and more. You can also take videos and do what is called Smart Sequence, which is a time lapse series of photos.

Playing with Siri on my iPhone is great fun, but she’s not the best conversationalist, even while put into British mode, as I do. So, I was really excited to try out Cortana. Cortana required quite a bit of setup, unlike Siri, but I think that is to make it more effective in helping you. Cortana can help with a lot of things, but it doesn’t feel as intuitive to me as Siri. Still, if you like to have everything integrated, including reminders, news, music, and other interests, it’s a great option. Response time is very quick. You do end up with a lot of Bing results rather than a direct answer, but often this is a faster way to answer your question.

You can get full specs on the Microsoft website, but here are the basics:

The Nokia Lumia 530 starts at $49.99, and there is a prepaid version (from Cricket Wireless or T-Mobile) and contract version. At this price, you can afford to risk the hardware by giving it to an active child. I recommend this phone to anyone looking for an affordable starter smart phone for yourself or others. It does everything you need it to do, plus with room for adding additional apps through the Microsoft store.

Note: I received the phone for review purposes.